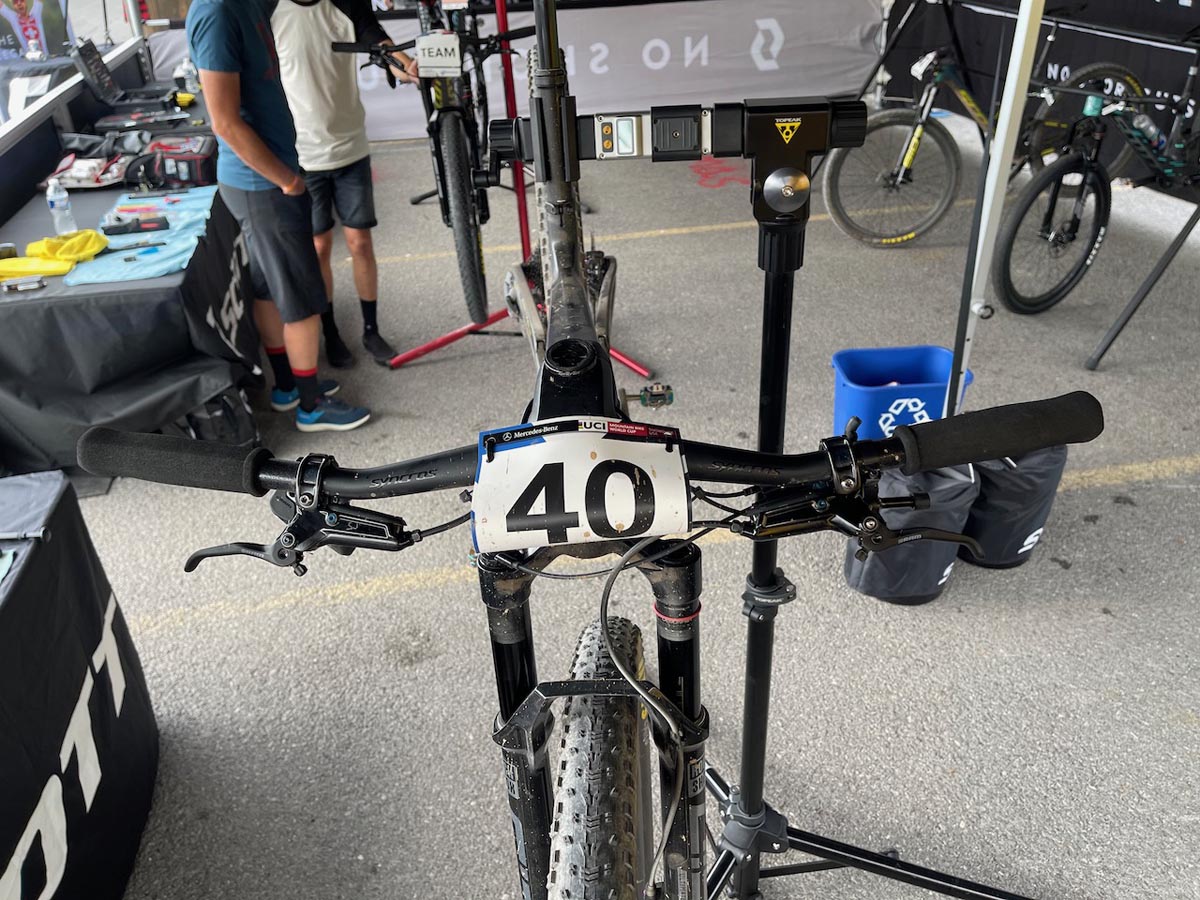 The Snowshoe World Cup week is solidly under way, and the pro race bike checks are starting to trickle in. While the DH double header may be the star attraction of the program, there is still plenty to be seen on the XC side as well. While taking a look at Lars Forster’s Scott Spark, Jordan noticed a peculiar setup at the brake levers… 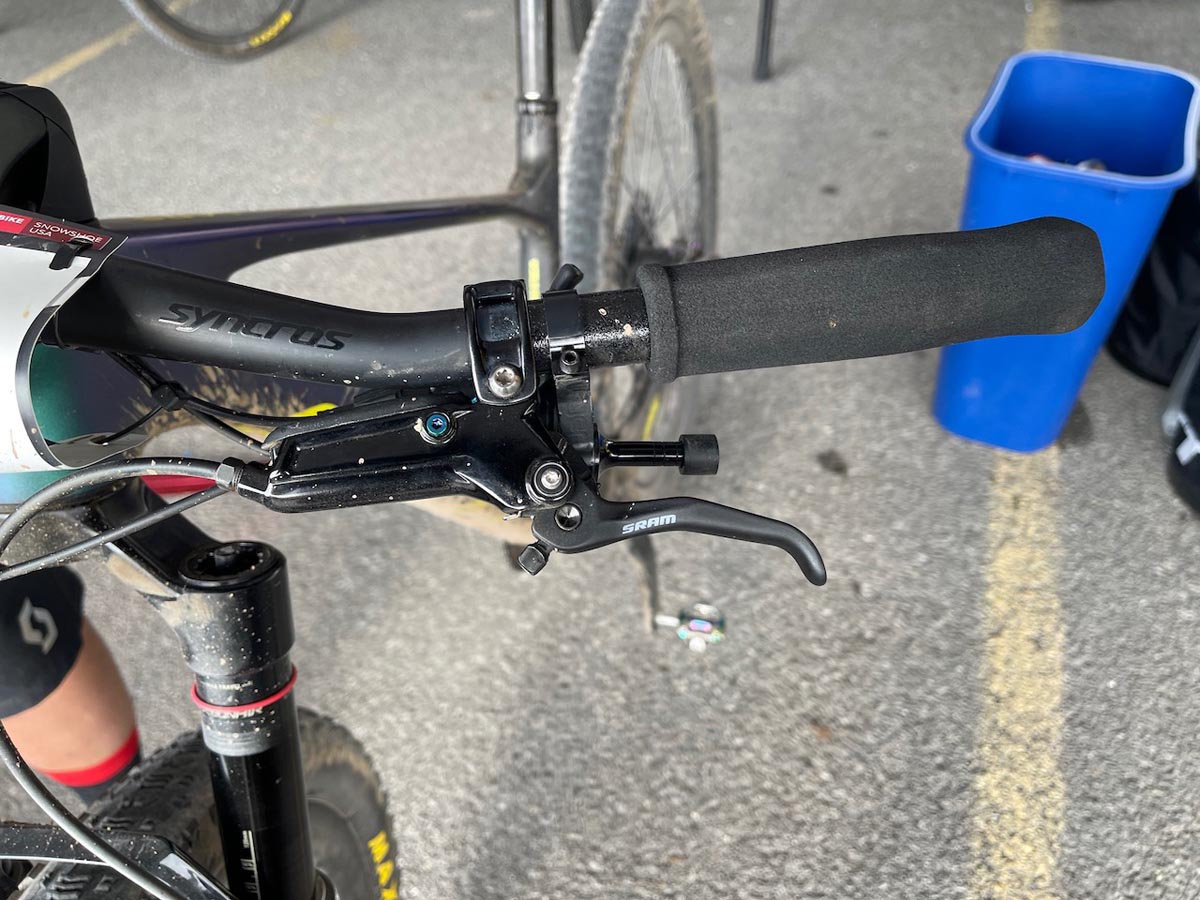 At the end of what appears to be a SRAM Level Ultimate lever, the hose on Lars’ brakes angles up instead of straight out like the current Level brakes. It’s quite possible there have been other changes to the lever (the Ultimate doesn’t include a tool-free reach adjust aluminum brake lever for instance, but for the post part the change looks to be an attempt to tidy up the front end of the bike.

The angled hoses allow them to hug closer to the bar, keeping a portion of the cable nest behind the number plate. It seems like this would be more beneficial on bars with bigger backsweep numbers which could be welcomed outside the racing world as well. 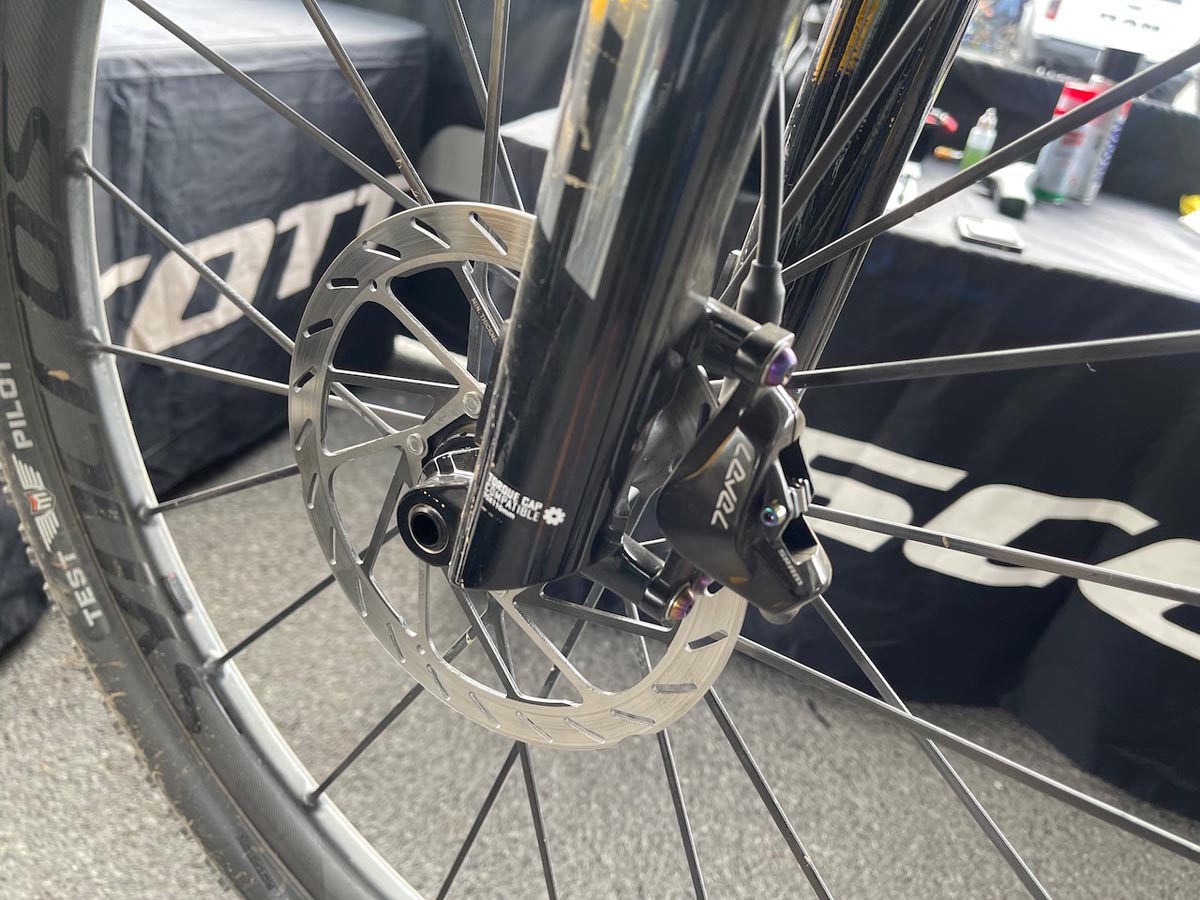 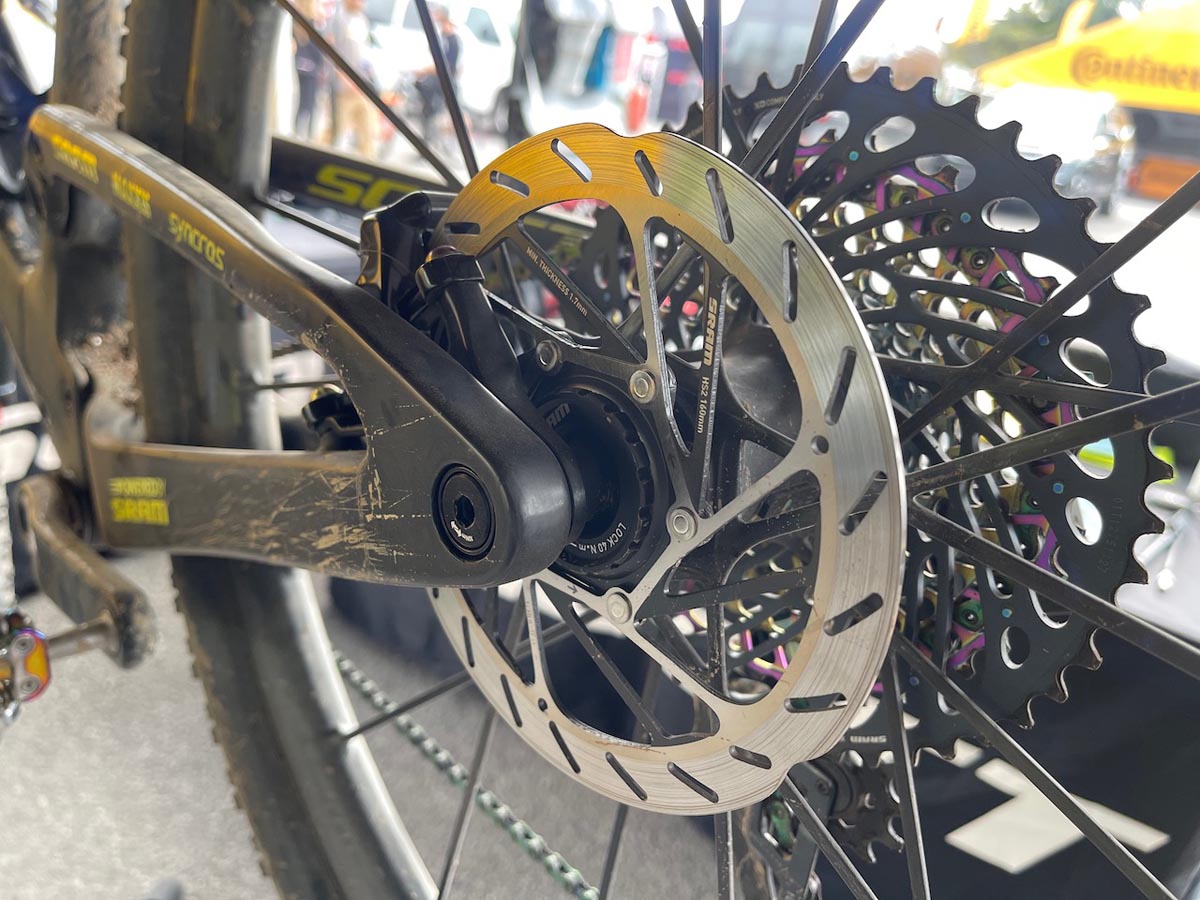 From the outside, the Level brake calipers appear to be unchanged, and Lars is running the new HS2 brake rotors. 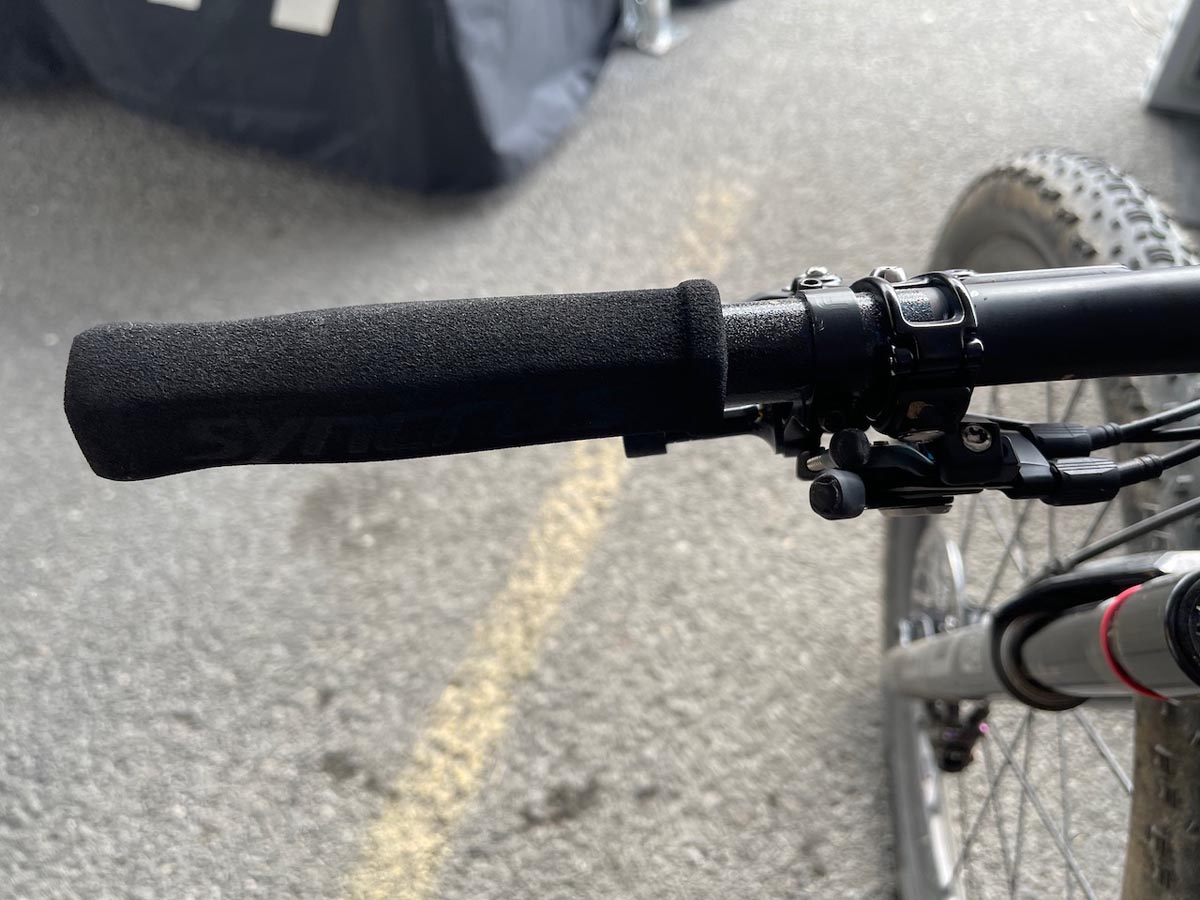 It’s hard to tell what’s going on at the TwinLoc lever, but this is certainly not the same triple TwinLock lever you’ll find on the new Scott Spark. Or at least, not without some modification. Complicating things is that Lars’ training bike and race bike have different setups. The training bike shown above uses a mechanical dropper post meaning that lever setup above does function as the TwinLoc 3, but with a different lever setup. His race bike uses an AXS wireless dropper, so where’s the remote? 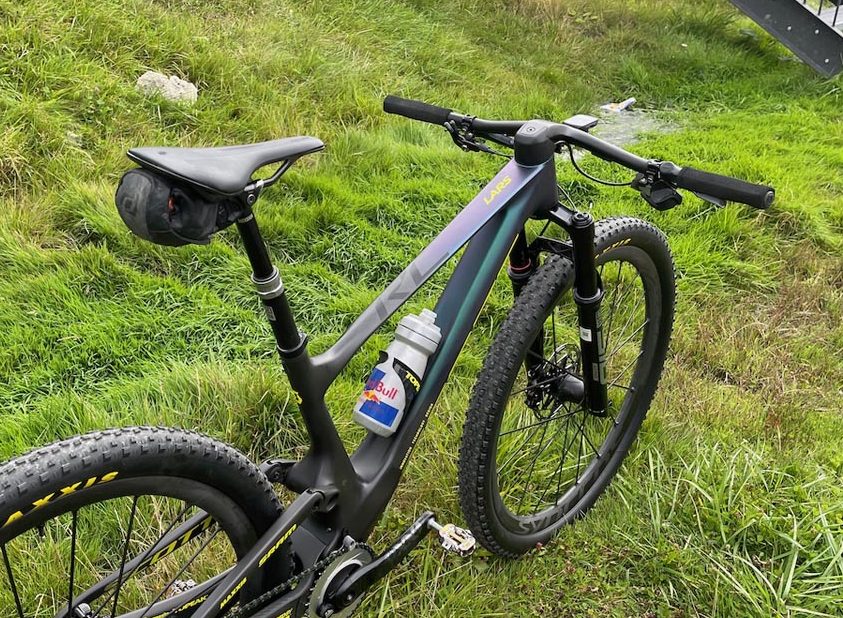 If you look closely, that appears to be located on the right side of the bar using a SRAM Blip set up. When we’ve seen this before, it’s required the use of a SRAM Blip Box tucked somewhere in the build. 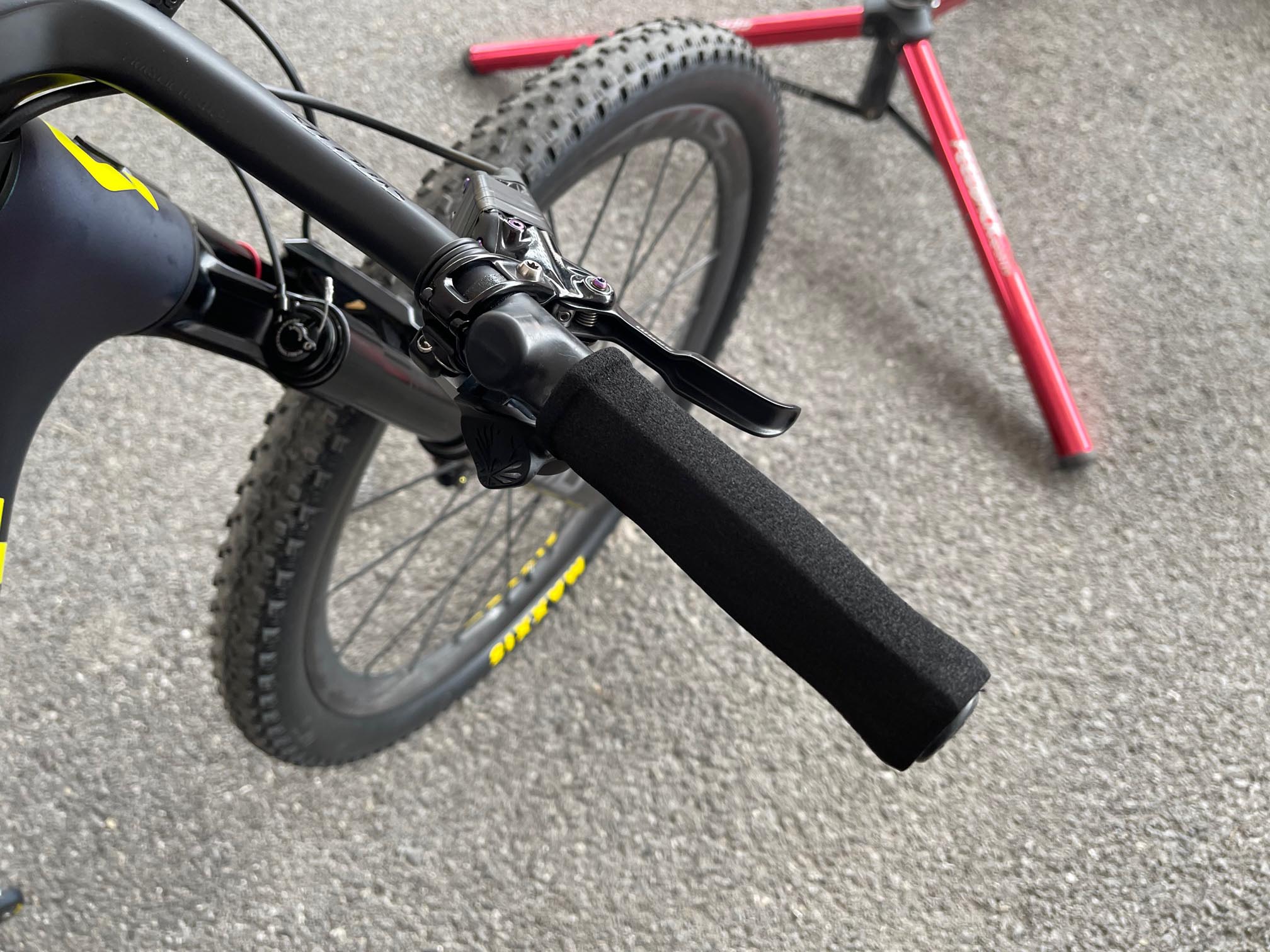 Now that the Blip Boxes are smaller, it appears that they can be taped right to the lever. Then a short length of cord is wrapped around the bar with the Blip secured under heat shrink tubing. 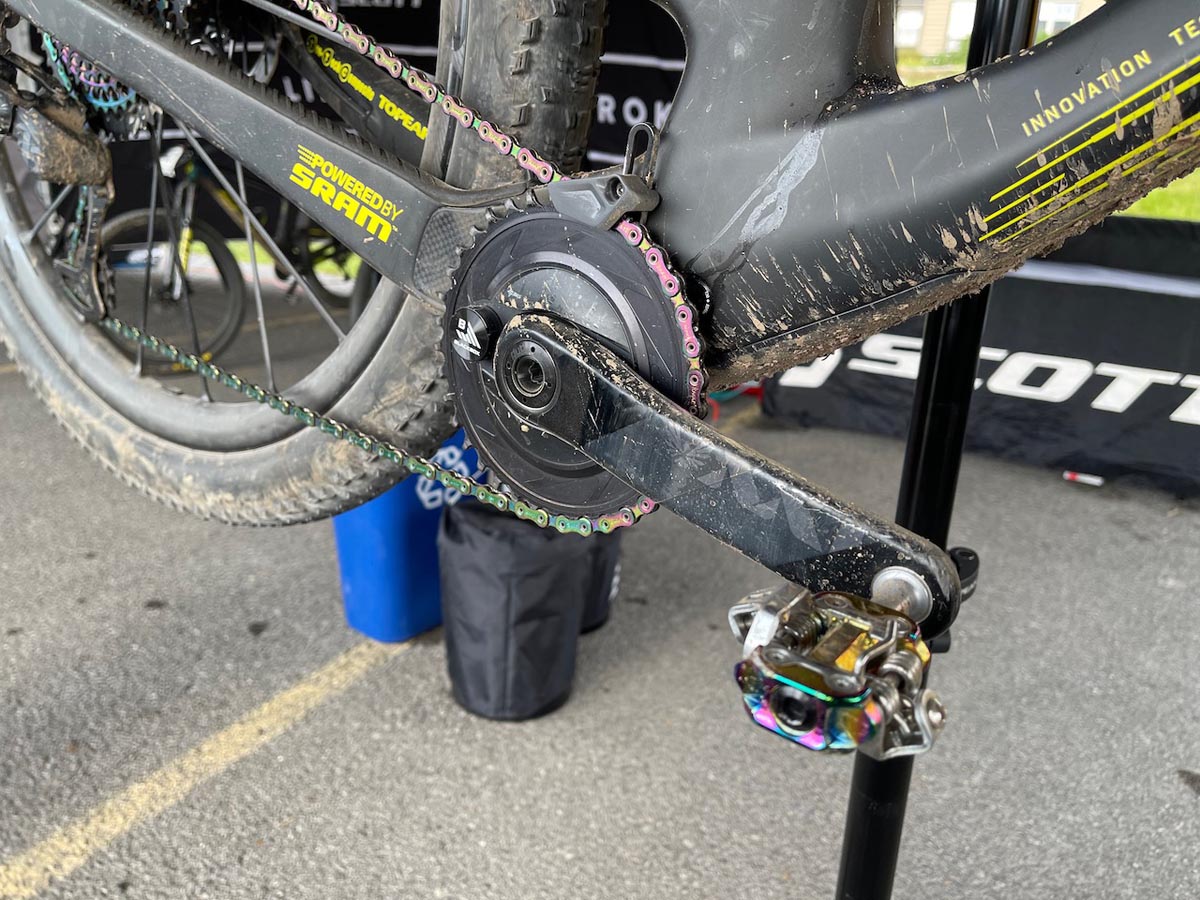 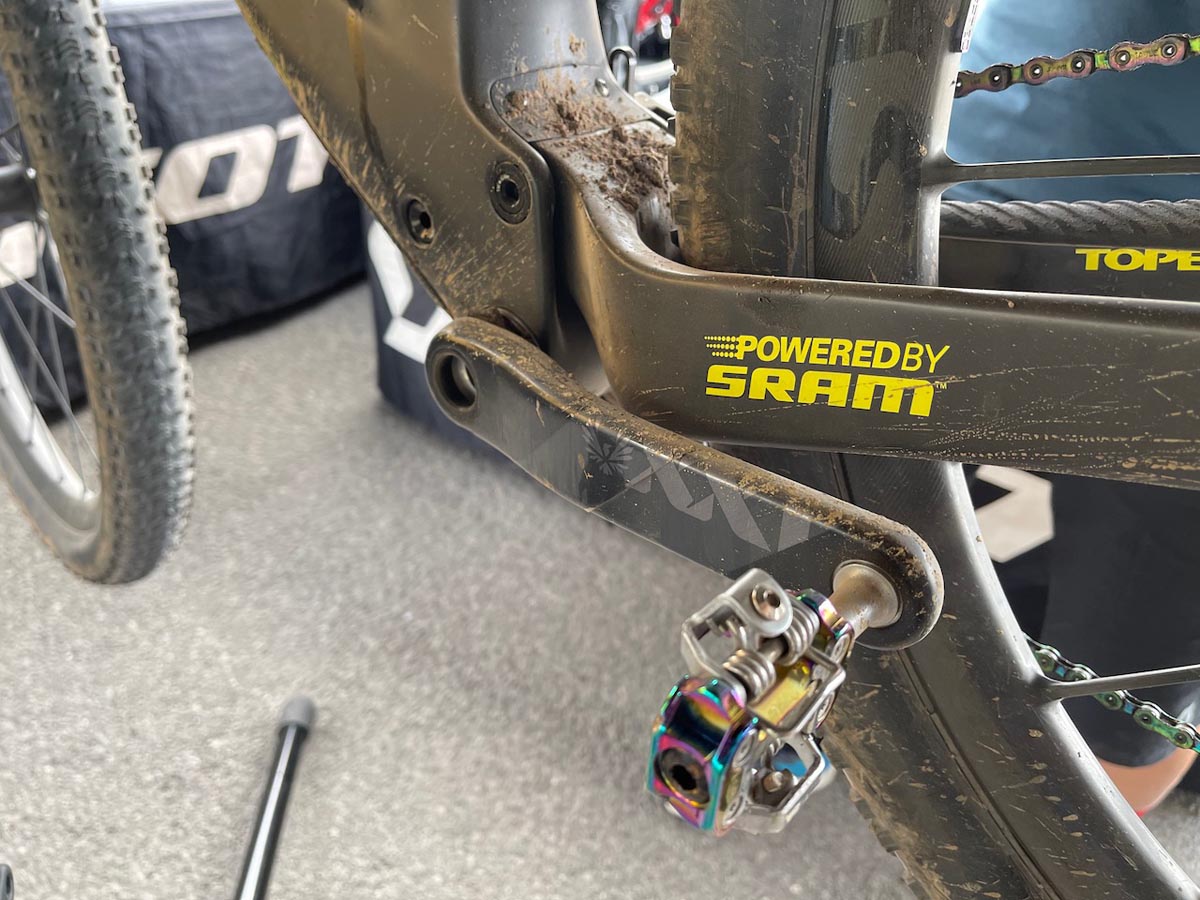 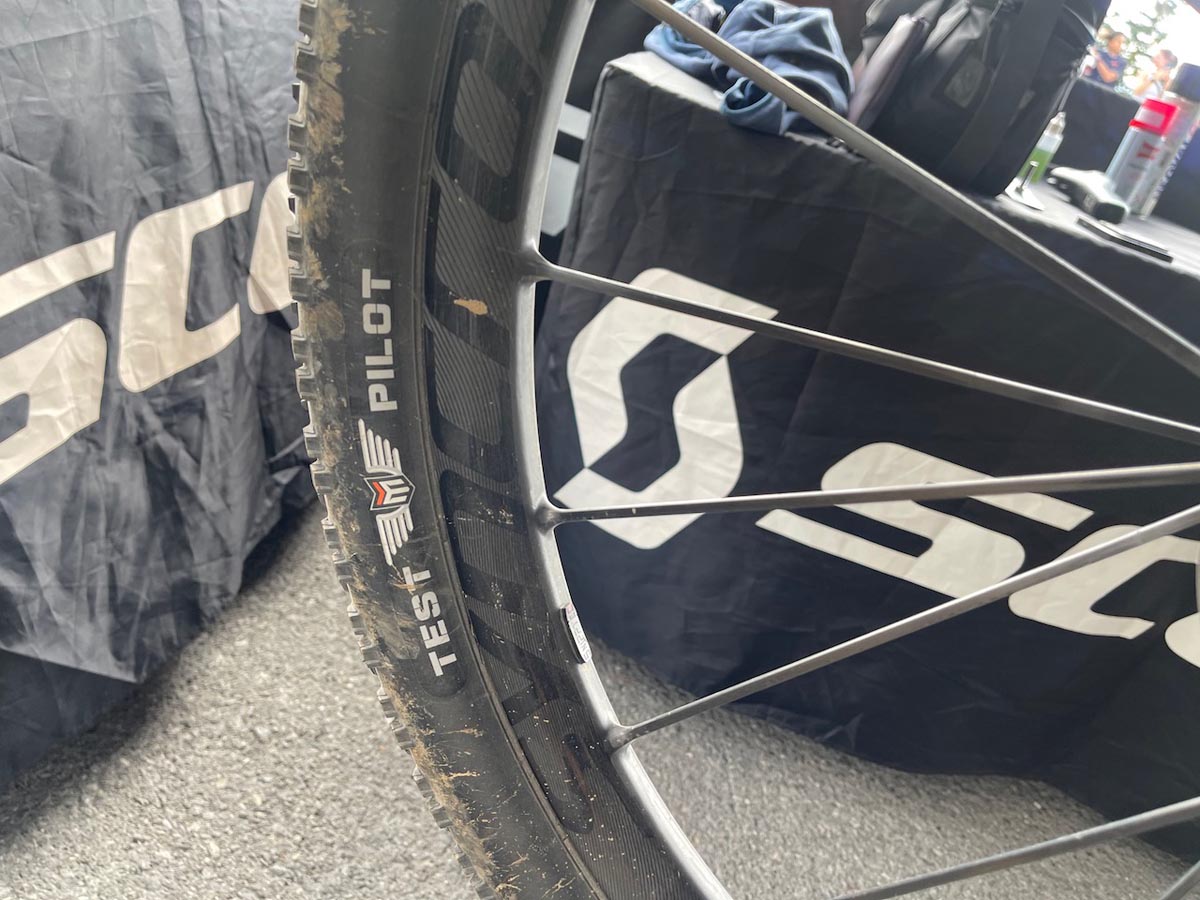 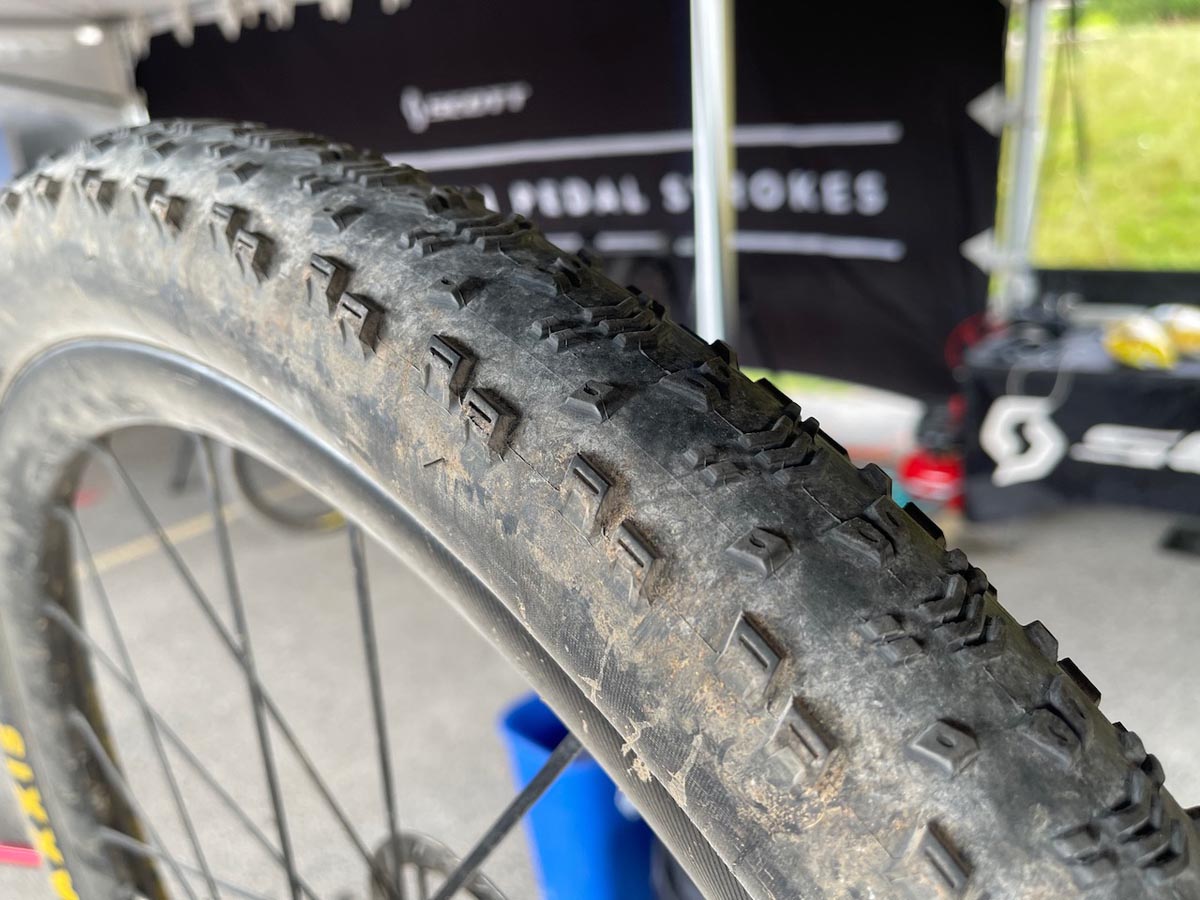 Maxxis’ Test Pilot hot patch indicates that these are not your off-the-shelf tires. 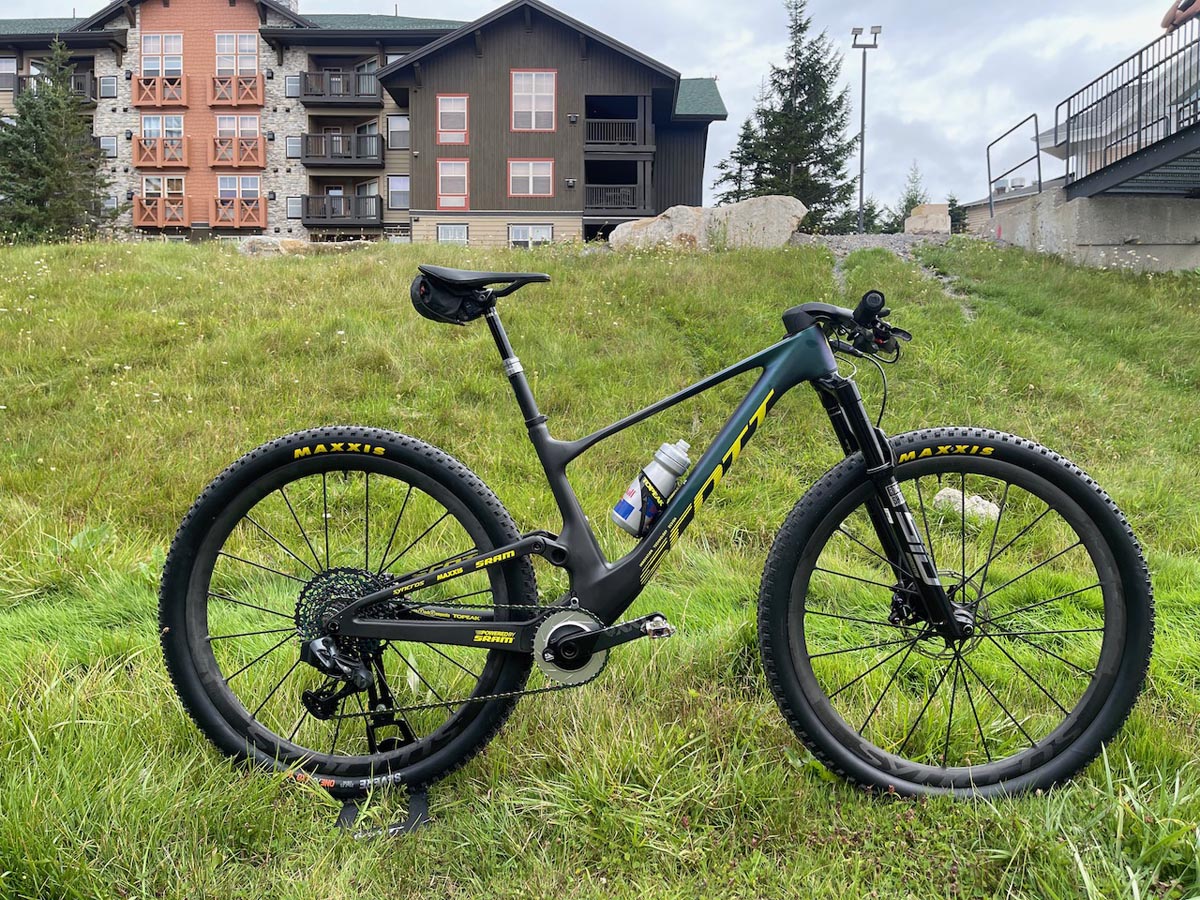 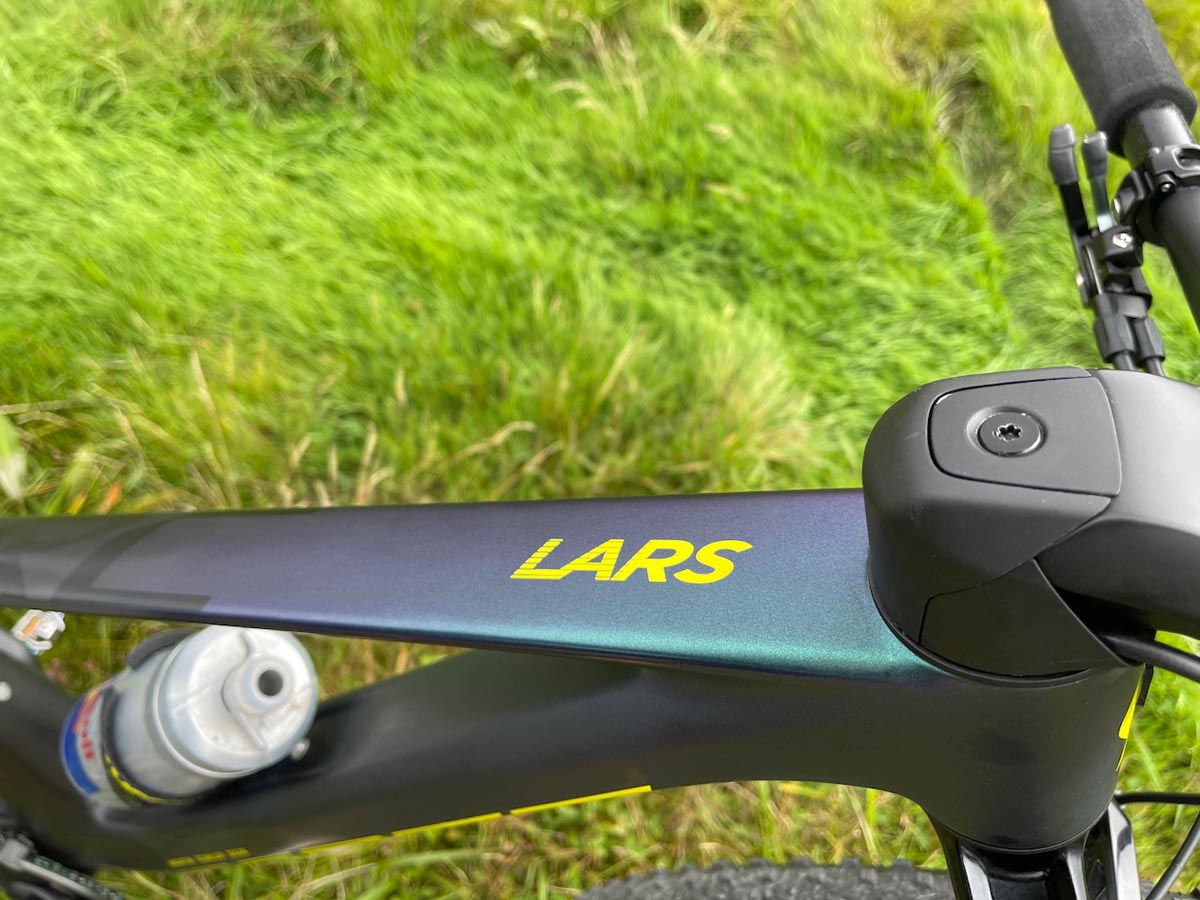 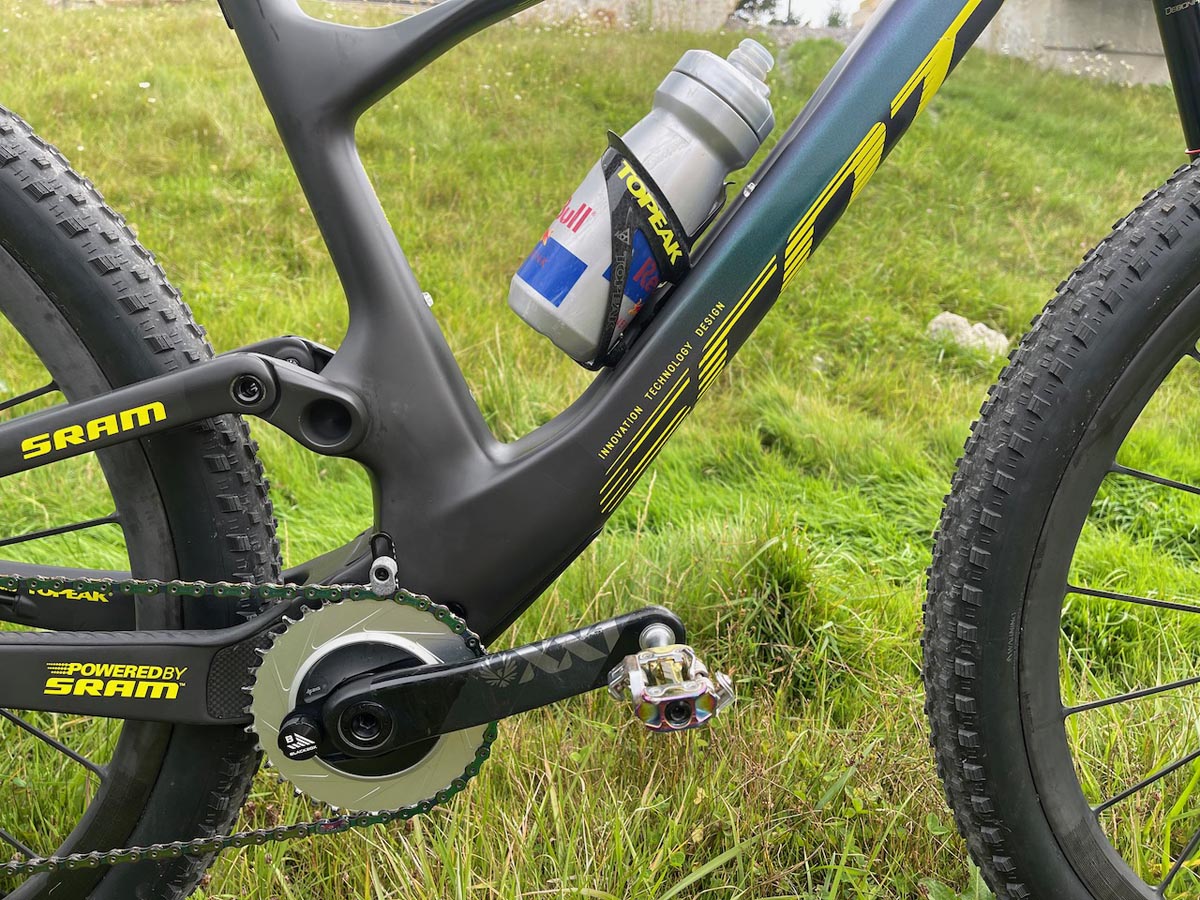 The race bike is one of the new Scott Spark RC World Cup AXS builds with 120mm of travel from the hidden rear shock.