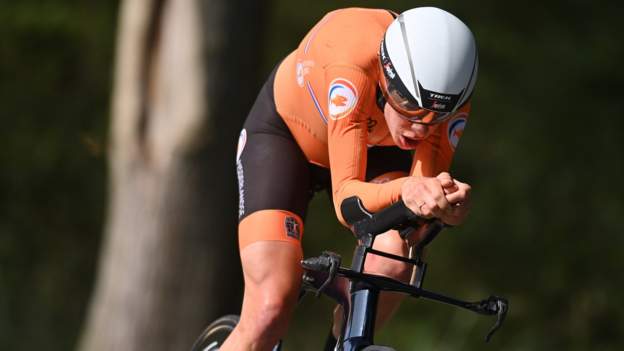 Lowden was a little under two minutes off the winning time, while Great Britain’s Pfeiffer Georgi was 25th.

Van Dijk, who won the World Championship time trial title in 2013 and rode solo to win the road race at the European Road Championships nine days ago, set a blistering early benchmark in Flanders, Belgium.

Reusser, the penultimate rider to start, looked set for victory after she was the fastest at the two timing points.

But the 30-year-old lost time in the final kilometres and matched the silver medals she won at the World Championships in 2020 and the Tokyo Olympics.