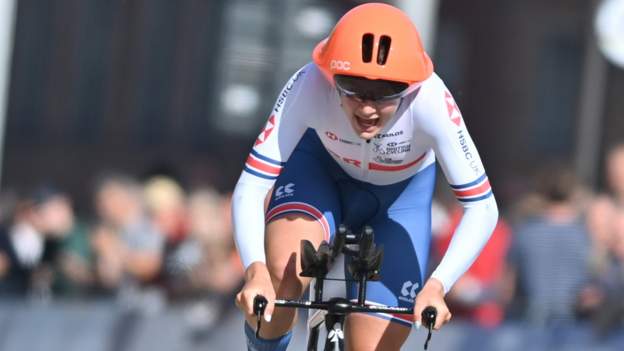 Backstedt, who will ride the road race on Saturday, won gold at the Cyclocross Junior World Cup earlier this year.

Her previous successes include gold in both the time trial and road race at the European Youth Olympics in 2019.

The Pontyclun rider’s elder sister Elynor, 19, won bronze in the Junior Road World Championship time trial in both 2018 and 2019.

Her father Magnus took stage victories in both the Tour de France and Giro d’Italia and won the Paris-Roubaix classic in 2004, while her mother, Megan, competed for Wales at the Commonwealth Games.