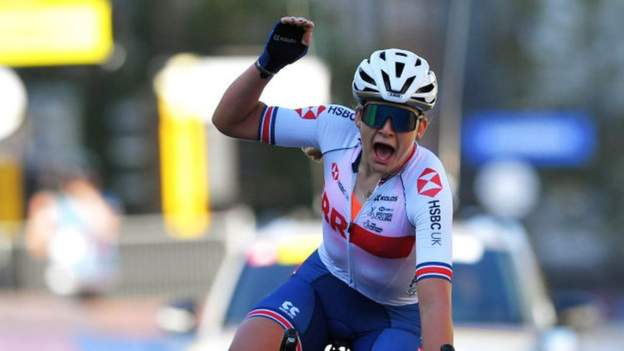 The Welsh 16-year-old outsprinted the United States’ Kaia Schmid at the end of the 75km course in Leuven, with Germany’s Linda Riedmann clinching bronze.

She also claimed a gold medal at the Cyclocross Junior World Cup earlier this year.

Her father Magnus took stage victories in the Tour de France and Giro d’Italia, and won the Paris-Roubaix classic in 2004, while her mother, Megan, competed for Wales at the Commonwealth Games.