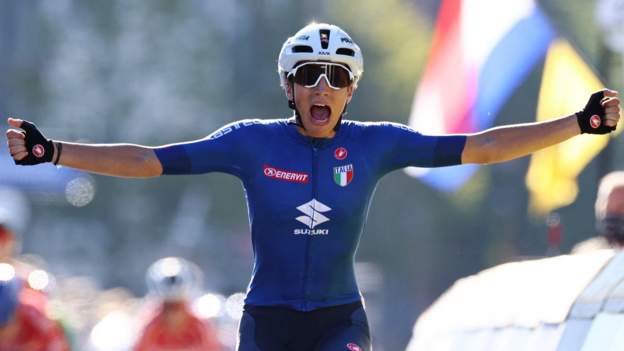 The 23-year-old claimed the rainbow jersey, hitting the front with 1,000 metres to go and beating Marianne Vos of the Netherlands in a sprint finish.

“This is a dream for me after this long season – without my team, this jersey was not possible,” said Balsamo.

“I just felt completely out of speed,” said Deignan.

“I was strong enough and fit enough but those circuits they were so fast.”