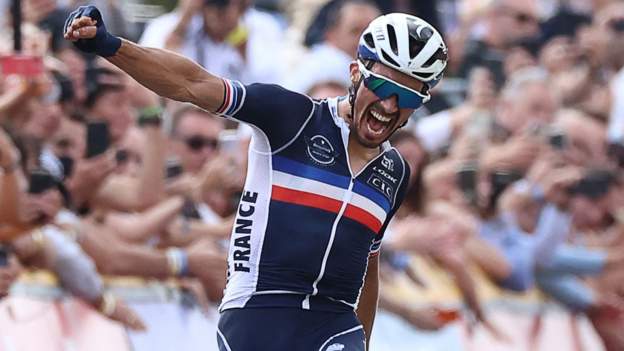 Julian Alaphilippe has retained the men’s road race title at the Road World Championships in Belgium.

There was a sprint finish for silver which was taken by Dutchman Dylan van Baarle, while Denmark’s Michael Valgren finished third.

Pidcock, 22, said: “Alaphilippe did an unreal ride and fair play to him. I was just saving it for one attack and I waited too long and I missed the train.”

Alaphilippe claimed the rainbow jersey for the second year running after winning in Italy last year.