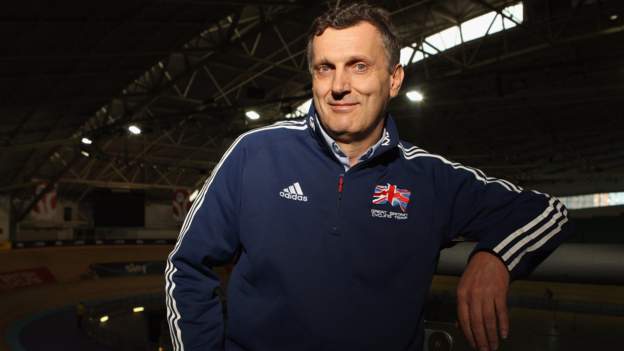 Heiko Salzwedel, who held coaching roles with British Cycling from 2002 to 2017 across three separate spells, has died at the age of 64.

Salzwedel had most recently worked for OSP Brandenburg, in his native Germany’s Olympic training centre.

With British Cycling, he was involved in three Olympics, including helping a men’s team pursuit squad that included Bradley Wiggins win gold in 2016.

He also helped Wiggins break the world hour record in 2015.

News of his death was confirmed on Thursday by Lothar Heine, head of Germany’s federal cycling base in Cottbus.

British Cycling’s performance director Stephen Park paid tribute, saying: “It has been very sad to hear of the passing of Heiko Salzwedel. He worked and influenced many riders and coaches at GBCT and around the world.”

Salzwede began his coaching career in 1991 as part of the Australian Cycling Federation and went on to be a performance manager and later a men’s endurance coach for British Cycling.

As well as spells with British Cycling from 2002, he also worked with several other cycling federations including those in Switzerland, Russia and Denmark.