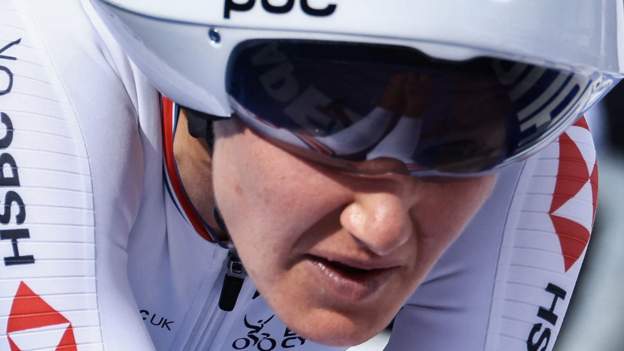 The 33-year-old rider posted a distance of 48.405km in one hour, beating the record by 398m in the Grenchen Velodrome, Switzerland.

“I was bit dramatic with nerves to the extreme, and a lot of self-doubt. Maybe looking back I should have tried harder,” she told Eurosport afterwards.

The prestigious hour record is one of cycling’s most revered achievements, which was first contested in the late 19th century, with women competing in the fifties.

Britain has held the record several times, including Chris Boardman in 2000, Alex Dowsett in 2015 and 2012 Tour de France winner Sir Bradley Wiggins a month later in the same year.

Lowden, who specialses in time trials, added: “When I came back from altitude at the beginning of September, I was questioning my preparation for it – a lot of people said [riding the road world championships] is not good prep for an hour [record attempt].

“And they are right. But I was pleased I pushed through with what my plan was. It’s easy to say in hindsight, but I thought: ‘Do I really push it or play it safe and went somewhere in the middle.

“It was conservative. The last few minutes were uncomfortable. Maybe looking back I should have tried harder. But I can’t be unhappy with the way it went really.”

Lowden will compete in the Women’s Tour in Britain from Monday.

Dowsett prepared to try to break the men’s record in December last year before pulling out after contracting coronavirus.

The current men’s record holder is Belgian Victor Campenaerts of Qhubeka-Nexthash, who set an distance of 55.089km in 2019.