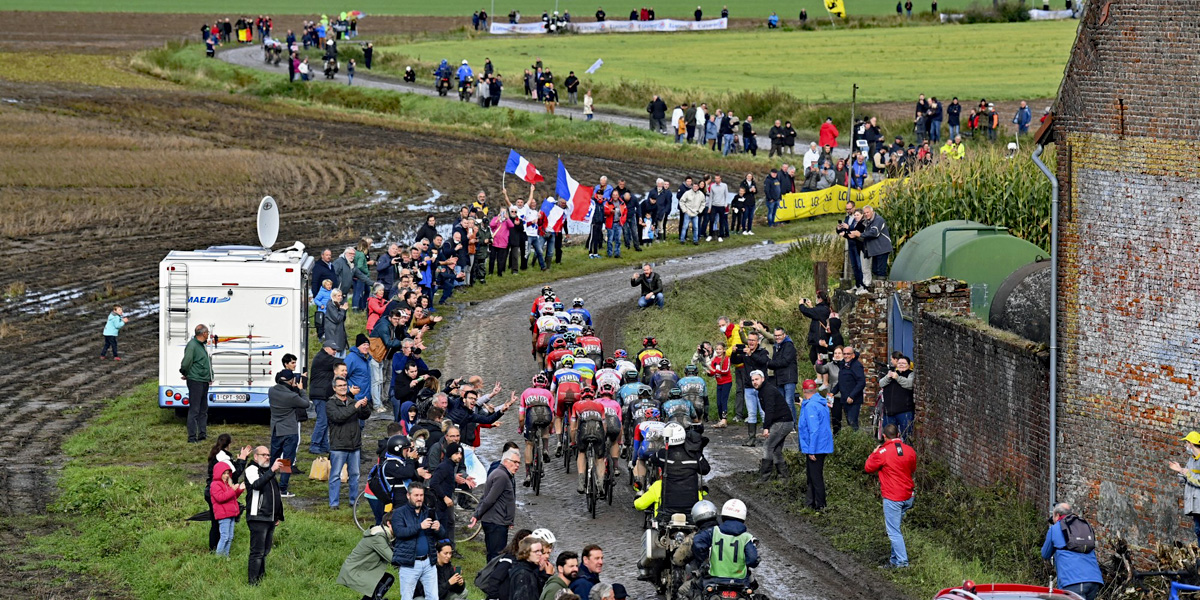 Ten Takeaways from the Roubaix cobbles: Sunday brought us rain, mud and a stunning Paris-Roubaix. It wasn’t much fun for the peloton, but the couch warriors were in their element. Spencer Martin gives us his ‘Ten Takeaways’ from an historic ‘Hell of the North’. 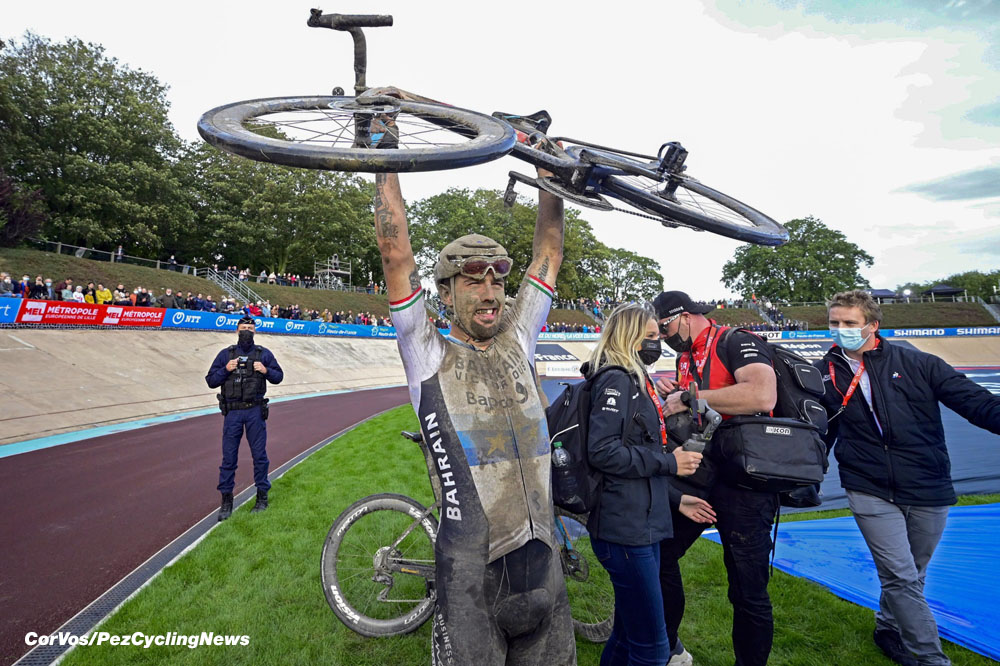 Paris-Roubaix made us wait for over two years, but, in the end, the historic race over the brutal pave of the austere of Northern France, served up potentially the best one-day race of the season. European champion Sonny Colbrelli announced his arrival as a force in the toughest one-day races by winning a reduced sprint over Florian Vermeersch and Mathieu van der Poel in the famed Roubaix Velodrome. 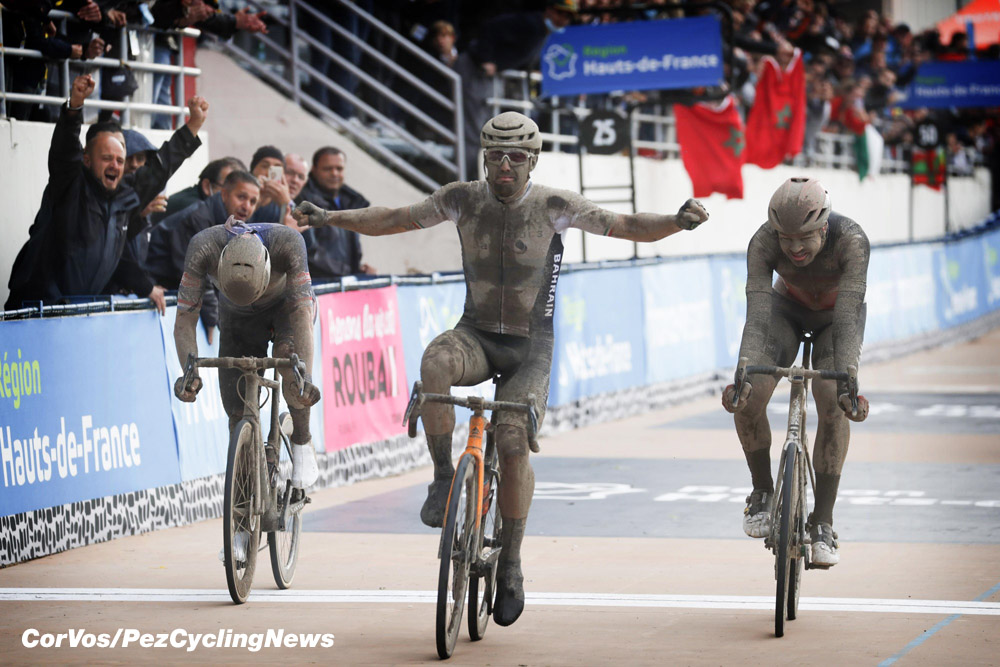 The win for Colbrelli in the Roubaix velodrome

The race, which had a running time of over six hours and was marked by cold, rainy weather, and took riders over the most difficult terrain the sport has to offer and was a true test of mettle. The hard racing and slick conditions on the cobblestones reduced the peloton to an extremely select group by the time they hit the critical Forest of Arenberg with 100km remaining and set in motion what was essentially the longest finale in the history of modern cycling. Colbrelli slipped off the front unchallenged a few kilometers later and was chased down by a vicious attack by Van der Poel shortly after. While it appeared that Gianni Moscon, the last man standing from the early breakaway, would stay clear for the victory, a series of flats and crashes suffered by the leader meant the race would yet again come down to a highly reduced sprint in the Velodrome. Hoping to use the element of surprise, Vermeersch struck first, but was closed down a few meters before the line by a surging Colbrelli in a thrilling finale to one of the most arduous races in the modern history of the sport. 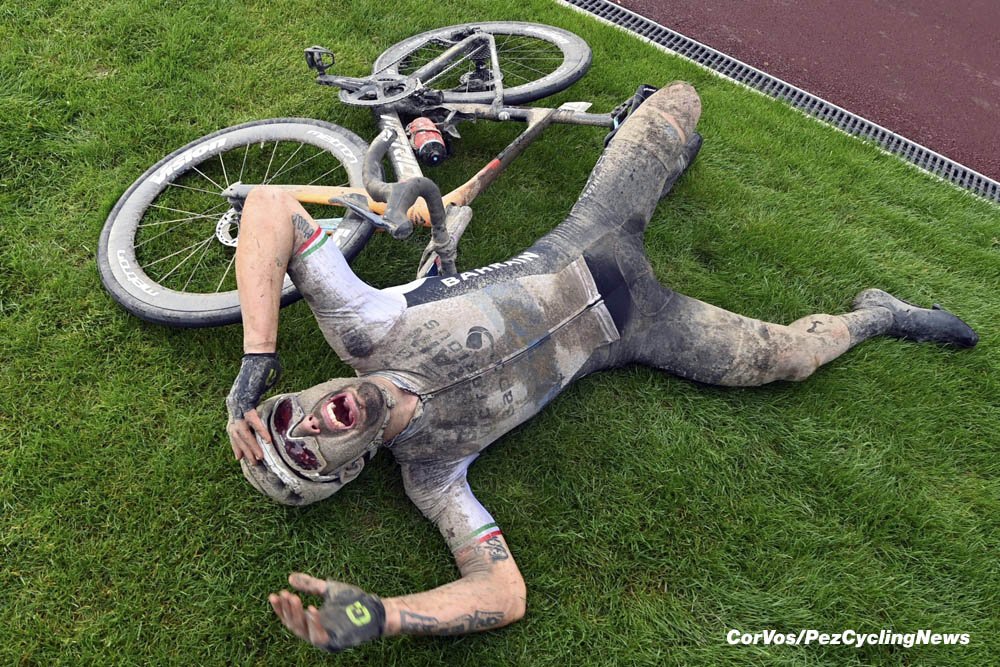 Ten Takeaways:
1) Colbrelli gets the biggest win of his career and cements his arrival as a bonafide classics contender. Shockingly, he wins the race in his first-ever edition and becomes the first rider in modern memory to win the race in their inaugural start. 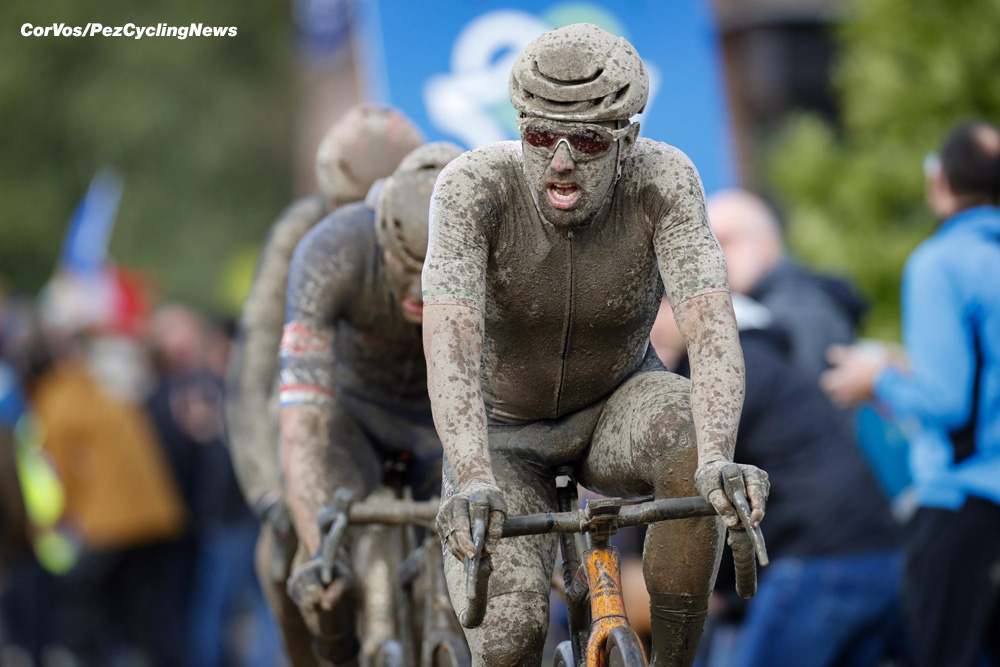 Yes, that is Colbrelli

2) Colbrelli’s Bahrain team, far from a classics juggernaut, did a great job utilizing their strength while also sitting back and waiting for the teams of the favorites to give them a chance to strike. 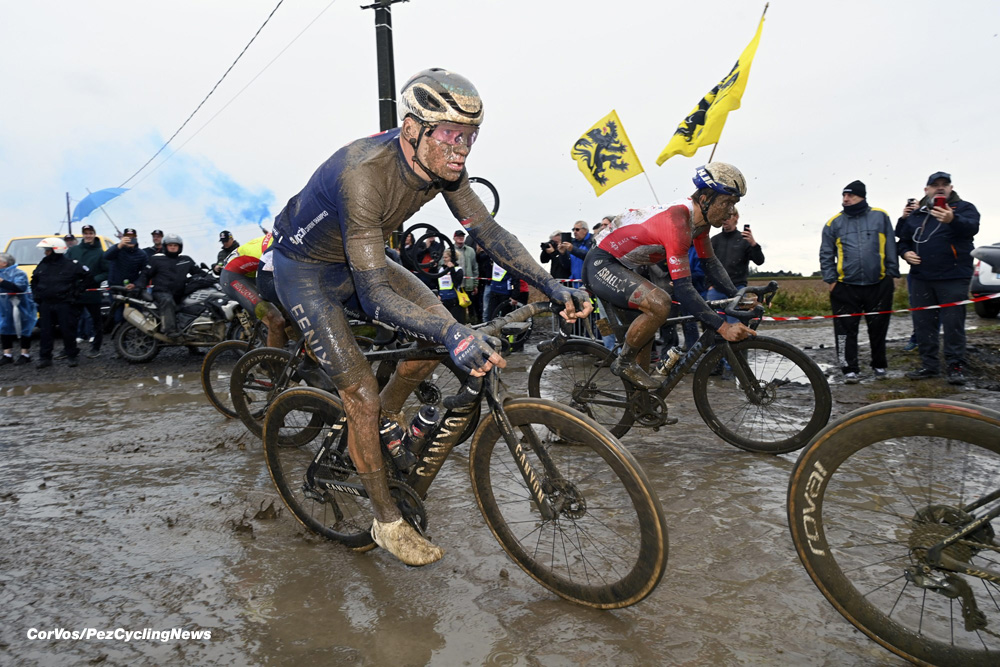 A good ride by Van der Poel, but…

3) Mathieu Van der Poel rode a physically impressive, but tactically flawed race. While bagging a podium at such a difficult race just months after suffering a back injury is certainly an achievement, his lack of tactical nous once again cost him a chance at a major win. 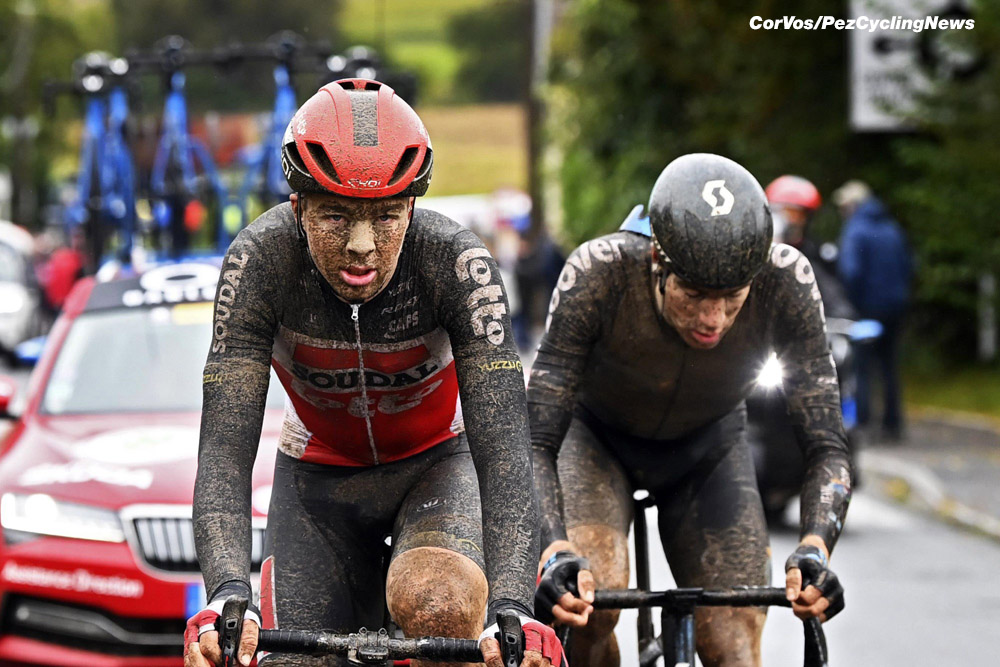 4) Florian Vermeersch, at only 22-years-old and in his first full professional season, gets a shocking second place and came within inches of winning the race. 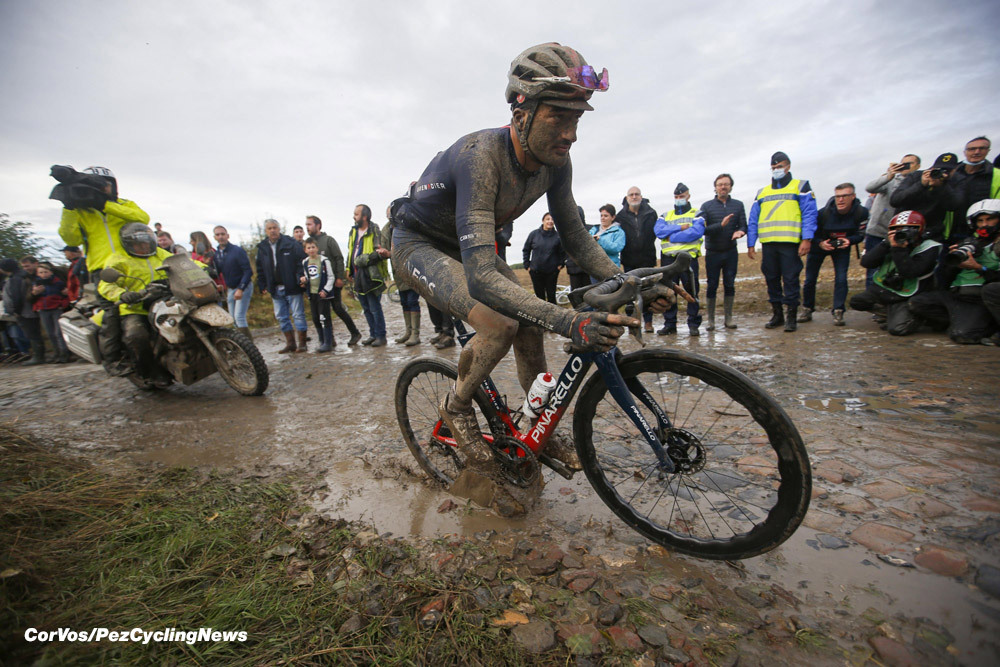 5) Gianni Moscon, a major betting odds underdog heading into the race, gets a career-best 4th place and his first top-ten since 2017. However, he, nor his Ineos team, will be happy or satisfied with that solid result after a disastrous final 30kms that saw him suffer a flat tire, slow bike change, and crash that likely cost him the win of his career. 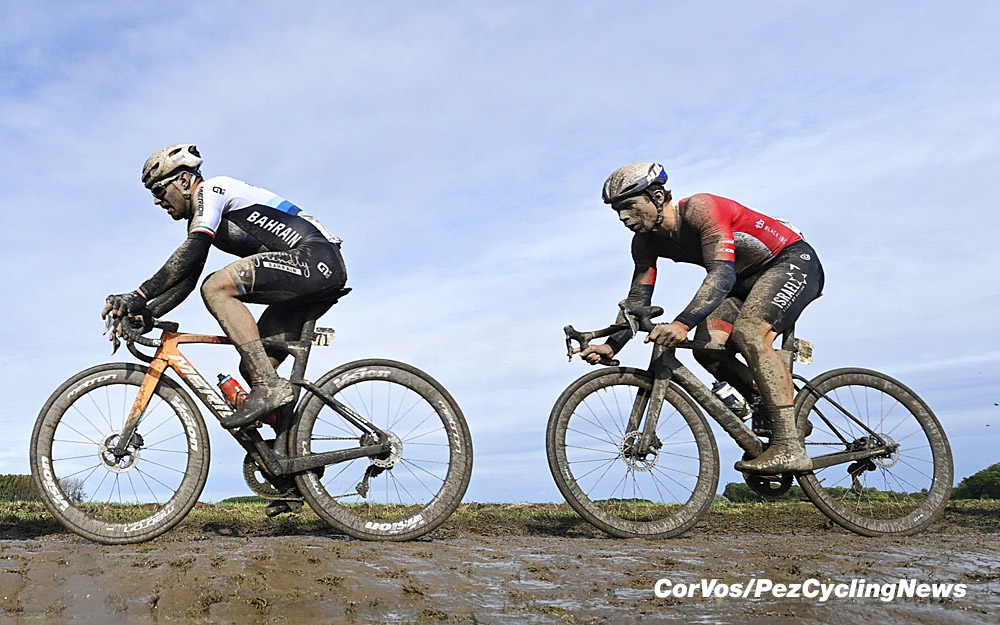 6) In a race that has traditionally favored experience over all else, the top three all finish on the podium in their first-ever start at the race, a first in the modern history of the race, while Canadian Guillaume Boivin finishes 9th in only his second-ever appearance at the race. 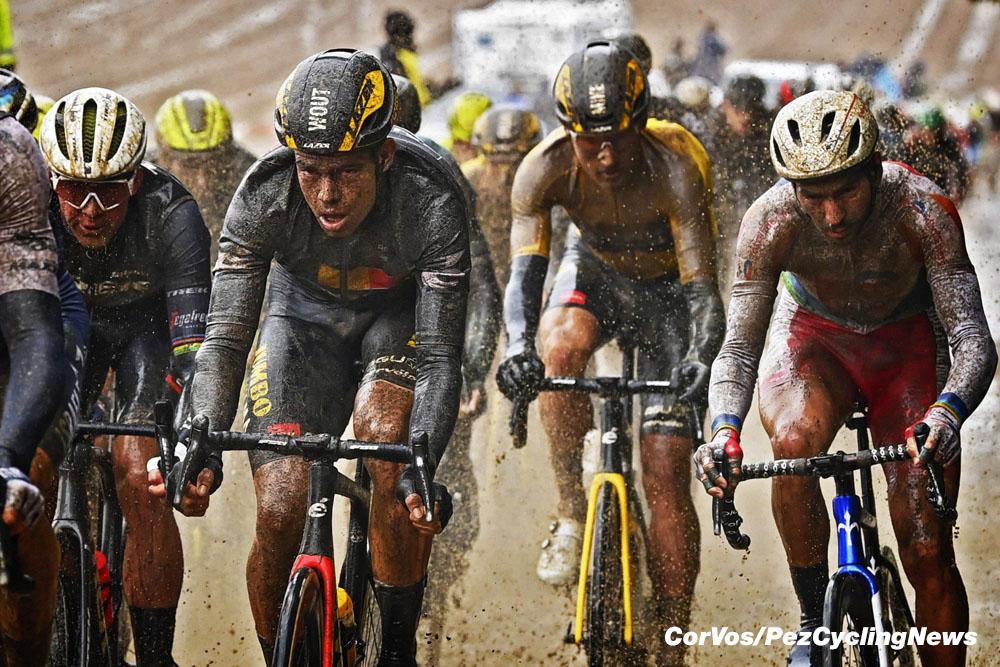 Was the season too long for Wout van Aert?

7) Wout van Aert, despite being the overwhelming favorite heading into the event, struggled to make an impact. After a fantastic 2020 season that saw him win Milano-Sanremo and get second at Flanders, he has regressed slightly and struggled to match that form in the Monuments. 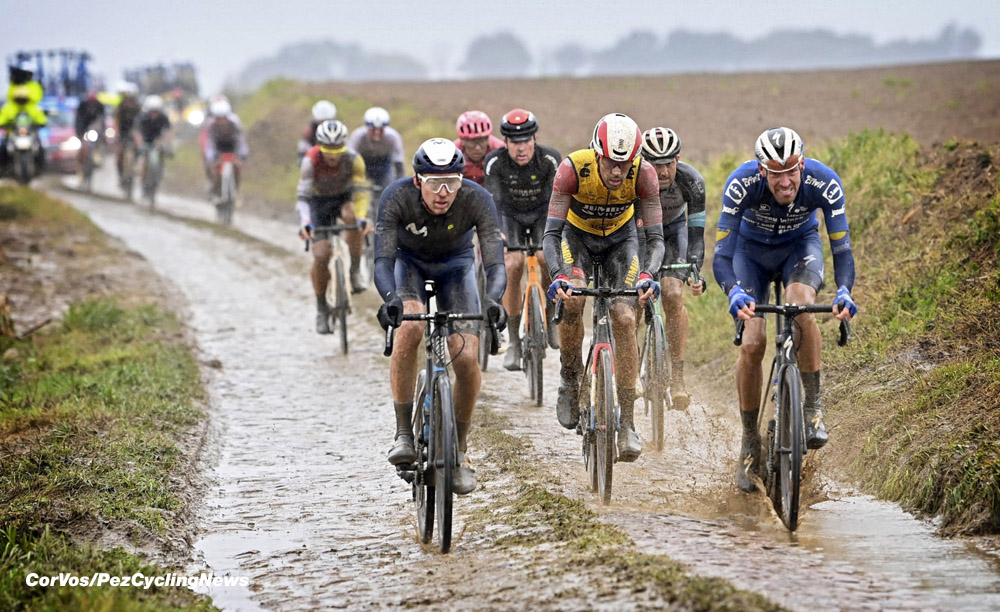 Tim Declercq was in the early move for Deceuninck – Quick-Step

8) For the first time since 2011, no Quick-Step riders finished on the podium. 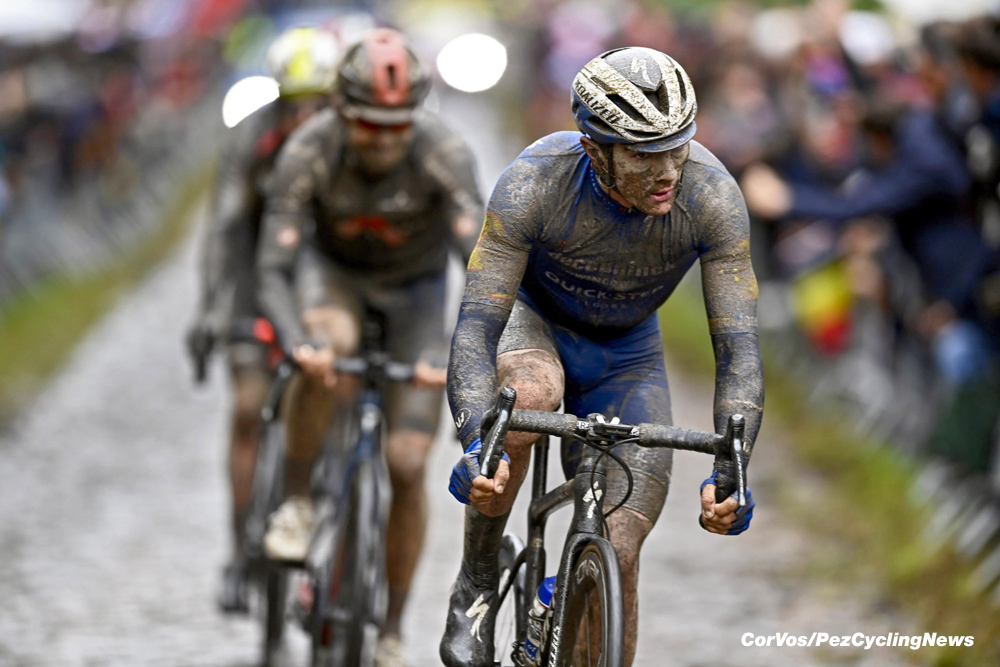 9) In fact, only a single rider, Yves Lampaert, finished in the top ten at both this year’s edition and the last time the race ran in 2009. This shows the shocking tectonic shifts that have occurred in the sport since then. 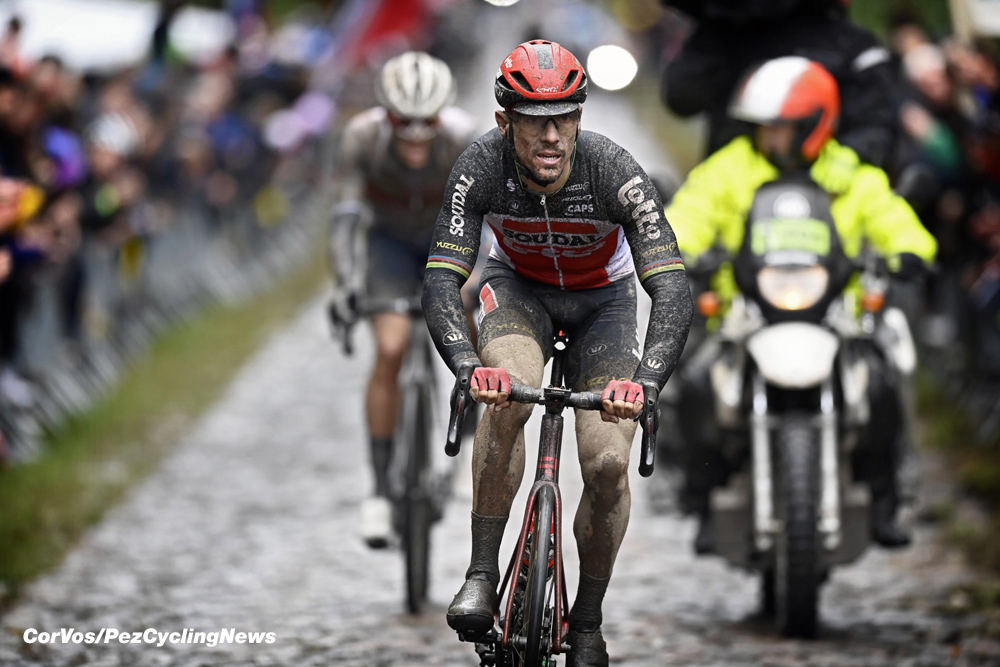 10) The extremely rough cobblestones and impossibly slick conditions highlighted massive differences in the bikes and equipment ridden by key riders.