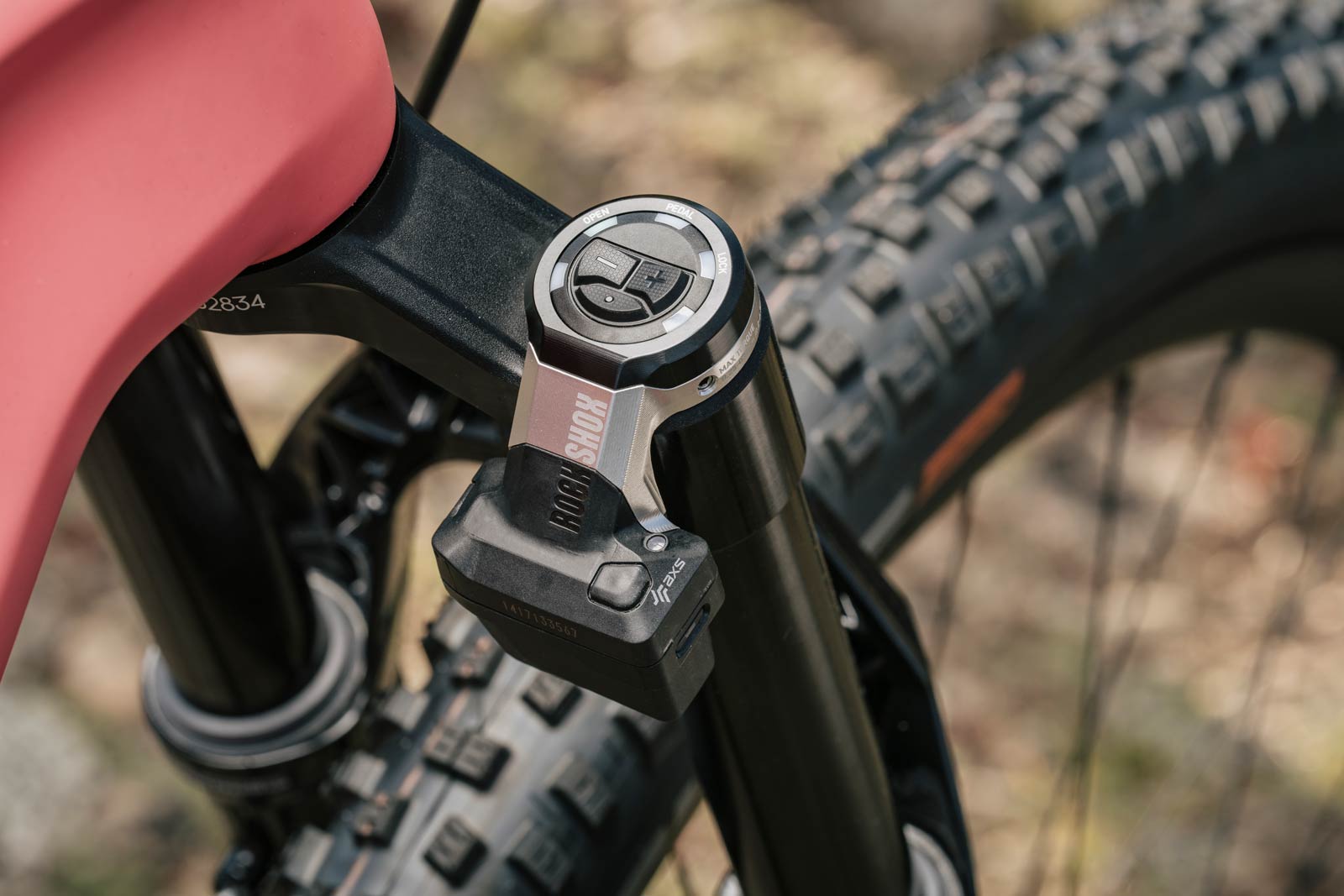 By sampling rider inputs, trail terrain, and suspension position every 5 milliseconds, it ensures your suspension is always in the most efficient setting for whatever you’re riding.

Flight Attendant Components on a Canyon Neuron, including Fork Control Module, Shock Motor Module and Crankset Pedal Sensor. The FA components have a 308 grams weight penalty, depending on the spec; that includes fork, shock, pedal sensor, both SRAM AXS batteries and the difference in weight between a 1- and 2- button left controller.

At launch, Flight Attendant is only available through SRAM’s OEM partners, so expect to see this new technology on the top-end models from Canyon, Specialized, YT and Trek over the coming weeks and months. Here’s everything you need to know about SRAM’s new electronic suspension technology. 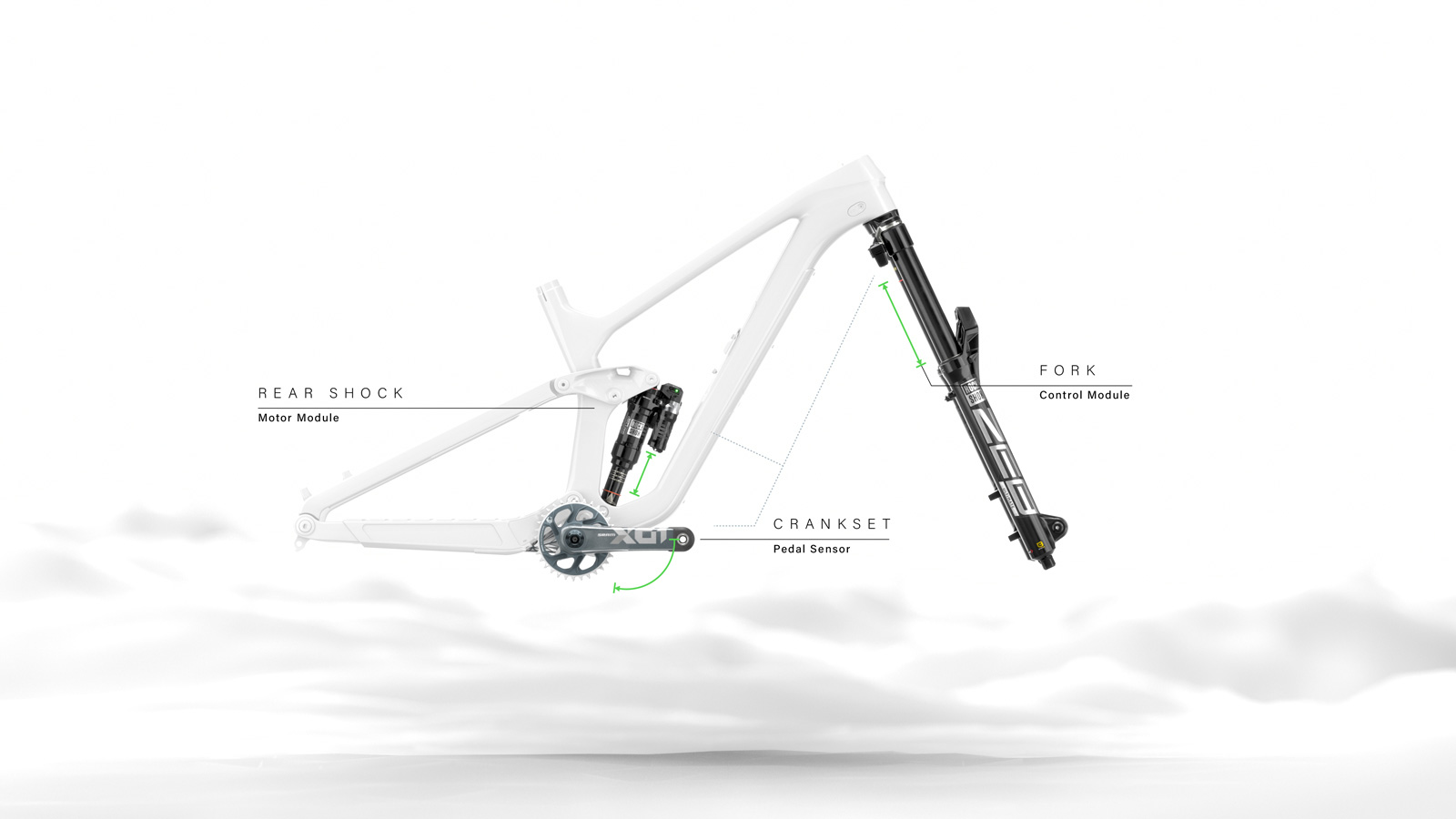 The Flight Attendant Electronic Suspension System is only available as a 3-part system composing Crankset, Fork and Shock; the system relies on data captured at each of these points to adjust the suspension’s damping support in real time.

Forget fiddling about for lockout levers mid-ride; SRAM’s Flight Attendant Electronic Suspension Damping is here to put your bike’s suspension on auto-pilot, leaving you free to concentrate on the ride.

The new technology relies on data received by sensors at the fork, rear shock and crank arms to automatically tune the level of damping support at any given moment. It introduces a host of new componentry, all designed to work together seamlessly through the SRAM AXS Encryption Wireless Network. 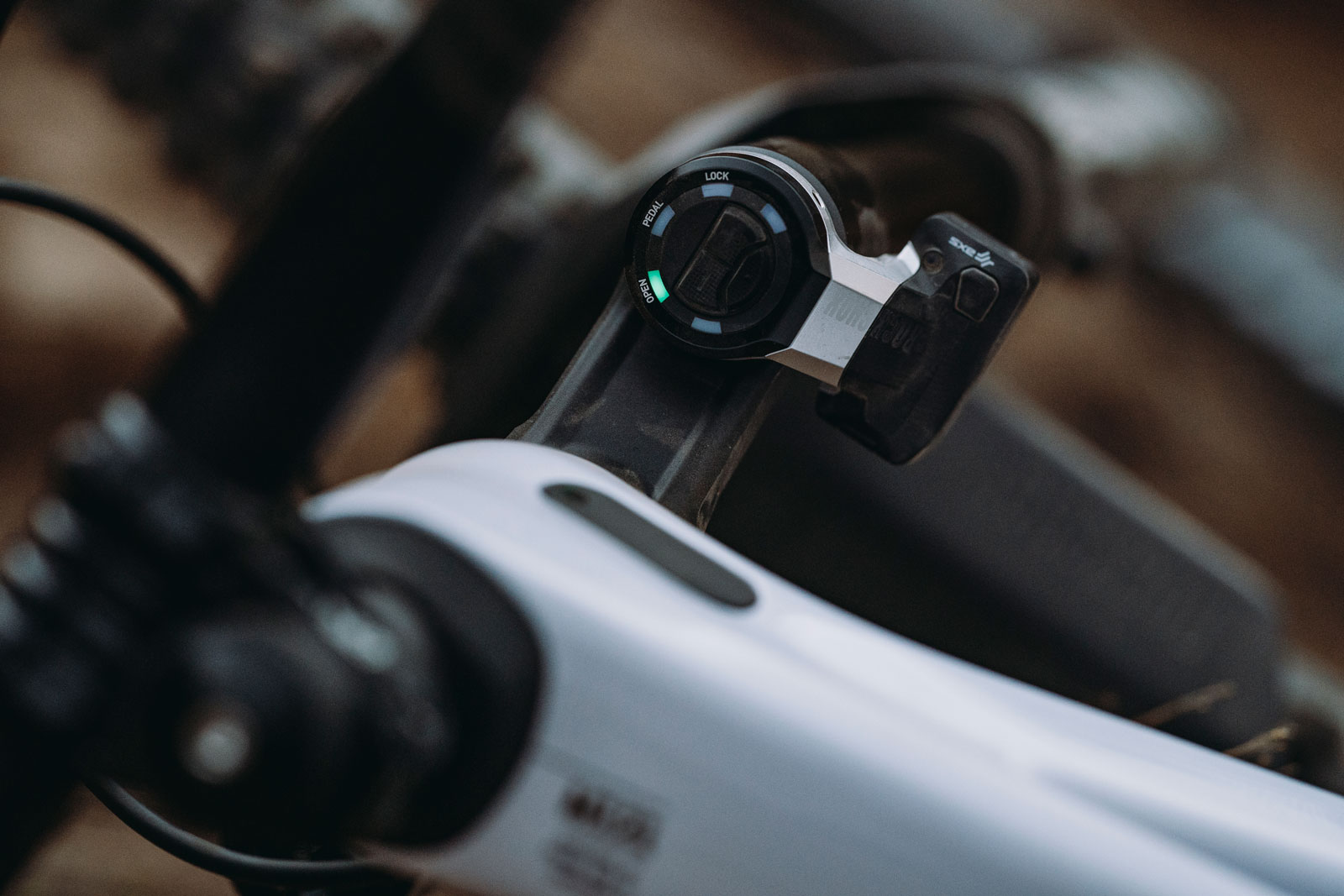 It’s worth pointing out that Flight Attendant is 100% wireless, and completely self-contained within their fork, shock, and spindle…there are no additional sensors required on the bike, so there’s no wires to run anywhere.

The Fork and Shock house accelerometers measuring G-Force and Pitch, information relating to how aggressively the rider is riding, how hard they are cornering, the roughness of the terrain and the steepness of the terrain, too. The Crankset Pedal Sensor simply measures whether the rider is pedaling or coasting; it does not measure pedaling torque or power.

Every 5 milliseconds (that’s 200x per second), the Flight Attendant is able to switch the suspension damping between Open, Pedal and Lock modes to give the rider the most efficient suspension damping characteristics for the given terrain. Low Speed Compression and Rebound adjustments remain a manual affair; more on that later.

Which Rockshox forks use Flight Attendant? 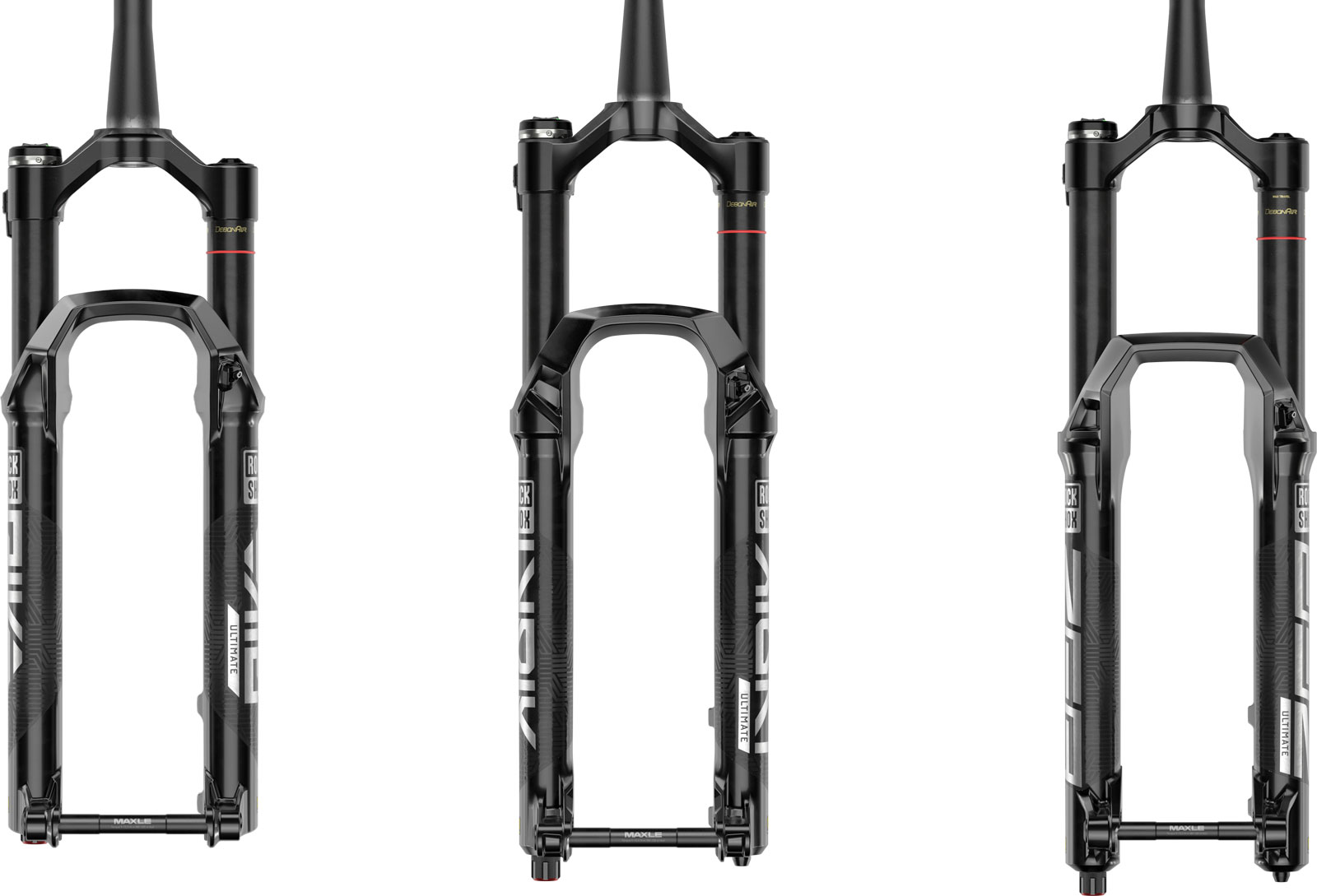 We expect the SID version make an appearance at a later date. These don’t replace any of RockShox’s current fork offerings – they simply sit at the very top of the range above the current Ultimate level forks that run the Charger 2.1 RCT3 damper. 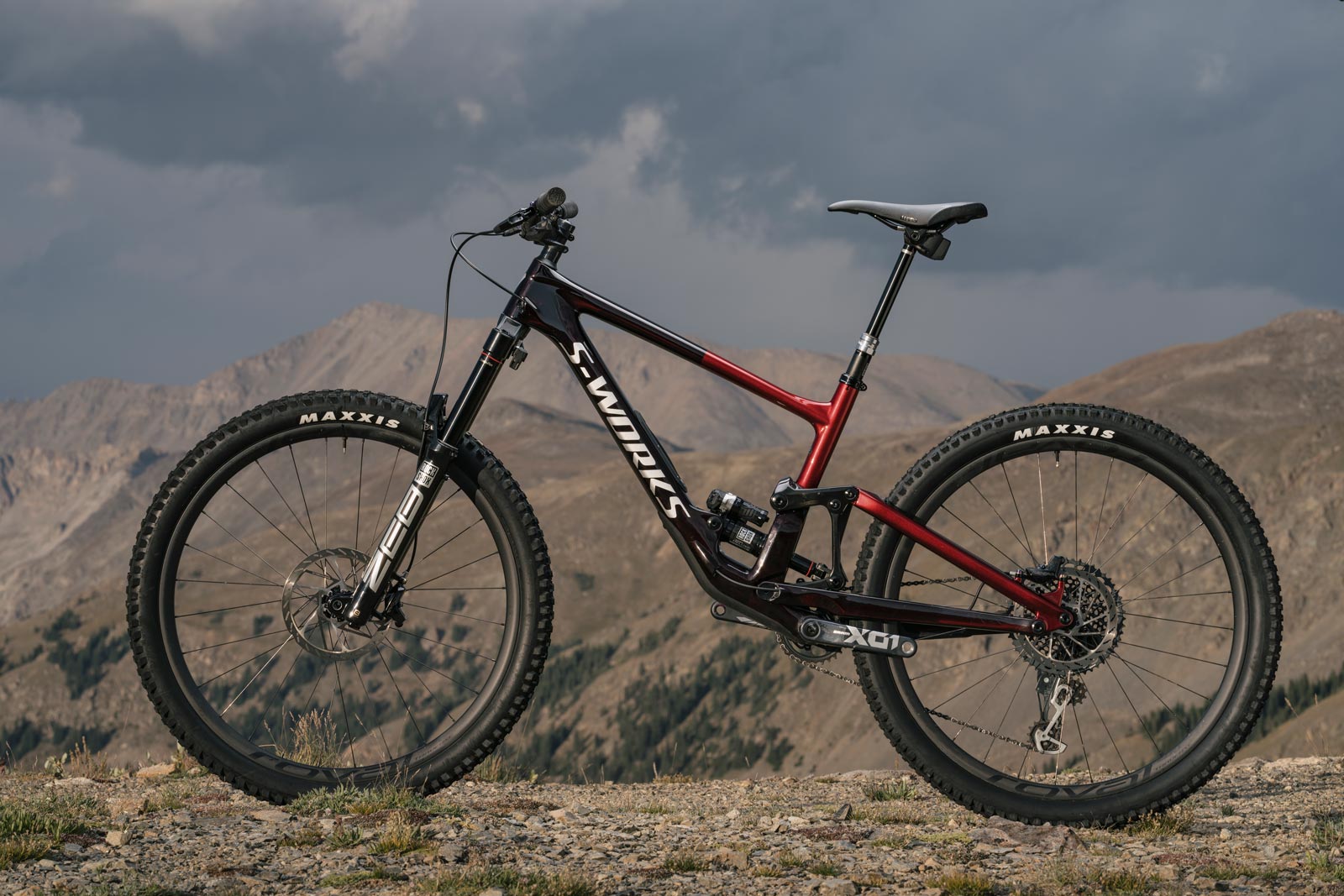 The Specialized Enduro S-Works with a full complement of SRAM AXS Componentry including Flight Attendant fork, shock and crankset

So, how does the Control Module prioritize the information it receives from the fork, shock and crankset sensors? SRAM tells us the system takes data from all sensors to paint a picture of the terrain and adjusts the damping according to the input received.

“Flight Attendant’s highest priority is adjusting the system to the open position when bumps or disturbances are detected and will adjust the system to be more efficient when it senses the rider pedaling”.

All well and good, but, we wanted to know just how quickly it is able to do that. Let’s take a Bike Park lap as an example. You’re hammering on the pedals on the run into a jump, and the Flight Attendant automatically switches your suspension to Pedal mode to give you the most efficient pedaling platform. When you take off, and your suspension effectively tops-out, does Flight Attendant know to switch the suspension back to Open mode to absorb a big hit upon landing? 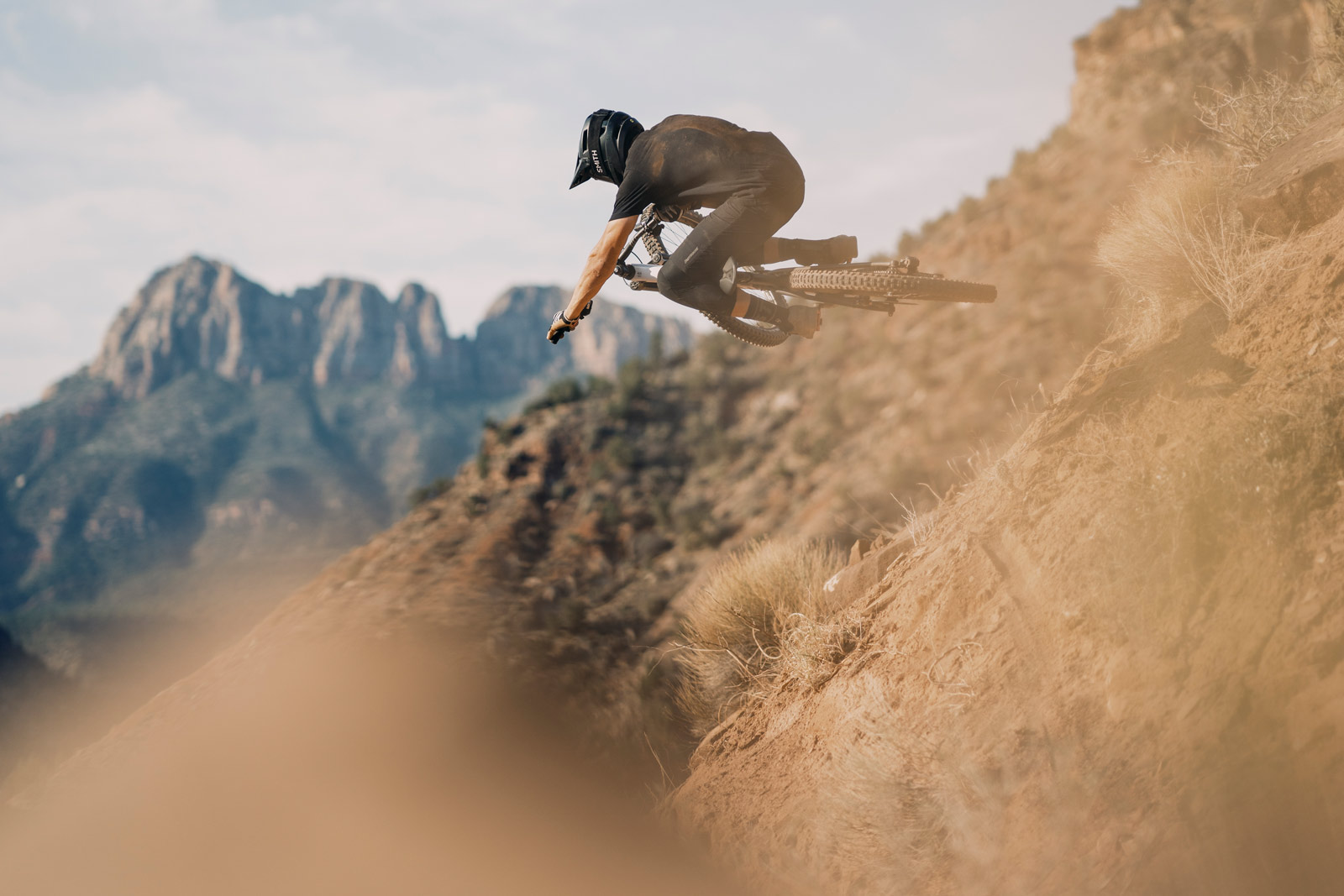 “There is not a clean answer to this question as a ton of factors influence how quickly the system will react,” says Chris Mandell, Rear Shock Product Manager at RockShox. “However, the thing to understand is that: as we developed the Flight Attendant system it became very clear to us that relying on speed alone would not allow the system to provide the rider with a seamless experience.”

“In the algorithm we blend the systems’ speed, rider input, bias setting and input from the sensors to provide the rider with consistent and predictable performance. Last week I had this exact experience in Bend OR. I was riding the jump trail there and found I had to pedal for the larger gaps to clear them. System worked brilliantly – It was open when I wanted and expected it to be.” 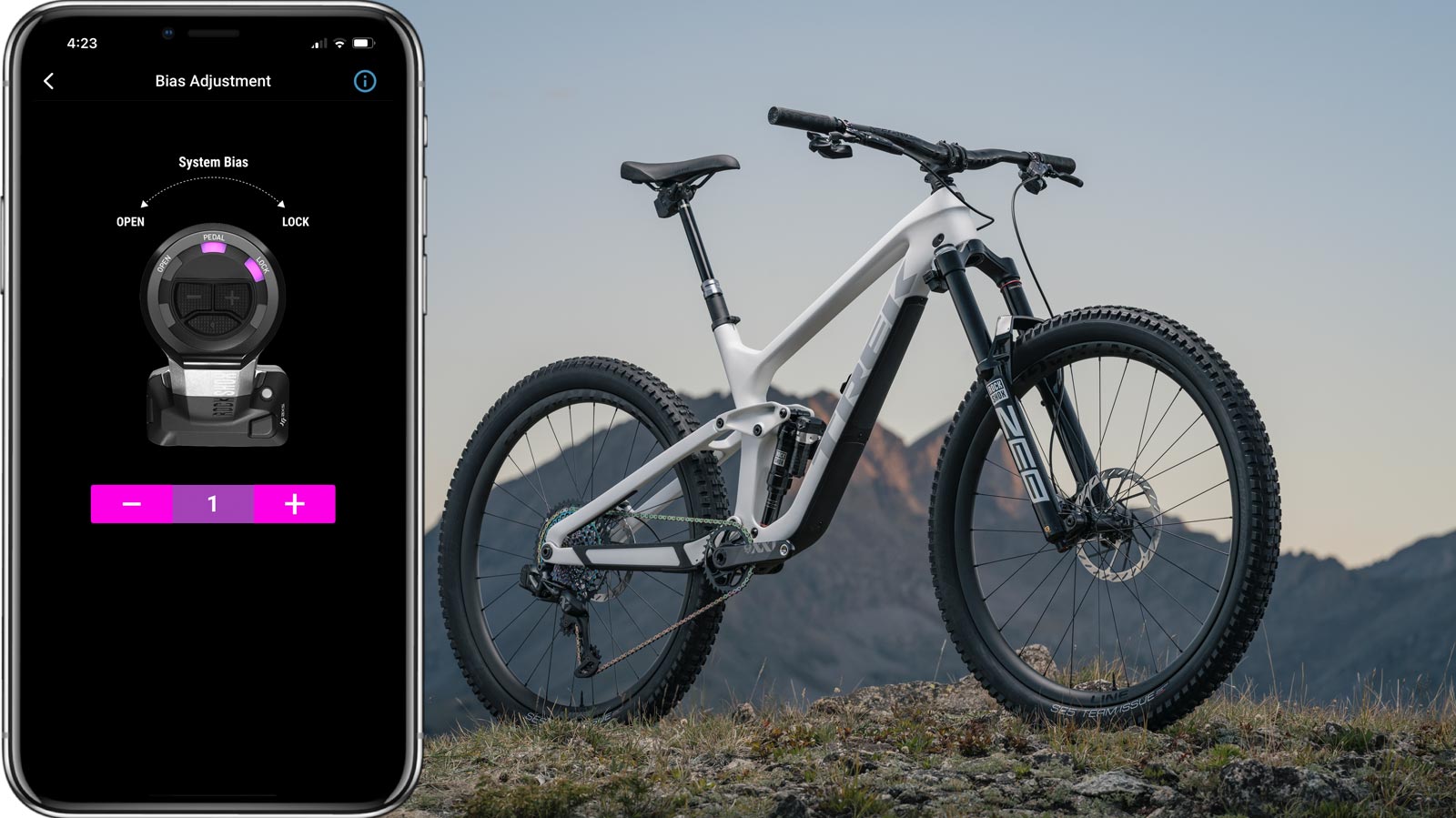 The behaviour of Flight Attendant’s Auto Mode can be tailored using the SRAM AXS App. You can adjust the algorithm, instructing it to bias more toward the Open mode, the Lock mode, or you can choose to keep it neutral.

Switching the bias setting to -1 or -2 adjusts the Flight Attendant’s algorithm, telling the system to favor the Open mode, with reduced likelihood of it slipping into Lock mode. Alternatively, you can set the bias to +1 or +2 to produce the opposite effect, adjusting the algorithm to favor the firmer Lock mode. This would likely be more appropriate for more mellow rides that involve a lot of climbing on fire roads and smoother surfaces. RockShox tell us that Lock mode offers the same Lock Out force across Pike, Lyrik and ZEB forks. It is said to be firmer than the Lock Out of the Charger 2.1 RCT3, but softer than that of RockShox XC forks. 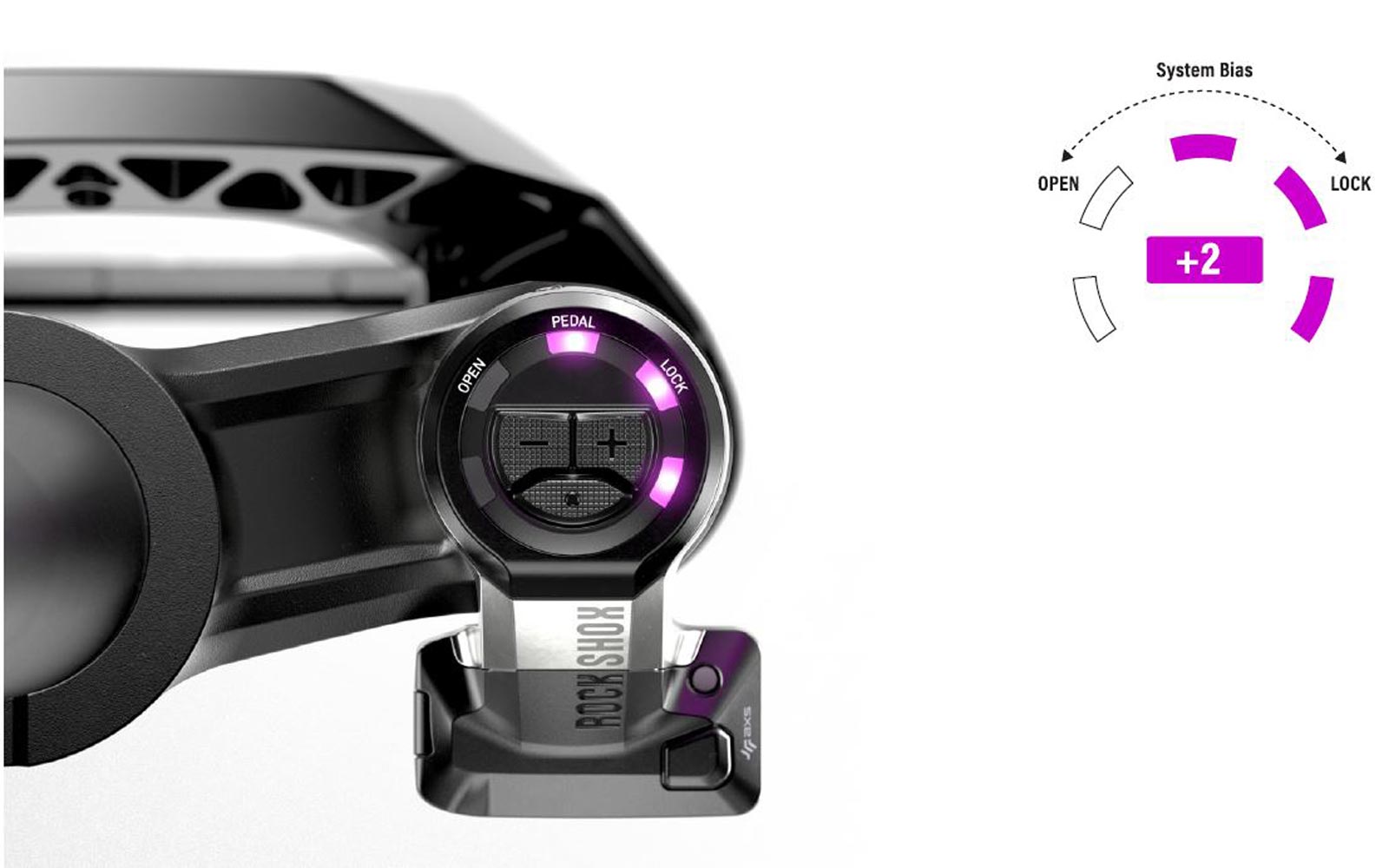 The Zero bias setting is neutral, with no bias toward any mode. This could be the most appropriate setting for an XC or big mountain ride where you’re likely to encounter the most varied terrain, requiring the suspension to adapt more frequently along the way.

That said, Chris Mandell tells us that the bias adjustments are more about personal preference than what terrain you’re riding, saying “the system does not care if you are in a bike park or on an XC trail. In either location the system will read the terrain, rider input and bias setting to provide appropriate suspension states”. 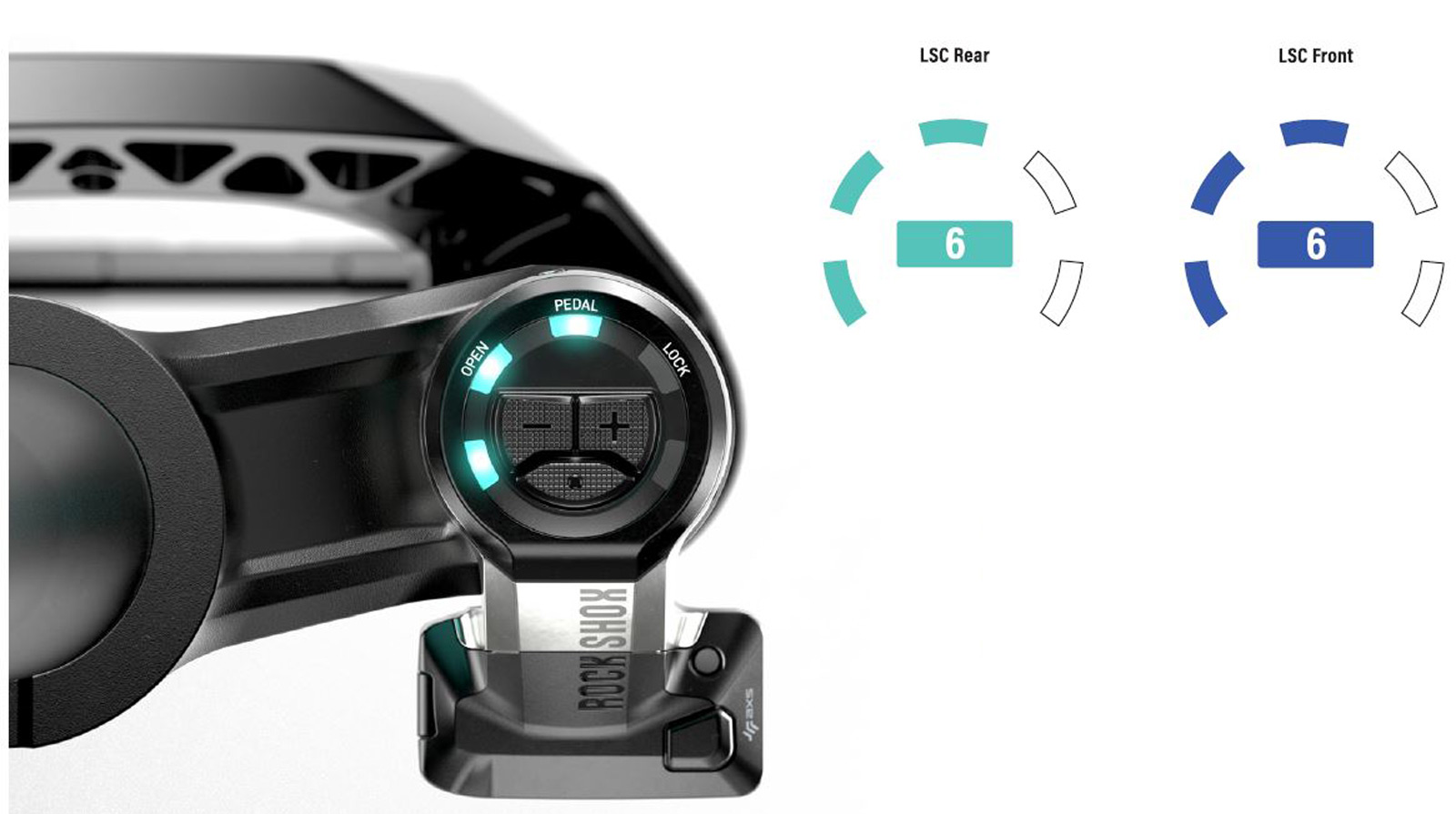 And if you don’t want to use the AXS App, you can mostly get away with that as there are mode preference buttons located on the top of the fork, too. And Rebound adjustments are all made using the usual knobs and dials on the suspension itself located in the usual places.

But, this automatic switching between Open, Pedal and Lock modes is independent of Low Speed Compression (LSC) and rebound adjustments, all of which are manually controlled…but only through the AXS App, without external manual controls.

What happens when the Flight Attendant sensors and Control Module run out of battery?

Before powering off, the Flight Attendant reverts the suspension setting back to Open mode, leaving your suspension in its most trail-capable and descent-friendly setting. 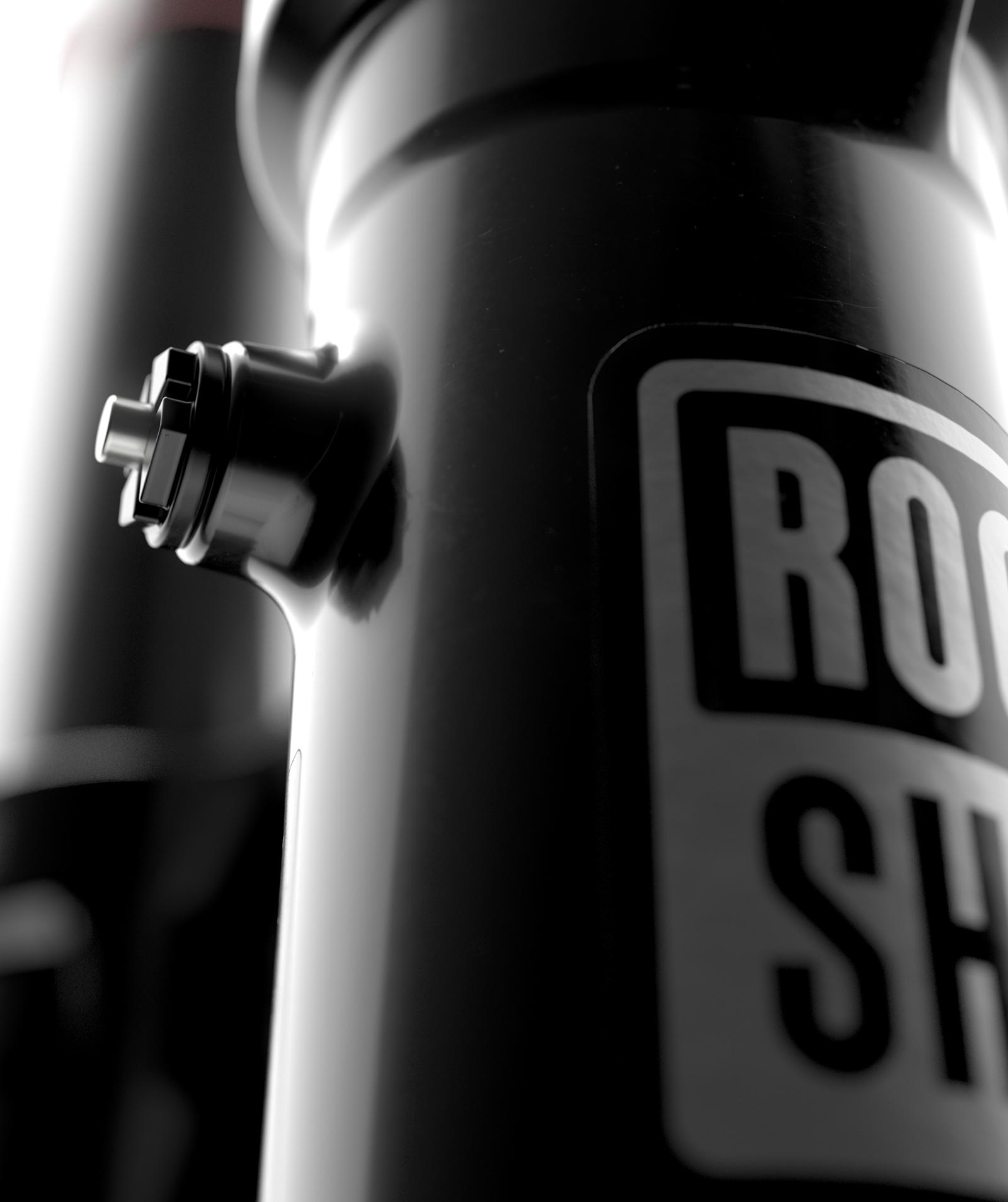 The launch of Flight Attendant Wireless Electronic Suspension Damping brings with it new chassis for the Pike, Lyrik and ZEB forks, as well as an all-new DebonAir+ Spring.

The most notable change is the addition of pressure relief valves located on the lowers. These give the rider a mess- and tool-free way of quickly releasing air pressure that has built up in the lowers after a long, arduous descent, or following big changes in elevation; their purpose is much the same as that of the lower leg bleeders seen on the FOX 38. 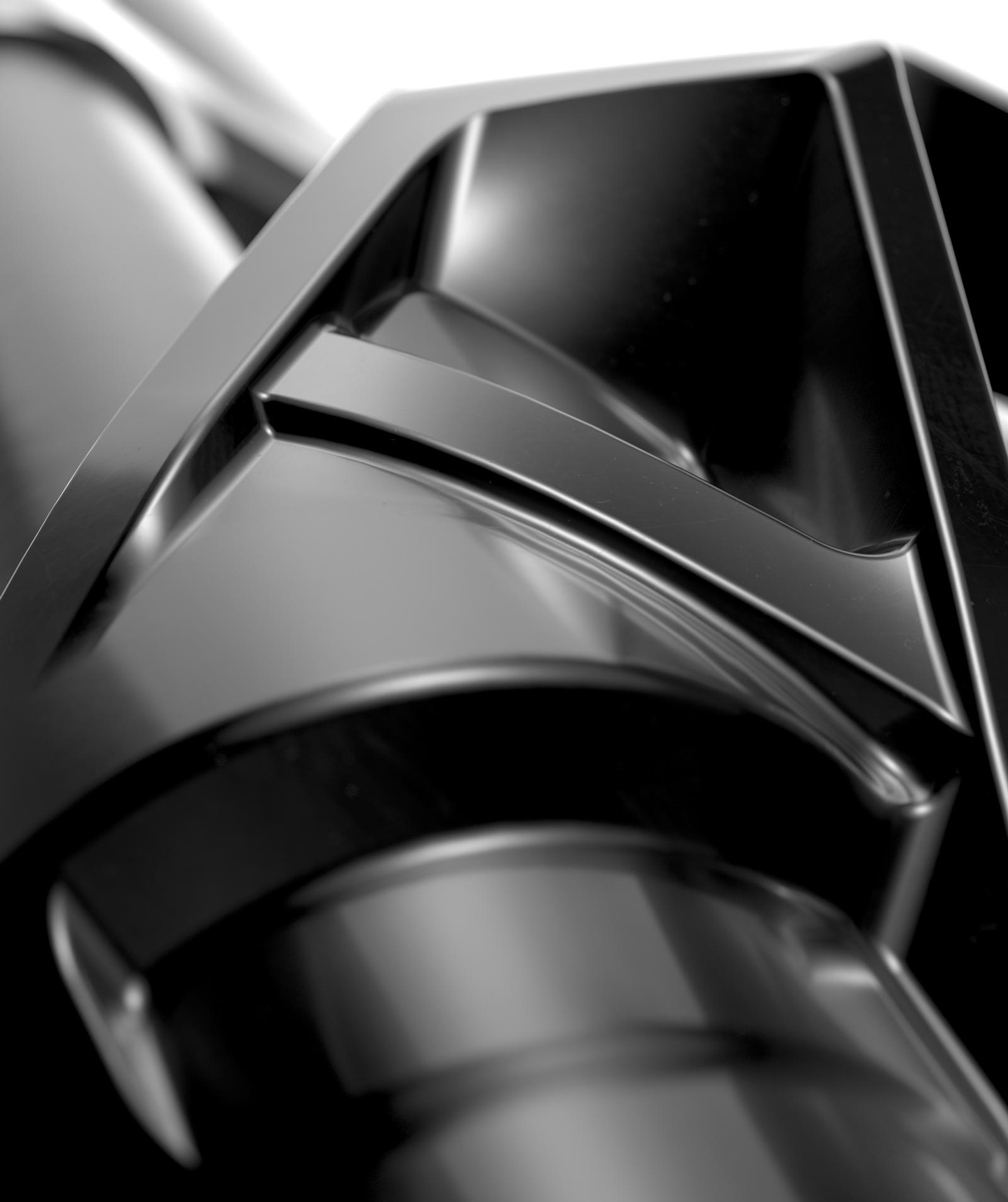 While the ZEB fork chassis remains largely unchanged, the shorter travel 35mm stanchion Pike and Lyrik forks get updated chasses with a more aggressive aesthetic. The crowns see a little more machining, perhaps to save on weight, while the arch on both forks is a lot more sharply contoured, and also more heavily machined at the sides. We’re waiting to hear back from RockShox to find out how these updates have altered the forks’ stiffness and strength characteristics. 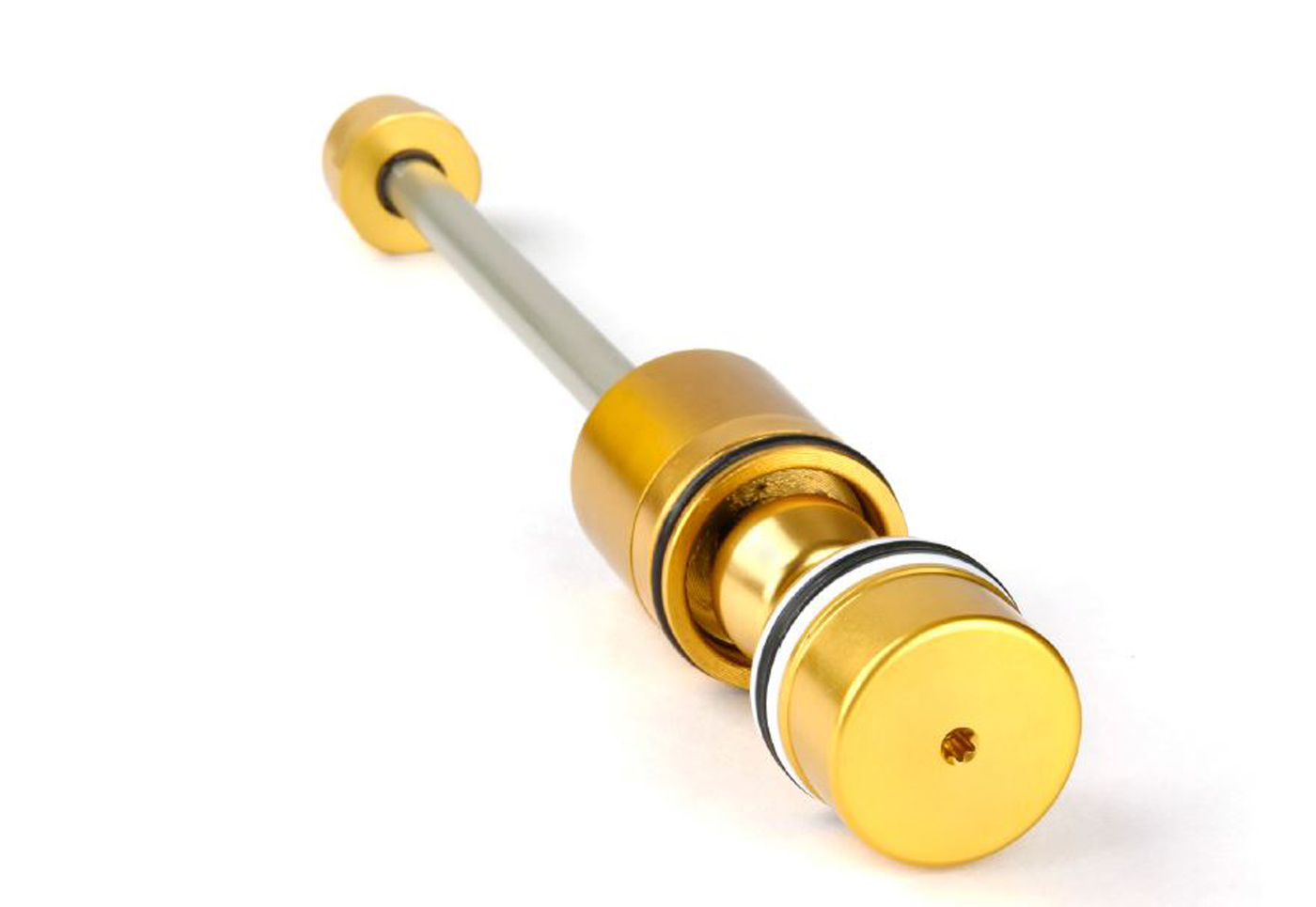 RockShox says that this, coupled with their ongoing friction reduction efforts, has created a linear spring curve from the beginning of the travel through the mid-stroke. 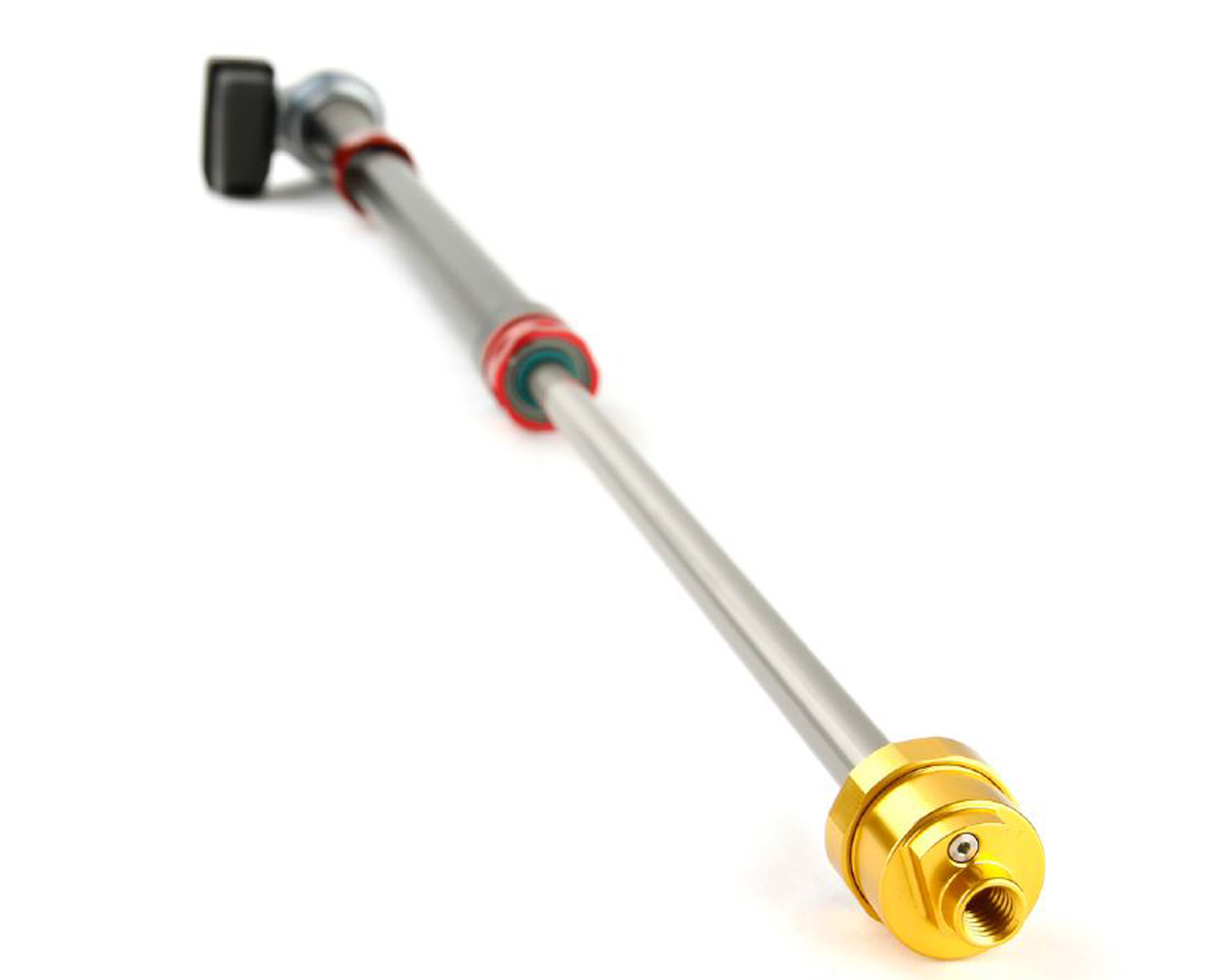 On top of their automatic electronic adjustment capabilities, the Flight Attendant forks get vibration damping inserts that sit just underneath the gold housings on the end of the damper and air spring.

Called ButterCups, they are basically two rubber pucks designed to absorb high frequency vibrations from the trail, stopping them travel up through the fork into the handlebar and eventually into the rider’s hands. SRAM reckon these go a long way to reducing hand and arm fatigue by blocking up to 20% of vibrations.

Side note: We covered the science behind vibration reduction benefits, and rounded up several products that further reduce arm pump if you want to maximize comfort and minimize fatigue-causing vibrations. 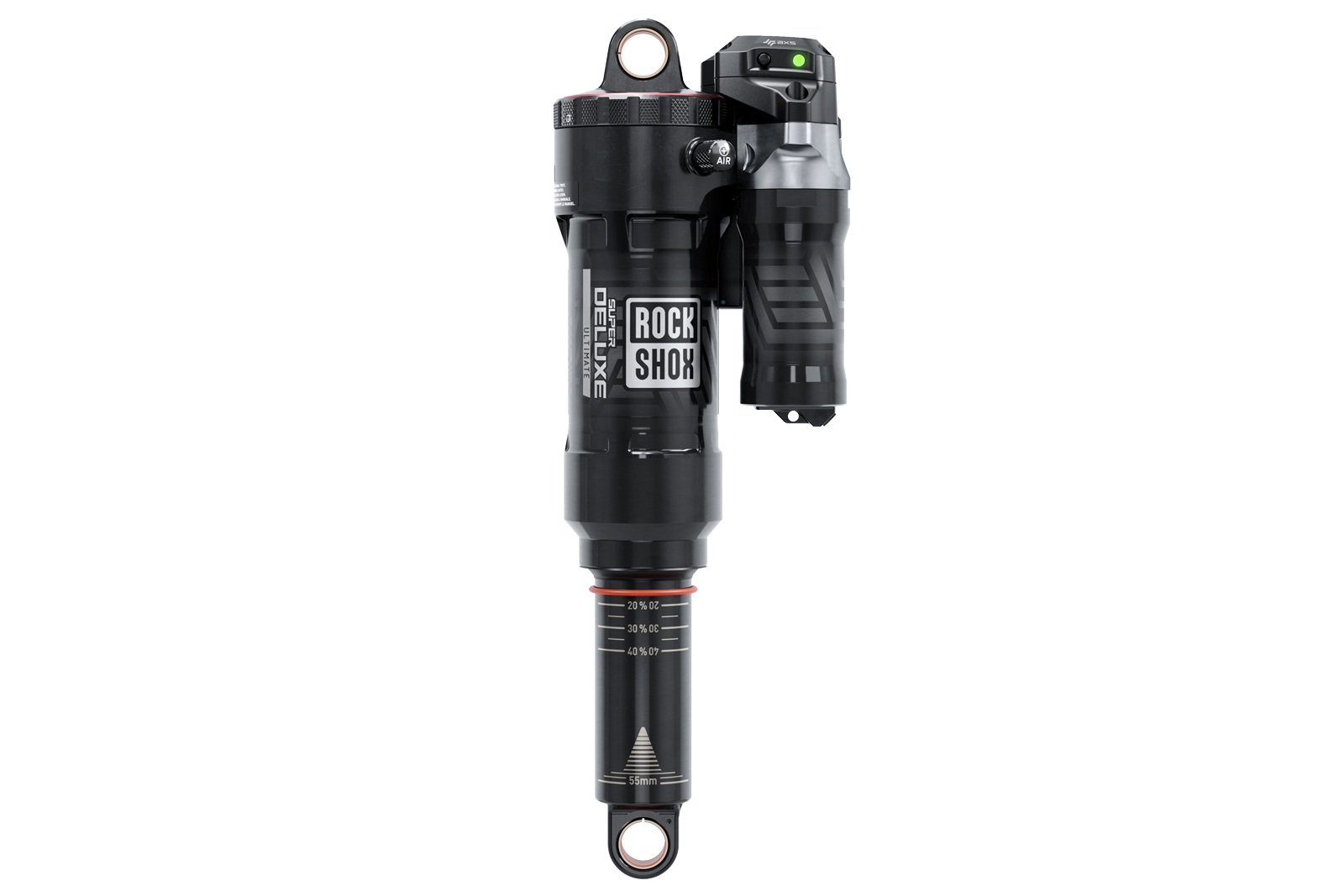 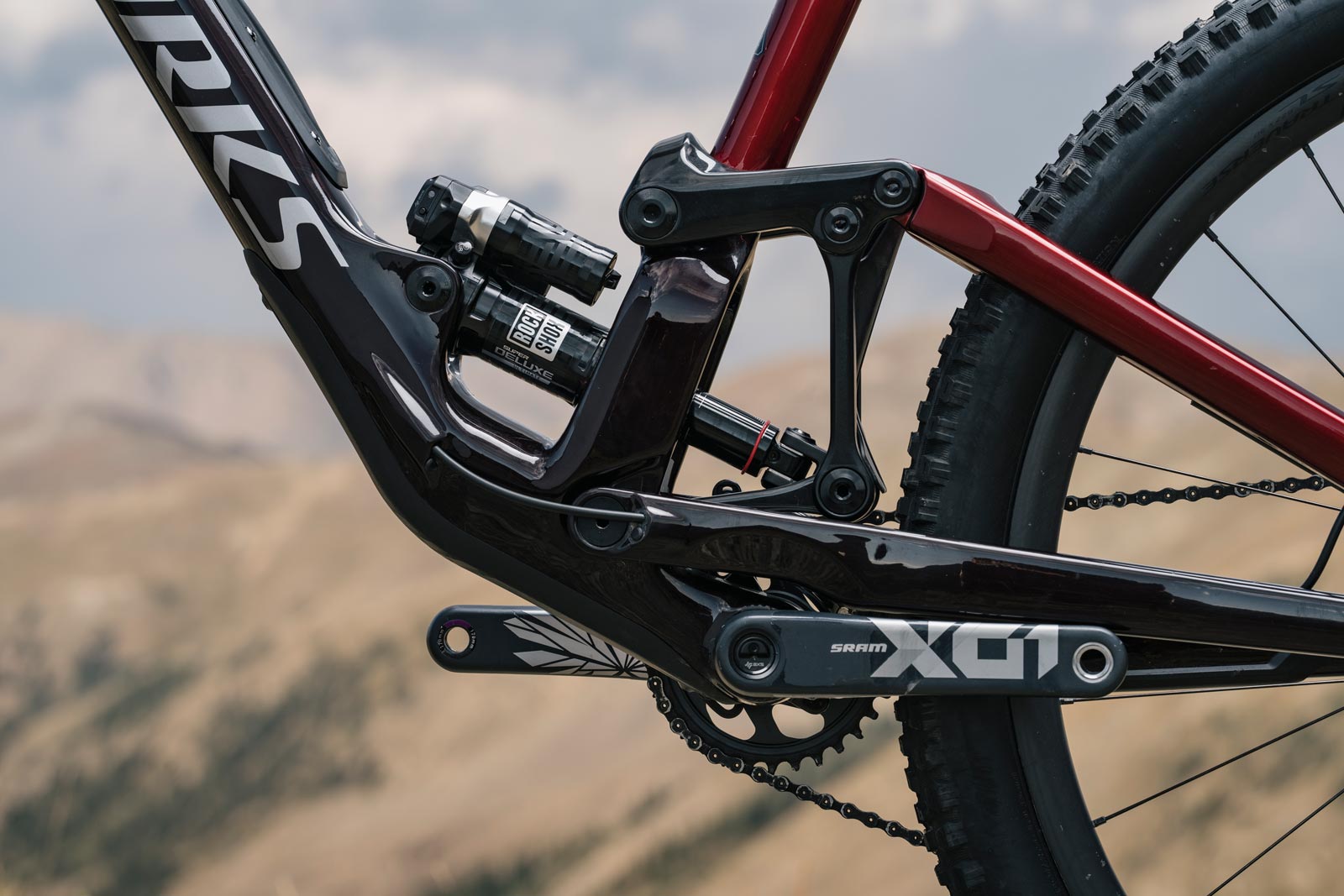 Though only available on Super Deluxe Ultimate Air Shocks for now, it’s not impossible that a Flight Attendant Coil version will be offered in future.

The nature of the shock will differ dependent on the bike it is spec’d on, as each manufacturer is able to specify the specific air cans (progressive or linear) as part of the custom tuning process. These air cans will be available aftermarket however, they are not compatible with current Super Deluxe shocks. 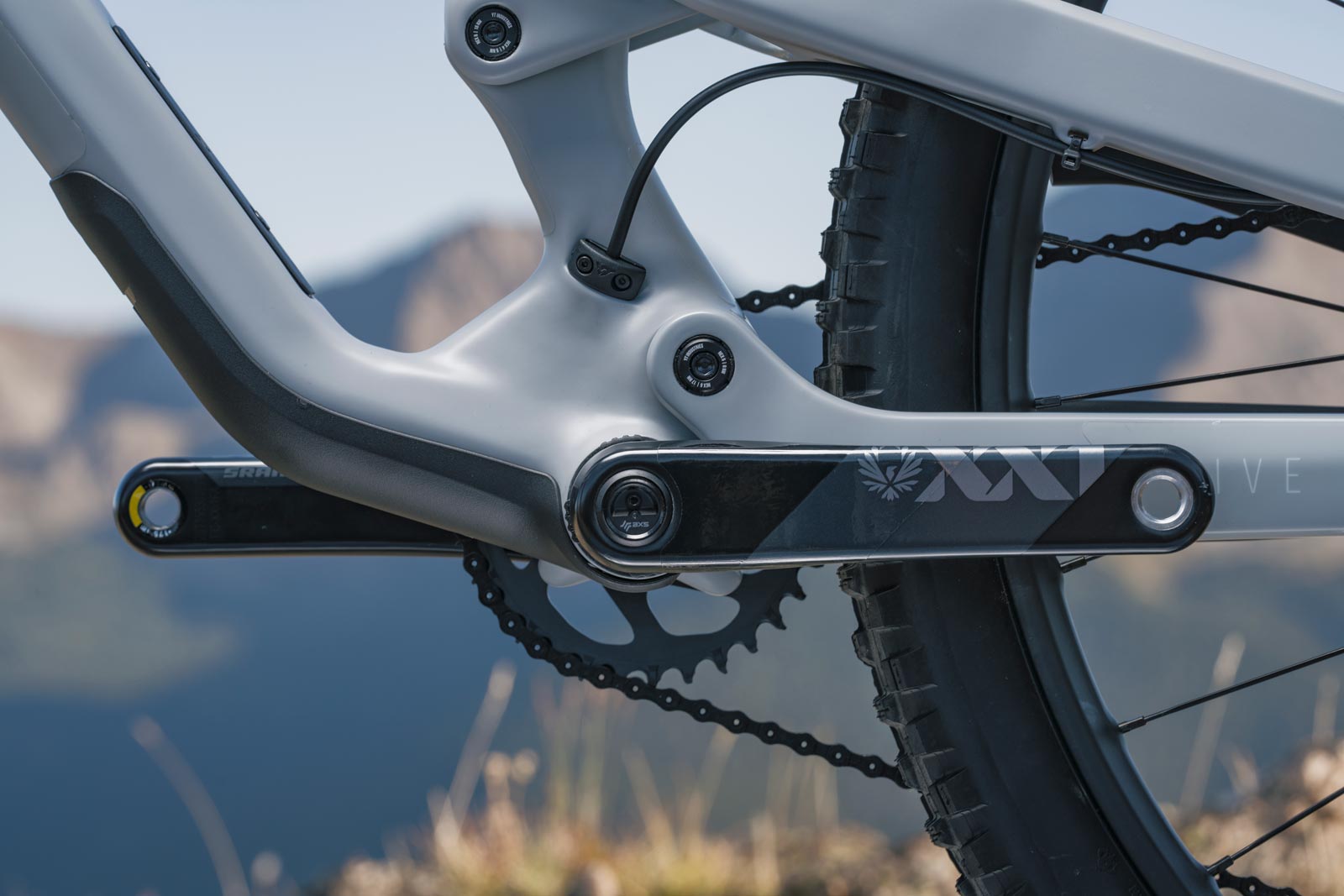 Flight Attendant will initially be available on higher end bikes spec’d with SRAM XX1 and XO1 cranksets, though it is compatible with most DUB spindles except the DUB 83 (DH) spindles. The cranksets are Direct Mount only, compatible with 30T, 32T, 34T and 36T chainrings. Options include 52mm and 55mm chainlines, with crank arm lengths of 165mm, 170mm and 175mm. 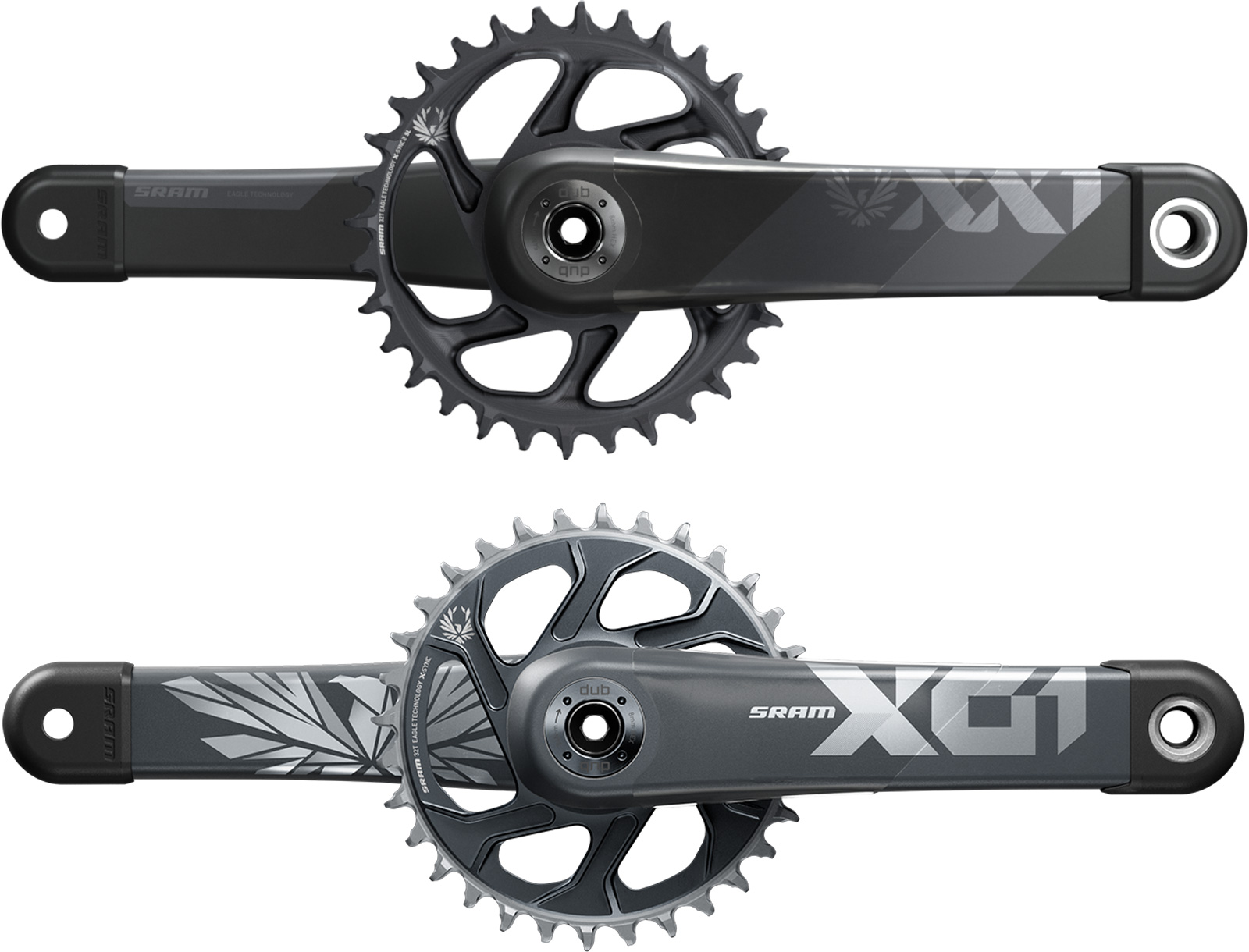 At the moment, the SRAM Flight Attendant System is OEM only, coming on complete bikes from YT, Canyon, Trek and Specialized, with some other manufacturers lined up. The Flight Attendant suite of components, including forks, shocks and cranksets will be available aftermarket in due course, but we’ve no indication as to when that will be. Stay tuned.