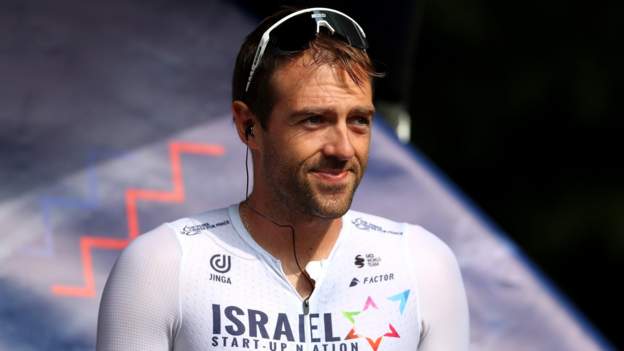 The record is currently held by Belgium’s Victor Campenaerts, who rode 55.089km last December in Manchester.

Dowsett was due to take on the challenge in 2020 but had to postpone after contracting Covid-19.

His latest attempt will take place on 3 November at the Aguascalientes Velodrome in Mexico.

“When I took the record in 2015, we rode enough to break the record but I knew I had more in the tank at the end which was frustrating given the work put in by everyone,” said Dowsett.

“Last year’s attempt was derailed when I contracted Covid-19 but the same reasons for wanting to do it are all still there. I want to see what I’m capable of and it’s an event I just really love and feel privileged to have the opportunity to take on again.”

Dowsett has severe haemophilia A, a type of blood clotting disorder, and will ride to raise money for his charity Little Bleeders and The Haemophilia Society.

He is the only known elite sportsperson with the condition to compete in an able-bodied field.

“It’s going to be a very big ask but I think I’m capable,” he said. “The biggest hurdle this time with it being in Mexico will be the altitude.

“Being at altitude the power output required will be lower than at sea level because of the thin air, but it’s not all plain sailing as the thin air also brings a tougher environment for breathing. We think in the end it should be more beneficial than detrimental to be at altitude.”

Last month, Britain’s Joss Lowden broke the hour record for women, posting a distance of 48.405km and beating the previous record by 398m.