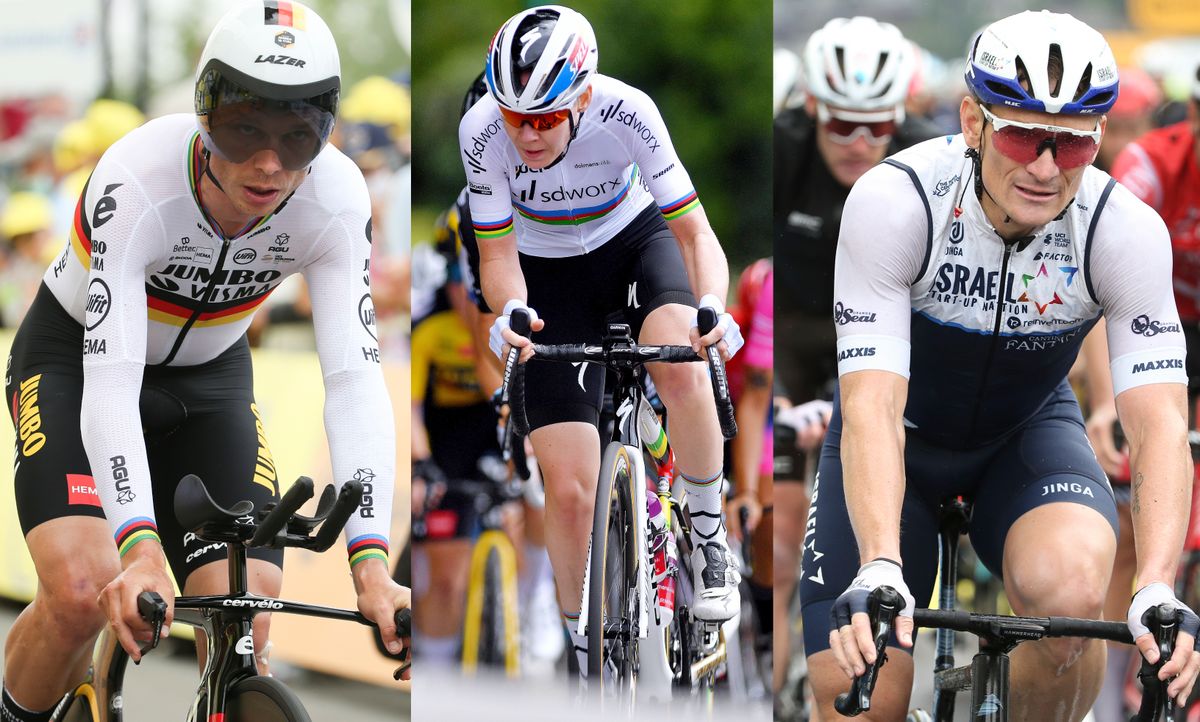 Like at the end of any season, riders are starting to announce their future plans, whether that be contract renewal or a new team. But some decide that it’s time to step away from the bike and retire.

Here is a list of riders who will be hanging up the bike at the end of the 2021 WorldTour season to pursue other goals.

Anna van der Breggen is a rider who has dominated the women’s side of road cycling for many years, but the SD Worx rider has decided that it is time to move on from racing and start a new chapter as a sports director for the team.

Van der Breggen has been a professional since 2012 and has taken some huge wins, such as seven editions of La Flèche Wallonne, three world titles, two Giro Donne overall victories, the Olympic road race in 2016, and many more besides.

Van der Breggen has already retired after the Road World Championships where she helped Vos to second on the day. The 31-year-old then went to Paris-Roubaix Femmes as a sports director.

André Greipel has finally decided to retire after a prolific career which has seen the big German, known as the ‘Gorilla’, take 158 wins.

A winner of multiple stages in all three Grand Tours as well as some of the biggest stage races, Greipel has also won two overall titles at the Tour Down Under early on in his career.

He was also a key component to Mark Cavendish’s HTC lead-out train before leaving to join the team now named Lotto-Soudal. Greipel finished his career at the Sparkassen Münsterland Giro which was won by Cavendish just ahead of Greipel’s team-mate, Alexis Renard.

Tony Martin is another rider that seems to have been around forever, but the German star has decided that the sport is just too dangerous after suffering a series of crashes this season.

All that as well as various time trial wins across some of the world’s top races and a group of sensational road race stage wins, with one of those being the fourth stage of the 2015 Tour de France where he won solo on a cobbled to Cambrai.

Two-time Monument winner Dan Martin will be leaving the pro peloton after another successful season that saw him complete his set of wins in all three Grand Tours.

The 35-year-old Irishman has won some huge races in his career and became one of the best climbers in the pro peloton. Unfortunately for him, his time trial and technical skills let him down in his fight to be a serious contender for the overalls in Grand Tours.

Taking 22 wins across his long career, including at Liège-Bastogne-Liège and Il Lombardia, Martin’s last win was on the summit finish of Sega di Ala on stage 17 of the Giro d’Italia from the breakaway after he backed out of the GC battle on the gravel of stage 11 to Montalcino.

A career spanning from 2008 to 2021, the Belgian sprinting star Jolien d’Hoore can be over the moon with the success she has seen over the many seasons she’s raced.

The 31-year-old has taken 48 wins over the years with five stages at the Women’s Tour, three at the Giro Donne, and two at the Madrid Challenge by La Vuelta a España.

Not to mention her superb strength in the Classics, which saw her win Ghent-Wevelgem and the Driedaagse Brugge – De Panne. D’Hoore scored three Belgian road race titles in career, the first of which was her first-ever win in 2012.

Fabio Aru has had a career that has seen a lot of ups and downs along the way, with the overall victory in the Vuelta a España in 2015 the certain highlight. The 31-year-old also podiumed twice at the Giro d’Italia and finished fifth in the 2017 Tour de France, where he also wore the yellow jersey.

He became the national champion in 2017 too while riding for Astana before joining UAE Team Emirates, which is where it all started to go wrong from 2018 onwards. Iliac artery issues in his right leg meant that he was not able to perform, needing surgery.

Unfortunately, even after the surgery, his results did not bounce back. Some solid finishes came over his three years with UAE but nothing spectacular. However, when joining Qhubeka-NextHash, things looked to be on the up with some great results, but after finishing the Vuelta a España, Aru chose to retire.

At age 30, Ruth Winder is one of the younger riders in this list choosing to retire. Missing home, her family, and her fiancé, the former American champion has decided that she would call it a day on the professional cycling front.

Winder may not have been a prolific winner, but some of the wins she did take were great ones. She was the last winner of the Tour Down Under, where she beat Liane Lippert (DSM) and home favourite Amanda Spratt (BikeExchange) in 2020.

Other wins came at the 2021 Brabantse Pijl where she pipped Demi Vollering (SD Worx) on the line in an astonishingly close photo finish that was to be only challenged by the men’s Amstel Gold Race for tightness. She also wore the pink jersey at the Giro Donne after she and her team won the opening team time trial.

Nicolas Roche came into the sport with a lot on his shoulders as the son of Stephen Roche, a man who won the Tour de France, Giro d’Italia, and the World Championships in the same year.

While Nico may not have quite reached those dizzy heights, the Irishman had a superbly strong career which saw him take 12 victories along the way. That included two stage wins at the Vuelta a España, where he also wore the leader’s jersey on a couple of occasions.

He was also a key component in teams for some of the best GC riders around, with Alberto Contador, Chris Froome, and Richie Porte, to name but a few, relying on his ability to help guide them through the Grand Tours.

It was an exceptional career that started in 2005 and ended with a sixth-place at his National Championships in 2021.

Other riders retiring at the end of the 2021 season