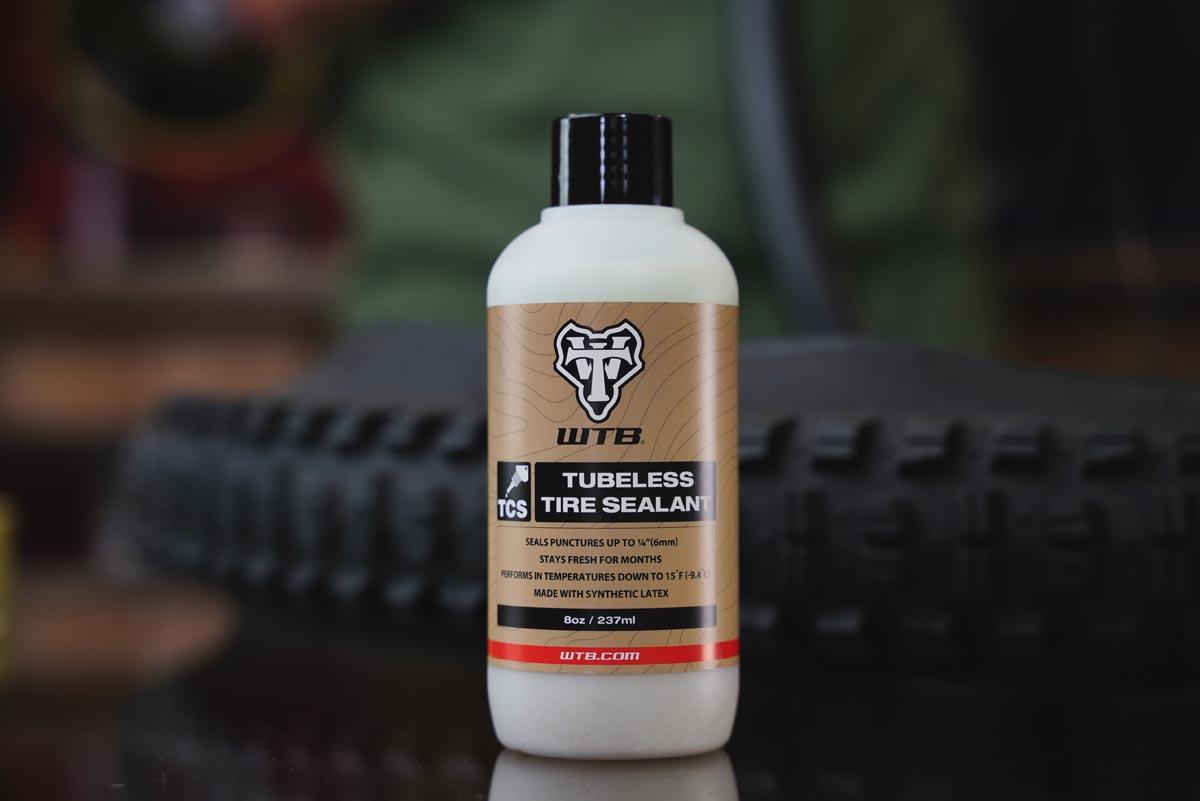 It’s been five years since WTB has offered their own tire sealant, but TCS is back! More importantly, this isn’t just another rebranded sealant in a new bottle. WTB claims that they’ve spent the past two years developing their own formula that will stand out against the sea of leak-plugging liquids. 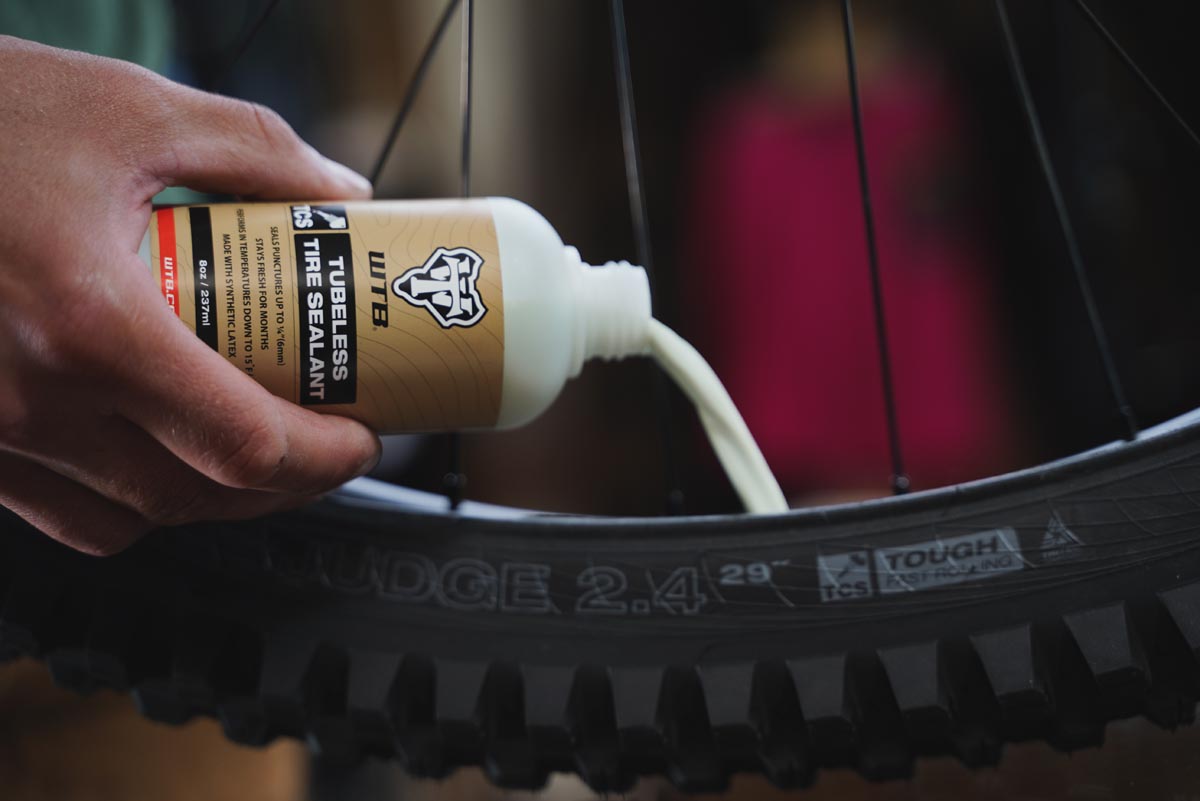 When punctured, the sealant “encapsulates fibers and crystalline particles within the puncture,” which gives the sealant the ability to seal up to 6mm holes. Based on the video above, it will actually seal holes a bit bigger than that (at least while on a truing stand). And because the sealant uses synthetic latex, those with allergies to natural latex should be able to use the sealant without issue.

If there’s any drawback to the WTB TCS sealant, it would be that it’s only good down to 15°F (-9.4°C). Obviously, for many (most?) riders, that won’t be an issue. But fat bikers and those who routinely ride regardless of the chance of frostbite might need to find another sealant for the deep winter months. According to WTB, they would have had to use more antifreeze in their sealant to make it work down to 0°F or below. Instead, by accepting a slightly higher minimum temperature, they were able to reduce the amount of antifreeze and increase the amount of synthetic latex for a better performing sealant in more common temperature ranges. 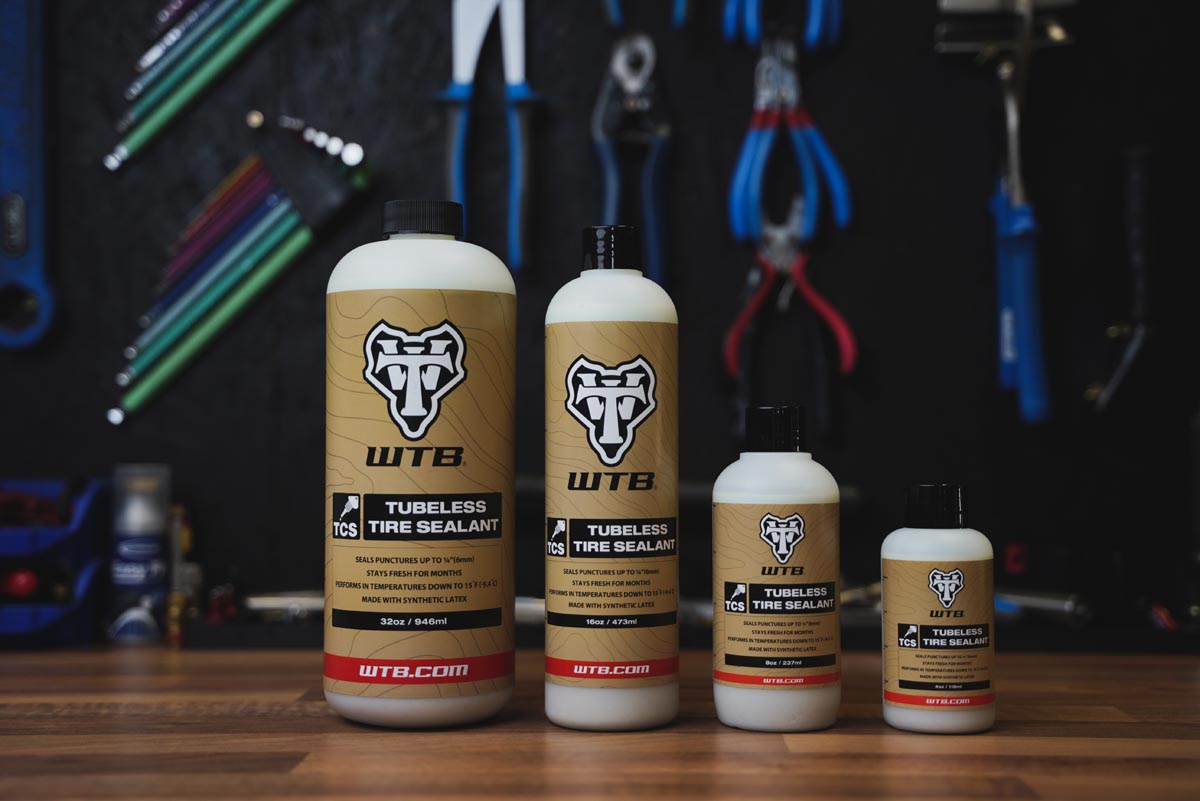 The final piece of the WTB TCS (Tubeless Compatible System), the new tire sealant will be offered in 4oz, 8oz, 16oz, and 32oz bottles. WTB recommends 2-4oz for road or gravel tires under 50mm wide, 3-5oz for 2.0-2.5″ MTB tires, and 4-6oz for 2.6-4.0″ MTB tires. The sealant is available now in Europe and will be available in North America sometime this fall.