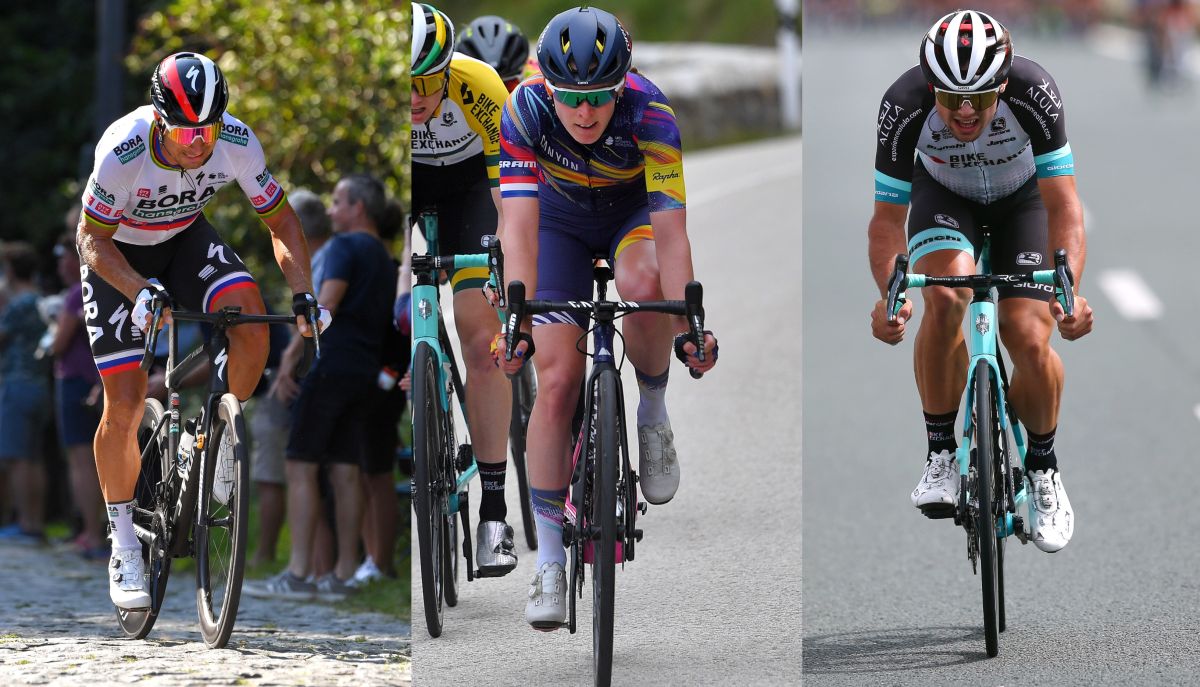 The UCI WorldTour is seen as the pinnacle of road cycling, but some riders are now being drawn away from the top division of the sport to second tier projects.

Over the past few seasons, riders have dropped down to help teams in their quest for a WorldTour licence. Nairo Quintana moving to Arkéa-Samsic, Jasper Philipsen to Alpecin-Fenix and Kristoffer Halvorsen to Uno-X are just three examples in the past two years.

Both in the men’s and women’s there has been a number of riders who have made the decision to drop down a tier for 2022. Here are just some of them:

The big news of the transfer season for the end of 2021 into the start of 2022. Peter Sagan is leaving Bora-Hansgrohe after five years to join TotalEnergies, dropping out of the WorldTour for the first time since 2009 before he signed for Liquigas.

Sagan is taking his famous entourage with him, except his brother, Juraj, who seems to be staying at Bora-Hansgrohe for the time being.

With Peter Sagan though, Maciej Bodnar, Daniel Oss and Erik Baška are all going across to TotalEnergies.

This is likely to be a short-lived stay in the second division as the team looks to move up to the WorldTour for the first time since 2014 when they were called Europcar.

Former British champion, Hannah Barnes, is one of a large number of riders moving to the new Scandinavian squad of Uno-X Pro Cycling.

Barnes has signed a two-year deal with the team after spending six years of her career at the Canyon-SRAM team.

She is joining Uno-X as one of the teams key leaders in some of the biggest races as they look to also build towards a spot in the WorldTour, potentially in 2023.

Barnes won’t be the only Brit in the team as Elinor Barker is set to join too. However, she will miss her first year with the team due to the fact she is having a baby. But Uno-X have committed to the contract and have said that she can remain on the team’s books.

Rob Stannard has shown in the last couple of seasons that he is a super talent and has a very bright future on multiple types of terrain due to strong legs on the flat as well as a fast finish and great ability on hills.

Stannard so far doesn’t have any professional wins, but does have very prestigious under-23 victories at Trofeo Bonin Costruzioni, Giro del Belvedere and the Il Piccolo Lombardia.

The 23-year-old Australian will be joining the UCI ProTeam, Alpecin-Fenix, who may as well be a WorldTeam considering the talent they have at their disposal, as well as the amount of wins they racked up in 2021.

Stannard will no doubt be a vital wheel in the cog as they look to be way more than just Mathieu van der Poel.

Susanne Andersen was a signing by Uno-X that made a lot of sense -a very talented young Norwegian rider who has started to collect some top results.

While not taking a career win as of yet, Andersen has been putting together a list of top 10s and top 20s in some of the cycling world’s biggest races. This included a seventh place at the Road World Championships in Bergen, Norway when she was just a teenager.

The punchy sprinter has shown well in the Simac Ladies Tour too, with a second place this season being the closest she has got to her first win, as well as her second place on stage one of the Ladies Tour of Norway.

Andersen will likely be Uno-X’s main sprinting option in 2022 and 2023 with the 23-year-old signing for two years after three years spell at Team DSM.

Hugo Hofstetter may not be a rider you know much about. But he is an excellent punchy French sprinter, in a similar mould to Bryan Coquard and Nacer Bouhanni.

While those two listed have gone onto have plenty of victories, Hofstetter has got just the two, albeit two good wins. In 2020 his biggest of the two was Le Samyn. The brutal cobbled semi-Classic has seen the likes of Niki Terpstra, Magnus Bäckstedt, Arnaud Démare, Florian Sénéchal and Tim Merlier all win.

The other race he won was a stage of the Tour de l’Ain. Hofstetter is a relatively talented climber too and could bring more wins to the Arkéa-Samsic team. Definitely a move that makes a lot of sense with smaller races in the French Cup suiting him well.

Michael Gogl is an extremely powerful rider who often does very well right at the start of the season, top tenning at Strade Bianche twice as well as an eighth place at the Amstel Gold Race.

Gogl hasn’t quite managed to turn this form into wins though, as he is still looking for that illusive first victory. However, this move to Alpecin-Fenix could change him as a rider as his first job will likely be for Van der Poel in the Classics as well as Philipsen and Merlier in the sprints.

The 27-year-old Austrian just spent two seasons at Qhubeka-NextHash and has signed another two year deal with Alpecin-Fenix.