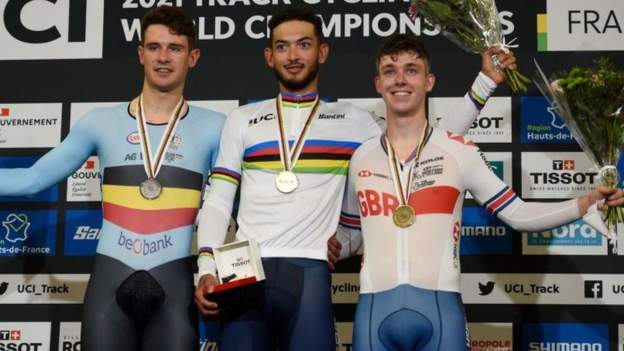 Rhys Britton finished third in the men’s scratch race to claim one of three bronze medals for Great Britain on day two of the World Championships.

The 22-year-old was edged out by Frenchman Donavan Grondin and Belgium’s Tuur Dens in Roubaix, France.

Denmark led at the halfway point but fell apart as GB came through to take bronze.