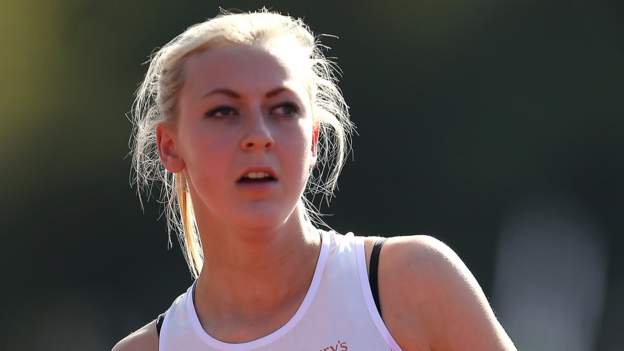 British Para-cyclist Erin McBride has been banned from all sport for three years for using the banned substance ostarine.

The 23-year-old visually-impaired sprinter returned a positive result in an out-of-competition test on 3 March.

McBride was a track runner before joining the British Para-cycling team earlier this year.

British Cycling said it suspended McBride after being notified of the result on 15 April.

McBride, who was a European champion in athletics before converting to cycling, was charged with a doping violation in August after her B sample confirmed the adverse finding.

McBride, who has not competed for British Cycling, accepted the ban, which was reduced from four years to three “based on early admission and acceptance of sanction,” said UK Anti-Doping (Ukad).

A British Cycling spokesperson said: “British Cycling supported Ukad in their efforts to investigate the circumstances of Erin’s adverse analytical finding as part of our commitment to clean sport.

“British Cycling offers our full backing to Ukad’s decision – as the UK’s anti-doping regulations make clear, each athlete is responsible for any banned substances found in their body unless they are able to fully demonstrate otherwise.”

The anabolic agent ostarine was one of two banned substances detected in a sample returned by British Olympic sprinter CJ Ujah at the Tokyo Games, where he had helped Britain to 4x100m silver.

Ujah faces a hearing at the Court of Arbitration for Sport after being provisionally suspended.