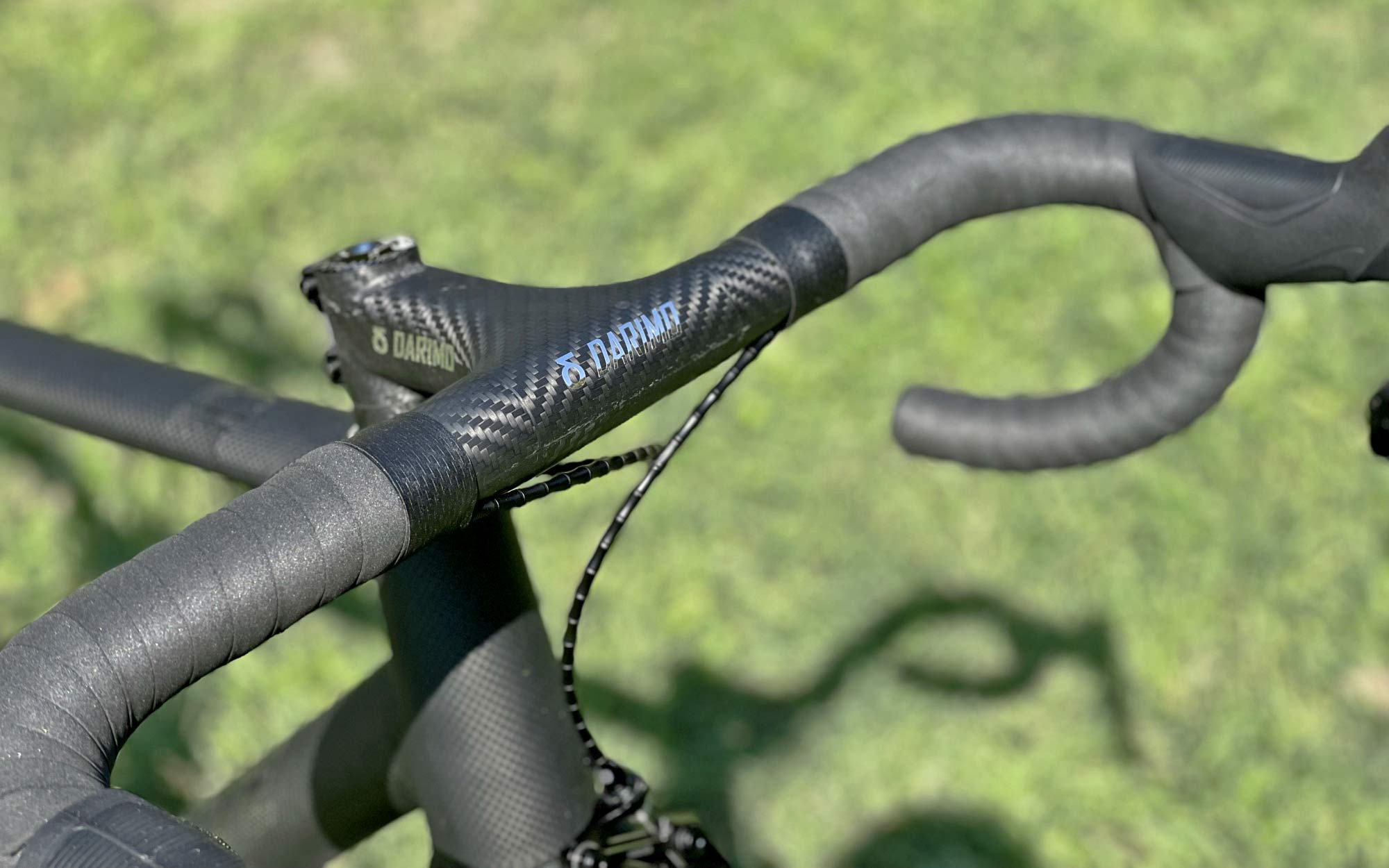 Darimo’s handmade Spanish carbon Nexum road bike bar and stem combo is unbelievably lightweight. Claiming complete cockpit weights starting under 200g, it’s hard to call the Nexum anything other than ultralight. But it’s also incredibly customizable. It’s already available in a huge 35 size range (with at least another 70! in the works) so any size road rider will find their perfect fit, plus external or fully internal routing and multiple finish options, as well. 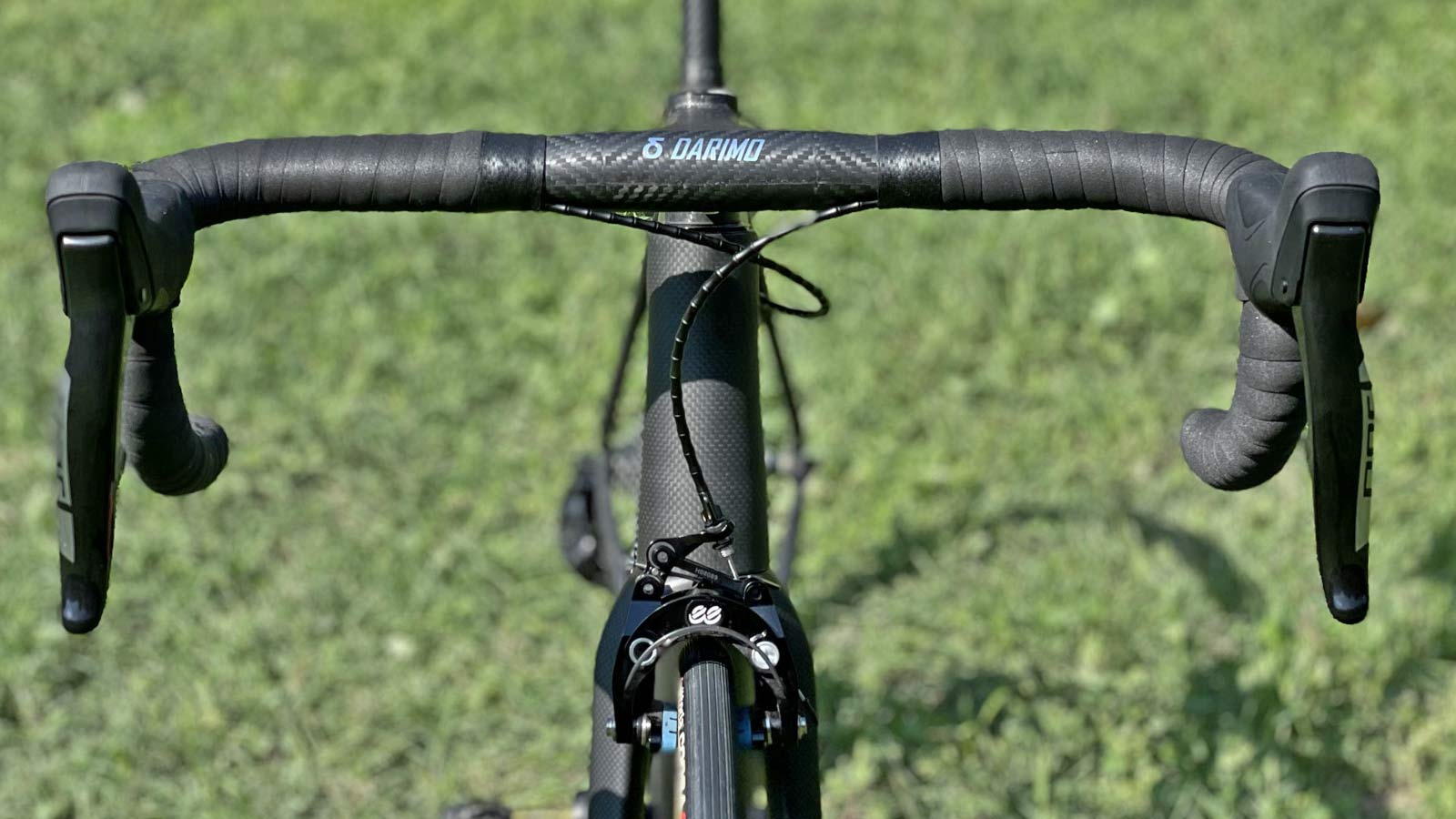 Let’s just start that we call any carbon handlebar that weighs less than 200g lightweight already. Adding in a stem under that weight is unheard of, as far as I know. Many premium carbon bar & stem combos hover between 350-400g, while Wilier’s 0-bar & Syncros’ Creston iC SL dip as low as 325g. Even the wildly light Roval Alpinist cockpit weighs 255g. 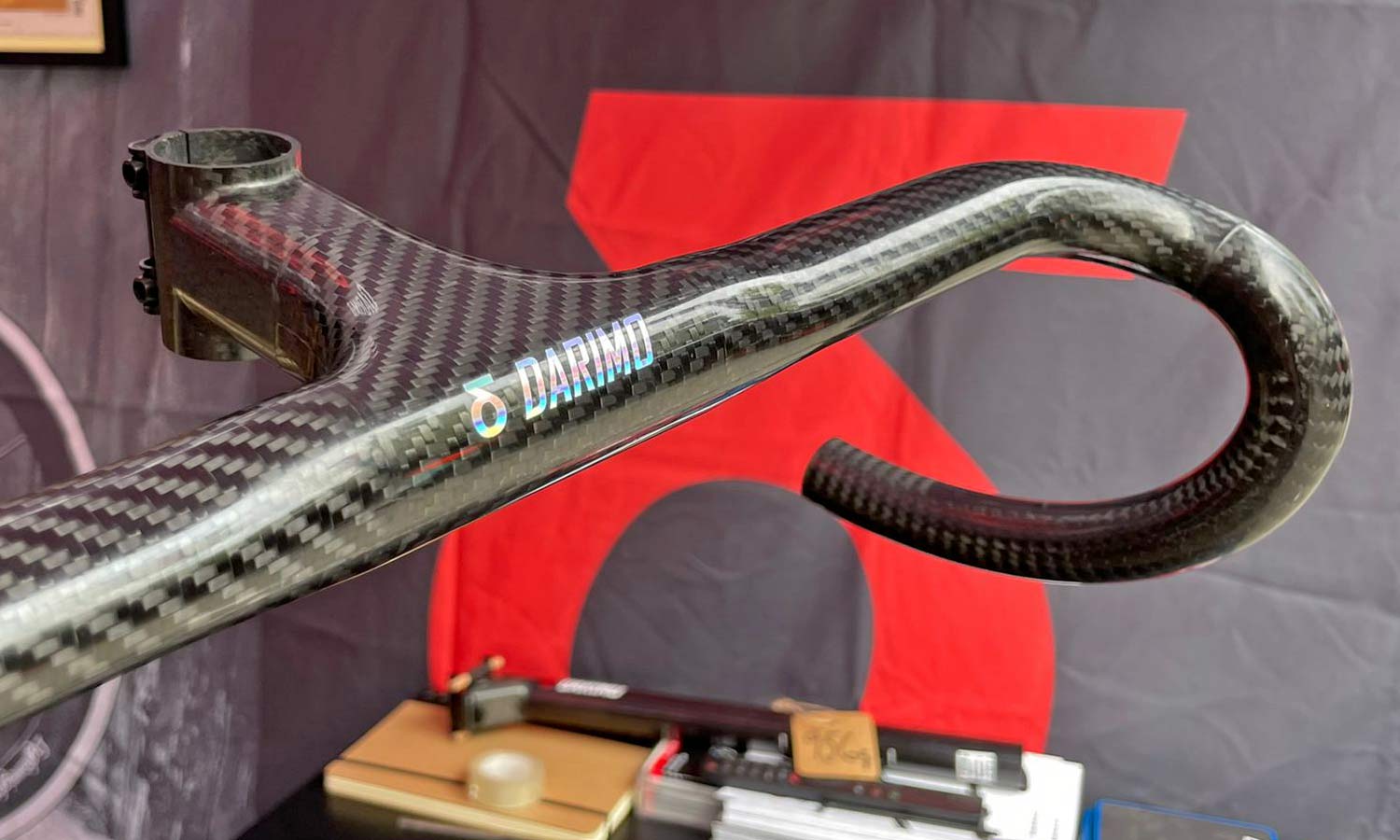 Darimo claims a weight of 195g for the Nexus cockpit in a 90x420mm version, and still just 210g in the largest 130x440mm size. We haven’t seen the new one-piece carbon road bike cockpit on a scale yet. But having covered ultralight Darimo Carbon components up close for more than three years, I’ve personally only seen them claim weight heavier than what I’ve seen sitting on a scale.

While the weights seem incredibly light, it’s not a far stretch since this cockpit is essentially made up of  Darimo’s already light Ellipse carbon road bar (128g at 420mm) and IX4 carbon stem (71g at 90mm). In fact, you don’t actually save a tone of weight in picking Darimo’s new Nexum one-piece cockpit, it’s more a significant gain of stiffness, added security, and of course, cleanly integrated good looks. 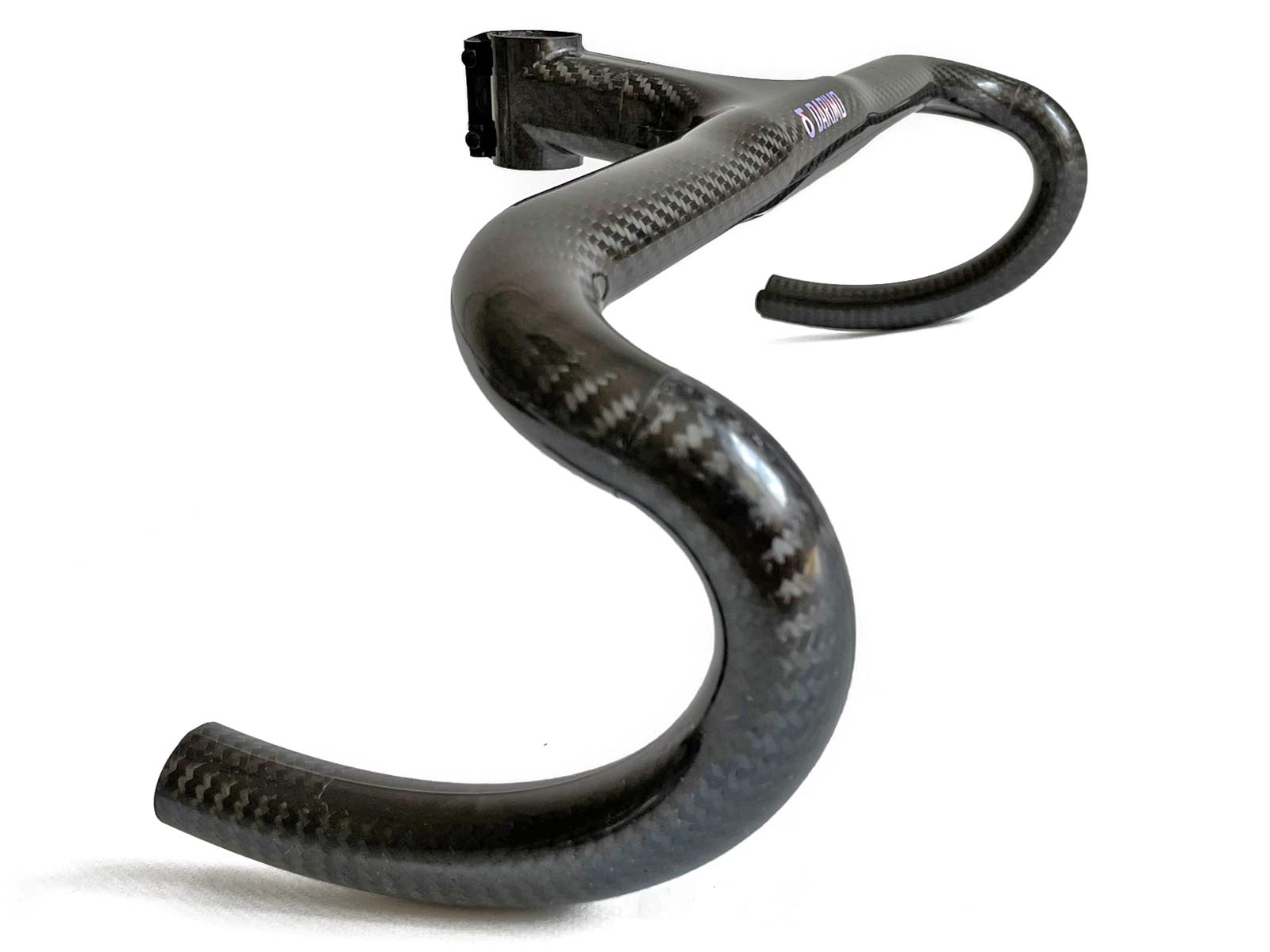 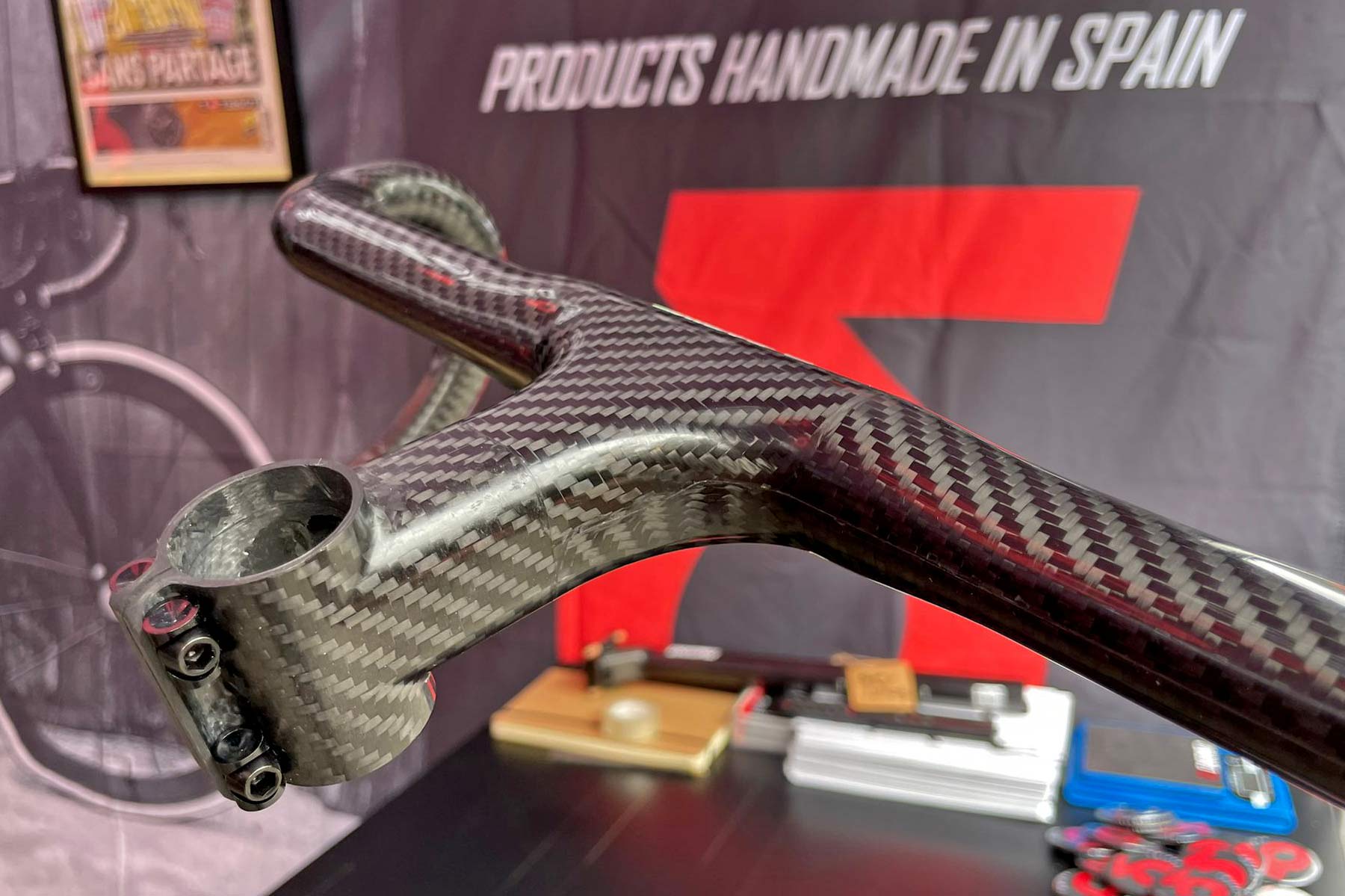 The made-to-order one-piece bar & stem combo is designed to be compatible with internal cable routing. Buyers can pick from external routing or internal Di2 cable routing through the stem. Darimo also says they can supply the parts necessary to route cables fully internal with non-round steerer tubes, and they have parts to install the ultralight cockpit with FSA’s fully internal ACR routing solution. 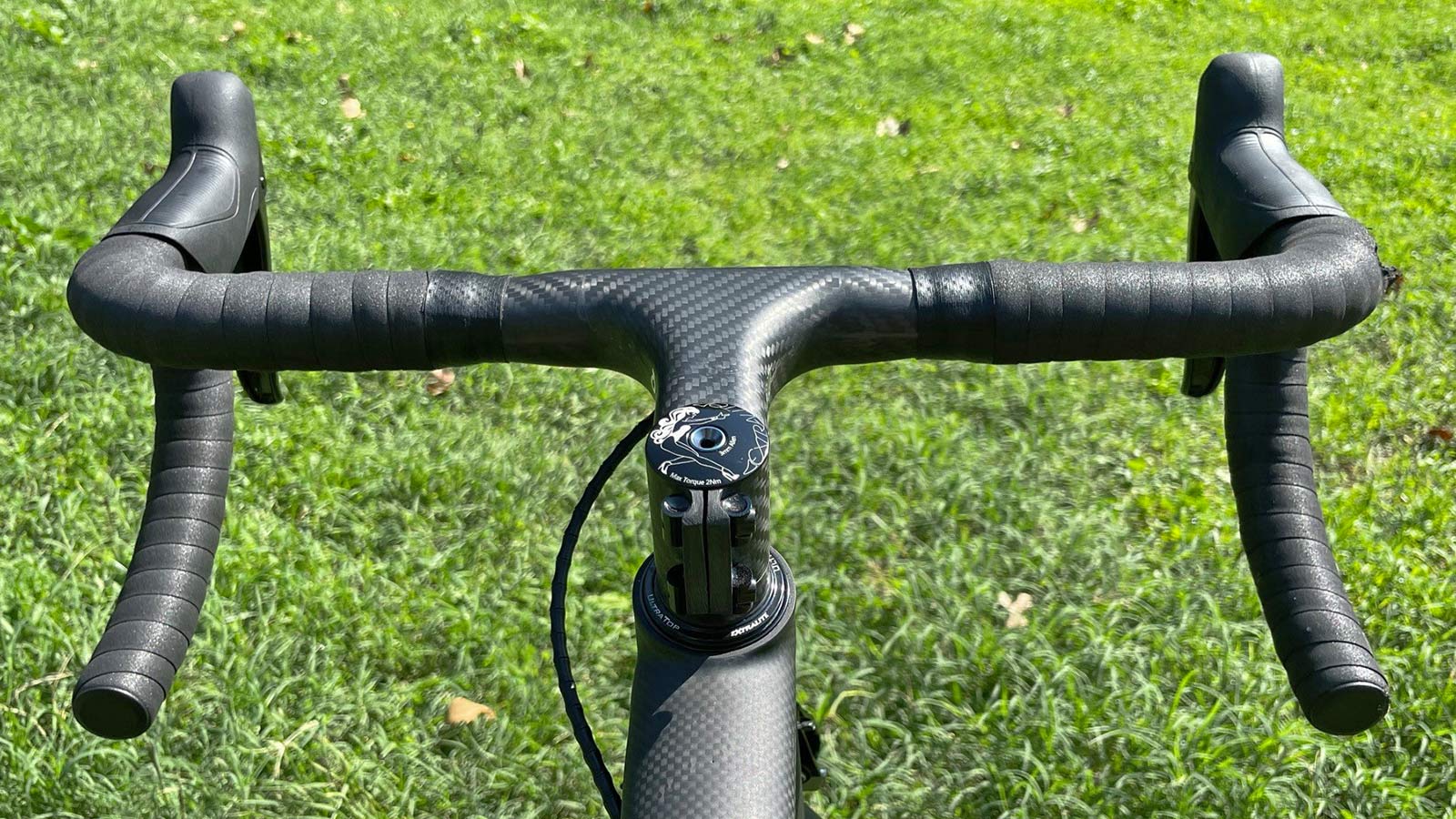 We haven’t seen any detail of it, but Darimo says the Nexum handlebar is “ready for installing computer mounts”, presumably with holes under the stem for an out-front mount. 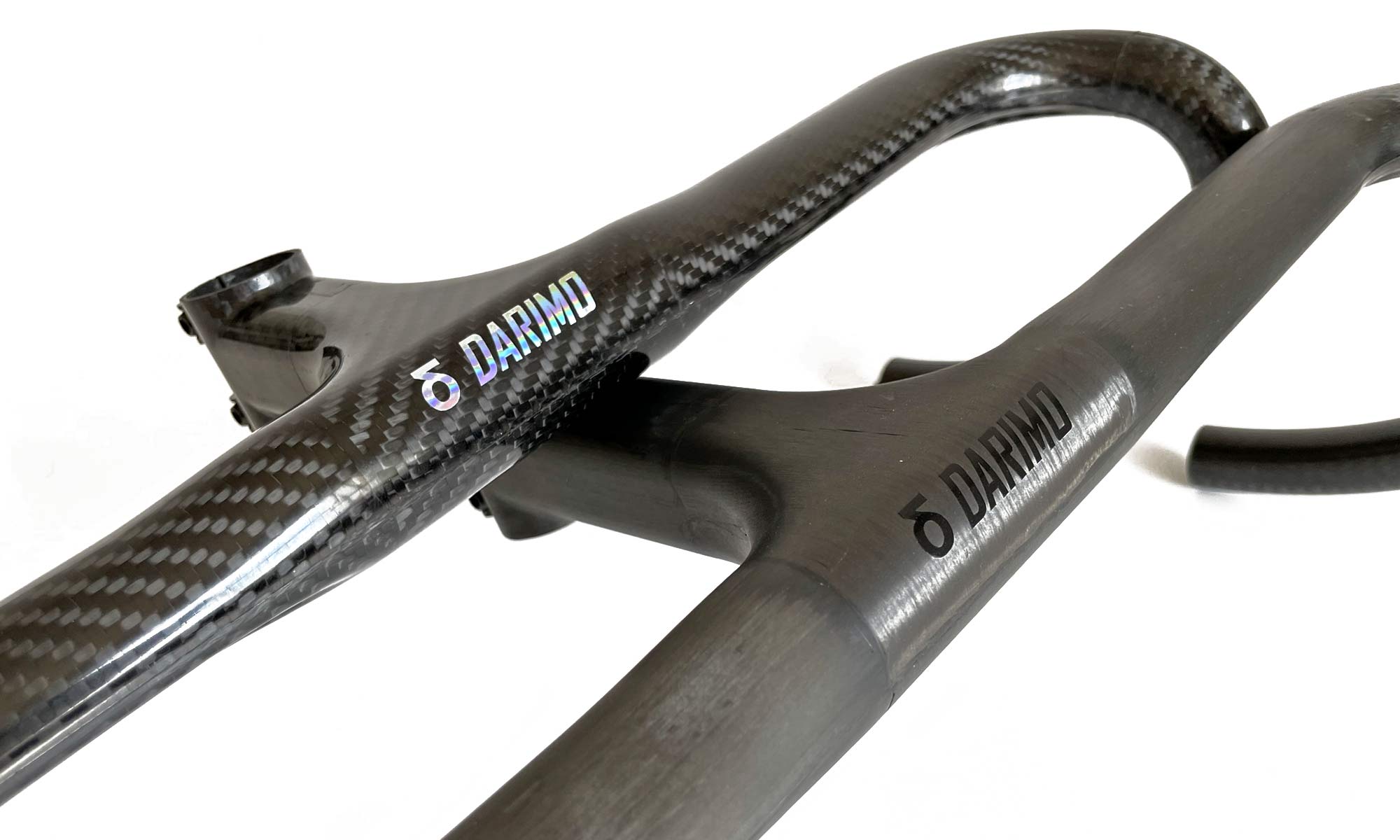 Darimo’s new ultralight carbon Nexum road bike cockpit sells for 850€, made entirely in-house at their València, Spain workshop. The new bar & stem combo is available in all four of their standard finishes gloss or matte, 3K or UD carbon, plus custom color decals to match your bike build. 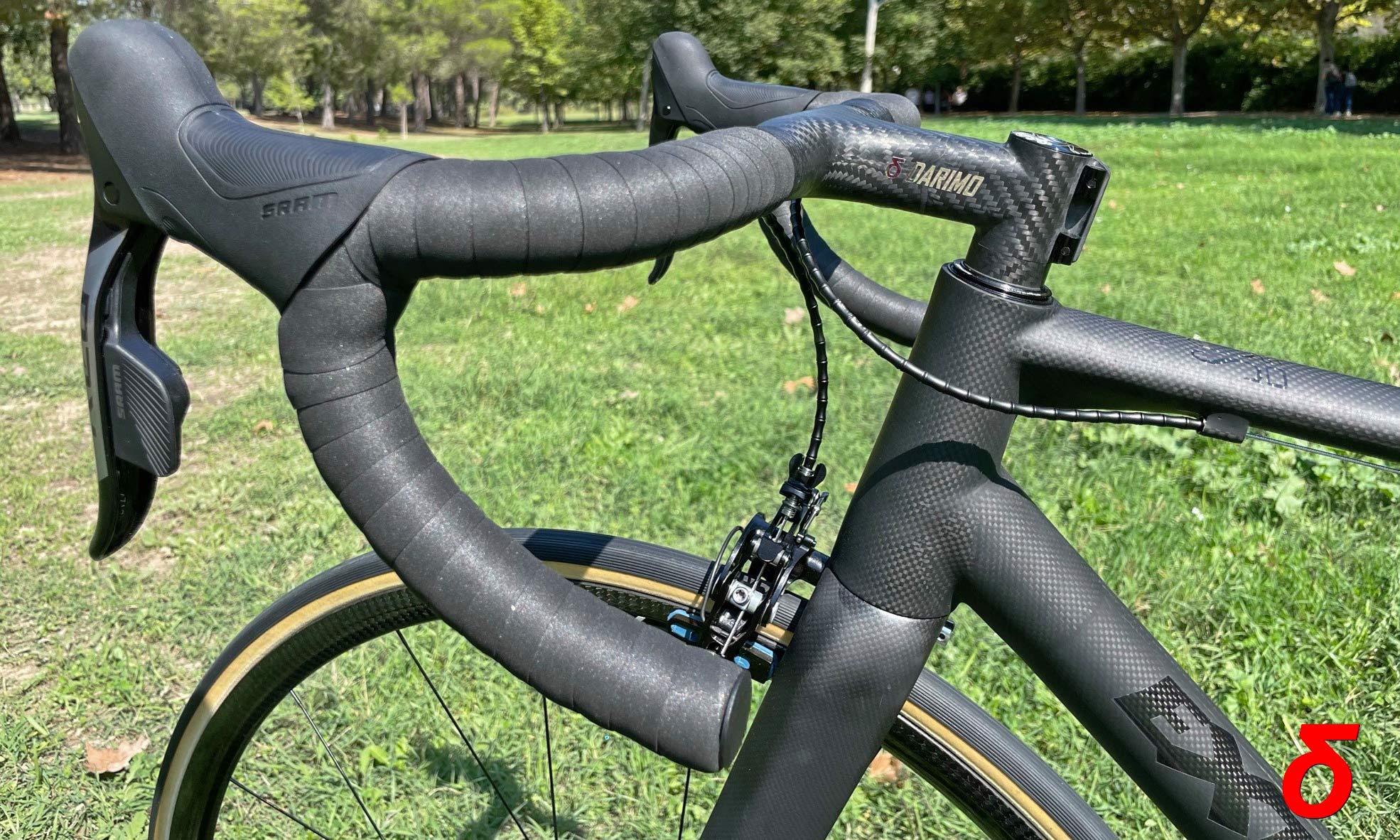 Order yours from your local Darimo retail bike shop, or straight from the source.