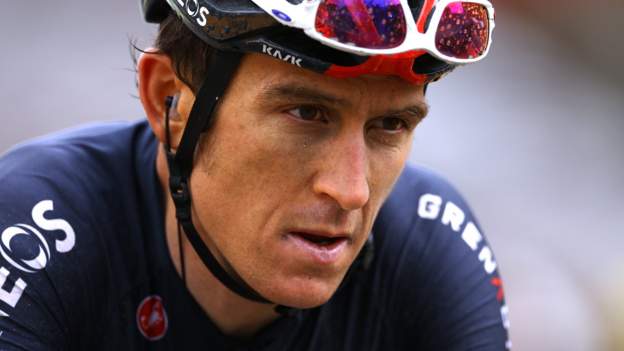 Geraint Thomas is set to sign a new contract with Ineos Grenadiers after long and “tough” negotiations.

The 2018 Tour de France champion’s existing deal is due to expire at the end of this year.

Thomas, 35, has attracted interest from other teams but is close to agreeing a two-year contract with Ineos, the team he has represented since 2010.

“It’s pretty much done but it’s still not signed so I don’t want to curse it,” Thomas told BBC Sport Wales.

“It’s hard. I’ve had to separate the emotional and the business side of things.

“I’ve known Dave [Brailsford, Ineos team boss] since 2003 and that relationship is obviously a good one but he has his bosses and his agenda and there’s me and what my family want.

“So it’s been tough. It’s been the worst one [contract] to redo because there’s been a lot going on but I’m happy that it’s finally almost done.

“Once it’s announced, we can move on and I can concentrate on getting fit and riding my bike.”

Thomas, who is recovering from shoulder surgery, has been with Ineos since the team’s inception in 2010, when they were known as Sky Procycling.

He signed his current contract on improved terms in 2018 shortly after winning the Tour de France, where he finished as runner-up the following year.

Thomas’ past couple of seasons have been disrupted by crashes and subsequent injuries, denying him the opportunity to contest further Grand Tour titles.

The Welshman remains a respected and influential figure at Ineos, and he won the Tour de Romandie earlier this year.

However, he faces competition from team-mates such as Egan Bernal and Richard Carapaz to lead the team in future Grand Tours.

Now Thomas is entering the final few years of his career, the Ineos contract he is about to sign could be his last.

The double Olympic gold medallist has started planning for life after competitive cycling having launched a charitable trust to make the sport more accessible to young people of all backgrounds.

And while retirement is in Thomas’ thoughts, he still has a burning desire to race at the highest level.

“In two or three years I’ll be done then, which is a weird thought, so I really want to enjoy my last few years of racing,” said Thomas.

“And to enjoy it, I need to be at the front racing to win.

“The closer you get to stopping, the more it [retirement] is in the back of your mind.

“The trust, once I move back here [at home in Wales] full-time and stop racing, will take even more importance.

“With retirement, it’s something I’m thinking about so it’s not a shock.

“It’s a big change, going from 17 or 18 years of having a big goal you’re training for to suddenly waking up on a Monday morning and thinking ‘What do I do now?’.

“It’s something I’m thinking about but racing is still at the forefront of my mind.”