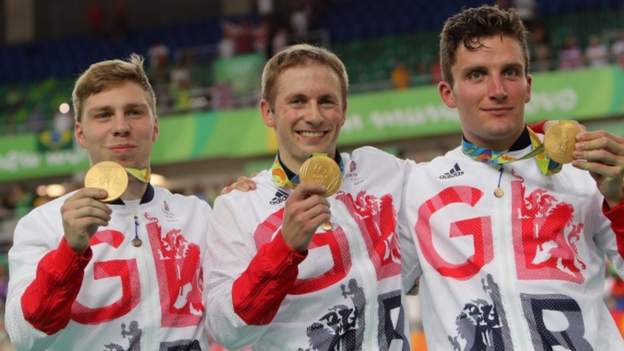 As ‘man one’ in the team sprint event, Hindes helped Great Britain win gold at London 2012 and Rio 2016.

“Having been a cyclist for so long has been incredible,” he said on social media. “I’m proud of what I achieved.”

Hindes added: “I will now be putting my dedication and drive into a new chapter of my life, starting a new career and seeing where it takes me.”

Born in Germany, Hindes represented his birth nation during his junior years before switching to the Great Britain cycling team in 2010.

He won his first Olympic medal aged 19 and was a reserve rider as Team GB took silver at the Tokyo 2020 Games held this summer.

Hindes added: “I think there’s plenty more to come from the men’s sprint team, and I’ll be cheering them on all the way to Paris 2024.”

British Cycling performance director Stephen Park said: “Phil can take pride in the fact he was indisputably the fastest man one team sprint rider in the world for a number of years. To sustain this level of power, speed and fitness for so long is remarkable and he can count himself as one of the team’s most successful sprinters.

“In addition to his achievements on the bike, what stands out for me about Phil is the professionalism and support he showed his team-mates in Tokyo.

“Additionally, his mature attitude towards retirement and the drive he has shown to embark on a new career path is commendable and on behalf of everyone on the team, I wish him the best of luck.”