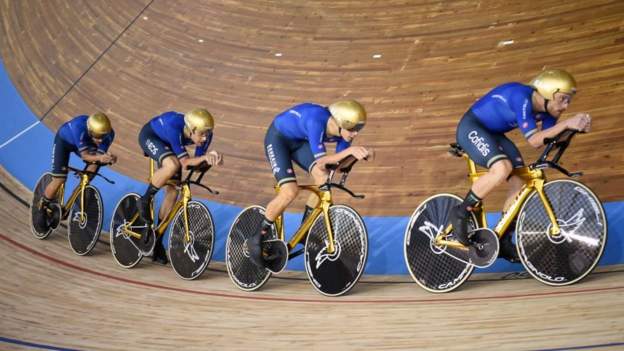 Romanian police have recovered 21 bicycles stolen from the Italian track cycling team at the recent World Championships in Roubaix, France.

The bikes had been stolen from a team van in a locked compound in Lille.

One of the bikes was the gold Pinarello Bolide track bike Filippo Ganna rode to victory in the men’s team pursuit.

The bikes turned up as the Romanian Organised Crime Brigade in Galați, eastern Romania, searched 14 properties as they investigated a criminal group.