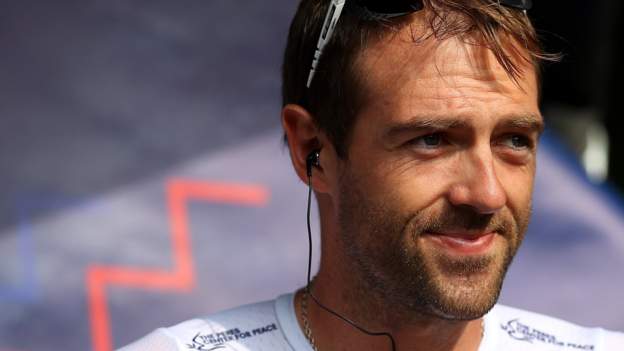 Dowsett, 33, held the record for a month in 2015 before fellow Briton Sir Bradley Wiggins bettered his mark.

On 3 November, the Israel Start-Up Nation rider will try to beat the current record of 55.089km set by Belgian Victor Campenaerts.

Dowsett postponed an effort in Manchester in December 2020 after contracting Covid-19.

Time trial specialist and World Tour pro Dowsett will make his record bid at altitude in the Velodromo Bicentenario in Aguascalientes, which has hosted several men’s and women’s attempts, including Campenaerts’ current mark set in 2019.

“Last year’s attempt was derailed when I contracted Covid-19, but the same reasons for wanting to do it are all still there. I want to see what I’m capable of and it’s an event I just really love and feel privileged to have the opportunity to take on again,” Dowsett said

“In terms of difficulty I know the bar has been set extremely high by Victor. It’s going to be a very big ask but I think I’m capable. The biggest hurdle this time with it being in Mexico will be the altitude.

“Being at altitude the power output required will be lower than at sea level because of the thin air, but it’s not all plain sailing as the thin air also brings a tougher environment for breathing. We think in the end it should be more beneficial than detrimental to be at altitude.”

The former Team Sky and Movistar rider has just finished his second season with Israel Start-Up Nation, helping his team to a time trial win at the Settimana Coppi e Bartali before ending his campaign at the CRO Tour.

What is the hour record?

Quite simply, it is a test of how far you can cycle in one hour and it is considered one of the greatest tests of cycling ability.

It has been held by some of the greatest riders since 1972, including Eddy Merckx and Francesco Moser.

However, cycling’s governing body, the UCI, established two different versions of the record to account for the increasing gap between modern bikes.

In 1997 they created the UCI ‘hour record’ – in which riders must compete on specific machinery with some restrictions – and ‘best human effort’.