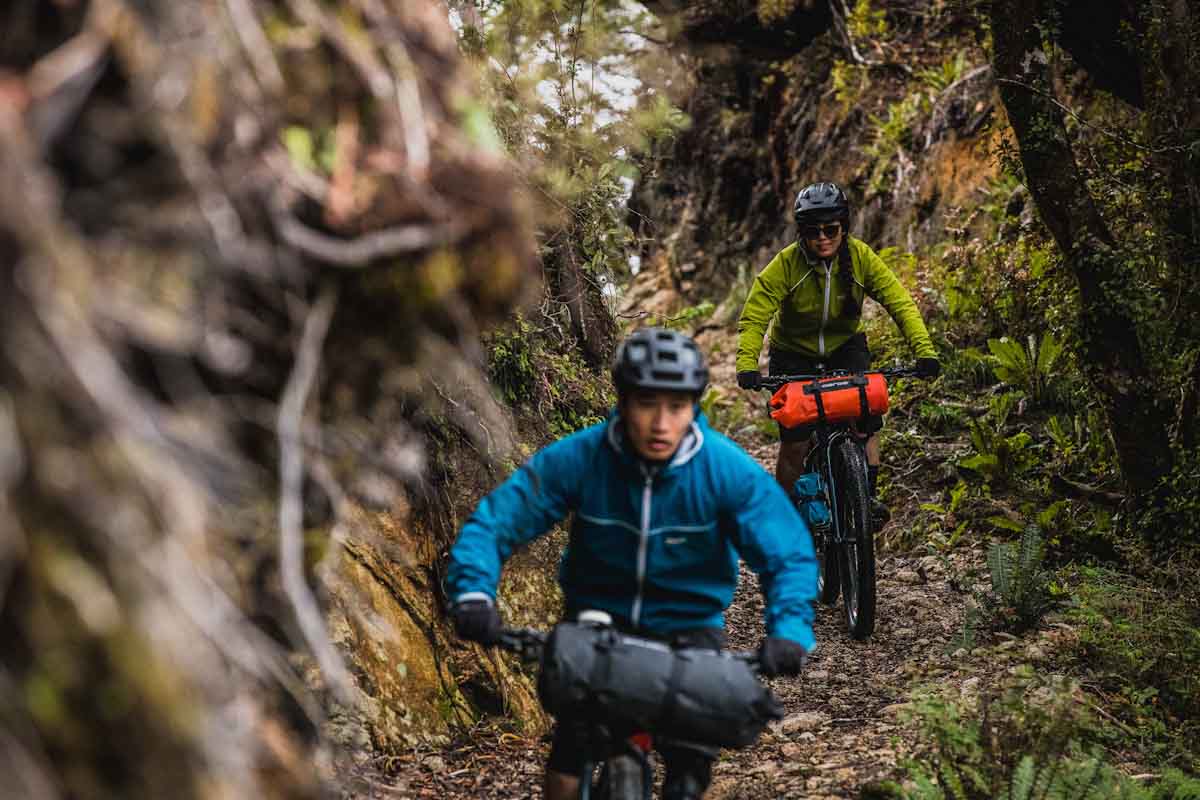 This week’s video roundup is all about Kona Bikes, with five videos featuring the brand’s pro riders and ambassadors that showcase different riding styles and terrain. The roundup kicks off with Kona’s Gravity Rider Caleb Holonko, shredding his Shonky hardtail on Vancouver, B.C.’s skateparks and dirt jumps. Next up, we’ll see how Kona ambassador Tim DaCosta uses his Shonky to turn riding sessions into a family affair.

For this week’s dose of craziness, check out Kona Adventure Team rider Cory Wallace’s idea of what’s possible with his attempt at a ‘Double Everest’ ride that covers nearly 60,000ft of vertical! Ever thought of riding 79 laps of your local trails?

The cranks keep spinning as Moving Mountains follows a pair of New Zealand riders exploring the new Paparoa Track, a 32.5 mile backcountry route that winds through the rugged West Coast of Aotearoa, NZ.  Last up, we return to Vancouver to see how illustrator Rush Dhillon uses his gravel bike to keep his artistic inspiration flowing.

While the Sun is Still Here – Caleb Holonko Rides the Shonky

“Kona Gravity Rider Caleb Holonko has spent his entire life growing up shredding on Vancouver’s North Shore. While the mountain bike mecca is known for its ladder bridges, roots, massive drops, and steep granite rock faces, it’s also home to countless skateparks, and if you know where to look, some lovingly sculpted dirt jumps. The Shonky is the perfect bike for your urban adventures, devouring it all, bowls, parks, jumps—you name it.”

“As we get older, our priorities change, time becomes fleeting, and we learn to take less for granted. Ambassador Tim DaCosta is learning to embrace and appreciate every minute he gets to spend with his family. Bikes have become a critical part of their daily life. With the continued popularity of pumptracks and dirt jumps, they’re becoming more accessible to riders of all ages and are proving to transcend generations and strengthen family bonds.”

Cory Wallace – To The Moon

“Cory Wallace took the idea of Everesting and added his own twist… a world-record attempt at both Everesting and double Everesting. That’s right double Everesting—nearly 60,000 feet of vertical gain in one go. Sound impossible? Crazy? Welcome to Cory’s mind, where the impossible becomes just another interesting idea and insane is all in how you frame a challenge. Battling smoke and summer heat, Cory set out to achieve what most of us would deem impossible.”

“The 56.2km (32.5 mile) Paparoa Track is Aotearoa New Zealand’s latest mixed-use backcountry ride. It joins the already extremely popular Heaphy Track and Old Ghost Road as prime bikepacking trip destinations. Its point-to-point route is what bikepacking dreams are made of: the perfect gradients, insane views, epically-located backcountry huts, and some of the most beautiful bush New Zealand has to offer. The track crosses the Paparoa Range, taking riders through alpine peaks, limestone karst landscapes, and thriving rainforests. While it can be ridden in a day, the route is dotted with three backcountry Department of Conservation (DOC) huts to encourage people to take in an overnight or multi-day experience.”

“Rush Dhillon is a renaissance man. Illustrator, scientist, gravel grinding machine – there’s not much he can’t do well. Rush uses his Libre CR DL to help inspire his drawings which in turn help educate people about the intricacies of the human body. This is Rush’s My Kona.”