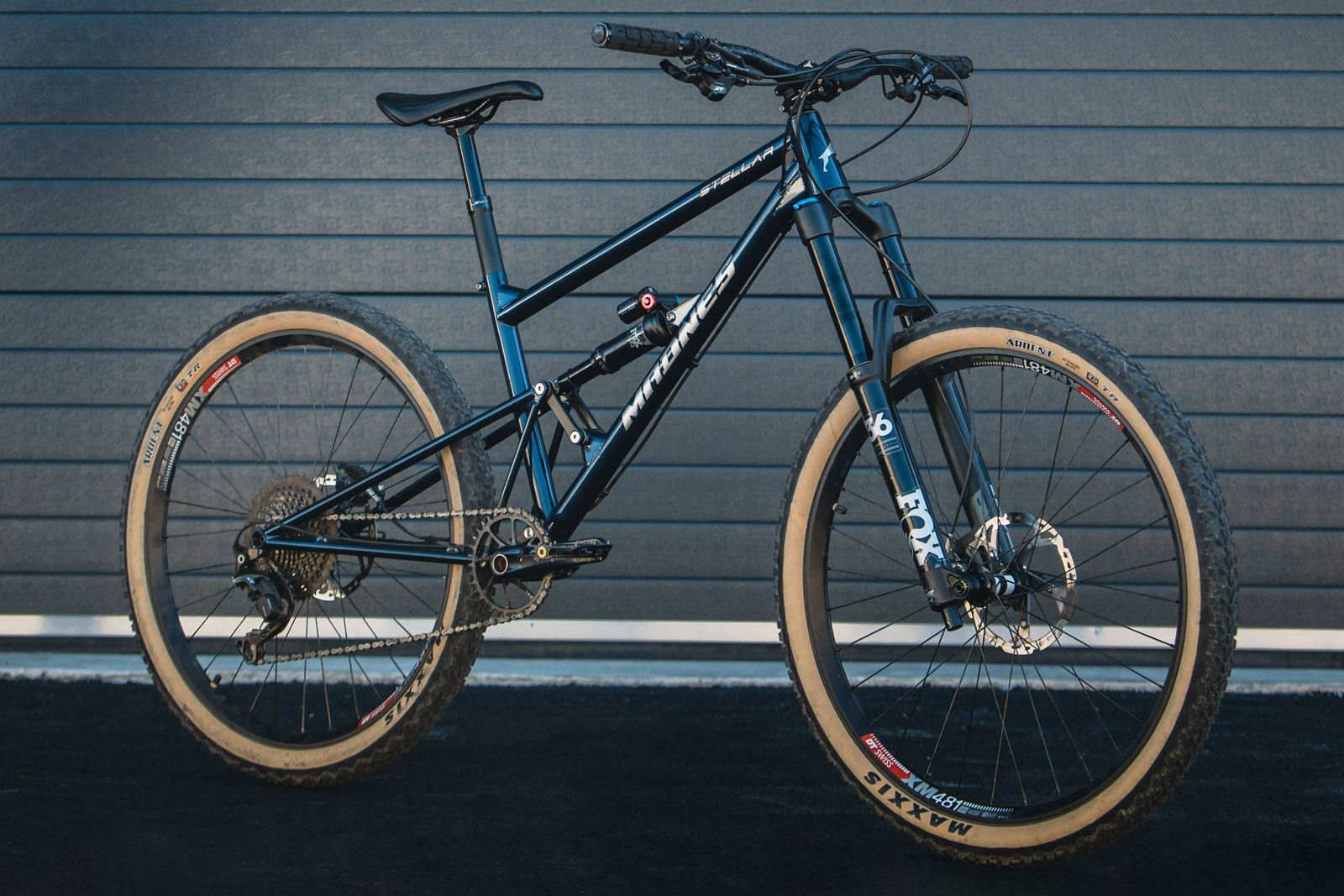 Madnes Bicycles is a new steel mountain bike manufacturer emerging from the Herault region in the South of France. The brand debuted earlier this year with the 160mm-170mm travel Stellar 27.5 running a virtual pivot point suspension platform, due to be adapted to the Atlas 29er coming in April 2022. Here’s a quick introduction to Madnes Bicycles and their beautiful steel enduro frames designed, fabricated and finished in France.

Sylvain Fusillier is the man behind the new French mountain bike brand, Madnes Bicycles, designing the frames, their kinematic and geometry, carrying out strength analyses, creating technical drawings, and machining the parts. Everything is done in-house at the Madnes workshop just outside Montpellier in the South of France. They are even painted in-house, with the frames finished by business partner Jordan Colin who designs the graphics and paints the frames with solvent-free epoxy powder paint. 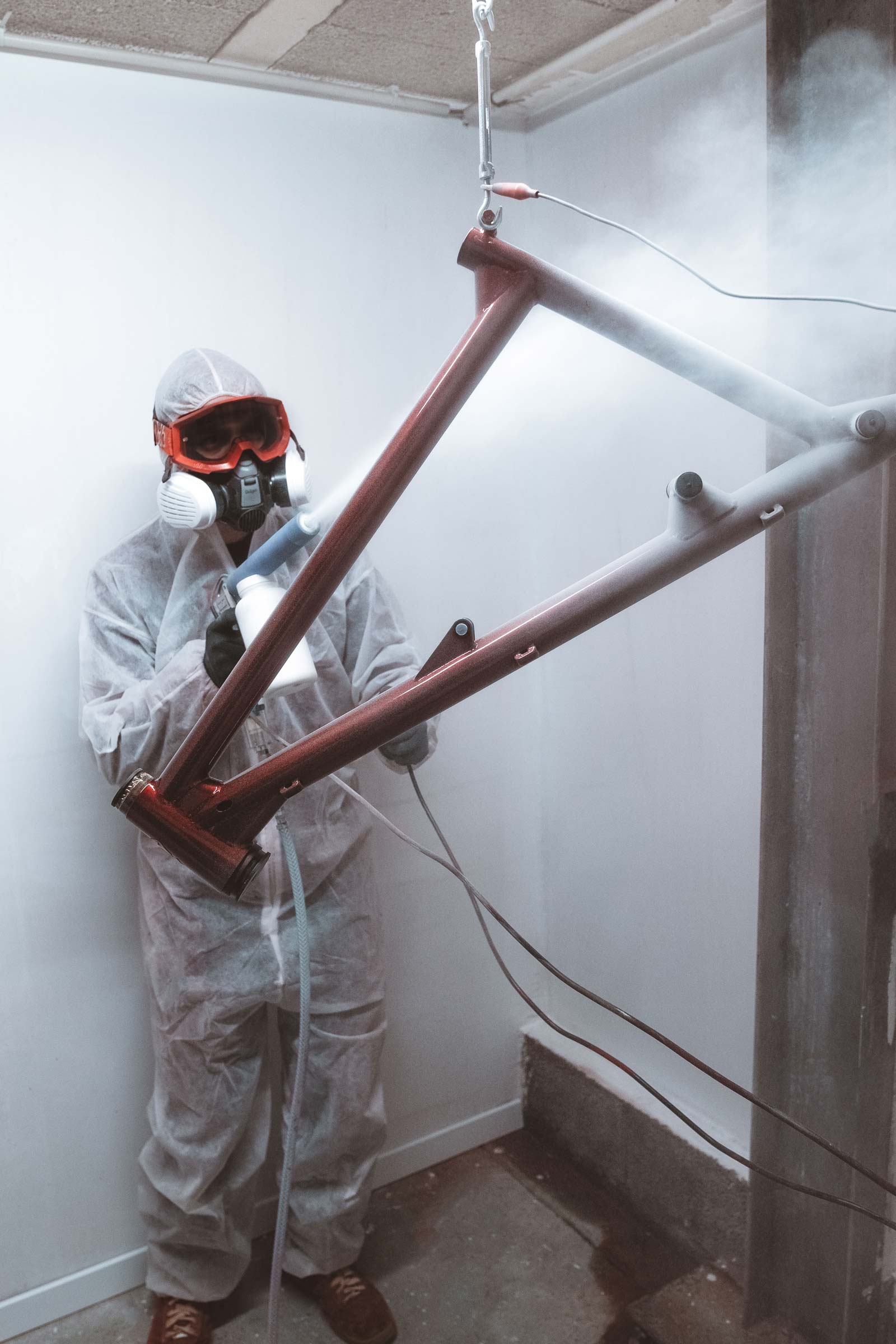 Madnes’ debuted with the steel frame Stellar 27.5″ enduro bike earlier this year, shortly to be followed by the Atlas 29er enduro bike which will also be fabricated from steel. In addition to the handling qualities of a steel frame and its durability, Madnes quote the eco-friendliness of the material as another reason for working with it, stating that the environmental impact of steel is much lower than that of aluminum and carbon. 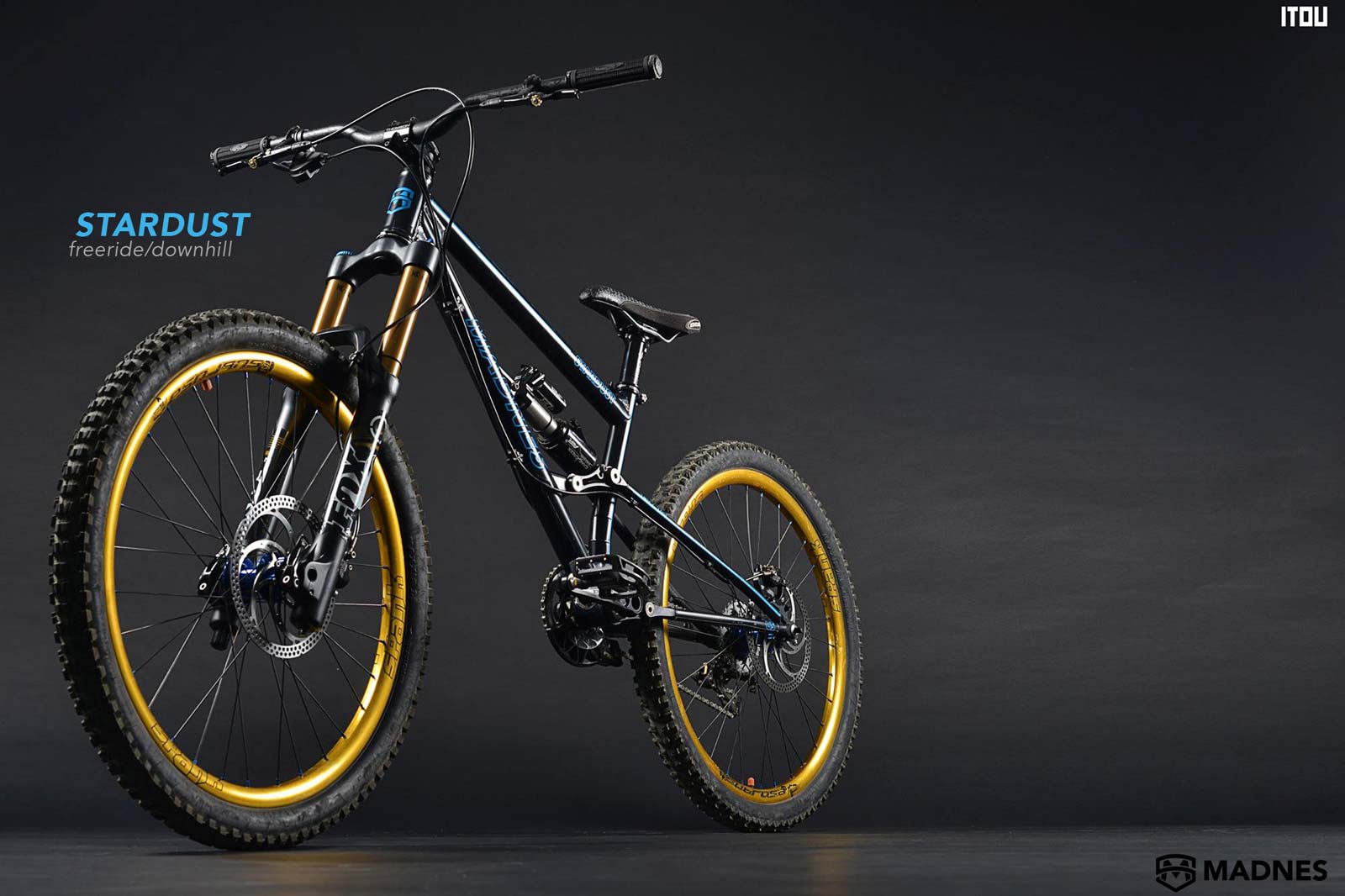 You may have heard of Madnes around six years ago when they released shots of their Stardust 26″ freeride bike. This one never made it to market, but it was their proof of concept bike that gave them the confidence to take the brand onwards to the fabrication of production-worthy enduro frames. 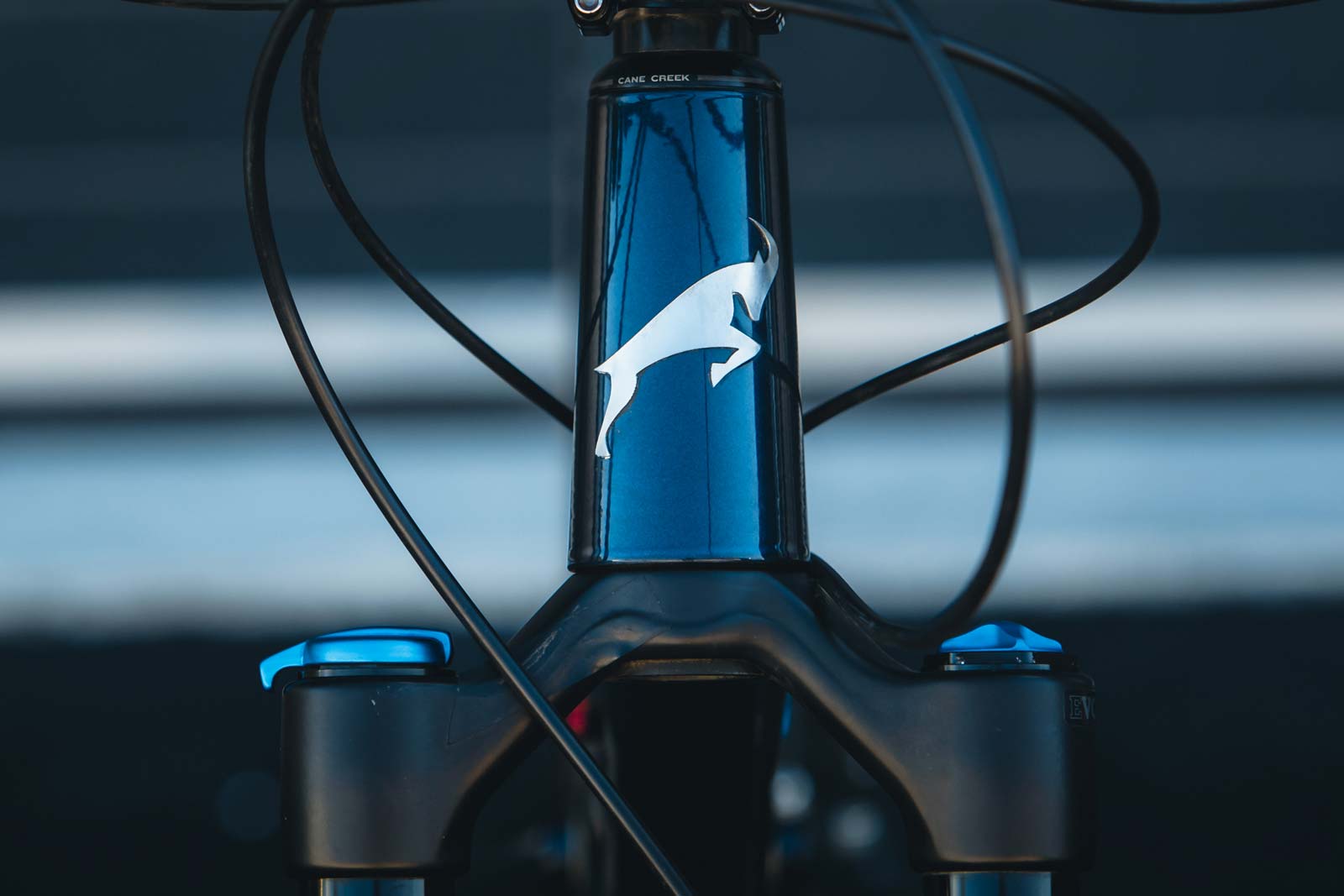 Madnes Bicycles chose the Chamois as their logo “because it is agile on all types of rugged terrain, whether in positive or negative elevation”.

The Madnes downtube and rear swing arms are fabricated from single-butted Chromoly steel, while the top tube and seat tube are double-butted Reynolds 725. The tapered headtube is a fully homemade machined Chromoly part, as are the dropouts. 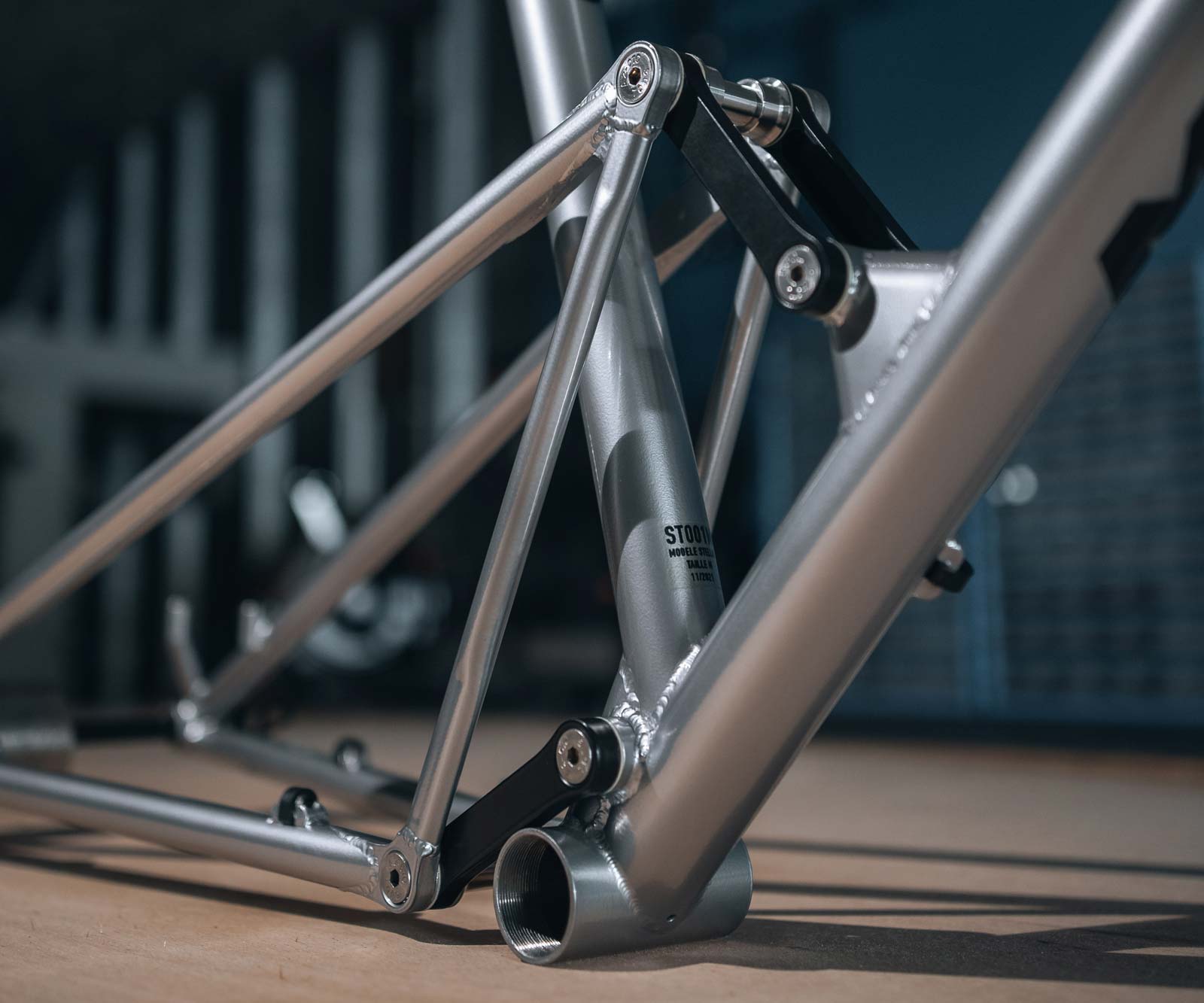 The VPP linkage (made of S500 Steel) employed on the Madnes Stellar 27.5″ and Atlas 29er enduro bikes runs on polymer bushings instead of sealed cartridge bearings. Madnes quote “no maintenance, resistance, durability, price for the consumer, and the sleek frame design” as their reasoning for this.

Madnes aren’t selling complete bikes yet, just a frame and shock. Let’s take a look at the currently available Stellar 27.5″ and the Atlas 29er that’s to come… 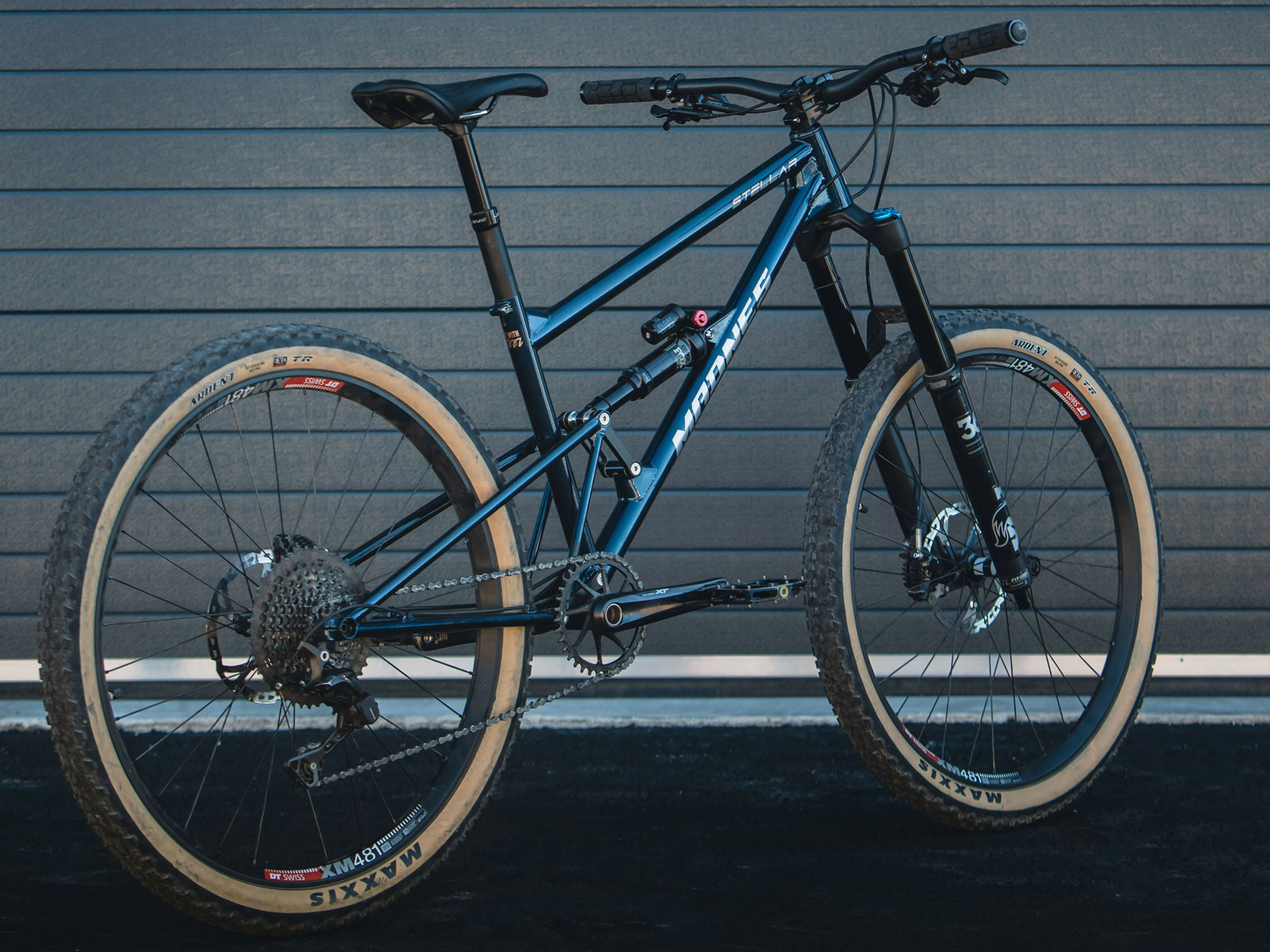 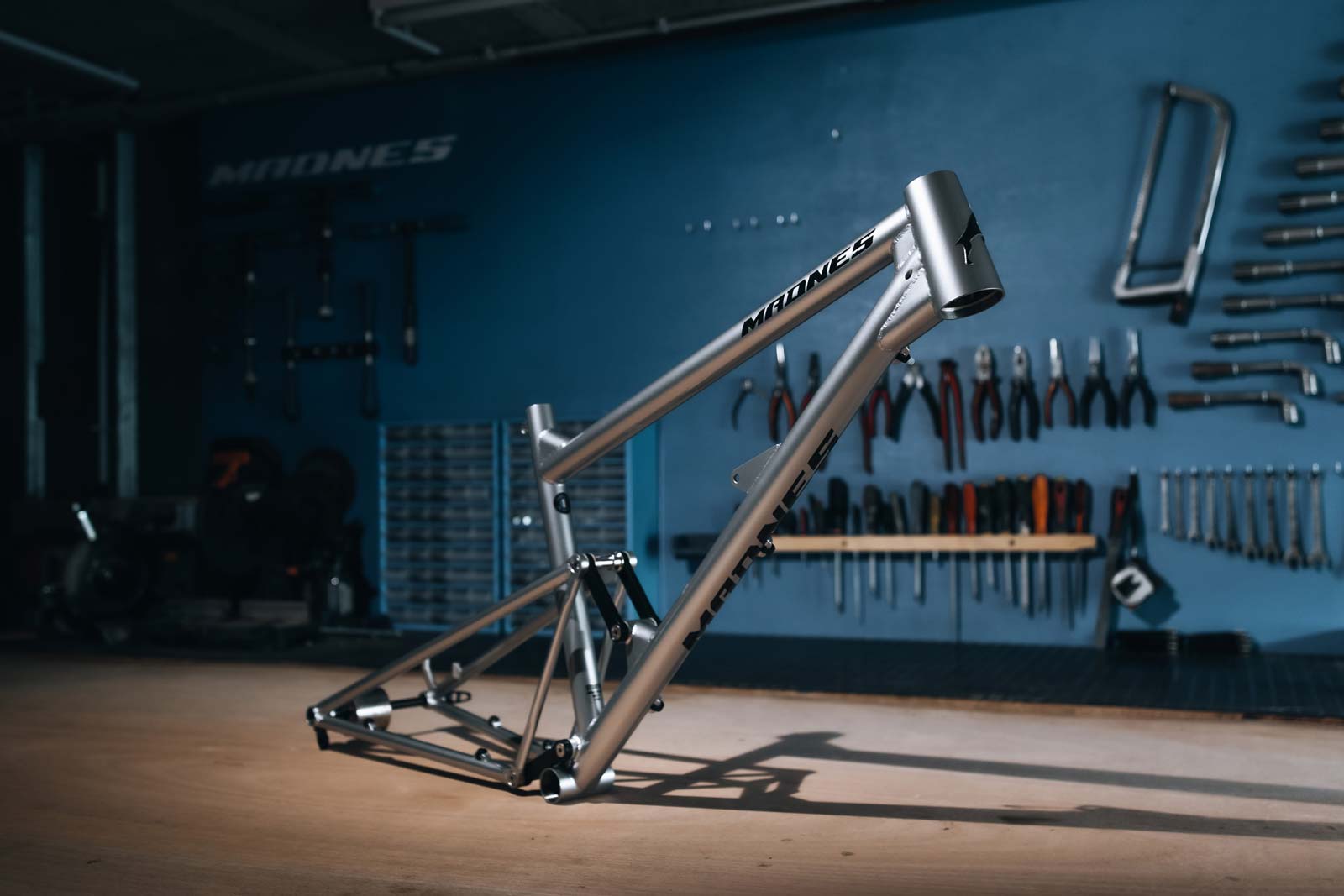 The Stellar’s geometry puts it firmly in the enduro category with a 65° head angle and a 75° seat tube angle. There are two frame sizes only, with reach coming up at 440mm in medium and 468mm in large. The bottom bracket sits at 344mm with 430mm chainstays permitting clearance for a 2.5″ wide tire at most. 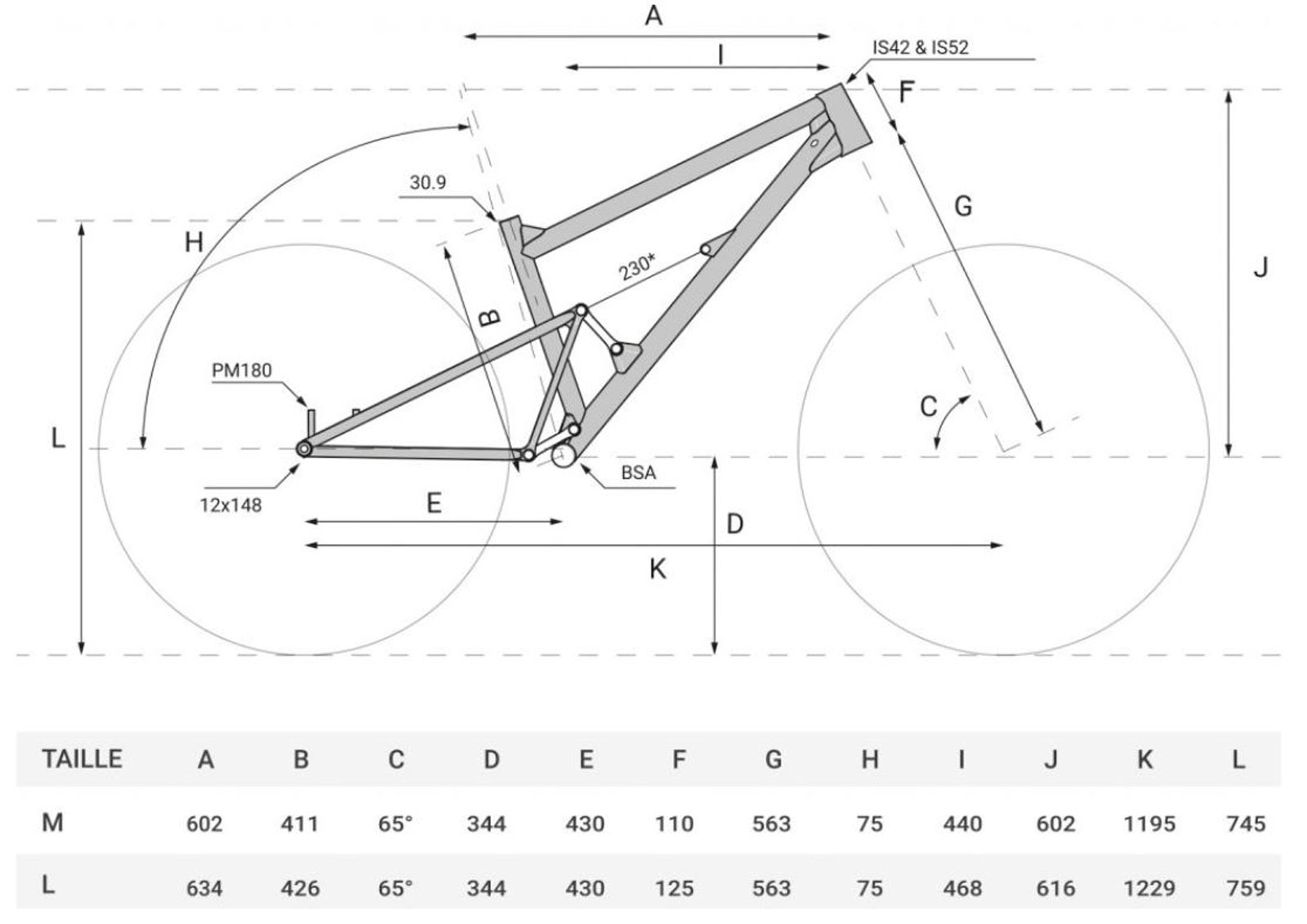 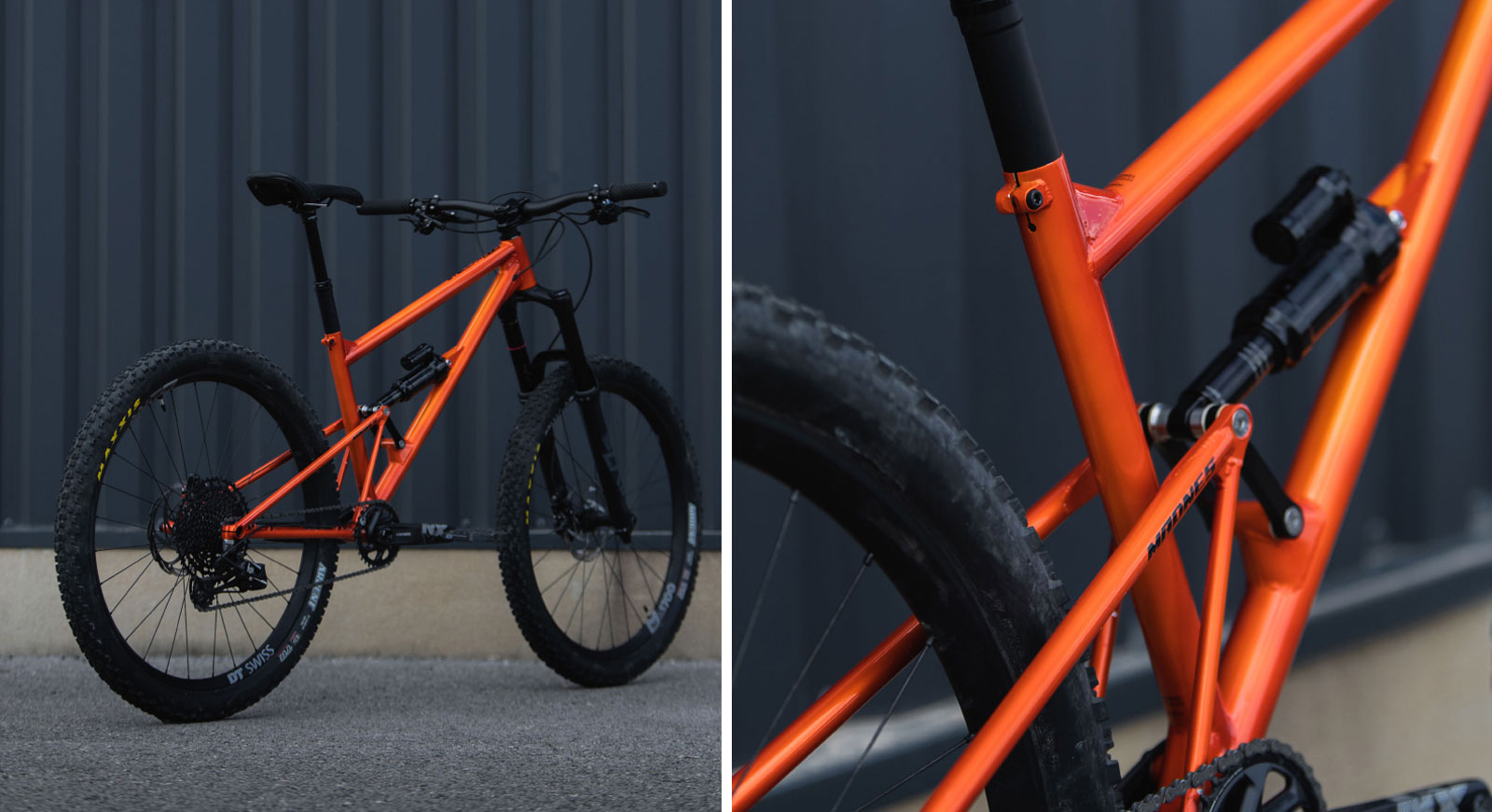 The Madnes Stellar is available now, retailing at €1,900. That cash gets you the frame only, though you can pay an extra €550 to have the frame shipped with an Ohlins TTX Air Shock.

The Madnes Atlas 29er is still under prototyping, with no frame to show us pictures of just yet. However, we can confirm that it will run the same VPP linkage seen on the Stellar 27.5″. It is designed around 150-160mm rear wheel travel to be paired with a 150-160mm travel fork. 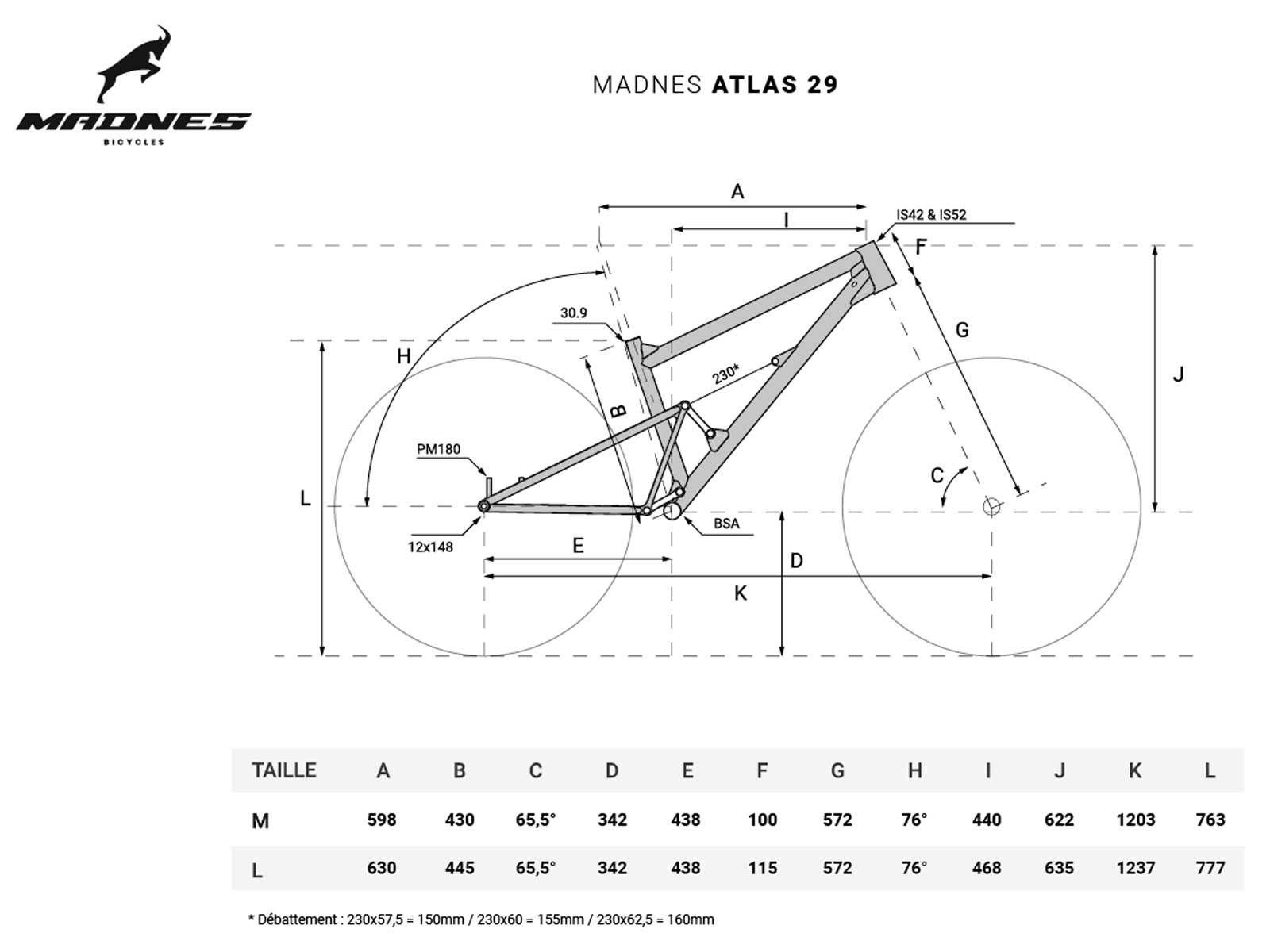 Madnes have shared a preview of the Atlas geometry, which comes up a little more conservative than that of the Stellar. The HA is a little steeper at 65.5°, while the SA is a little more upright at 76°. Reach measurements are identical, at 440mm on the medium frame and 468mm on the large. Chainstays measure up at 438mm.

The Madnes Atlas 29er prototype is due to be finished in January, with production frames due on the market in March/April 2022.