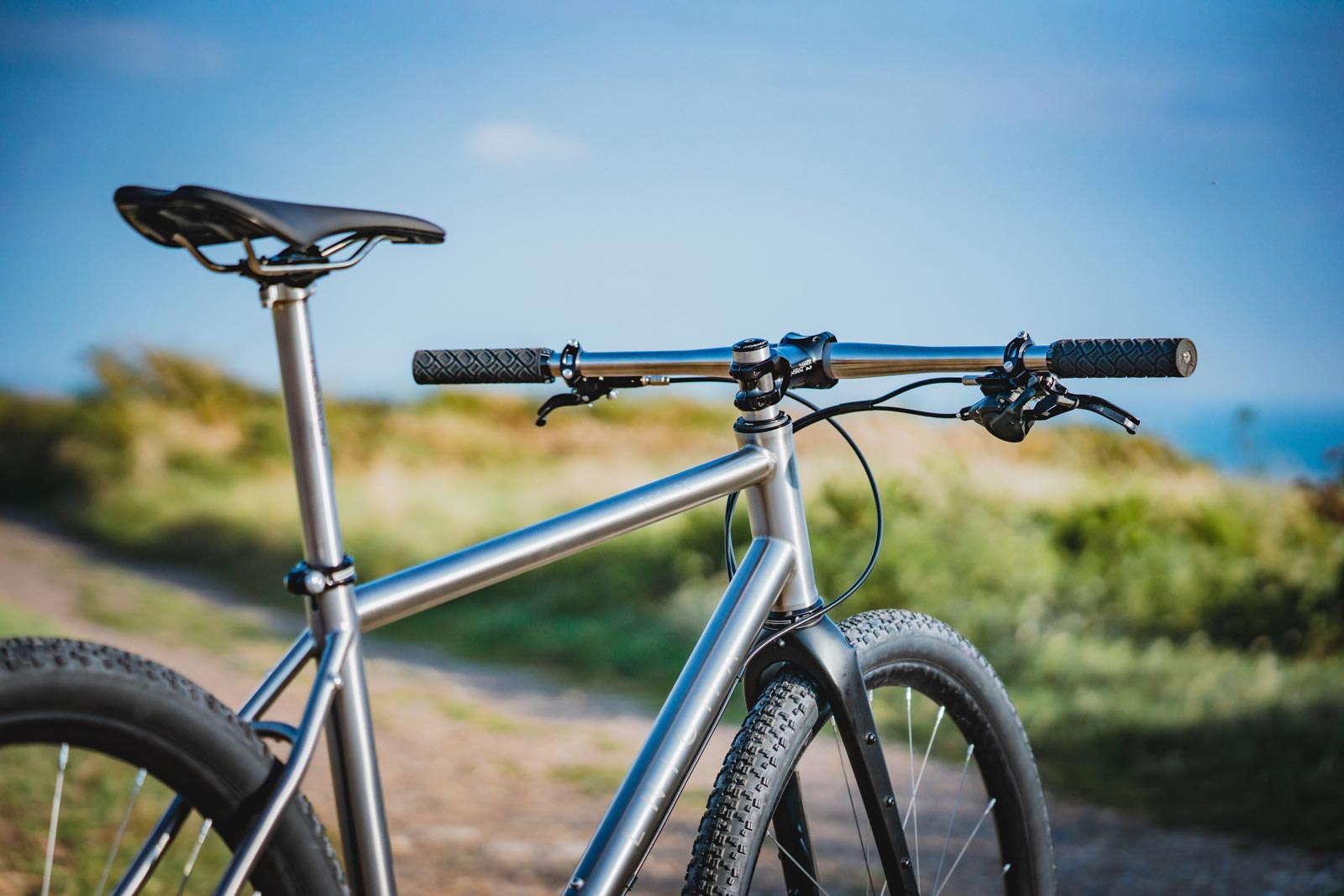 Titanium and steel bike manufacturers, Enigma Bikes, recently unveiled two new off-road framesets at the Bespoked UK Handmade Bicycle Show; the Escape Flat Bar Gravel Bike, and the Eolus Hardtail. The former is a titanium piece with a custom-butted tubeset, designed for 700c wheels running tires up to 50mm wide. The latter adds a mountain bike frameset back into the Enigma line-up for the first time since the discontinuation of the Titanium Ego 29er. That’s where their similarities end, with the Eolus boasting a thoroughly modern slacked- and stretched-out geometry befitting of its singletrack shredding intentions. 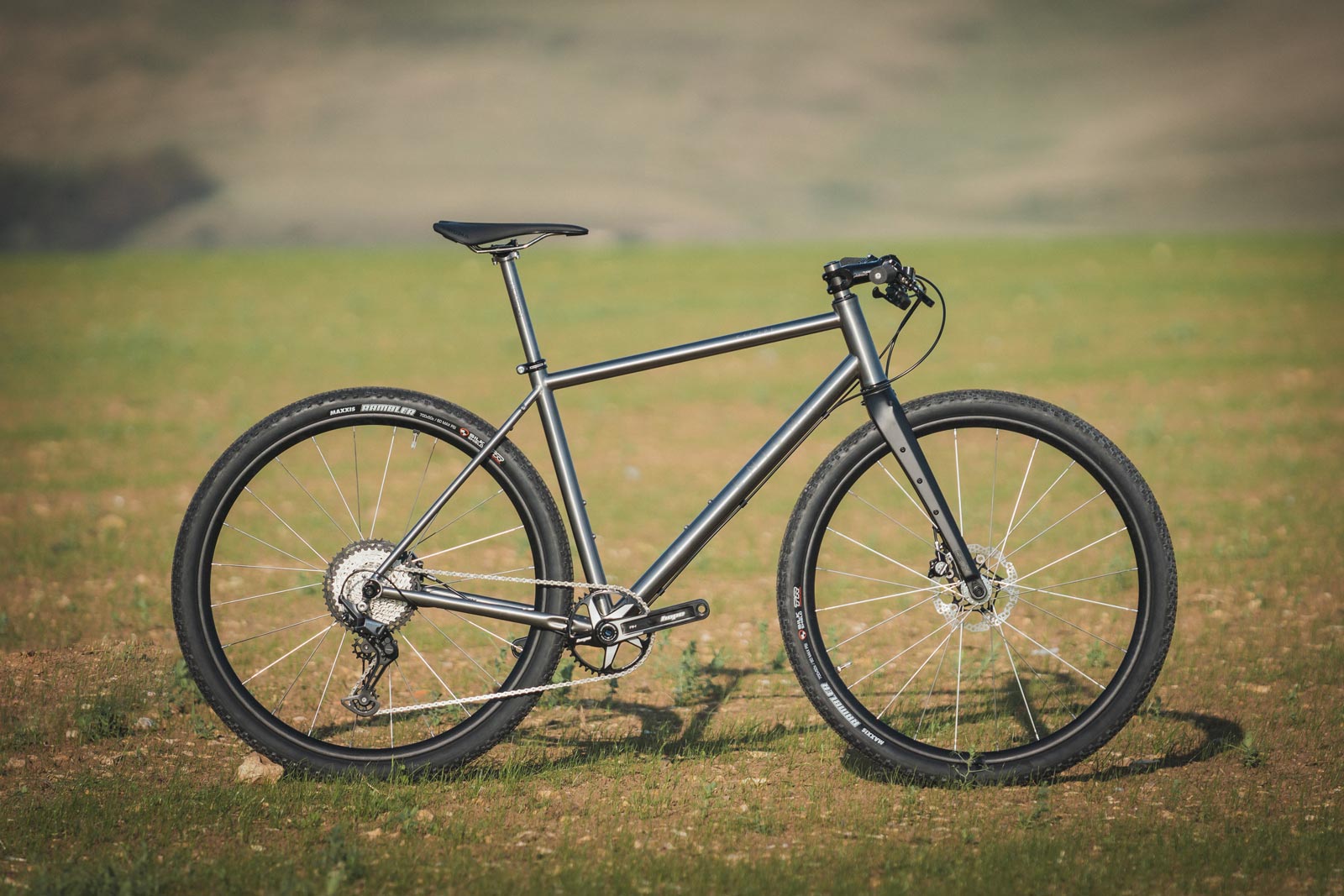 As part of their Signature program, Enigma has offered custom flat bar frames for the last ten years; they’ve now decided it’s high time they offered a stock solution for riders who aren’t so keen to ride on the drops.

Enigma hasn’t simply slapped a flat bar on their regular drop-bar Escape; the Escape FB is an entirely new frameset featuring a longer toptube, 30-40mm longer than what you’ll find on a regular gravel bike. Whereas top tube lengths on the drop-bar Escape span 500mm to 600mm, the Escape FB boasts a range of 545mm to 625mm over the S-XL frame sizes. 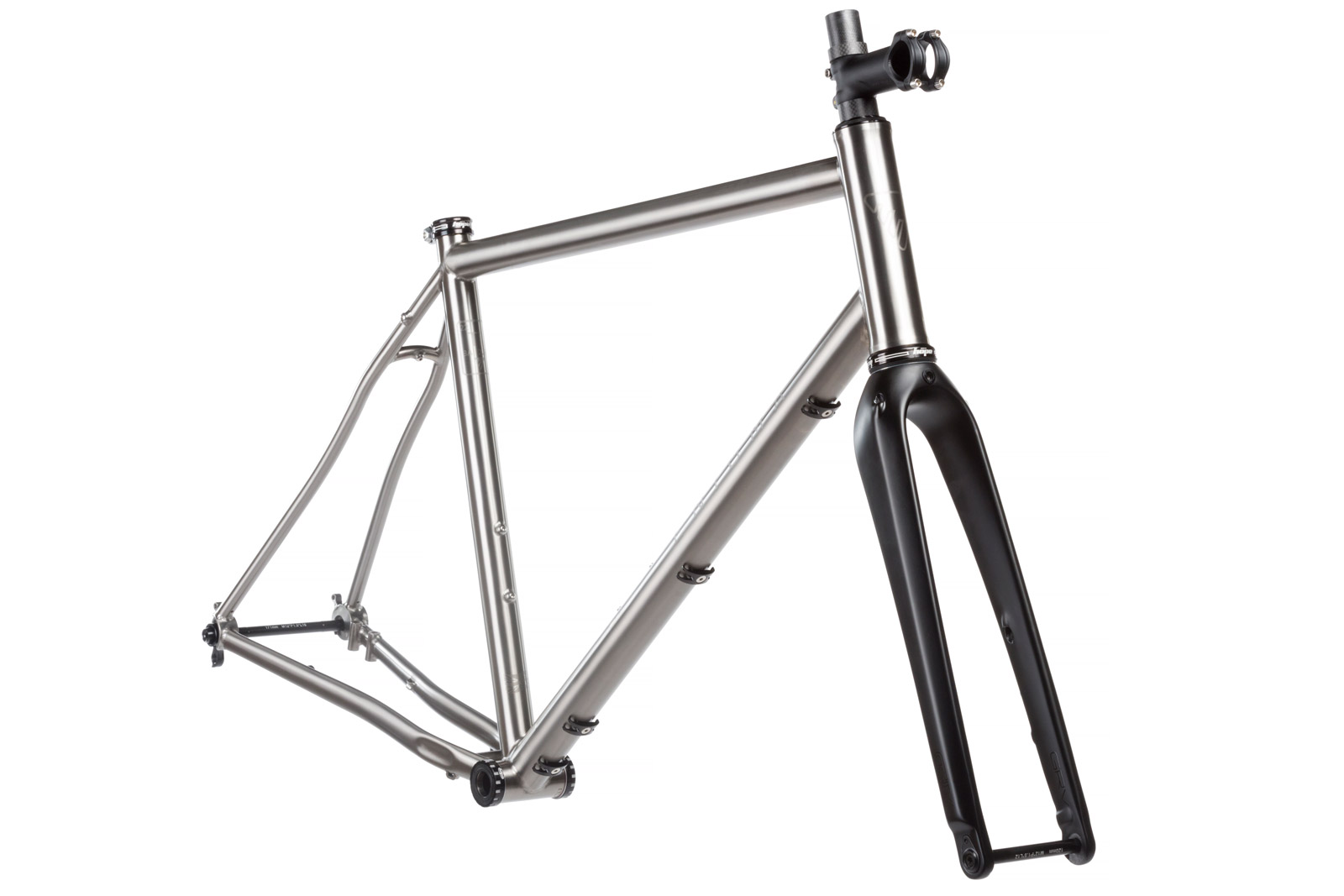 The only other notable geometry difference is seen at the chainstays. Whereas the drop-bar Escape sees size-specific chainstays ranging from 425mm to 435mm, all sizes of the Escape FB get the longer 435mm rear end. That, in combination with the 142mm spacing and curvature in the stays permits sufficient clearance for 50mm wide tires on 700c wheels (or 29″ x 2.0″). 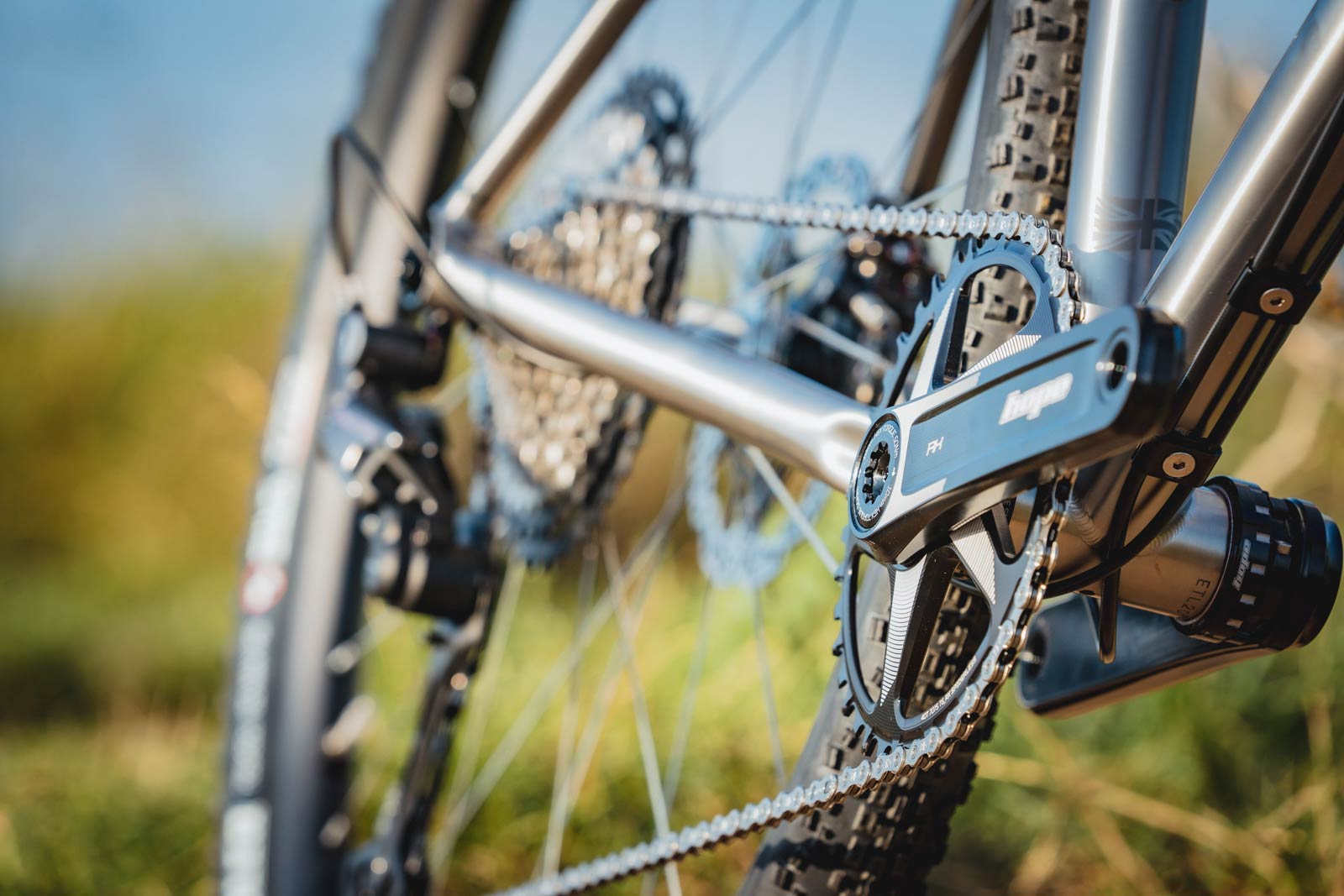 Despite that generous tire clearance, the Enigma Escape FB is still able to run a large chainring (at least 40T as shown here) – note the curvature of the chainstays on their outboard face. The Escape FB can be spec’d with either their CSIX ADV Carbon Adventure fork with the added cage mounts (as pictured) or with their GRV carbon Gravel fork; both get eyelets for the fixing of a proper fender. 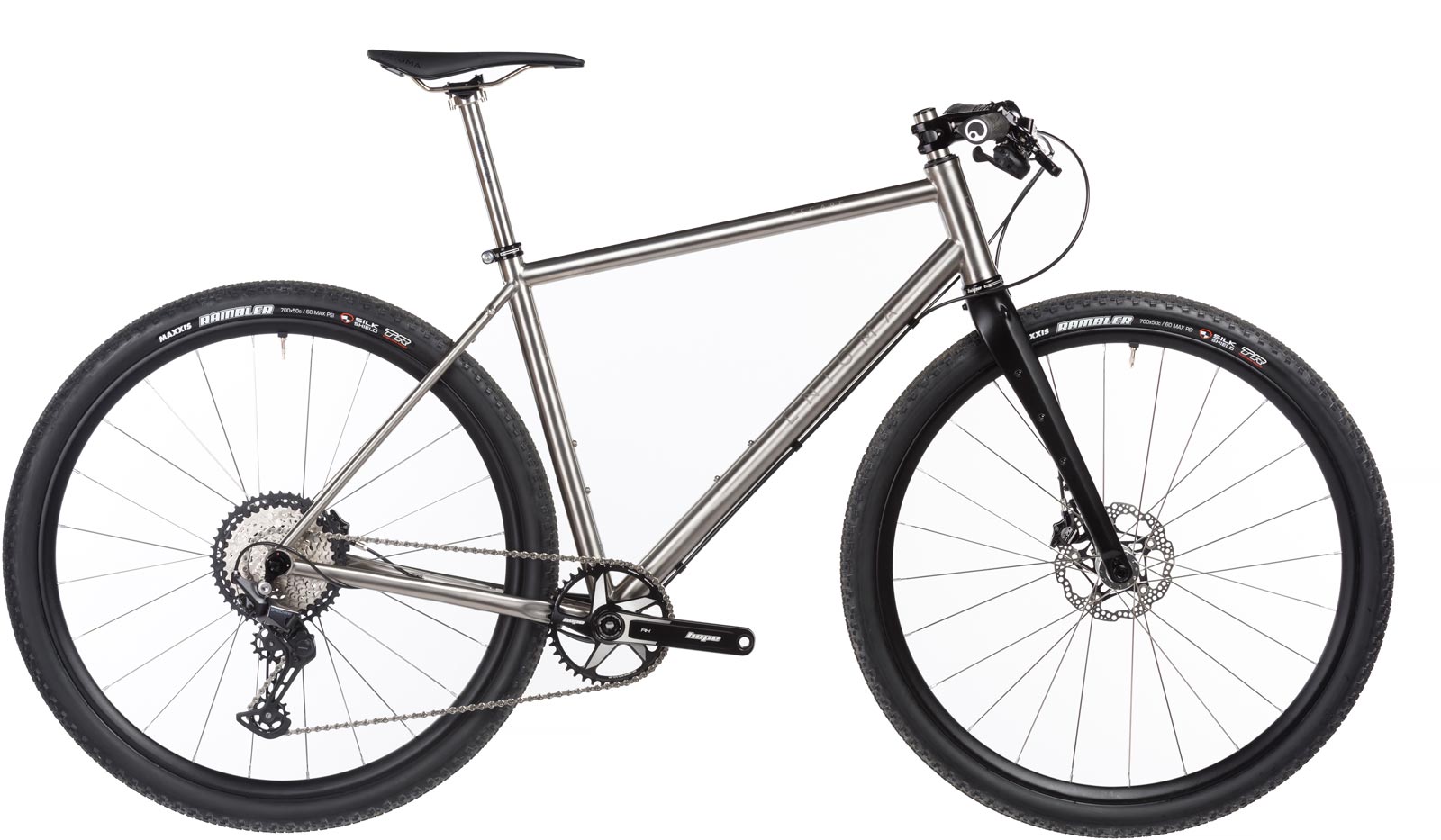 Enigma claim that, with the use of gravel and road components, the Escape FB complete bike can weigh as little as 8kg. We’re waiting to hear back from Enigma as to the claimed weight of the frameset itself. 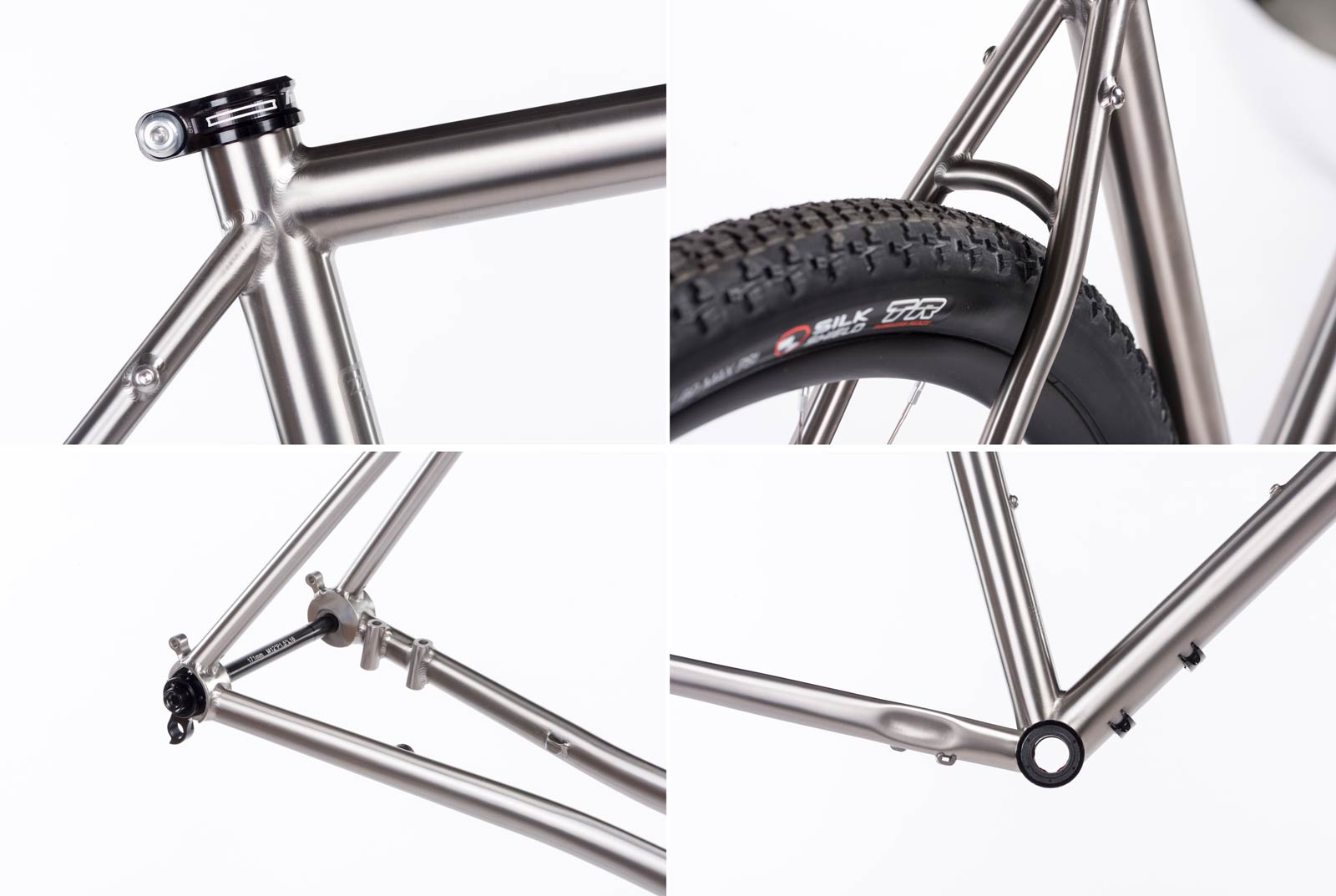 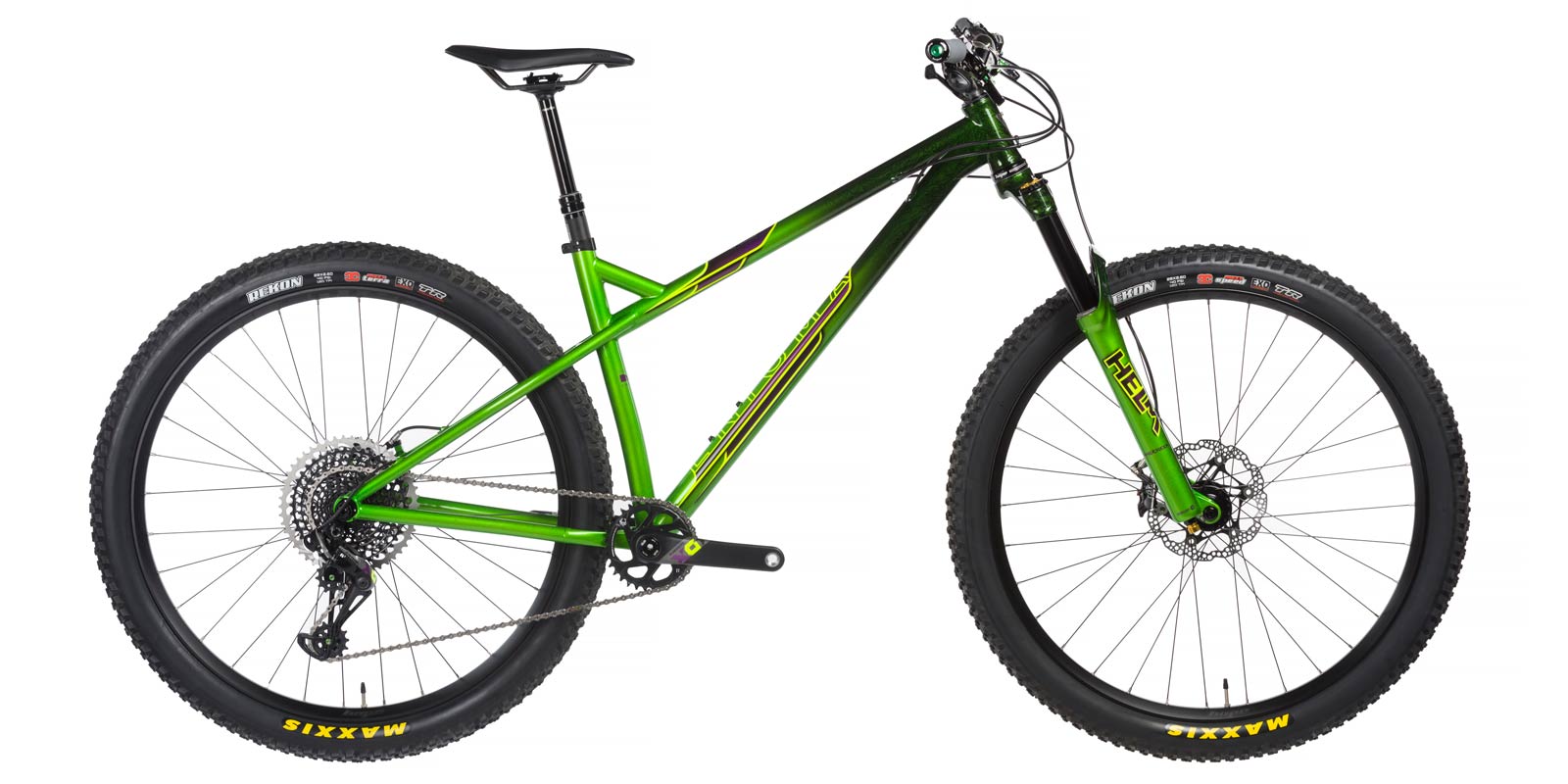 Enigma say the Titanium Eolus 29er is designed around the sort of riding they do locally; singletrack trails in the woods, XC and bikepacking rides across the South Downs, and the occasional trip to more extreme terrain such as Wales or the Lake District

The all-new Eolus is a 29″ Titanium Hardtail MTB designed to run a 140mm travel fork. Now the only mountain bike in the Enigma line-up, the Eolus is much longer, lower and slacker than the Ego MTB that disappeared around 5 years ago. This custom butted 3Al 2.5V titanium tubeset boasts a 65° head tube angle, paired with a ~76° effective seat tube angle. Reach stretches from 440mm in medium up to 499mm in XL. 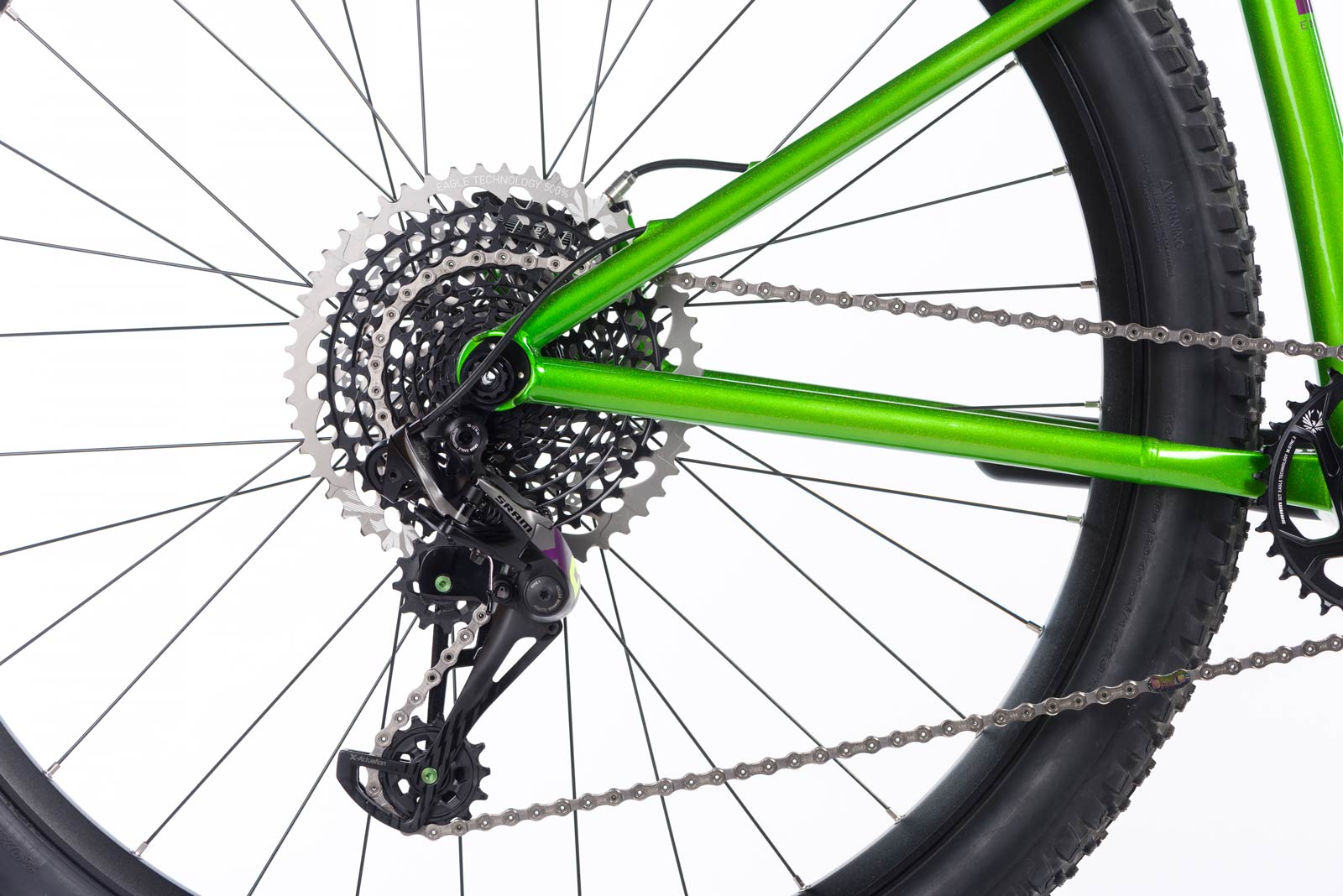 Chainstays are 435mm, consistent across the size range; in conjunction with the Boost rear-end and 55mm BB drop, this permits clearance for at least a (claimed) 2.6″ tire, though Enigma say it can take wider tires in some tire/rim combination scenarios. 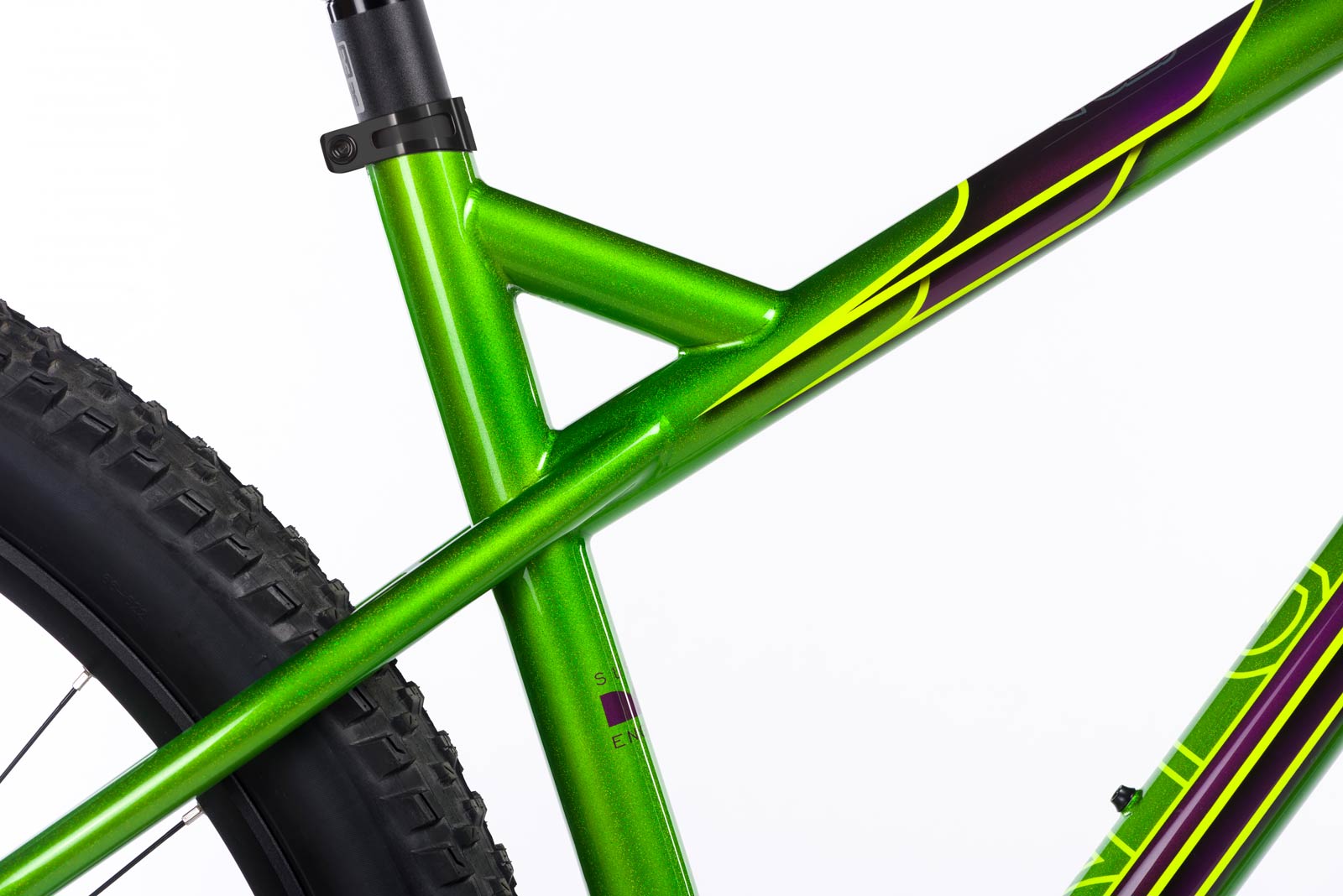 Enigma say they opted for a braced toptube/seat tube design to maximize standover, while it also allows them to run cables internally, right the way from front to rear for a clean looking finish. 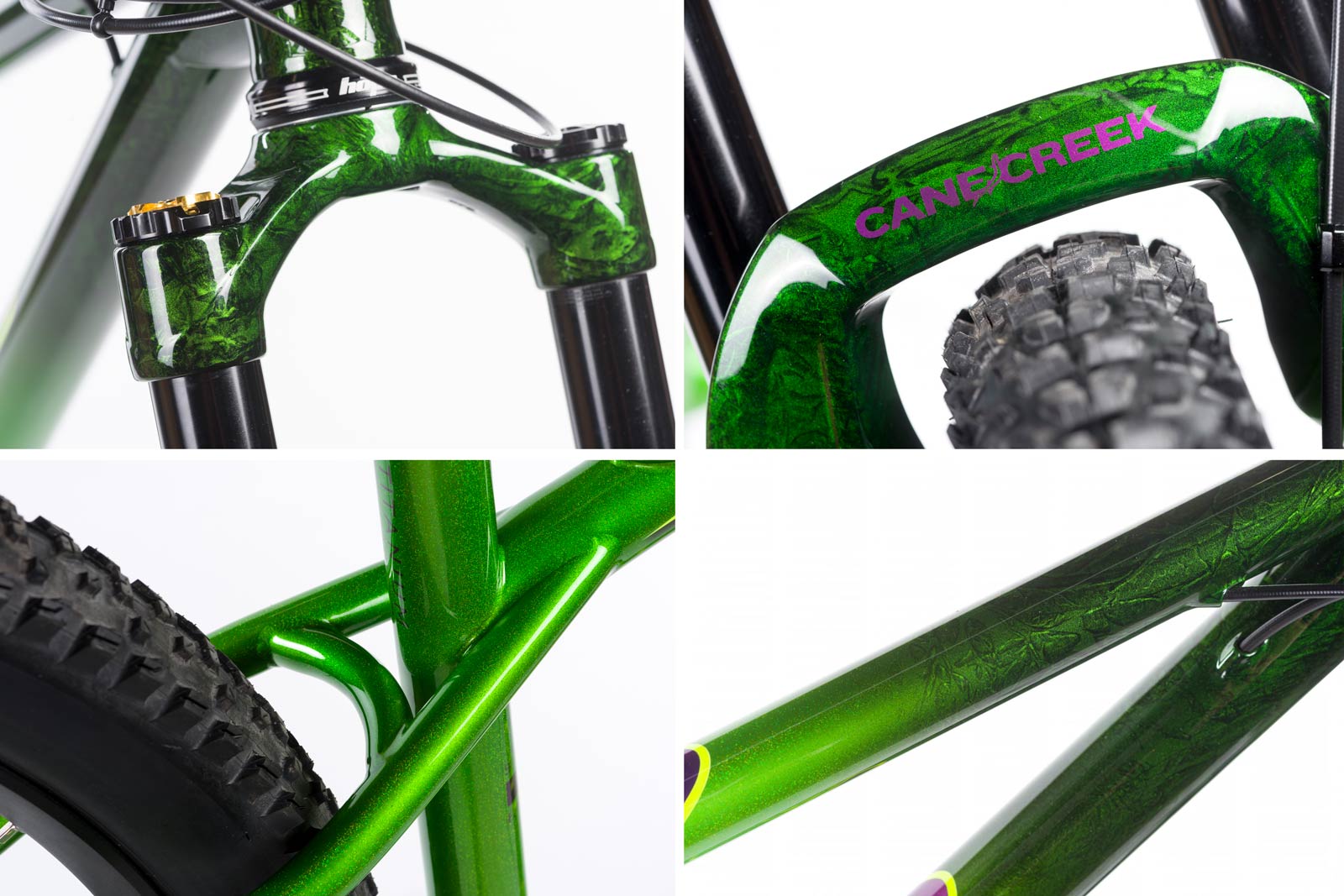 Watch this space, folks. More info on the Enigma Escape FB and Eolus MTB, including pricing and availability, to come.