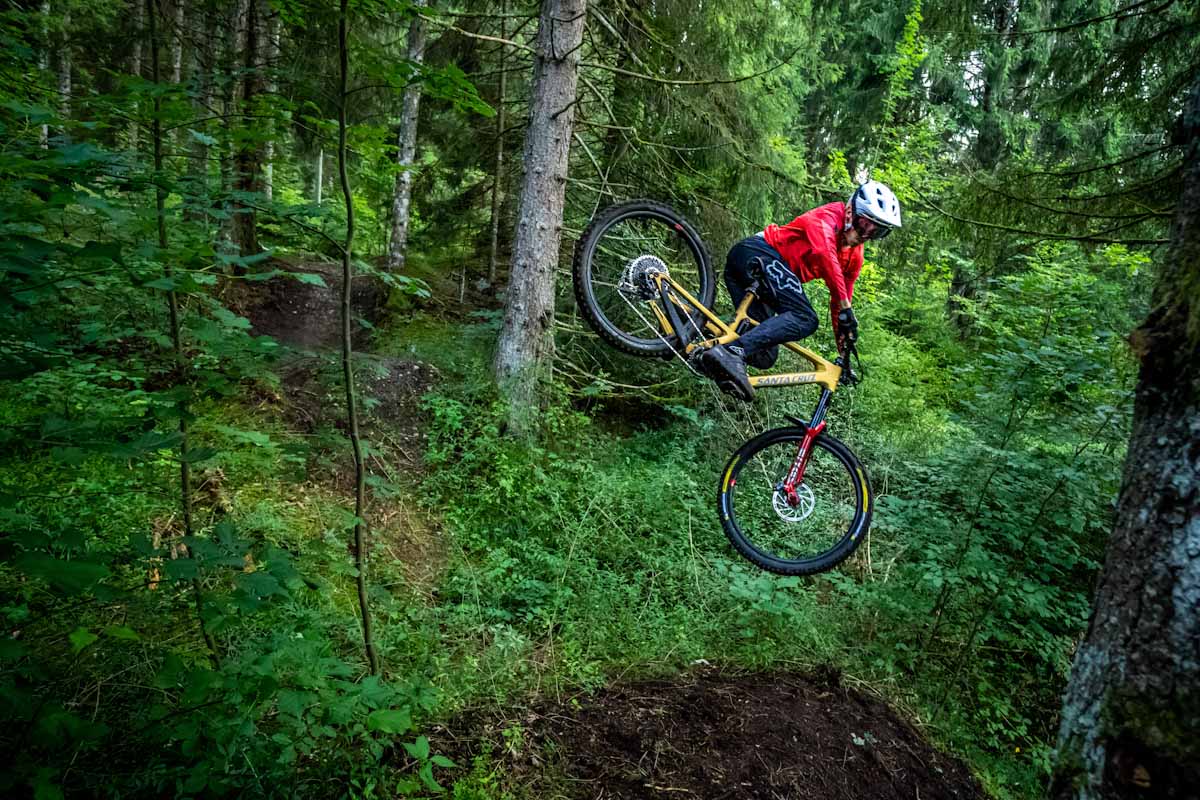 In this week’s video roundup, we’ve got gravel bike shenanigans, BMX tricks on MTBs and plenty of stylish trail shredding! Knolly Bikes serves up two creative edits that remind us any bike can do almost anything, while Santa Cruz, Canyon, and Commencal’s riders show us some fast, precise trail riding.

Picking Your Own Path – Dylan Crane

“I’ve never owned a bike that was designed for road, even a gravel road. So, when Knolly asked me to put something together with their Cache, I was a bit lost as to what I should make. I’m not a gravel rider… or so I thought. I came to the conclusion that it’s still got two wheels and there’s no reason I couldn’t take it to the same places I enjoyed riding my mountain bike. I wanted to see just how far I could take the Cache before I was too far over my head. Turns out, I have yet to find that point. As you’ll see in the video, it’s capable of quite a lot and I’ll have to try a bit harder in the next one to reach its full capabilities. Yes, it may not be the most ideal bike for some of the things I have decided to ride with it but man does it make it interesting. Who wouldn’t want that? You can go ride this bike anywhere and it will always be fun. Now, the question is, where should I take it next”

“Jeremy Menduni loves being able to bring some of his tech tricks to his trail bike! This is a brief summary of some of the best sessions he’s had from the season. Filmed at a few different spots around Ottawa and the Wolf bike park in l’Estrie Quebec. He had a lot of fun making the edit and pushing his creative side. Big thanks to everyone who held the camera to help him put this film project together!”

“Who is Romain Paulhan? Romain’s a master, particularly at riding unknown trails at a ridiculous pace. This video sheds light on his outlook on life, reveals an unwavering passion and talent that is as impressive as it is enigmatic on a bike…”

“If Thomas Estaque dreamed of a track, what would it look like? A few weeks ago, dig crews worked the land in Utah to build the best possible line for their Rampage riders. In Ariège, France, PEF along with Thomas Estaque and his crew have been shaping their own playground. Here’s their take on the perfect track, the COMMENCAL Segment!”

“Since filming, Thomas and the shape team have redeveloped the trail to make it accessible to the entire community. For those who wish to ride it, it starts at the following GPS coordinates: 42.915732, 1.114997.”