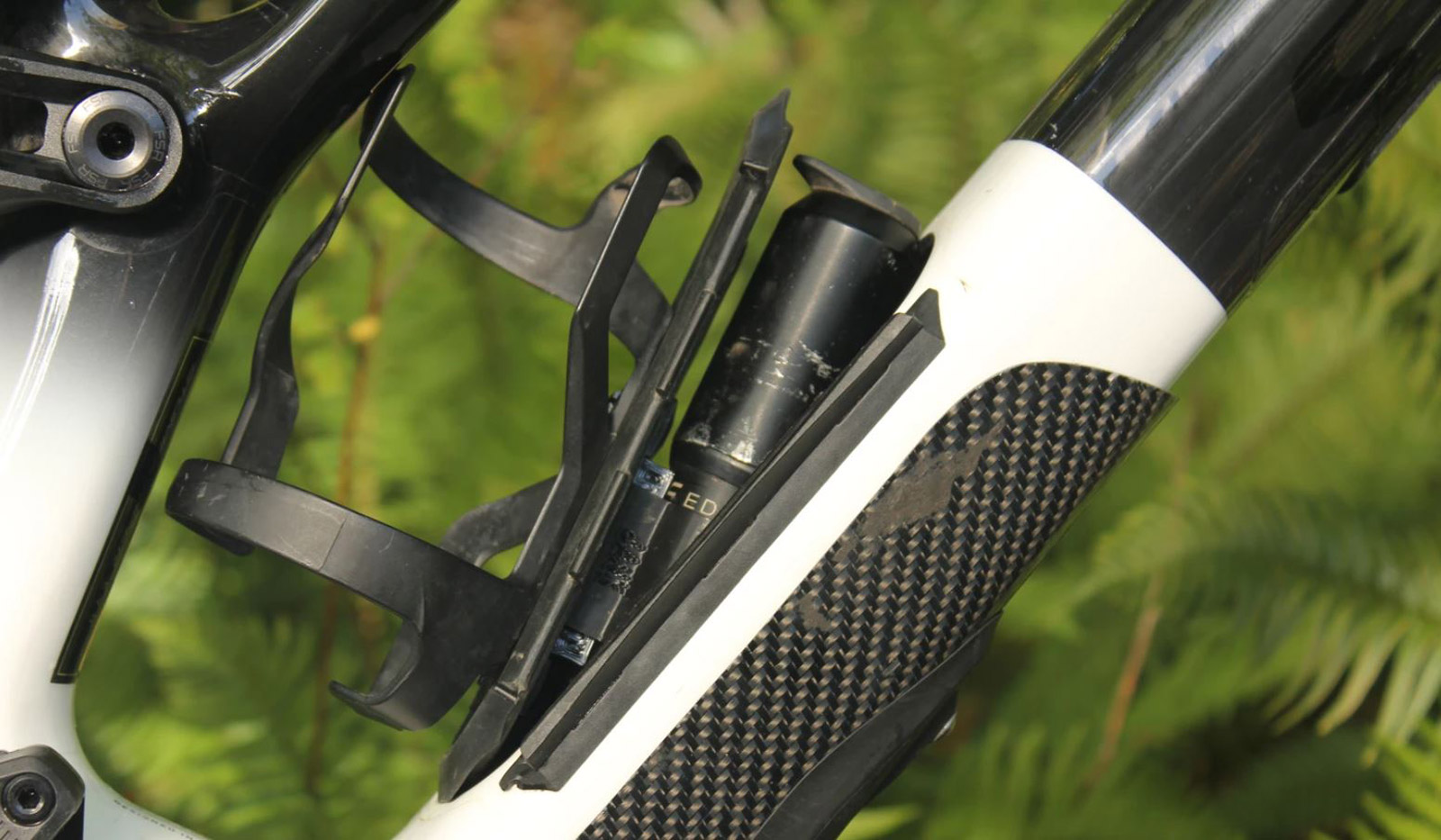 Jank Components are a small outfit in Bellingham, Washington, quietly manufacturing some super useful on-bike storage solutions. Everything they make, from the Beer Cage, to the SWAT Box Pump Holder, to the Steel Idler Pulley for Forbidden Bikes, is made in-house by founders, Eric, Dario and Forrest. Here’s an assortment of niche Jank Components you didn’t know you needed. 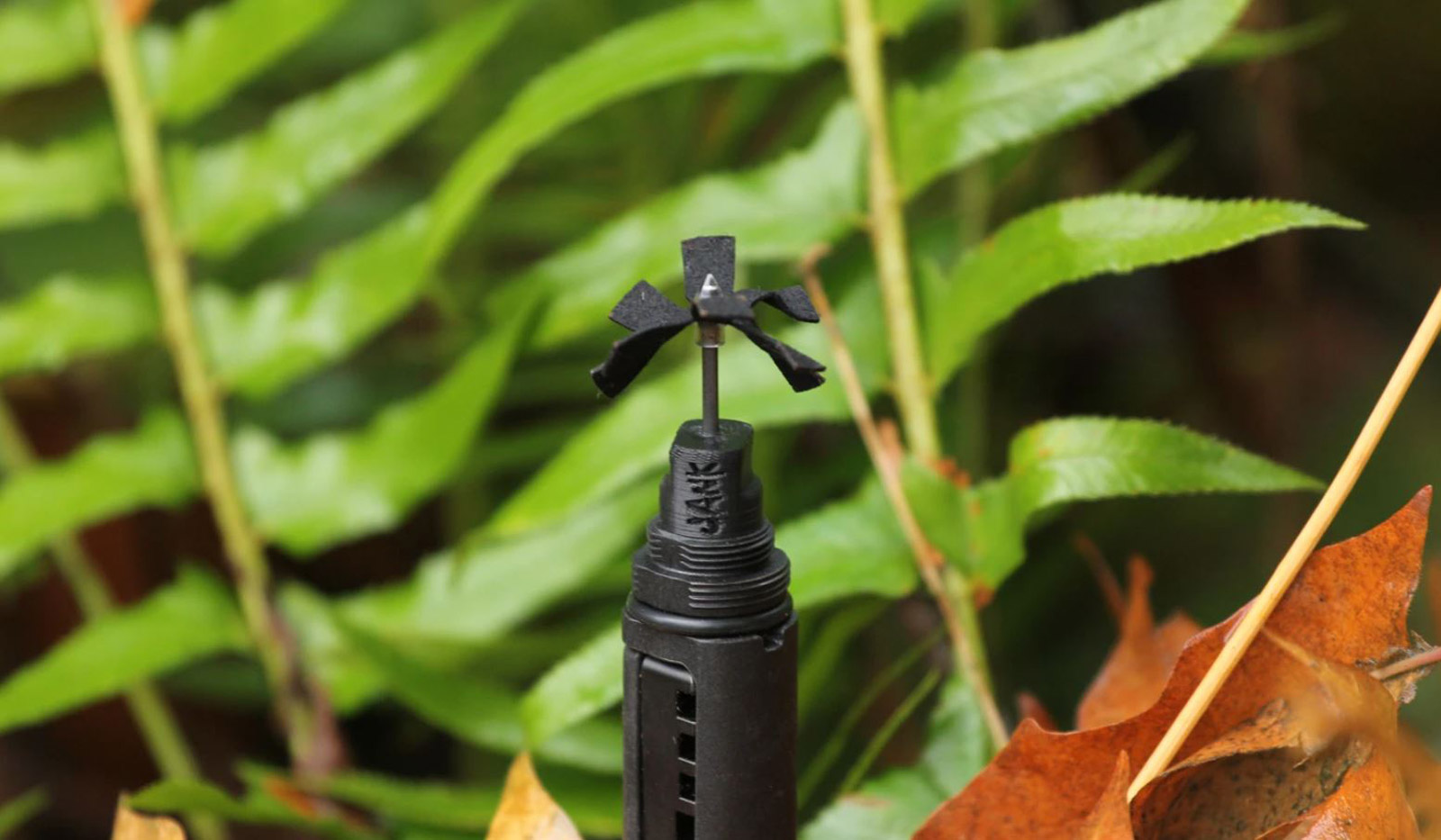 Jank Components decided to combine OneUp’s EDC Tool with Stan’s Dart, adding a tire plugger to what is an already rather impressive list of functions for a multitool that resides within the steerer tube. The Plug Buddy simply screws into the CO2 mount in the EDC holder. Combining the Stan’s Dart tire plugger with the EDC tool is pure economy in terms of the weight and space requirements of a packless setup.

The Plug Buddy is compatible with all versions and mount methods of the EDC tool. Pick one up for $19.99 USD.

Here’s one for riders of Specialized Bikes, specifically those with a SWAT Box in the downtube; the Stumpjumper and Enduro. Jank Components has created a simple pump holder that attaches to the underside of the SWAT cover, so now you can carry a pump securely, no longer free to bounce off the walls. This one retails at $29.99 USD. 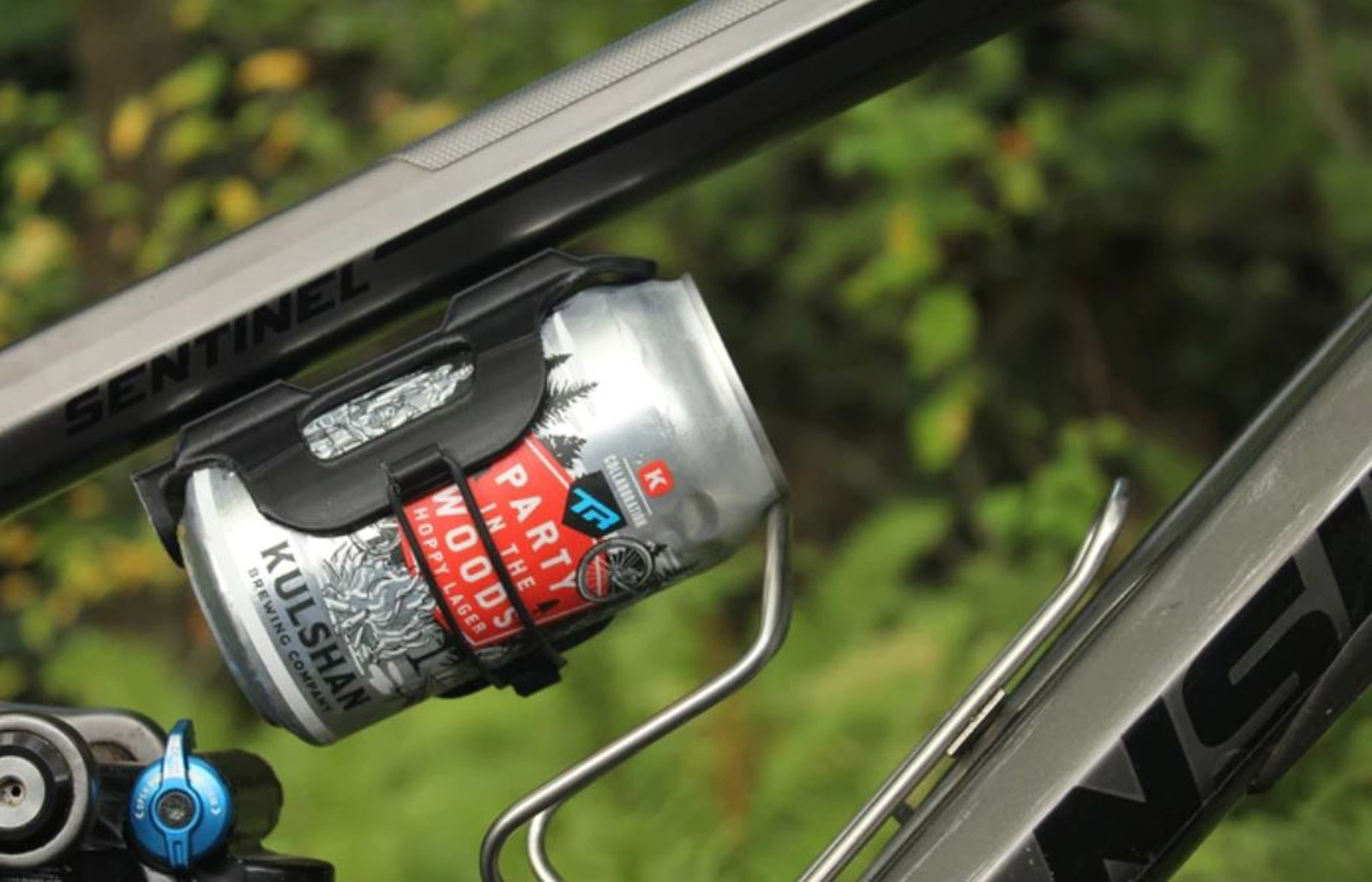 Here’s one for all the riders who appreciate a refreshing mid-ride slurp of their favorite alcoholic (or otherwise) carbonated beverage. The Jank Beer Cage is designed to carry a regular Can of whatever hipster IPA you may currently be obsessed with. That said, the design is not dependent on said Can containing compounds of an intoxicating nature.

The design is much like that of the Jank Components Pump Holder, though its intended cargo will be of no use in a puncture scenario, serving only to inflate the rider’s stoke, if nothing else. This one is currently on sale, now retailing at $34.99 USD. 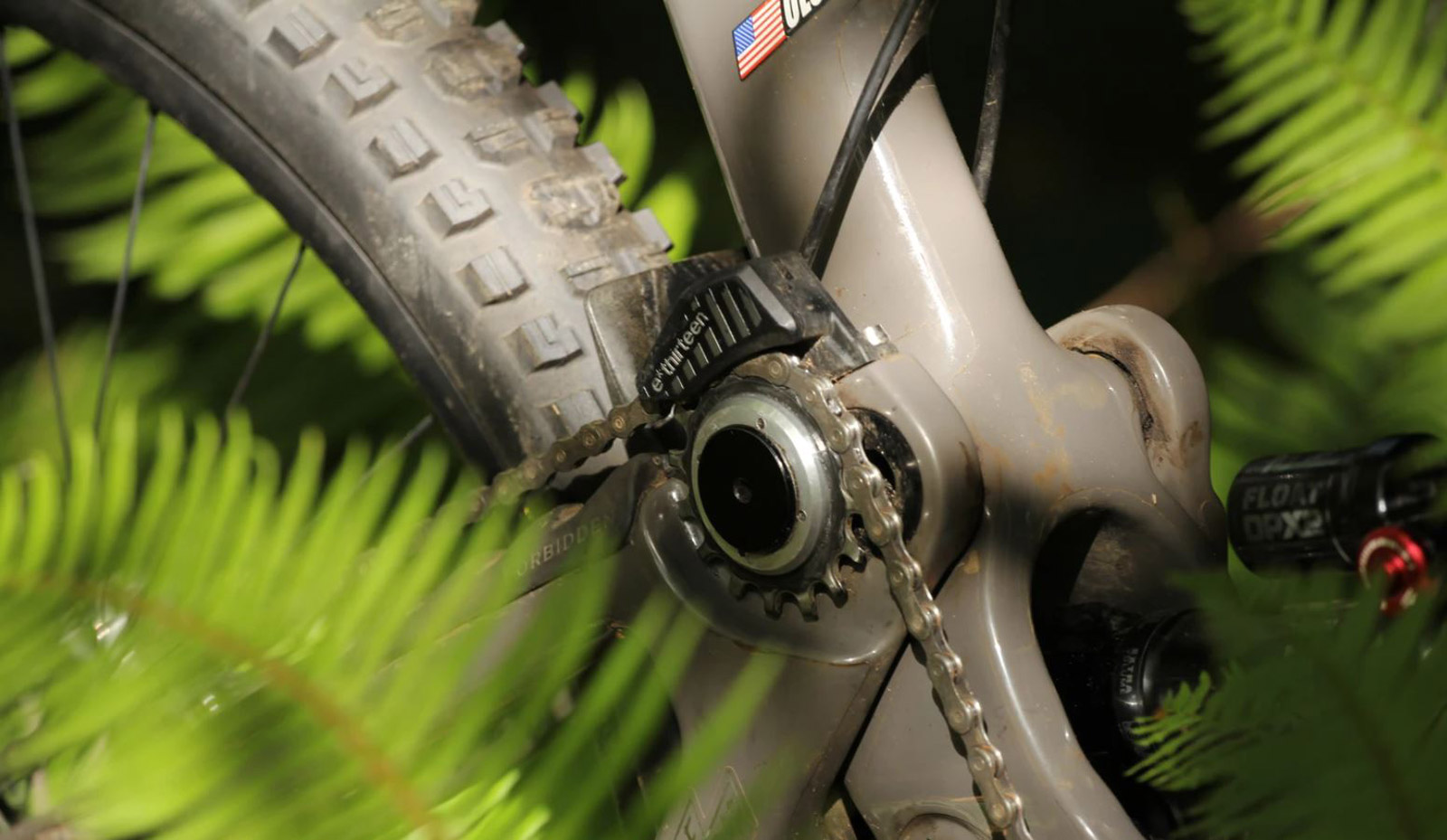 Jank Components claim their 16T steel idler pulley will last at least 3x as long as the alloy version that comes stock on Forbidden Dreadnought and Druid frames. Available with chainrings for X-Sync, FSA and Connex chains, the idler pulley is also available as a carrier only, without the chainring, for those who want to run other aftermarket chainrings. 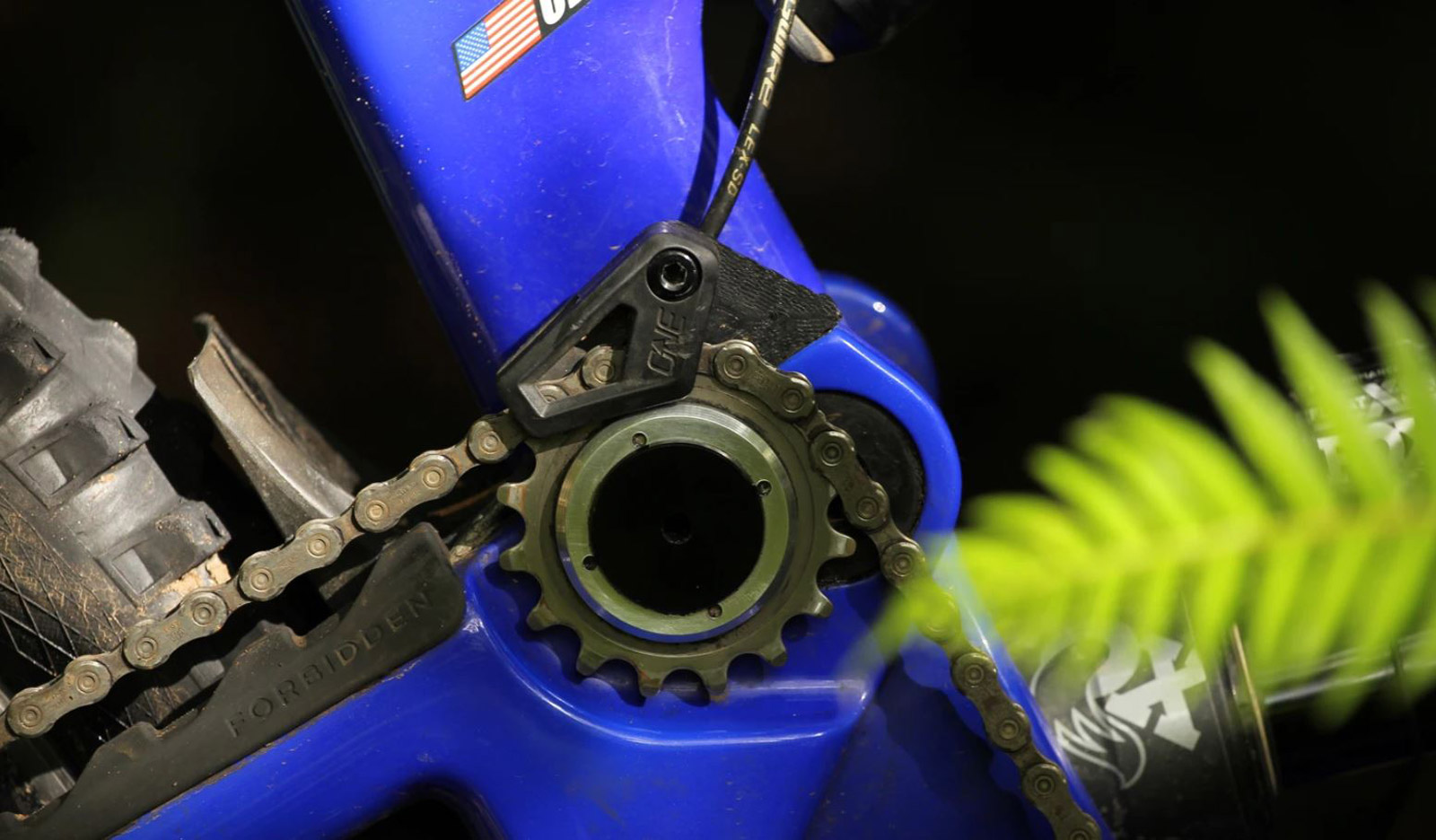 A note from Eric of Jank Components: “I personally run Shimano XT 12 speed and have had no issues with premature chain wear. That being said the forged manufacturing method means that the chainring will take some time to break in and become silent. If you want silence over all else pick up a Connex version”.

Jank Components also sell foam kits for the Druid and Dreadnought frames to prevent the tight spaces between the links getting gunked up with mud.