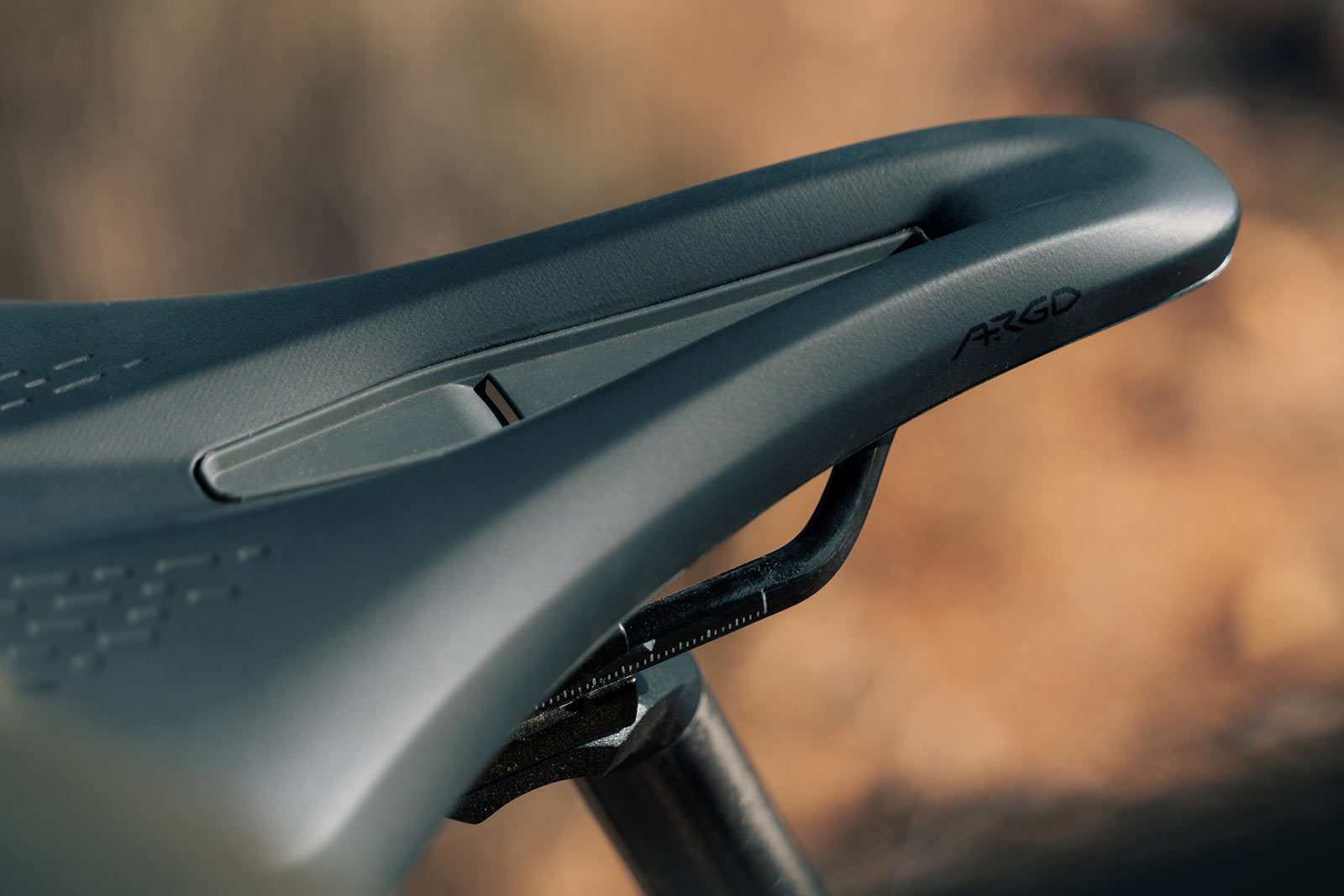 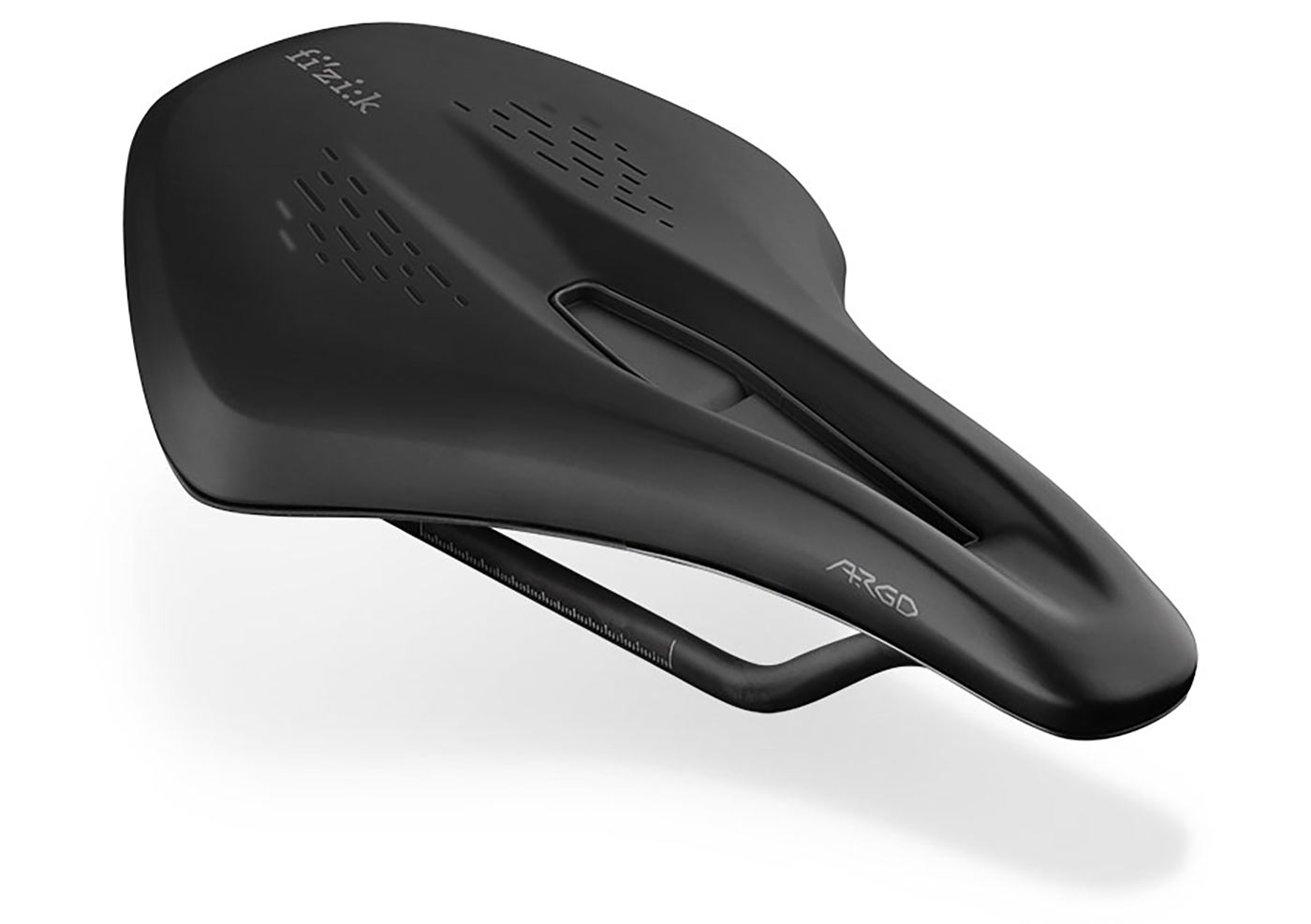 The overall shape remains the same, with a 270mm length and 150mm and 160mm width options. There’s a slight kick up to the tail to push against when powering through a section or climbing. Both the nose and the very back angle down slightly, helping you get off the front or the back as needed…like standing to sprint, or getting low on a descent. 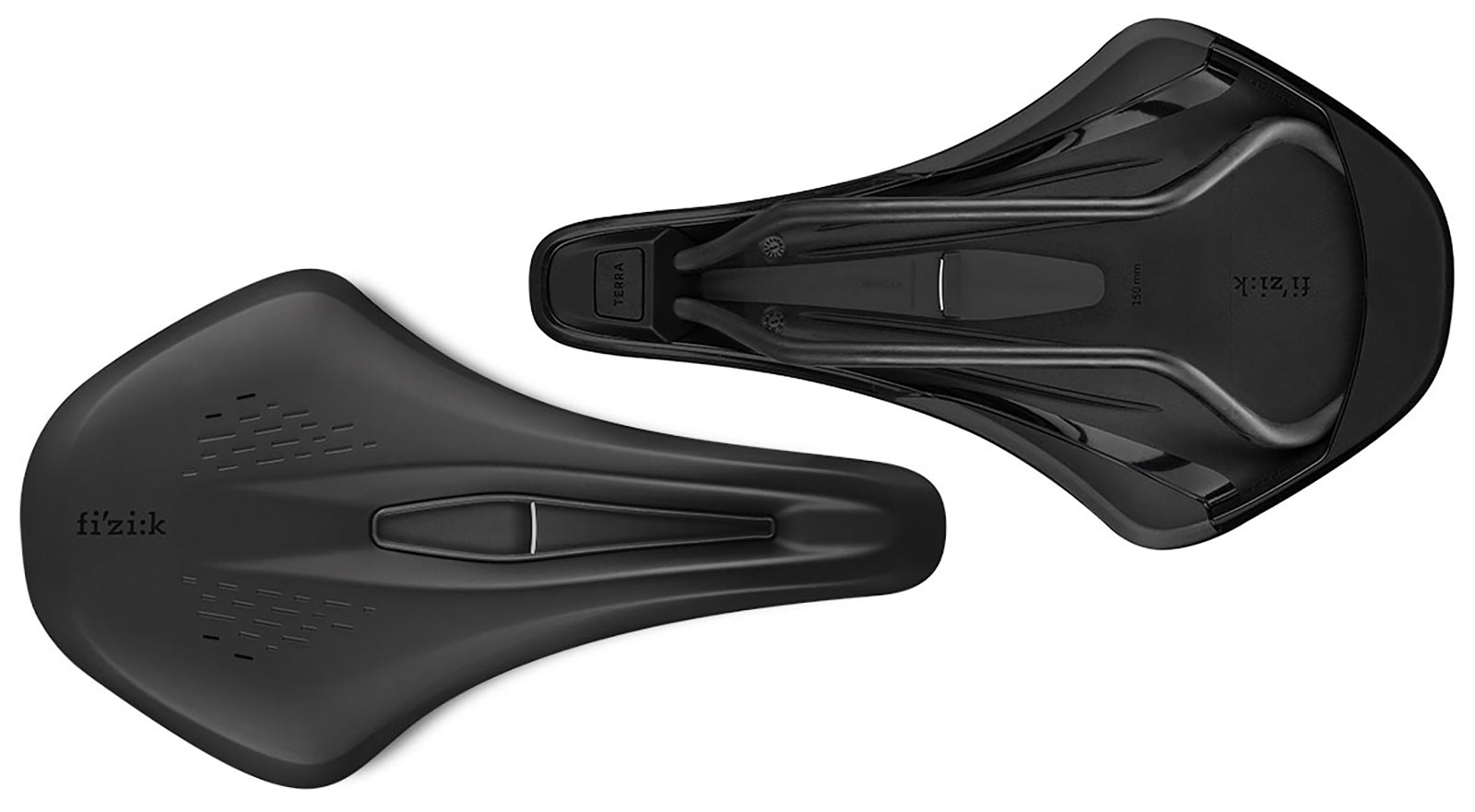 It also keeps the dual-density Type 2 foam, which is not only supportive, but combined with the compliant shell helps to absorb vibrations. It also keeps the center relief channel with the vented “mud flap” underneath.

All three models use a carbon-reinforced nylon shell, with their Wingflex design that lets the edges flex and move with your thighs as you pedal. Like the metal-railed versions, Fizik creates a continuous loop at the back of the carbon rails, which they say offers better stability and enhances the Wingflex’s activity.