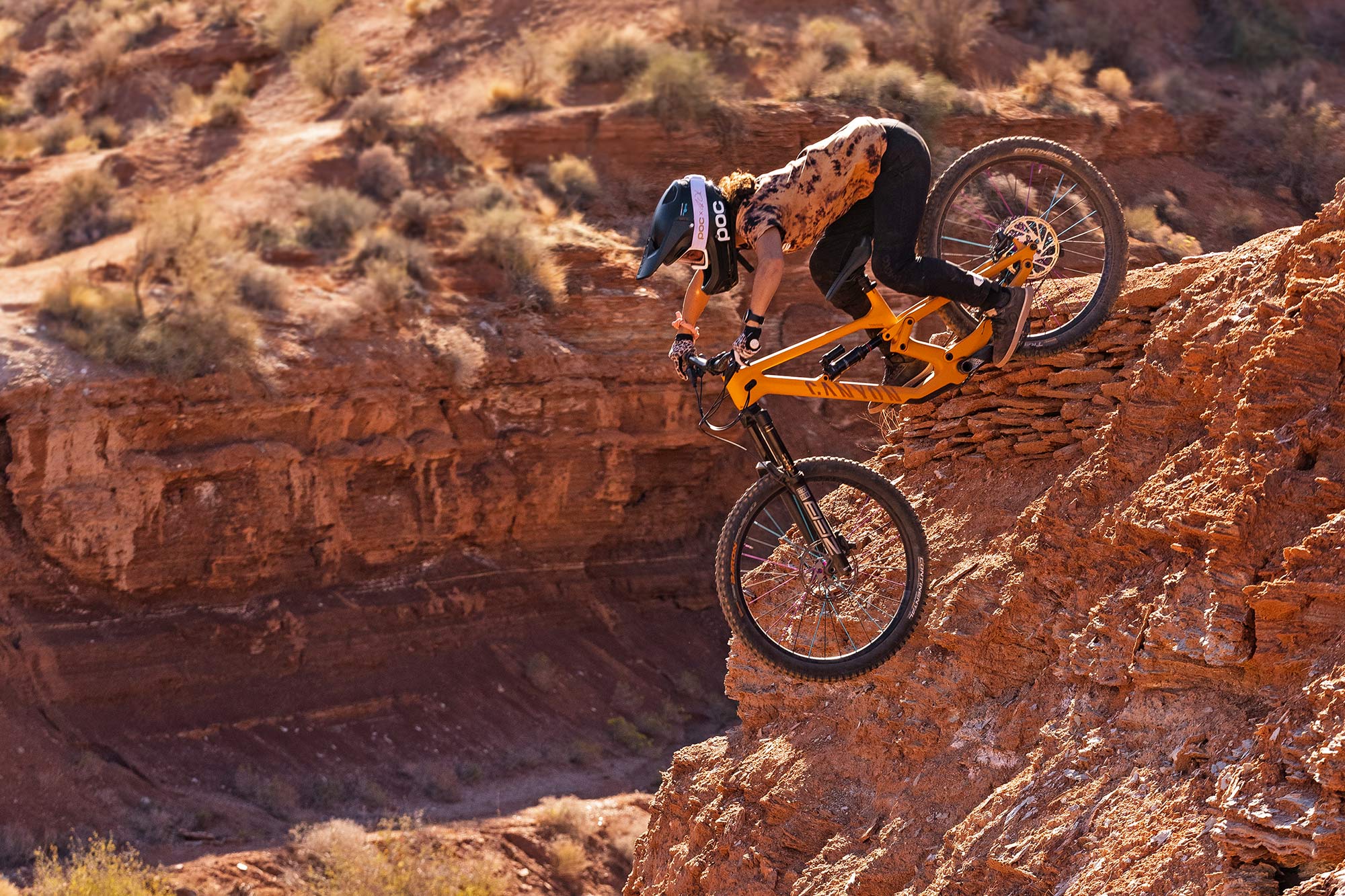 Canyon has completely overhauled their Torque freeride bike for a new season of shredding bike parks, EWS tracks & jump lines with tons of options to suit any gravity rider. Pick from full carbon or alloy framesets and 27.5, 29″ or mullet wheel builds to get the perfect setup for your own personal style of gravity riding – whether you’re shuttling, catching a chairlift, or pedaling to the top for each run… 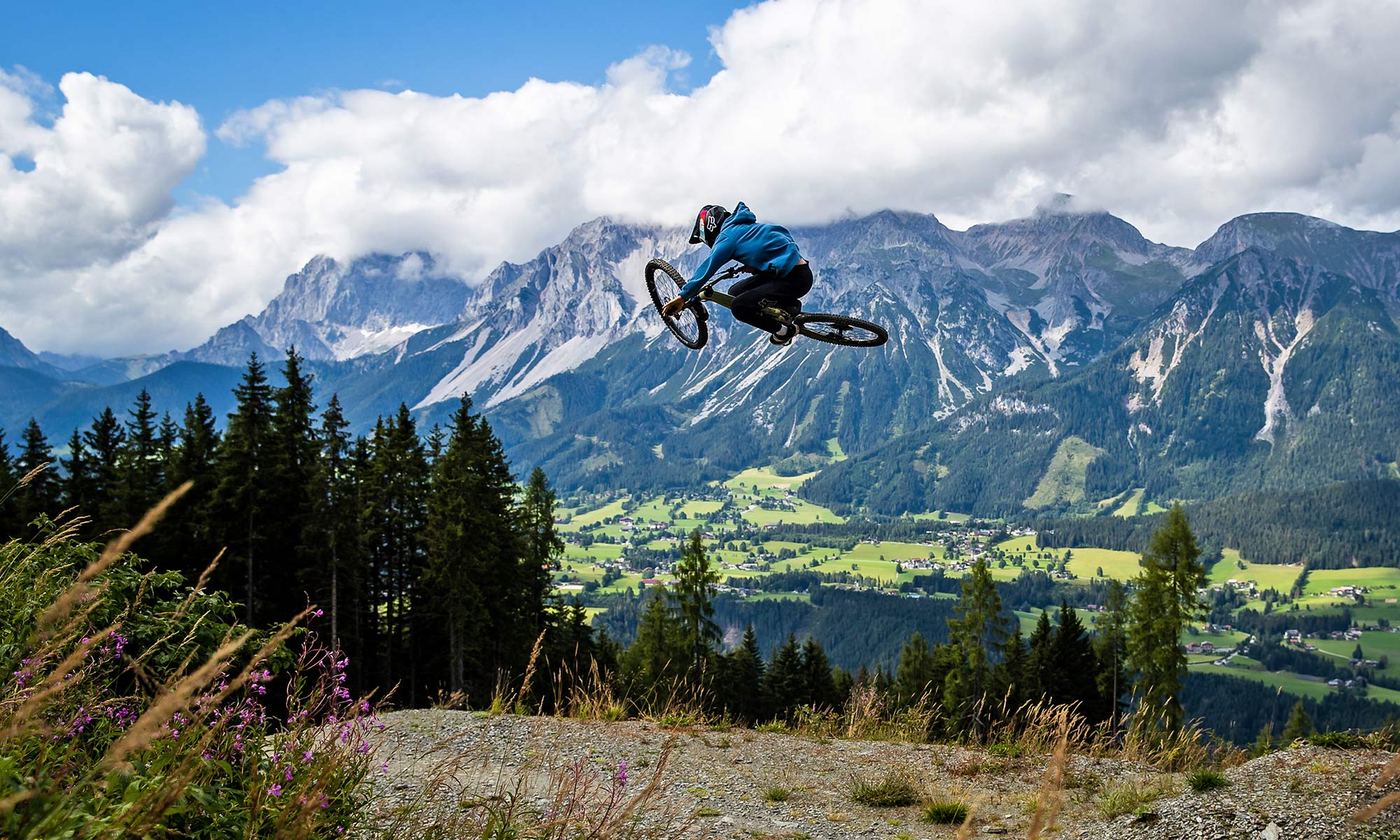 Canyon says the new Torque was completely redesigned to be their ‘one’ long-travel mountain bike for riders looking to go from all-mountain enduro riding, to week-long trips to bike parks, to full-tilt backcountry freeriding. With slacker headtube angles, longer reach, steeper seattube angles, and more options for wheelsizes, this is the longer version of their popular all-mountain Spectral that can still climb when needed, and is meant to be more versatile than the enduro race-specific Strive. 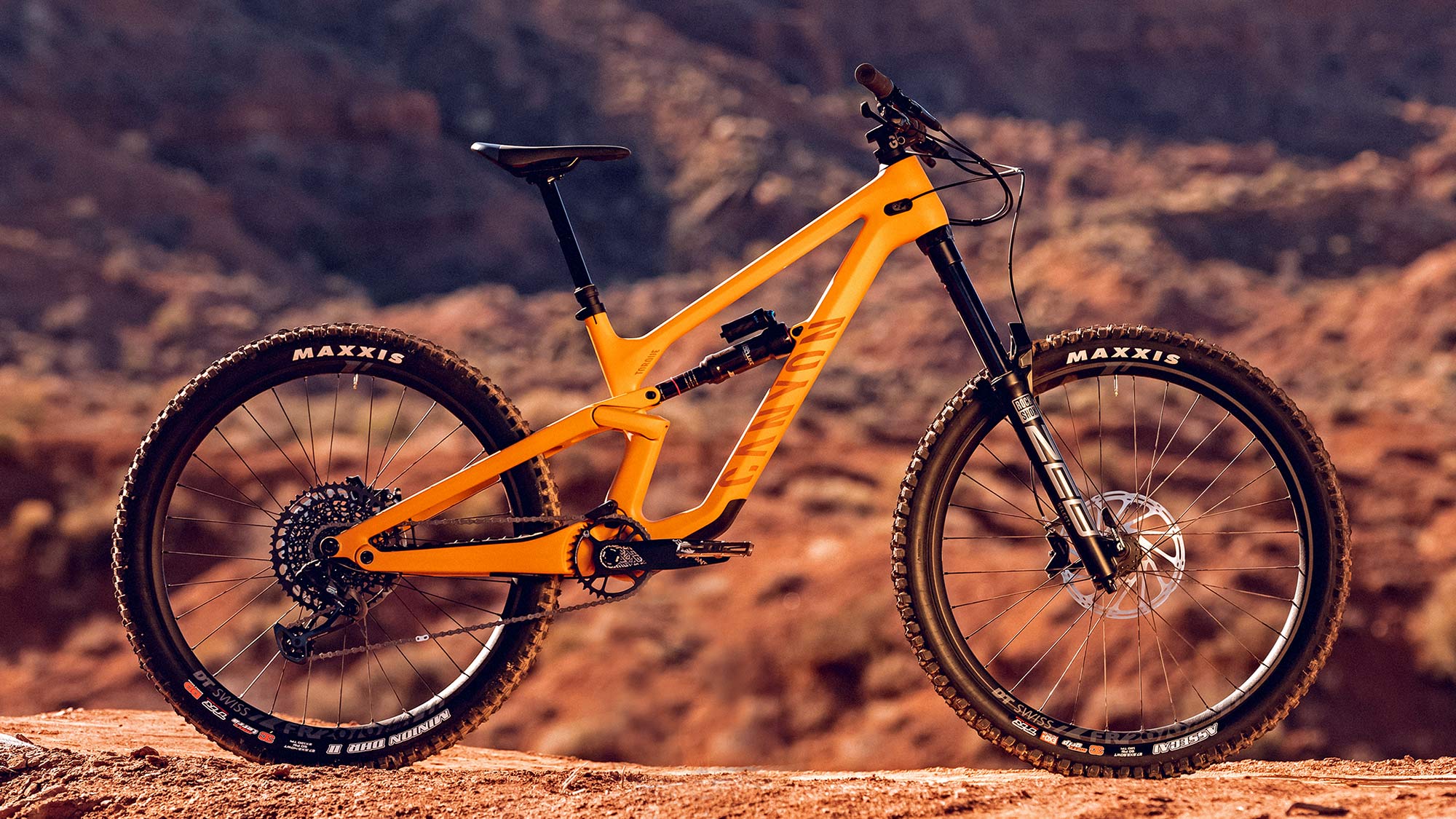 For riders of the recently-overhauled Spectral, this new Canyon Torque looks very familiar – like a bigger, longer travel sibling. Much of the tech, materials, and wheelsize choices are the same, just scaled up for steeper terrain and bigger jumps.

New Torque buyers can pick from 27.5, Mullet & 29″ wheel setups as Canyon built the new freeride bike around the same modular design concept as the latest Spectral – with unique front & rear triangles for 27.5 or 29″ wheels. 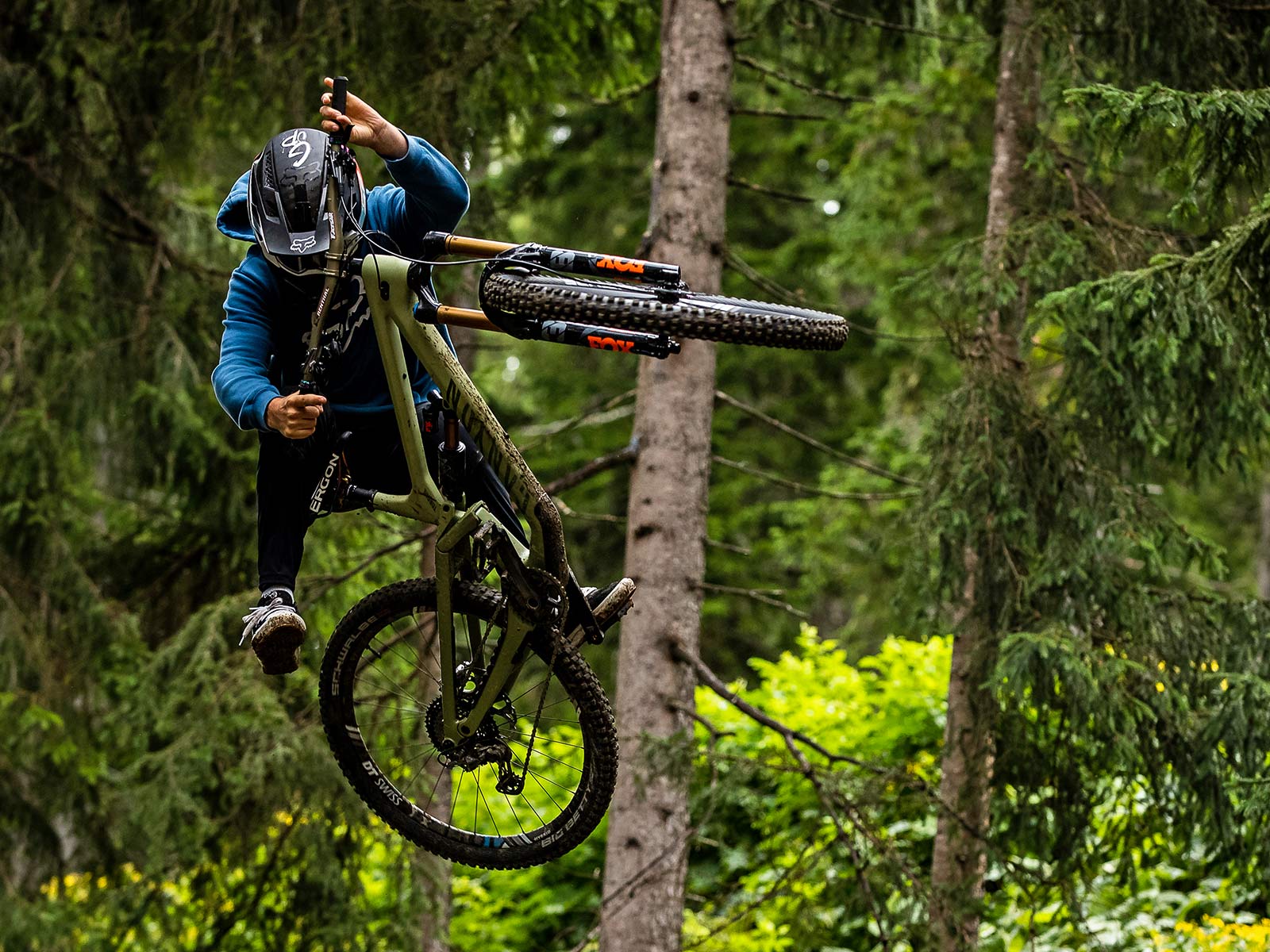 Although Canyon doesn’t sell the front & rear ends separately, they are essentially a mix & match design concept. The result is that gravity-ready geometry is almost exactly the same no matter which wheelsize combo you pick (outside of 5mm shorter chainstays for the smaller rear wheel).

The differing ride character of each choice then boils down to the variation in stability/maneuverability of the various wheelsizes, individual wheel stiffness & tire contact patch, and the balance of wheel rollover vs. a little extra travel.

Alloy bikes don’t get the flip-chip, instead combining a ‘best of both worlds’ slack 63.5° head angle and Lo BB with the steeper 78° HI seat angle. 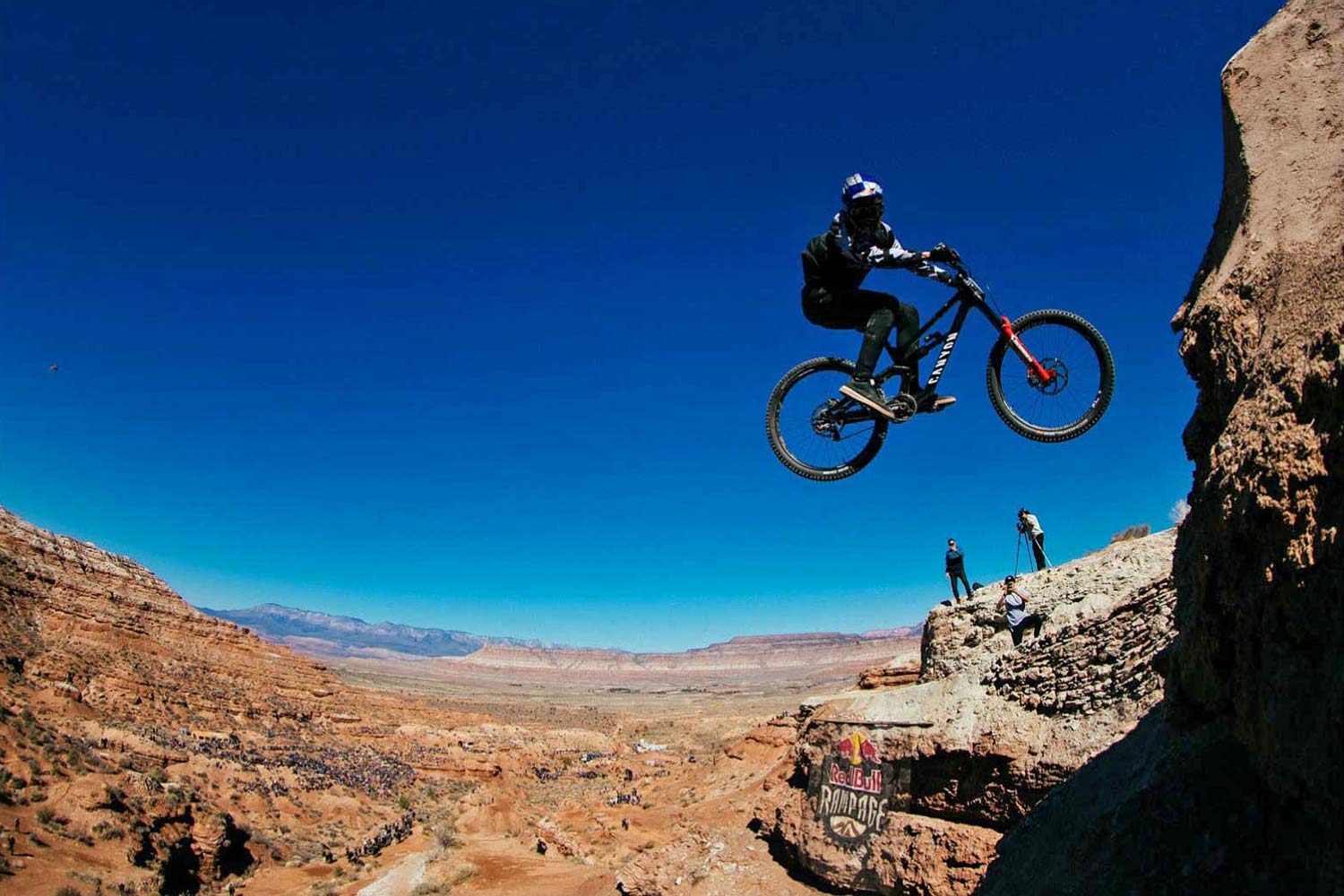 Whip it, flip it, throw down a 360° or two. While Canyon admits that the newly longer & slacker Torque was built more for bikeparks and fast jump lines than throwing down tricks, it’s certainly capable in that manner too. In fact, the new bike was one of the few we didn’t share from our Red Bull Rampage roundup since it wasn’t yet official.

But Canyon CLLCTV rider Tommy G put a new blacked-out carbon Torque through the paces at this year’s Rampage, spinning it around & round. Canyon suggests riders looking to “throw shapes” on the new bike should probably stick with the 27.5″ wheeled versions, and likely pick one size smaller bike to ride.

The new Torque is also rated for the same Category 5 as their DH bikes, and you can even mount a double crown fork. Although again, Canyon recommends reducing DH fork travel back to 180 or 190mm to preserve the new freeride bike’s handling. 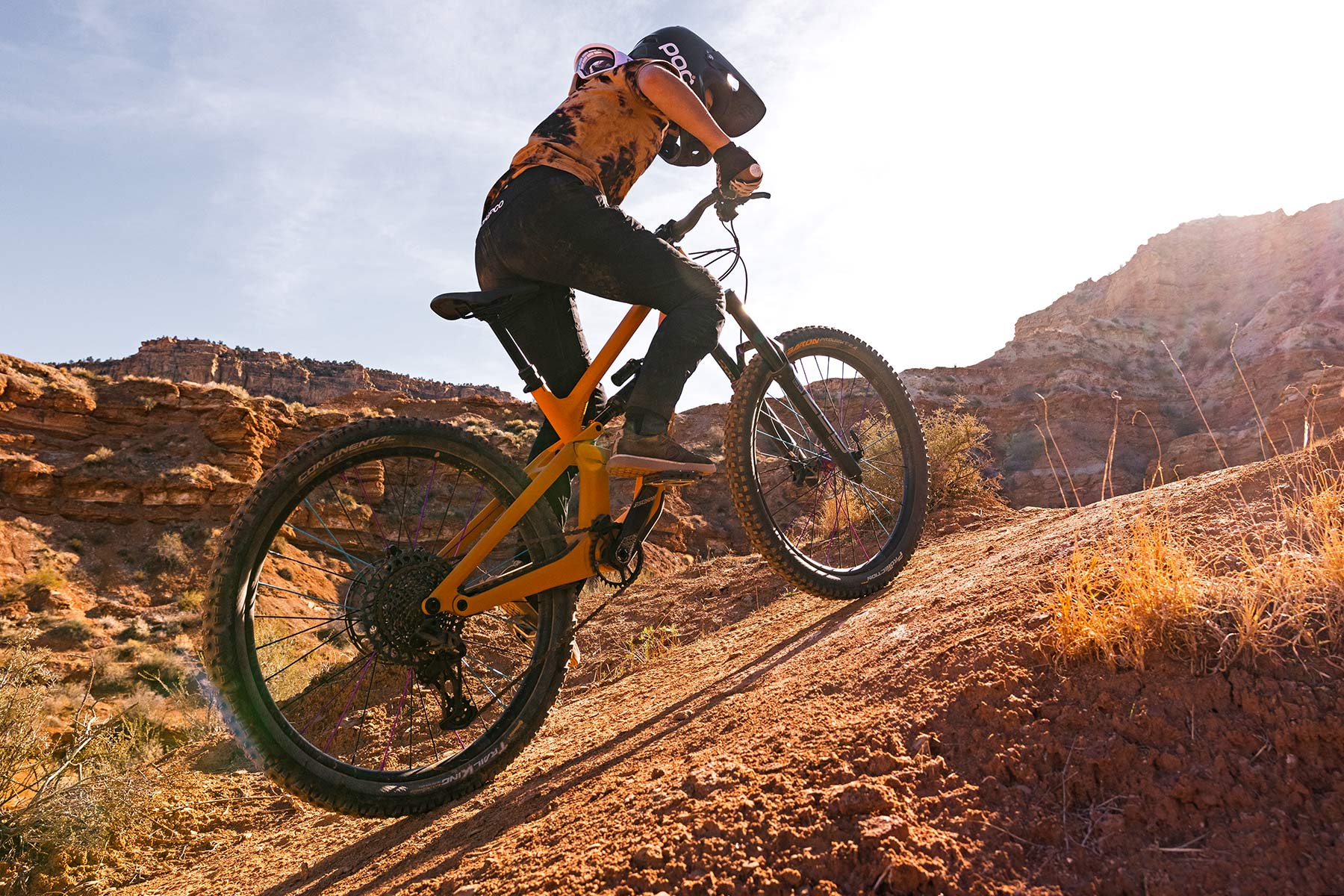 But while the new Canyon Torque can go big, it is also a much better climber now too with that super steep seat angle. Not every steep descent is lift-served.

The new Torque isn’t going to rocket up the climbs like an XC bike, Canyon’s four-bar Triple Phase suspension does a solid job climbing. And with lockout levers spec’d on all of the shocks, it’ll simply be a matter of patiently sitting & spinning to get back up for another run. 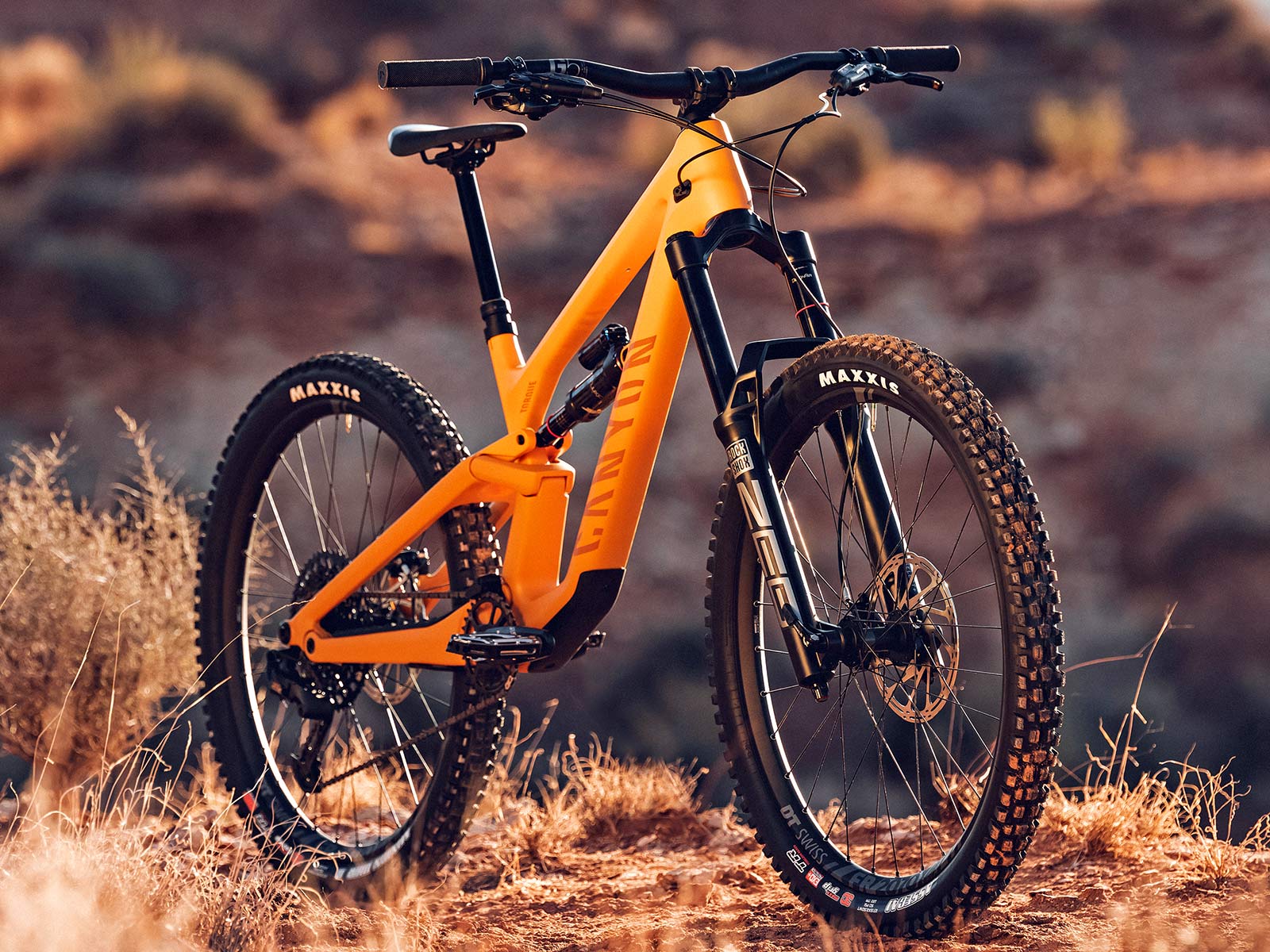 Besides more wheel size options, Canyon says they paired the updated longer & slacker geometry with reduced offset forks to hit a sweet spot of high-speed stability, playfulness, and climb-ability from the new, more versatile long-travel park bike. Both alloy & carbon frames are also stiffer and more durable than before.

Plus, now there’s room for a bottle cage under the shock for a 600ml side-load cage and a 2-bolt spare tube/tool mount just behind the headtube in the front triangle, as well. 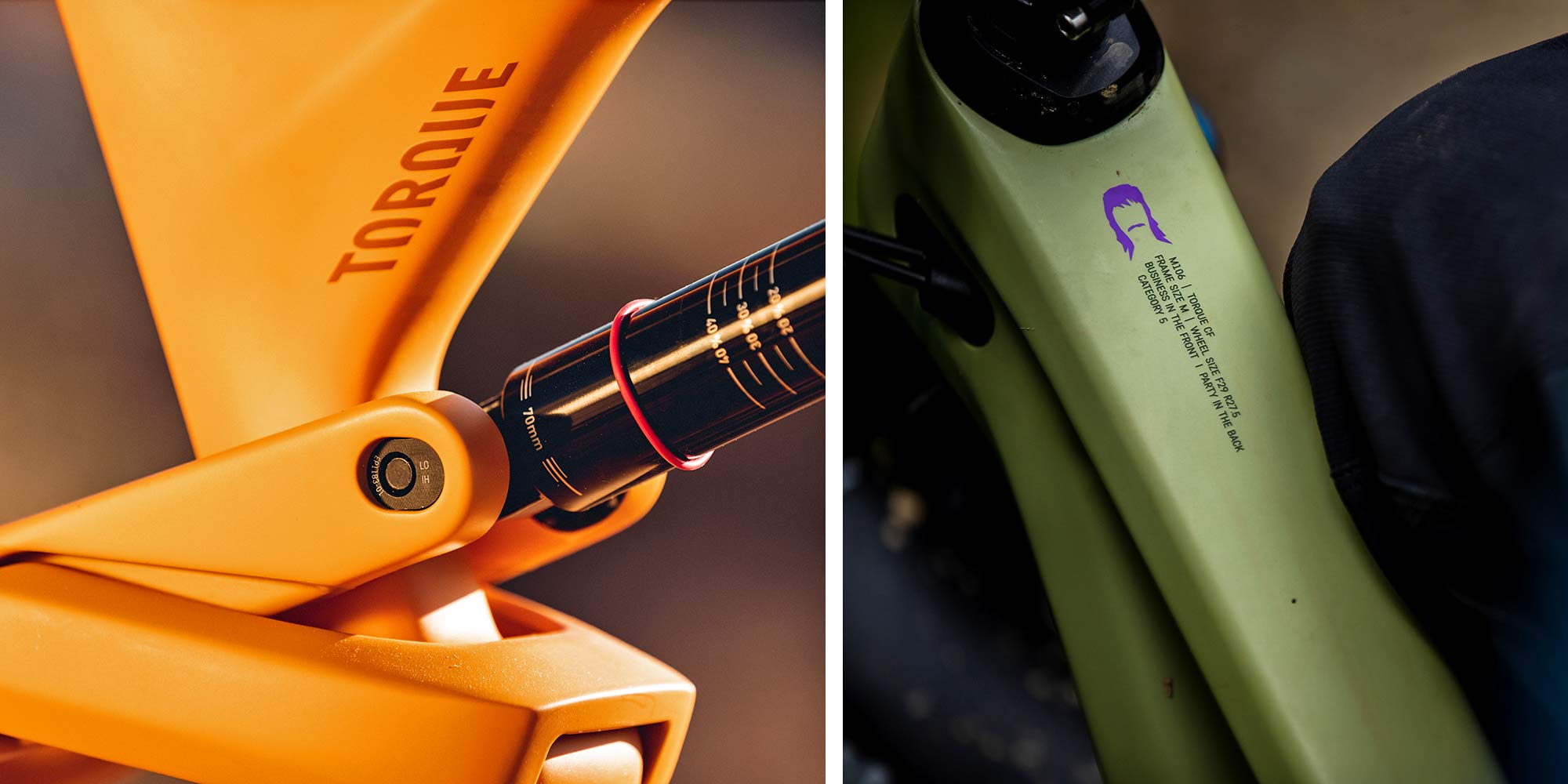 All of the new Canyon Torque freeride bikes get mini chain guides standard, while the carbon frames can have an additional set of ISCG tabs added later, and the alloy bikes have tabs welded on. Canyon says the new Torque shares many replacement items with the Spectral, like the optional ISCG mounting plate, replaceable thread inserts at all pivots (alloy for carbon frames, steel for alloy bikes), UDH universal derailleur hanger, and sealed bearings with proprietary long-lasting grease fill. 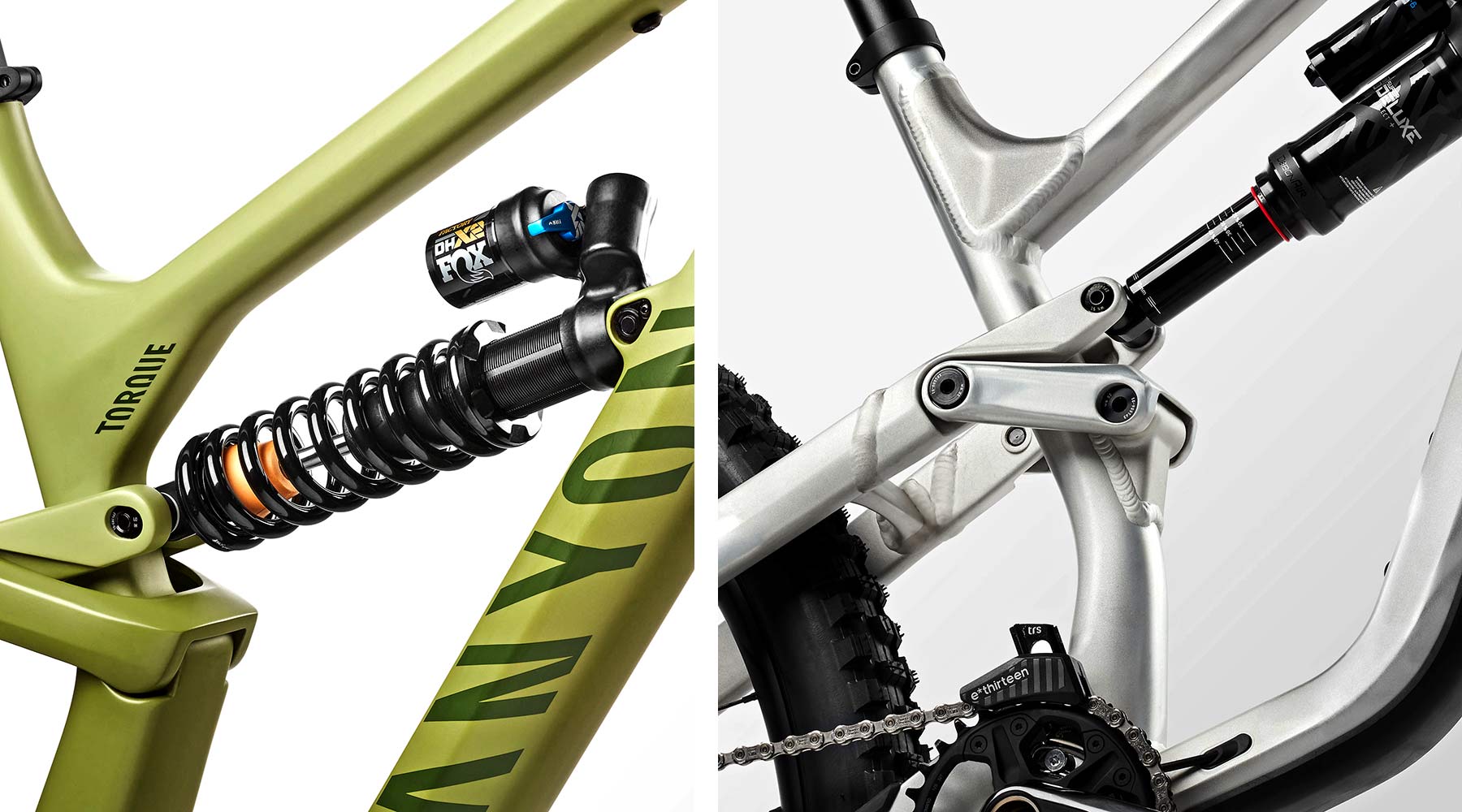 Both new frame options are also said to save over more than two hundred grams over their predecessors.

The new carbon Canyon Torque frame sheds its weight via updated layup that promises a boosted stiffness-to-weight ratio, plus weight savings from the new full-carbon rear end. Now down to 2652g for the full carbon frameset, it gets the same Category 5 rating as Canyon’s DH World Cup-winning Sender.

The alloy bike drops 250g over the previous model, while still delivering the same stiffness as the carbon bikes thanks to more careful tube shaping & butting, prioritizing performance over just trying to minim the more swoopy looks of the carbon frames. Stronger, stiffer, AND lighter than the old aluminum version, the new Torque AL frame now comes in at 3250g, just 600g (or one water bottle) heavier than the carbon bike, making it a solid option for riders looking to save some cash to bike lift tickets. 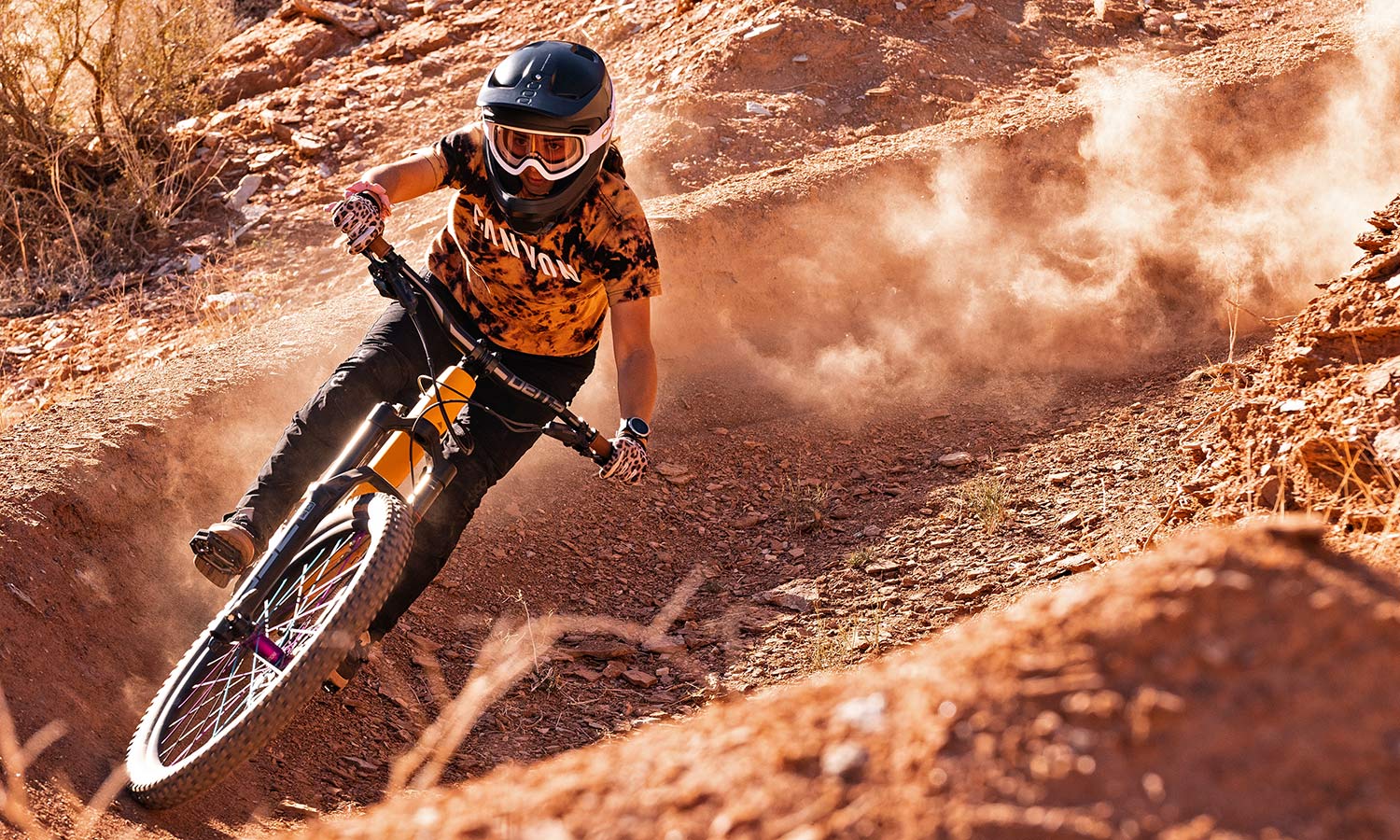 The all-new 2022 Canyon Torque freeride bike is now available in aluminum or carbon framesets, in 27.5″ or 29″ wheel builds, or even a couple of mullet combo options in carbon only. Final spec and real availability varies a bit from market to market, with six models officially in total, three of which are being offered now in the US. 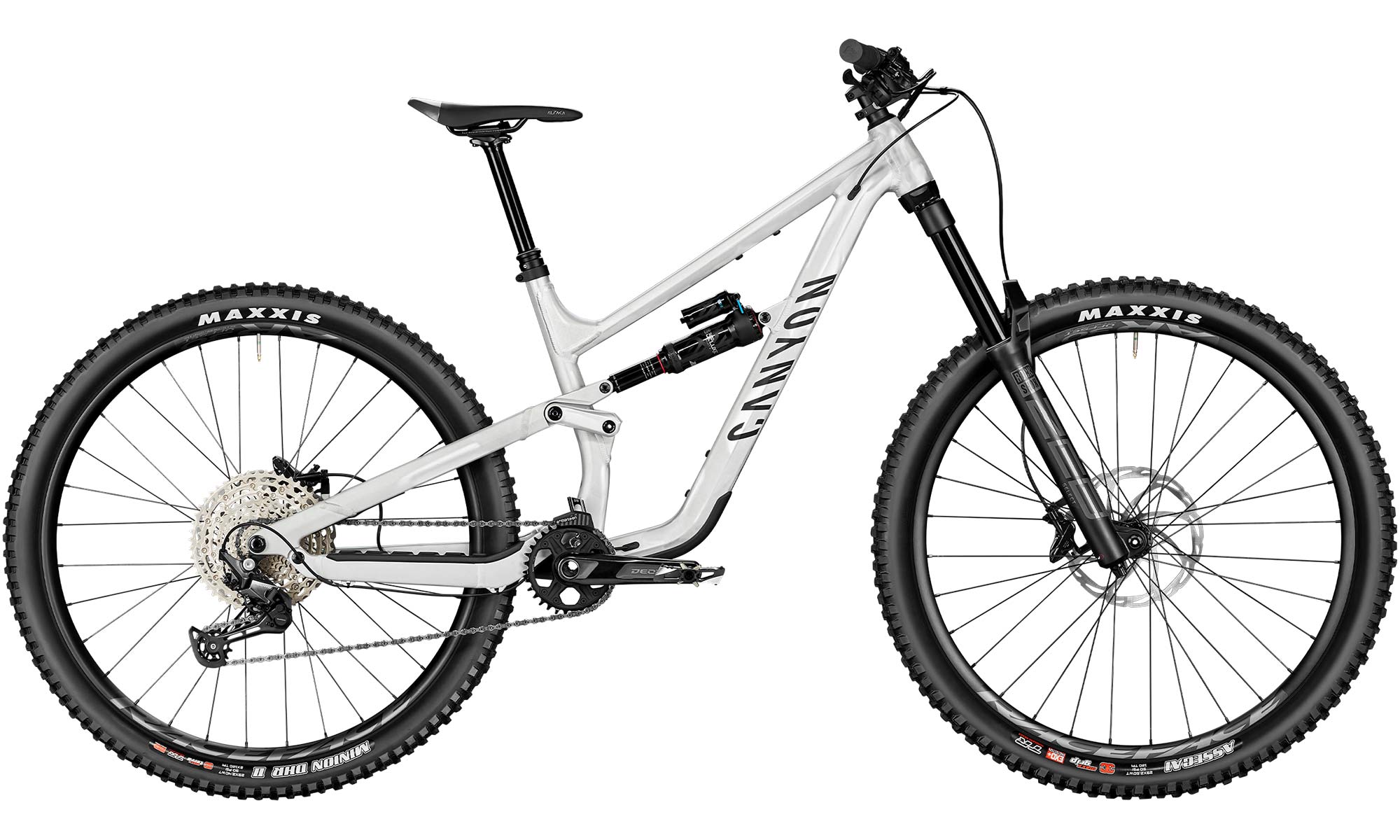 A second alloy Canyon Torque 6 gets upgraded to SLX, Fox 38/Float X2 Performance suspension, and gravity-ready wheels specifically developed for the Torques with DT Swiss, for 3200€ at 16.1kg. 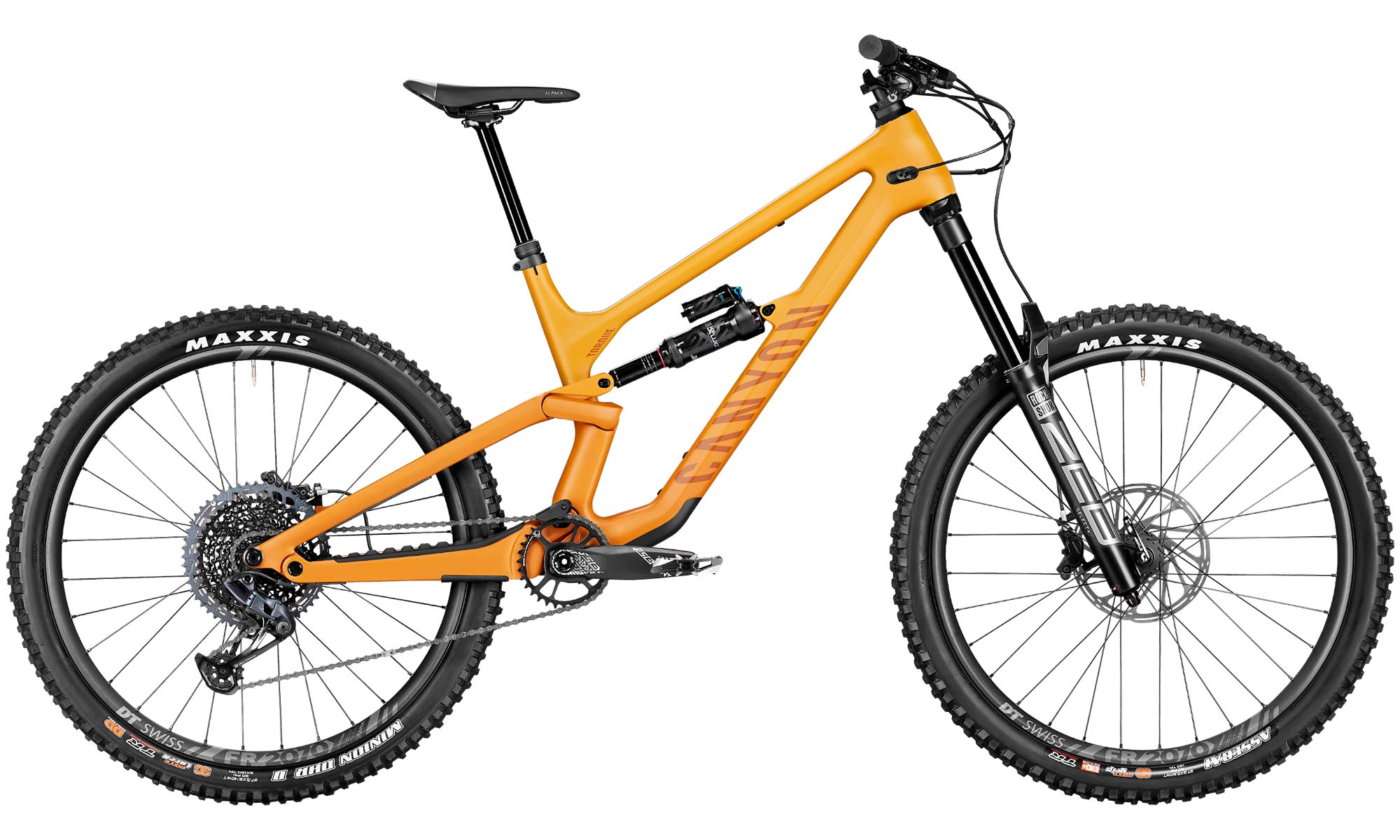 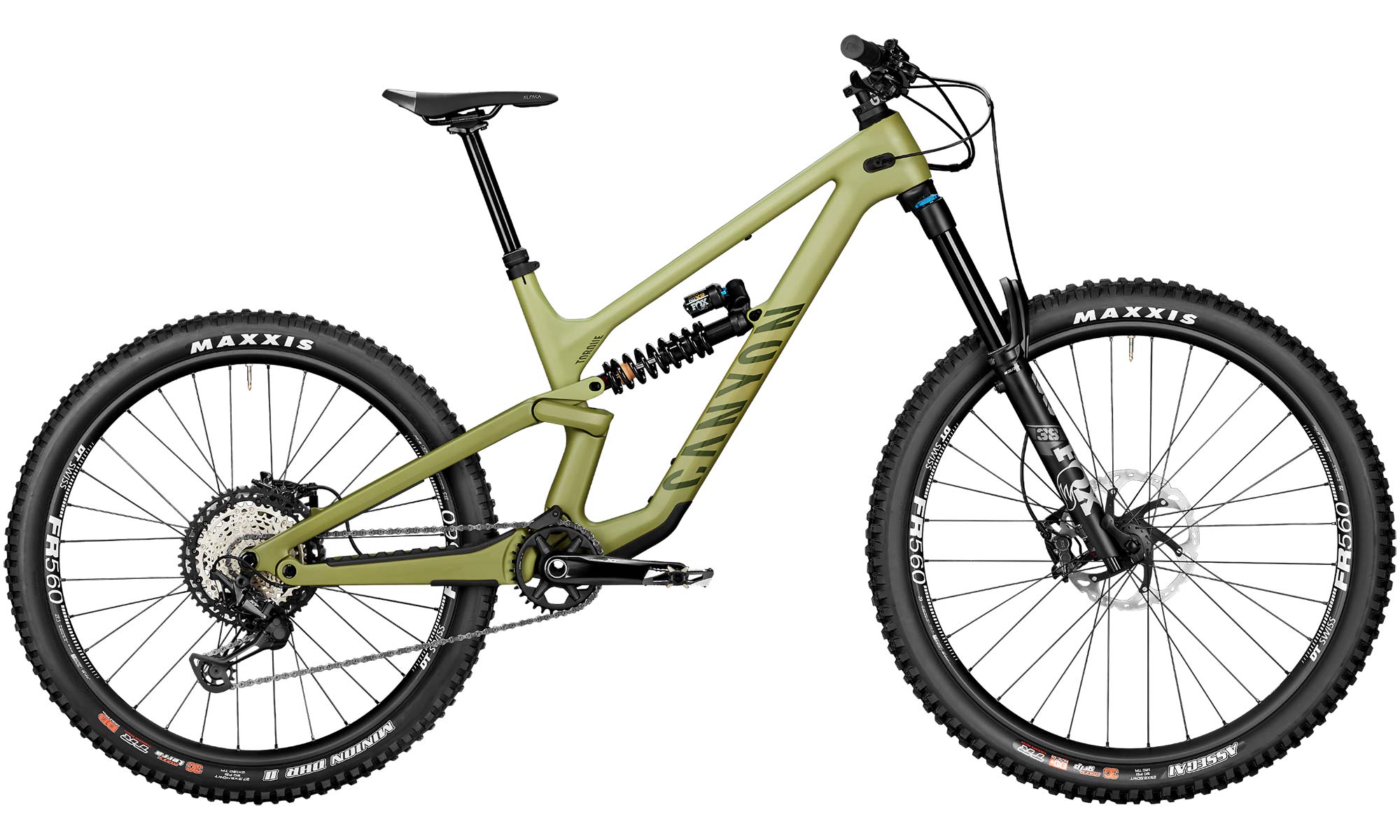 Mullet combos are only available in two top carbon spec for the time being like the Spectral we’ve already tested. Although we have a feeling that Canyon is just testing the mullet waters, and will likely add more options if these sell really well. It seems that it will literally be as easy as sticking together an alloy 27.5 rear triangle to an alloy front triangle. (Individual carbon & alloy frame sections are not interchangeable between different materials.)

(Neither Mullet build is available with matched wheel size pairs.) 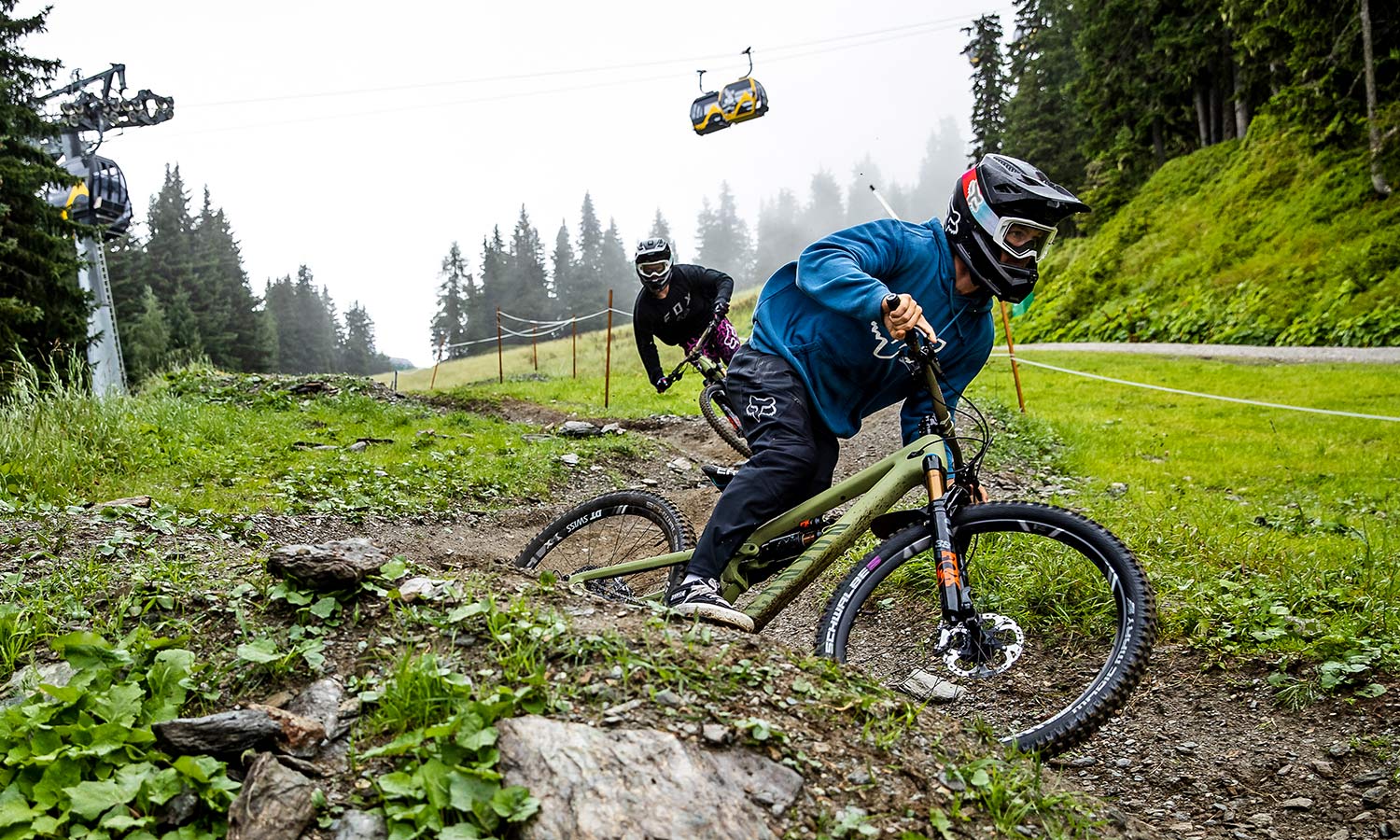 Many of the new carbon Torques are available in stock now in a number of wheelsize, color & spec combos. but it looks like buyers of the aluminum bikes will have to wait a bit longer. US customers look like they will get the entry bike first. But alloy bikes should start showing up on mountain bikers’ doorsteps globally from early to mid-January 2022, with plenty of time to get dialed in before most bikeparks open back up after ski season.