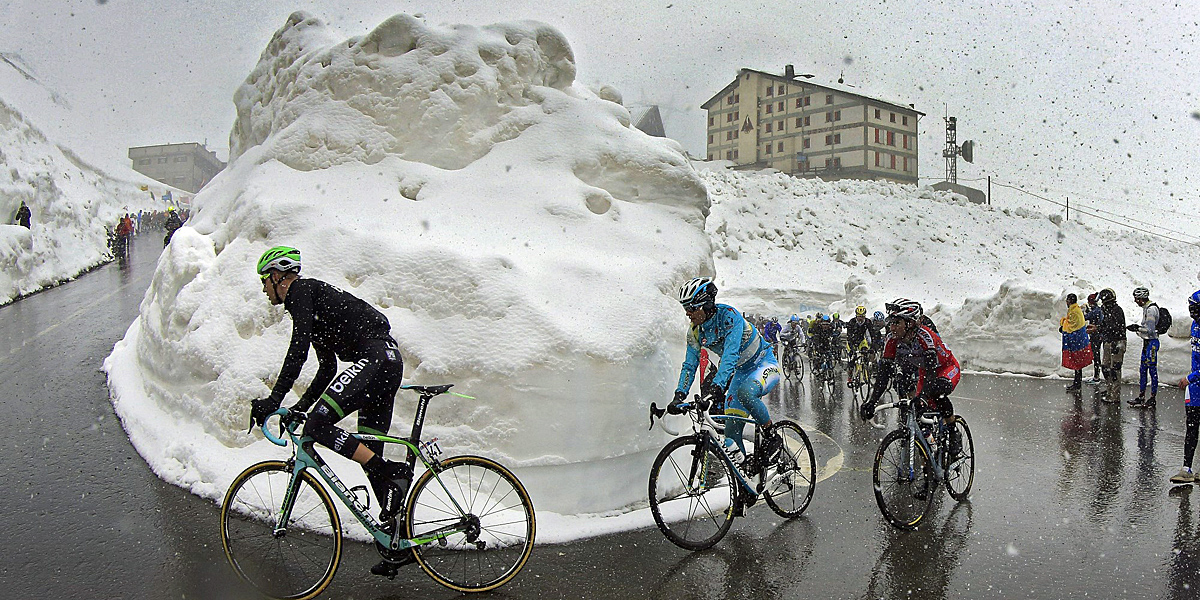 In my now 30 years as a student and scientist in environmental physiology, I’ve done a number of stupid things in the name of science. This article highlights two of my dumbest. 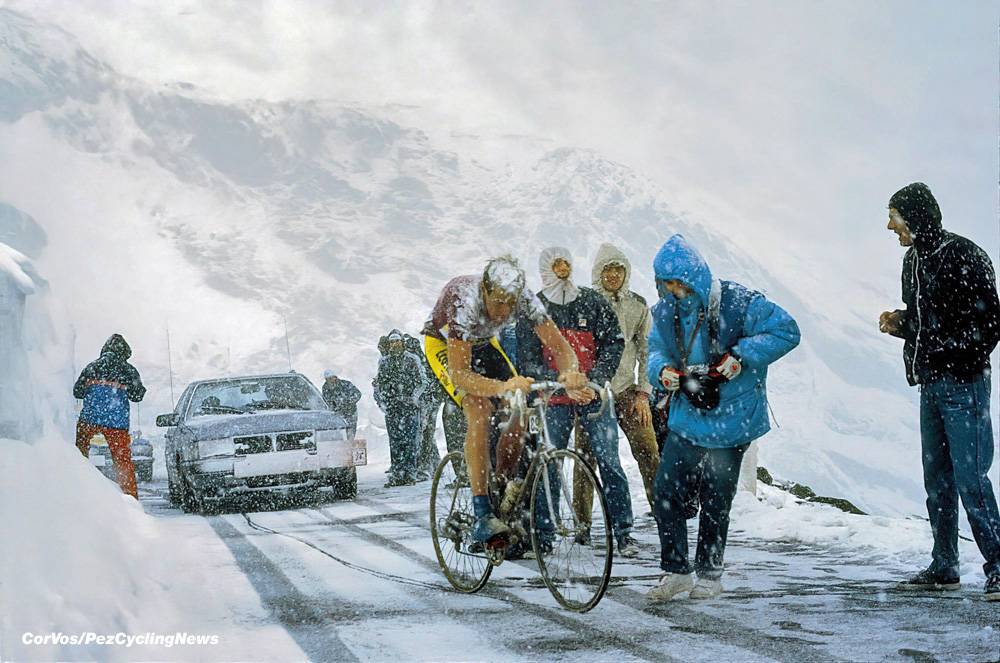 We know that cycling in the winter can be a chilly experience, but can you become at greater risk for hypothermia if you’re on a long/hard ride and get tired?

Whenever the weather gets extreme, extra planning is required to make sure your ride or workout is a fun and safe one. When it’s cold, the challenge is to maintain body heat, which can be difficult with the combination of cold temperatures along with wind chill from riding fast.

To maintain temperature, the two keys are your exercise intensity along with your clothing. If you’re sheltered from the wind, in the woods on your fat bike at low speed but working hard, you can get away with pretty light clothing. However, if you’re out on the exposed roads moving at fairly fast speeds, you’ll need a lot more clothing.

What happens, though, as you get tired during the course of your ride? Are you at greater risk for hypothermia? In this video, I look at a study where we had people exposed to cold after 5 hours of intense exercise, along with another study where we had participants shivering for 24 straight hours.

Check out the full video below!

Cold can be a harsh and unforgiving environment to survive and thrive in. Besides clothing, fire, and shelter, the body’s main way of warding off hypothermia in the short term is to generate its own heat, primarily through shivering.

In today’s episode, we’ll take a look at whether shivering can last indefinitely or whether it fatigues, especially as the body gets tired from prolonged exercise and lack of food.

We’re getting into the time machine and taking a look at a classic study by Peter Tikuisis, and partnering it with a more recent study that I conducted. These two are easily the most uncomfortable studies I’ve personally been a part of throughout my 30 year career. The basic question is whether extreme fatigue from hard and prolonged exercise, along with inadequate nutrition, can cause shivering to become impaired. With prolonged exercise in a thermoneutral environment, we generally rely on carbohydrates, either the glycogen we have stored in the body or carbohydrates that we eat during exercise, for energy. This is also the case with intense shivering, so shivering might drop as our carbohydrates run low and also possibly because our muscles are tired from prolonged exercise and can’t generate as much force.

So in 1999, Tikuisis tested cold tolerance after 5 h of varied and hard exercise, including 3 types of aerobic exercise – rowing, jogging, and cycling – combined with heavy weight training. Only water was allowed during this and not any food. We then were exposed to up to 4 h in a cold and windy shower, consisting of wearing just shorts in a 10°C shower in a 10°C chamber, all with a 6 km/h wind blowing on you. Yes, this was indeed as terrible as it sounds! Of course, there was also a control condition where we were normally fed beforehand and didn’t do the 5 h of exercise.

These two graphs tell the main story from this challenging study. The left one is an appropriately named “survival curve,” showing the number of remaining participants over the 4 hours. There was a trend towards faster dropouts and shorter tolerance times with the fatigue condition, shown with dashed lines, but this wasn’t statistically significant. The right graph shows individual responses of the 13 participants during the Control trial, and highlights the huge inter-individual variability in responses to the same cold stress. The thin, medium, and thick lines represent lean, moderate, and high body fatness, respectively. The big difference was in shivering rate, and this difference wasn’t related to either aerobic fitness or body fatness. Indeed, as can be seen in this graph, some lean individuals had strong cold tolerance, while some high-fat individuals were only middle of the road in cold tolerance. What predicts individual shivering drive and cold tolerance largely remains a mystery to the present day. Fun fact, I was participant #9, with moderate body fatness and also a middle-of-the-road cold tolerance response. Another interesting finding was that there was an apparent shift towards higher reliance on fat metabolism in the fatigue trial, debunking the idea that shivering is an inflexible process that relies only on high rates of carbohydrate use.

In 2016, we followed up on this question with another incredibly challenging study, where we had 8 participants sustain moderate shivering for an entire 24 hours through a combination of minimal clothing and 7.5°C air. They were fed normal calories but with survival rations, as we were simulating an Arctic survival situation, and had only half a litre of water. The dashed line shows that heat production was sustained and actually rose slightly over the 24 h. Meanwhile, the shaded graphs show that, between 6-12 hours into exposure, the body seems to naturally shift to higher reliance on fat metabolism. Overall, these studies are good news for extreme survival situations, suggesting that shivering and heat production can be sustained for up to at least 5 hours with heavy exercise and no food, or 24 h with no exercise and adequate food. This is important information for both military planners and also for search and rescue survival modelling.

I hope that this look into the fascinating world of environmental physiology hasn’t given you the cold shoulder. 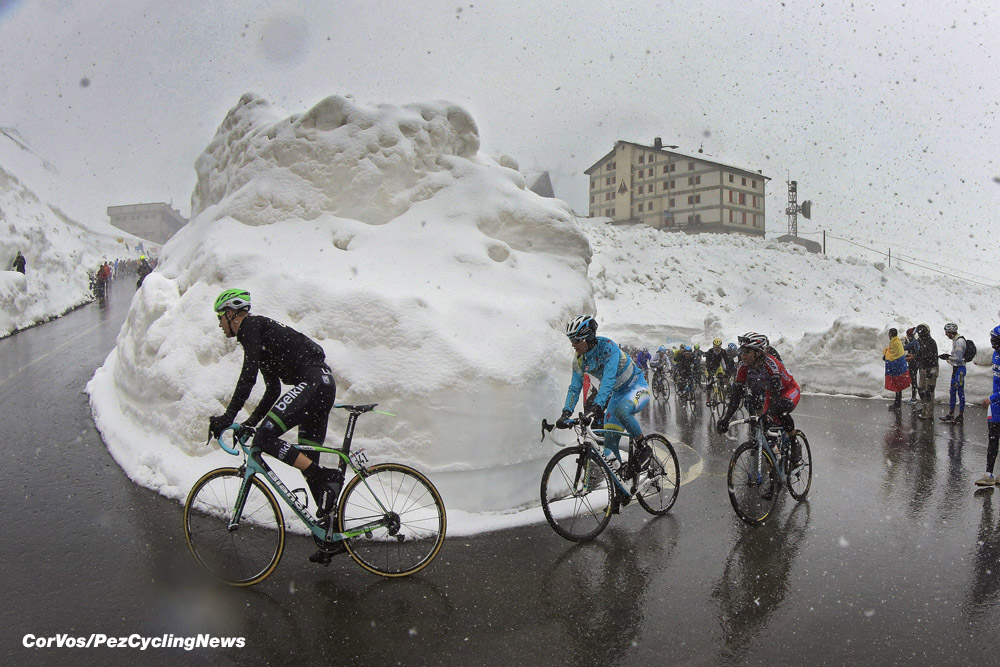