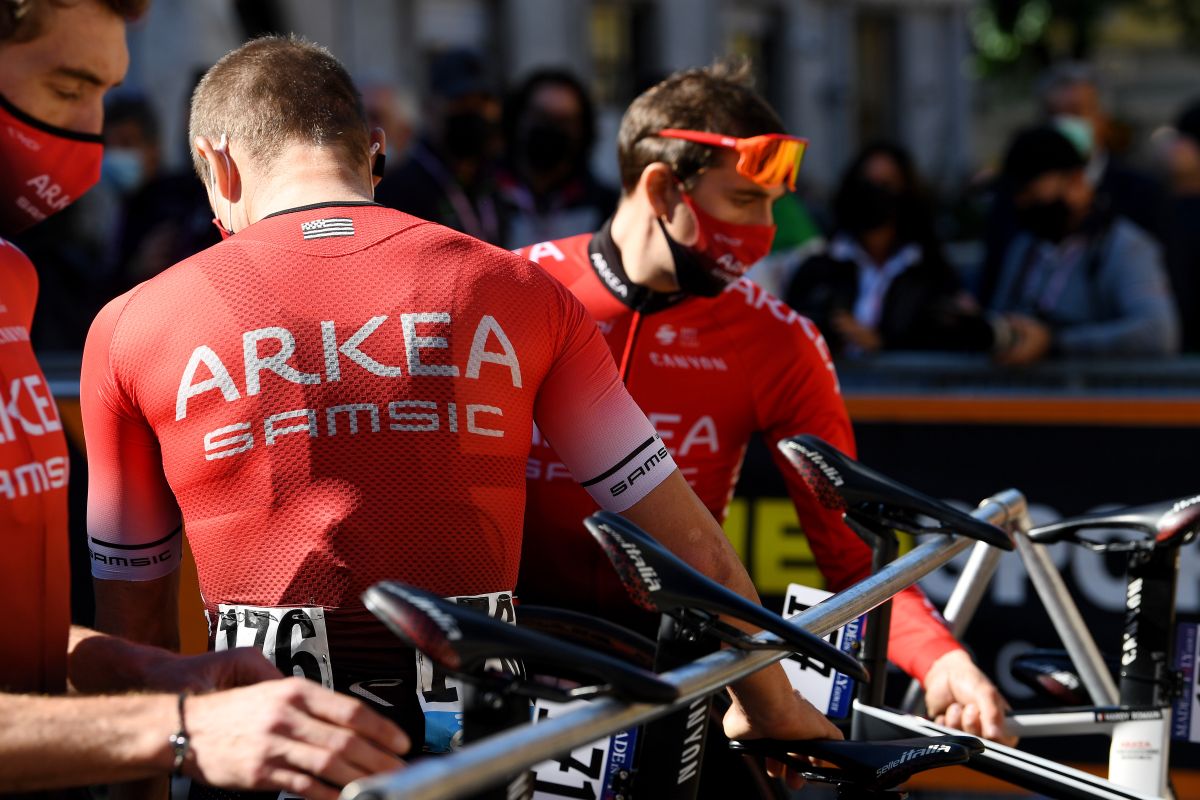 General manager of French second division team Arkéa-Samsic says they are “at the gates of the WorldTour” for this coming season as they look to make the step up in 2023.

The team of Colombian star Nairo Quintana will be invited to every one of the UCI WorldTour races in 2022 thanks to them finishing second in the ProTeam division this season just gone.

In 2021 it was just Alpecin-Fenix who were given an automatic invite but due to Qhubeka-NextHash’s WorldTour licence being refused by the UCI it means that two teams are eligible to be riding in every one of the top tier races with Peter Sagan’s TotalEnergies being invited to every WorldTour one-day race.

Reported by Tuttobici, Emmanuel Hubert, general manager of Arkéa-Samsic, said: “We have gradually overcome many levels to arrive in 2022 at the gates of the WorldTour with the possibility of participating to the entire calendar of the first division teams thanks to the second place in the ProTeams 2021 ranking.

“We will continue to move forward following this philosophy, because it is the right way for the team to continue growing.”

Last year the team missed out on a wildcard entry to the Giro d’Italia, which Quintana was hoping to race and try and win for the first time since 2014. The Giro organisers decided to go with all Italian teams instead.

“The 2022 season promises to be a year of discovery for us and a run-up to performances that will be necessary to be definitively one of the 18 teams that will be part of the WorldTour in 2023. This is our common and shared goal,” Hubert added.

The team based in the French region of Brittany took 10 victories this season with two going the way of Quintana at the Vuelta Asturias along with a couple from Yorkshireman Connor Swift as well as Bretagne rider Warren Barguil.

But the highest profile win was a stage at the Volta ao Algarve from Élie Gesbert with the rider also finishing fifth overall.