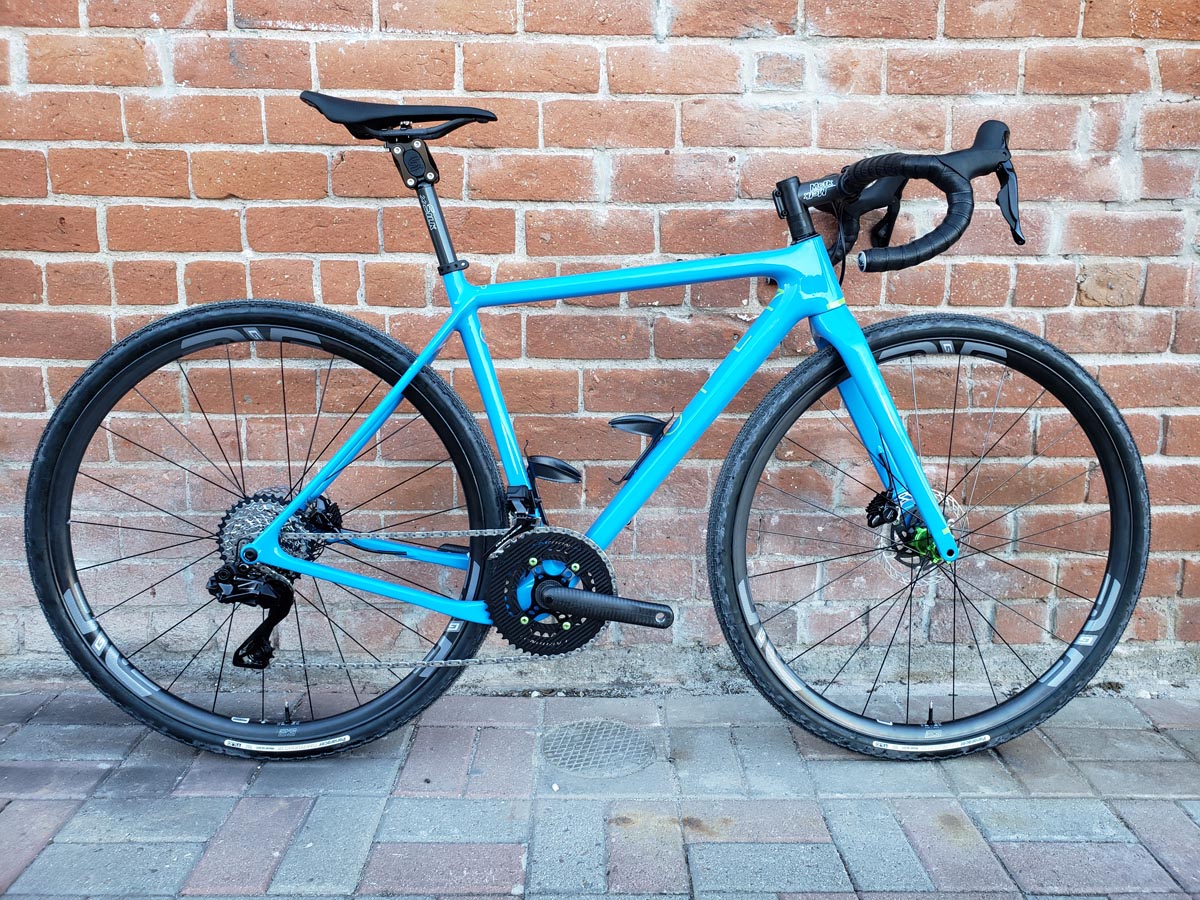 In addition to the Shimano Dura-Ace 9200 Di2 group on the scale, Fair Wheel Bikes also had something else to share with us this week. Namely, a 12-speed road drivetrain with components from four different manufacturers. The result is a very light Open Up with an interesting mix of drivetrains. 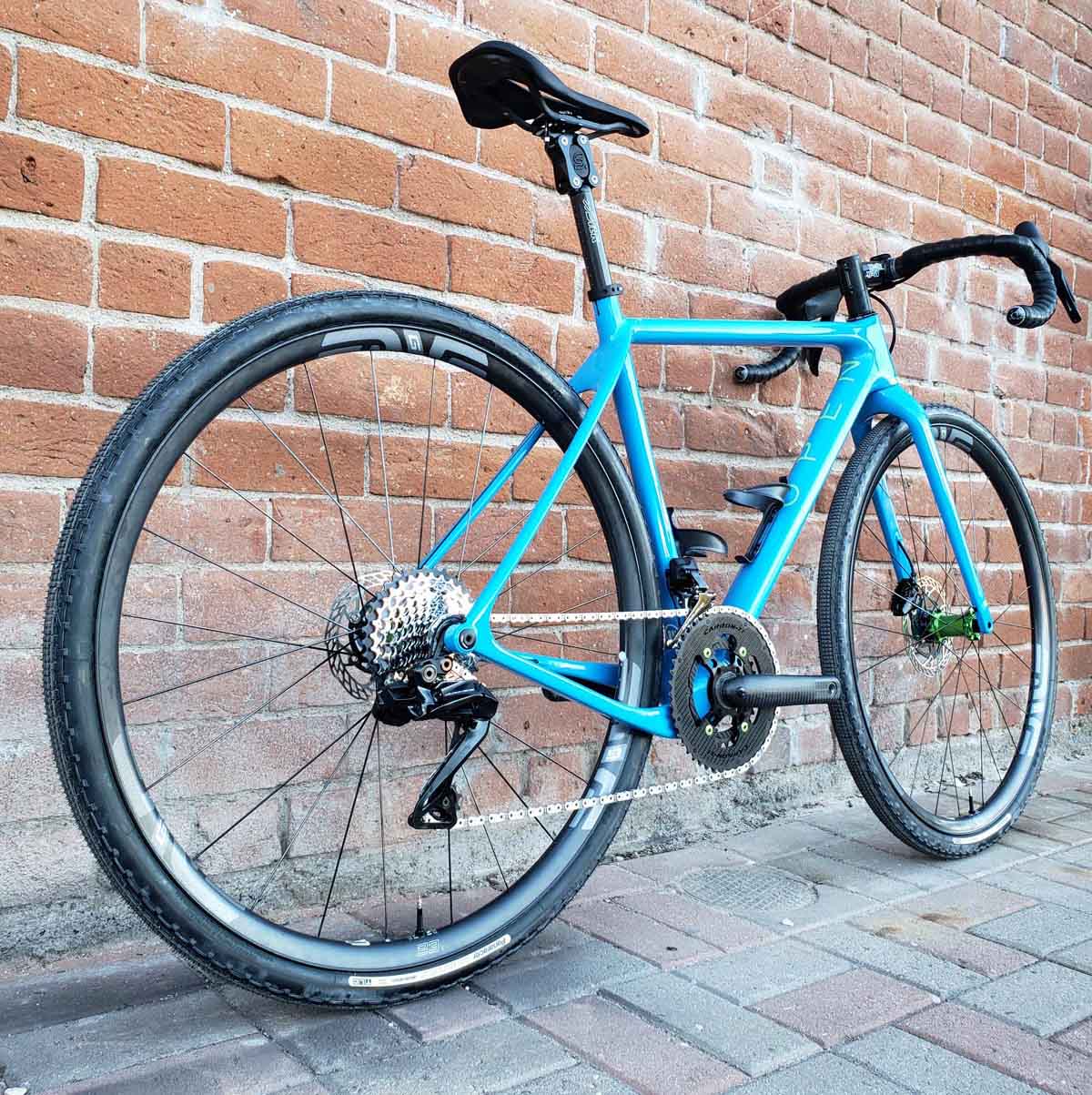 Why would you want to combine these different groups rather than selecting one complete drivetrain? According to Fair Wheel Bikes, it was all about that gearing.

“We just finished an Open UP gravel bike which on its own is nice but what makes this one special is that we mixed Dura-Ace 12 speed and SRAM XPLR/Red stuff to get a good gravel gearing. We also tested different cranks and rings with the Dura-Ace stuff to see what worked and what didn’t. Ended up with a 48/33t [chainring] and 10/36t [cassette] for gearing, which in my mind is pretty ideal for gravel.” 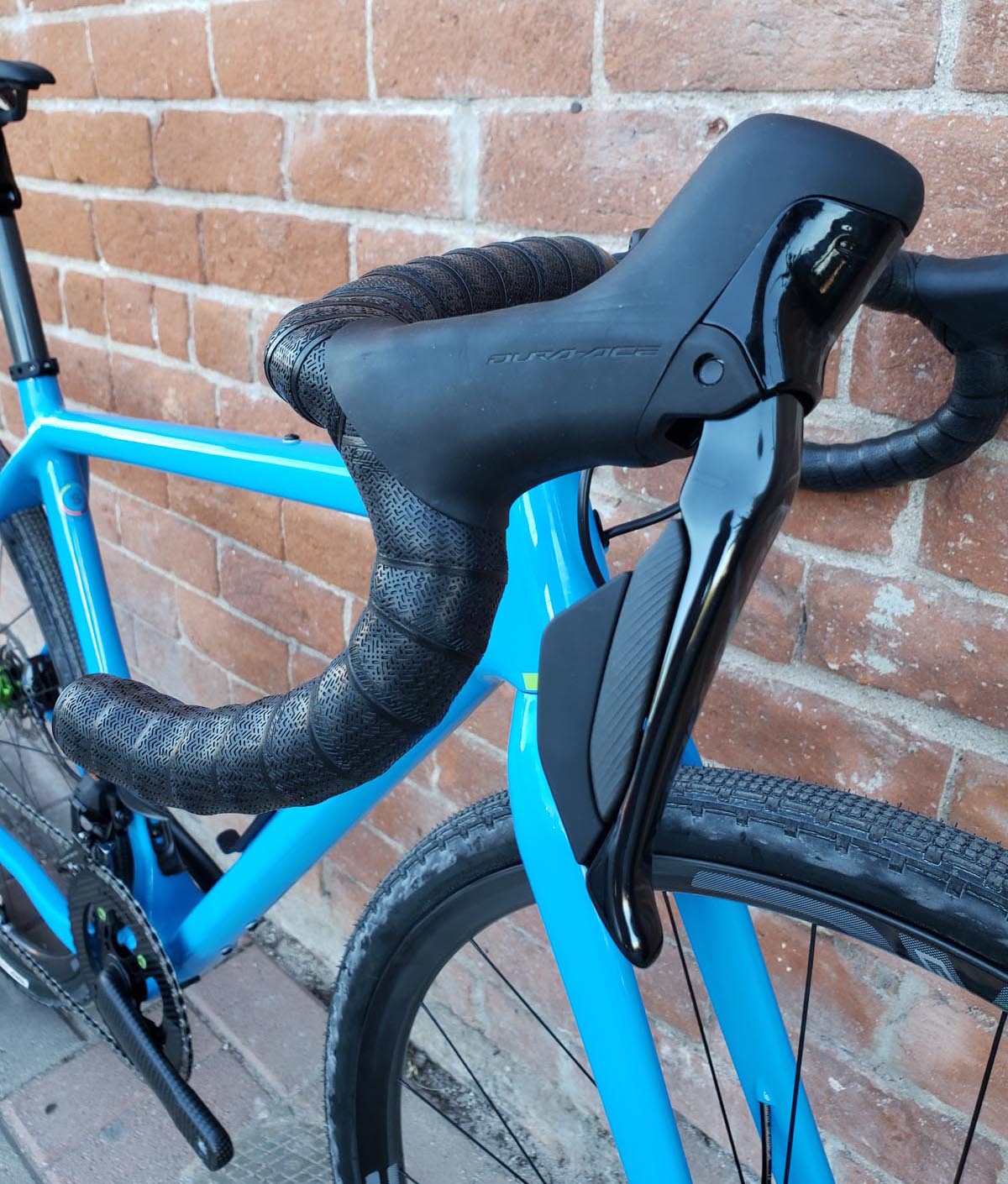 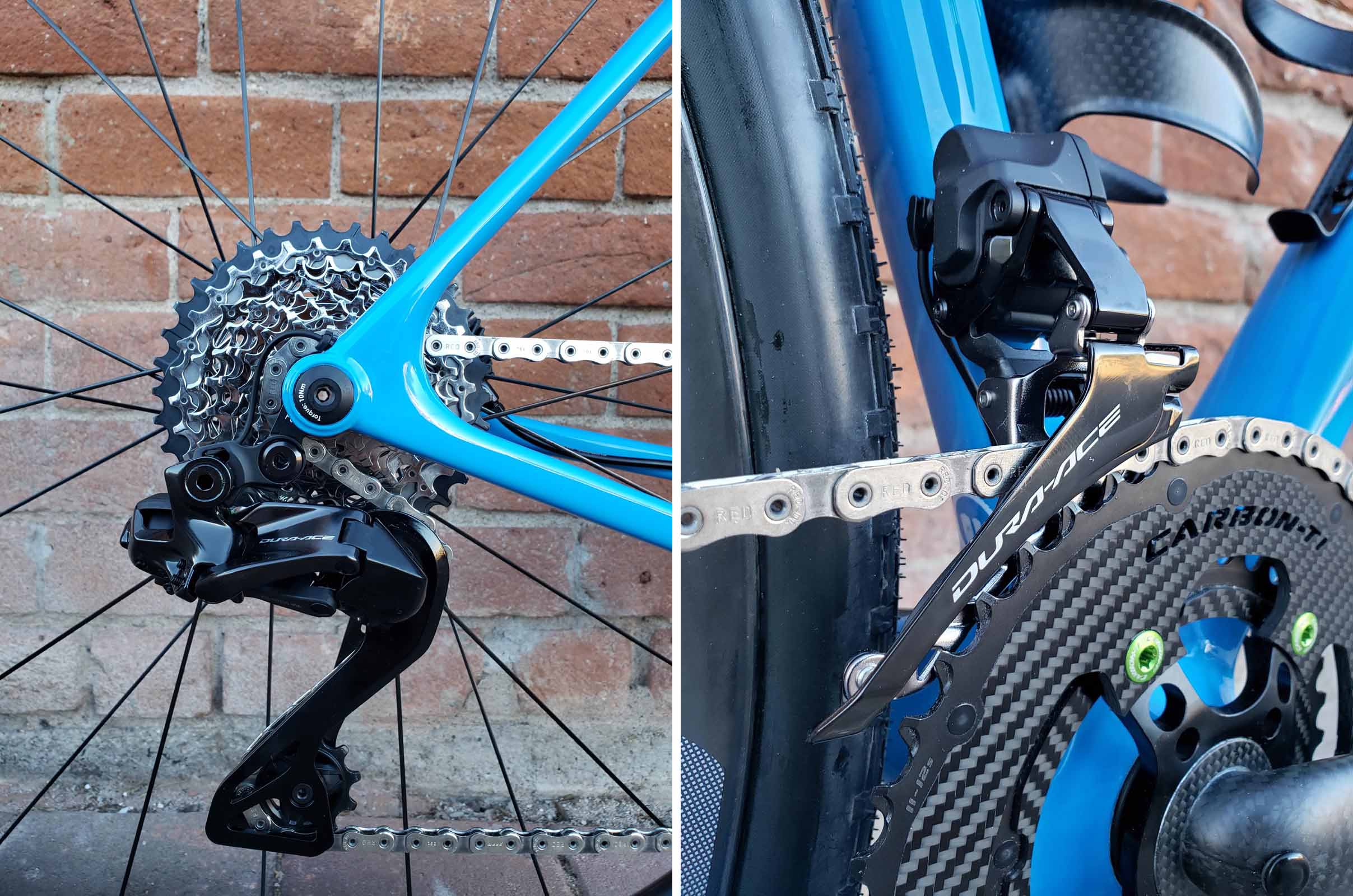 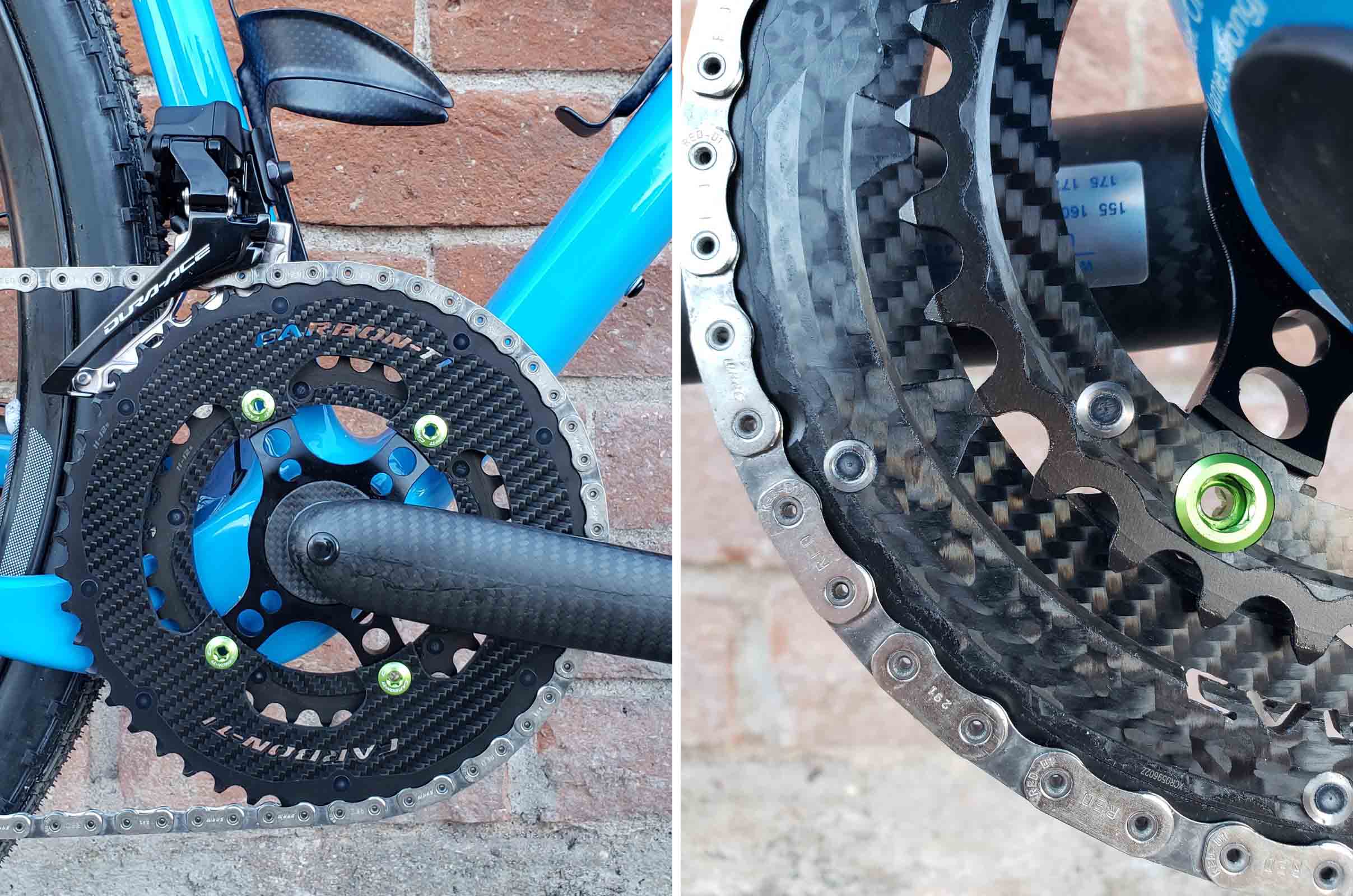 The drivetrain is made up of Shimano Dura-Ace 9200 shifters and derailleurs, a SRAM Force XPLR 10-36t cassette with RED Flattop chain, and a Lightning carbon road crank with 48/33t Carbon-ti chainrings. Fair Wheel claims to have tested the system enough to verify that the shifting works well while providing a 48-10t high gear, and 33-36t low gear for extra help up the steep bits. 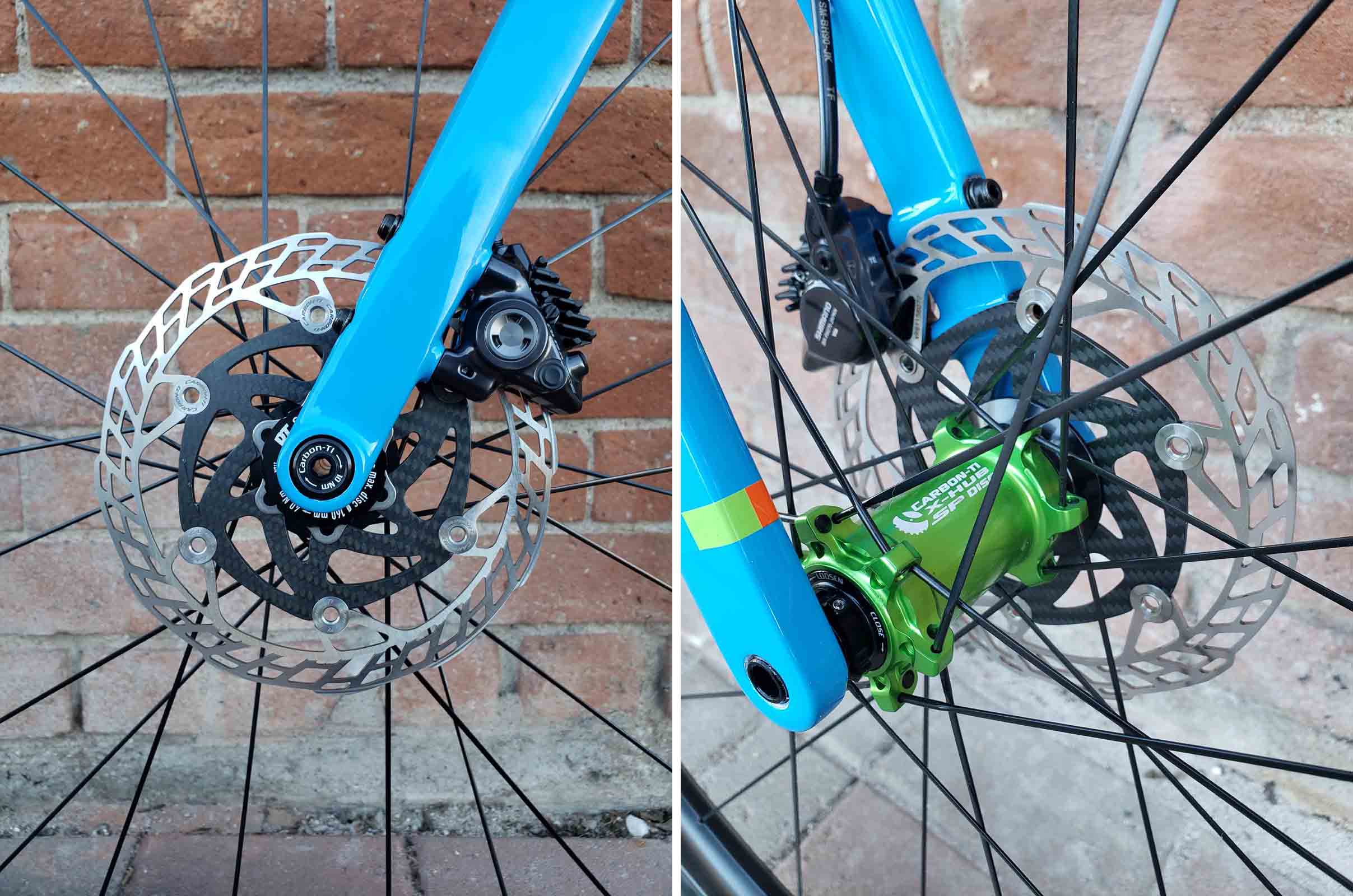 While the brake calipers are the standard Shimano 9200, they clamp down on Carbon-Ti 160/140mm rotors mounted to Carbon-Ti Centerlock hubs. 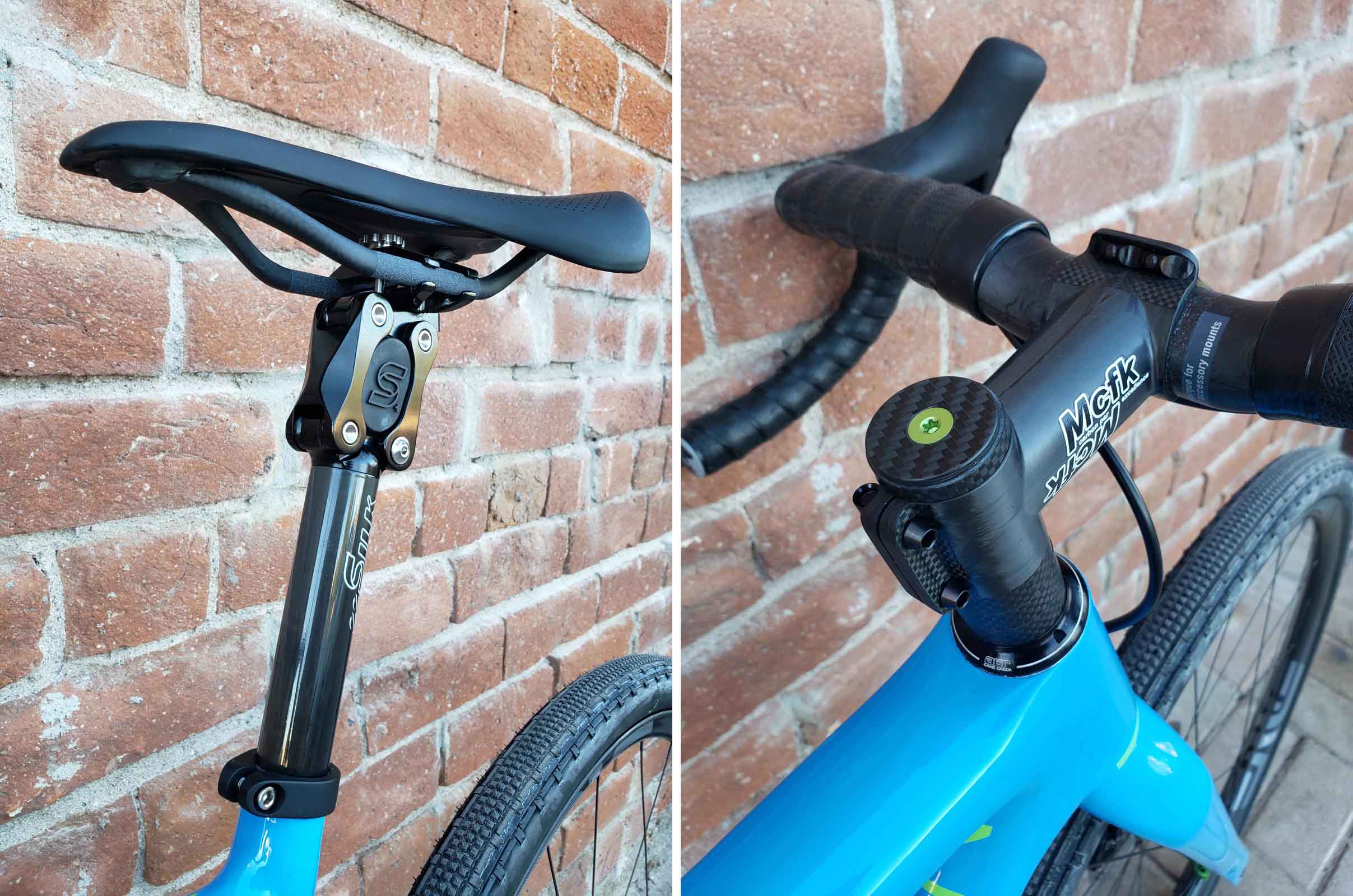 The build may feature some of the lightest parts out there, but that hasn’t stopped Fair Wheel from including the Cane Creek eeSilk+ carbon suspension seatpost. Additional cockpit components include an Mcfk carbon stem, FSA K-Wing AGX carbon handlebar, and a Specialized S-Works Phenom Saddle. 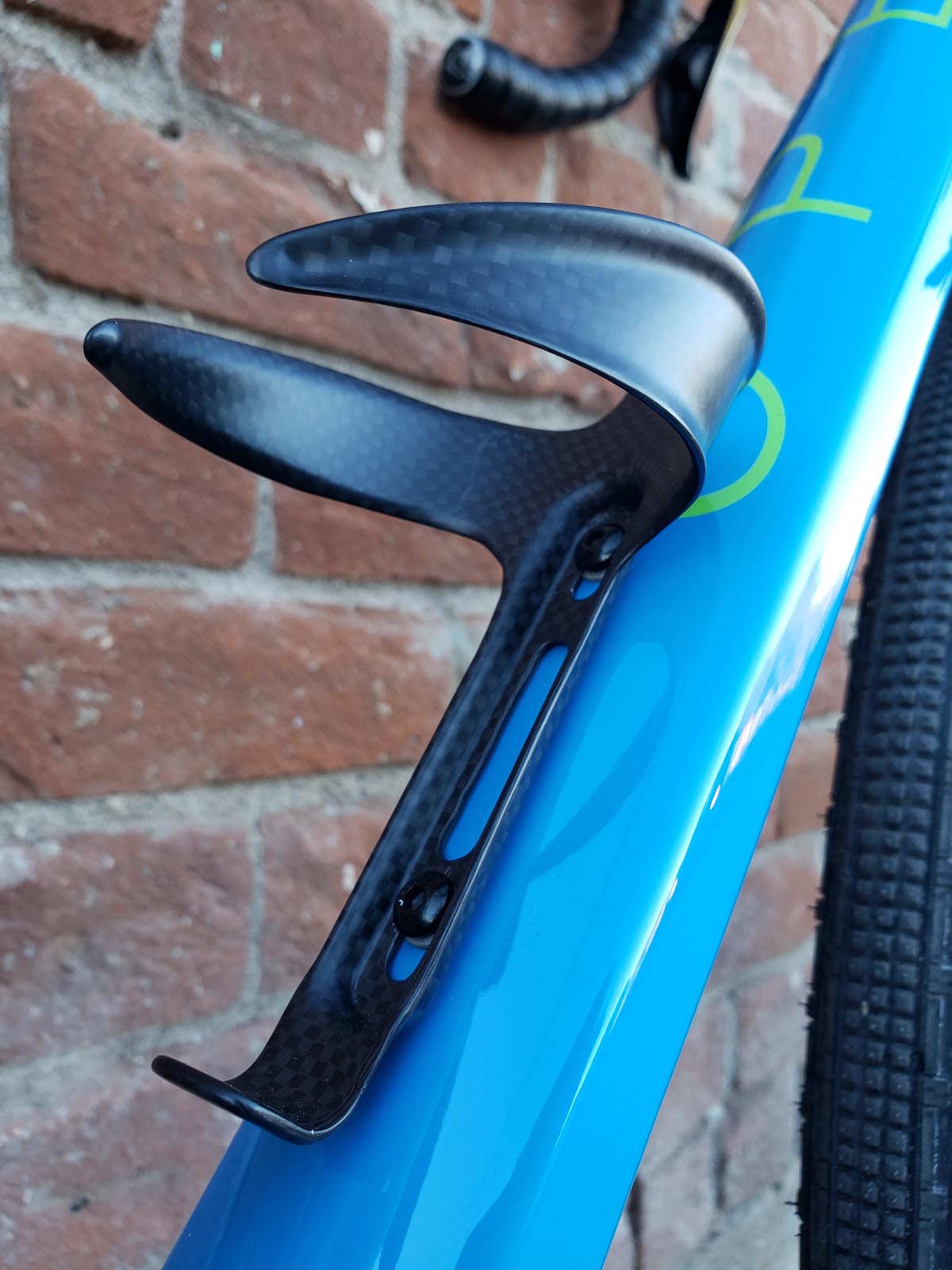 The build is finished off with Fair Wheel’s own V2 Carbon water bottle cages and tubeless valves. The cages weigh in at 22g each, and are available in 3k weave or UD carbon finishes, both in matte or gloss finish for $35 each. 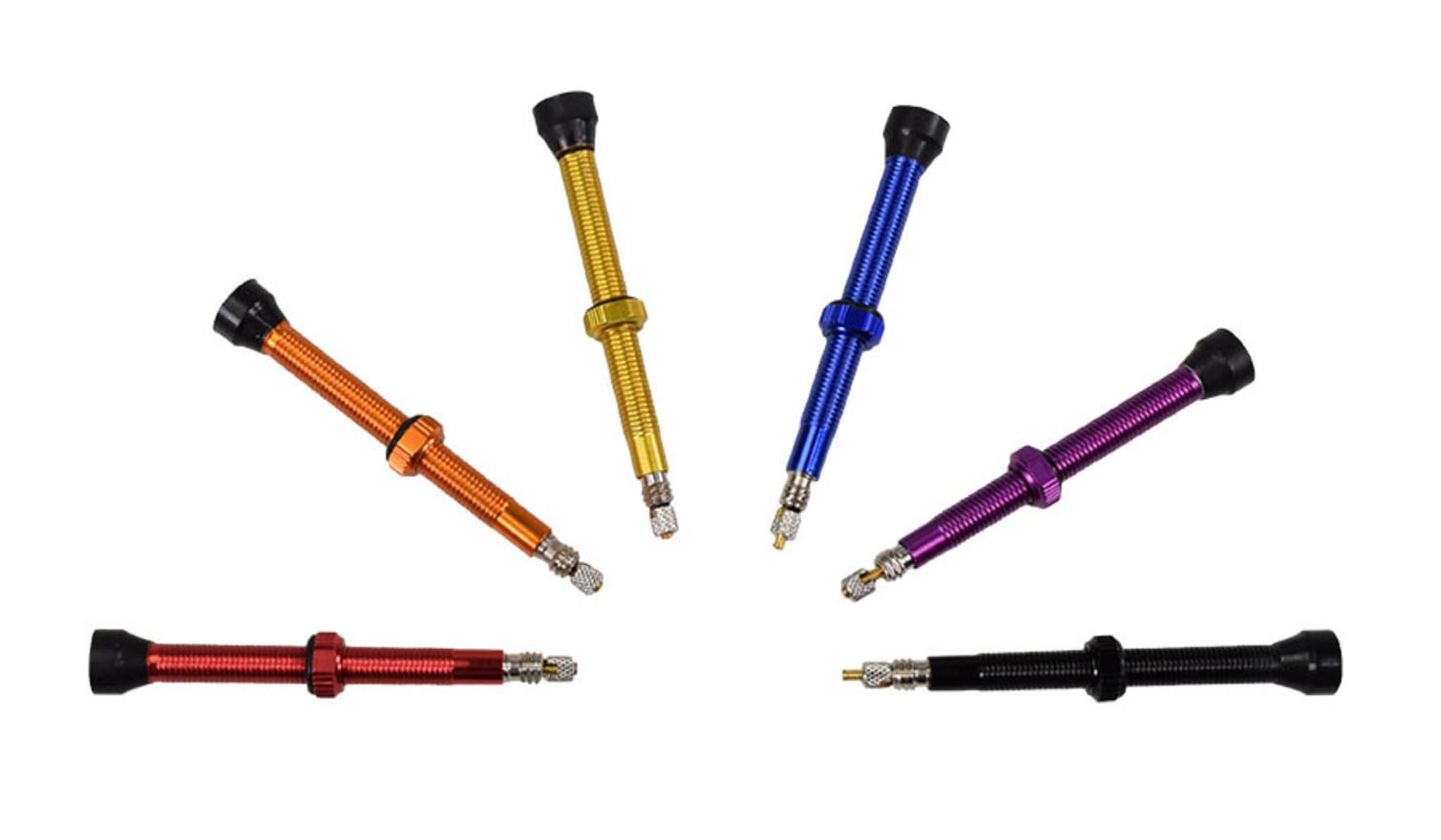 The valves are offered in 48 or 60mm lengths, and in six colors. They look to be fairly basic aluminum bodies with a brass valve core, but they’re also attractively priced at $7.50 for each valve and weigh just 4.6 or 5.1g respectively. 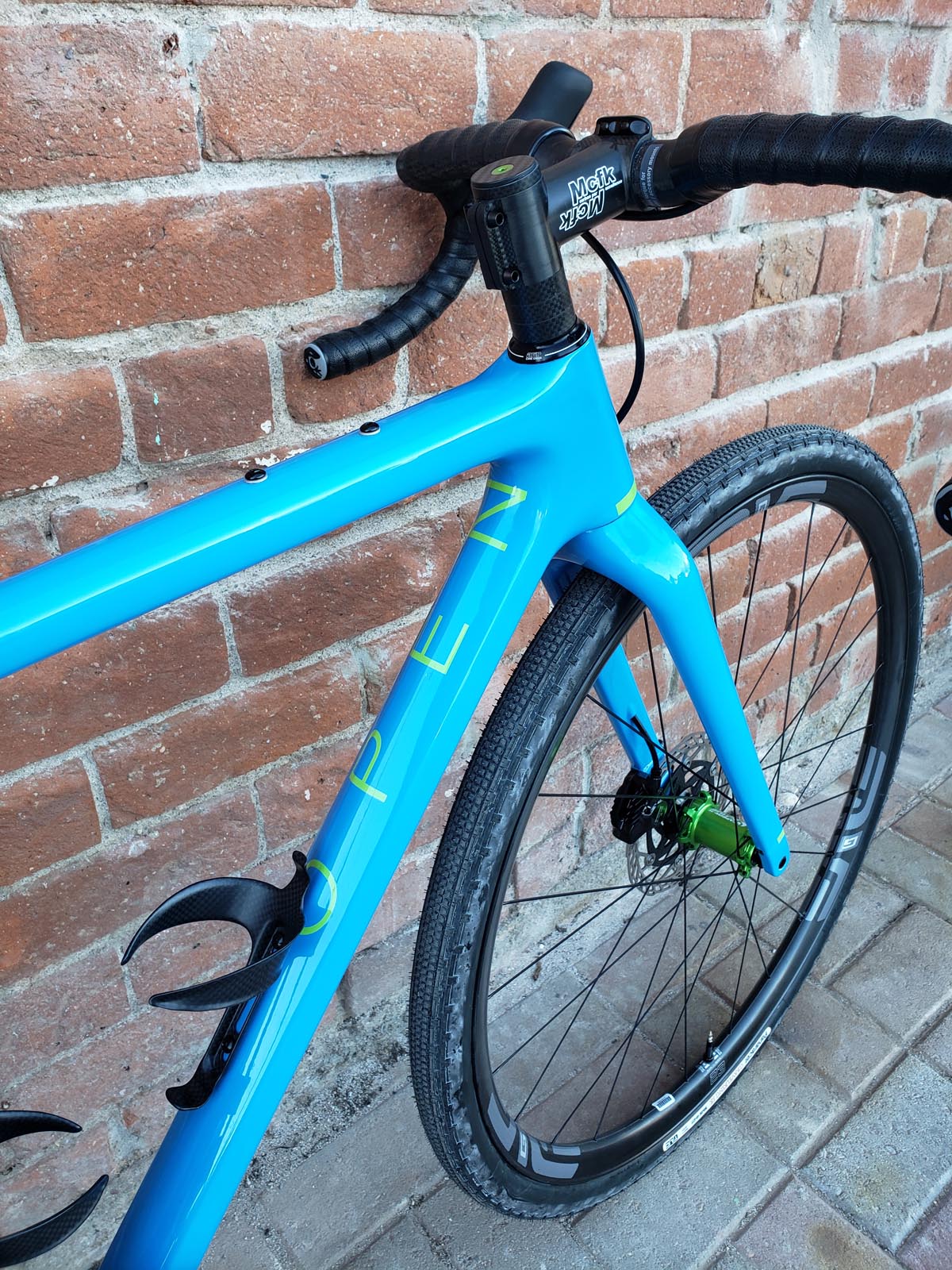