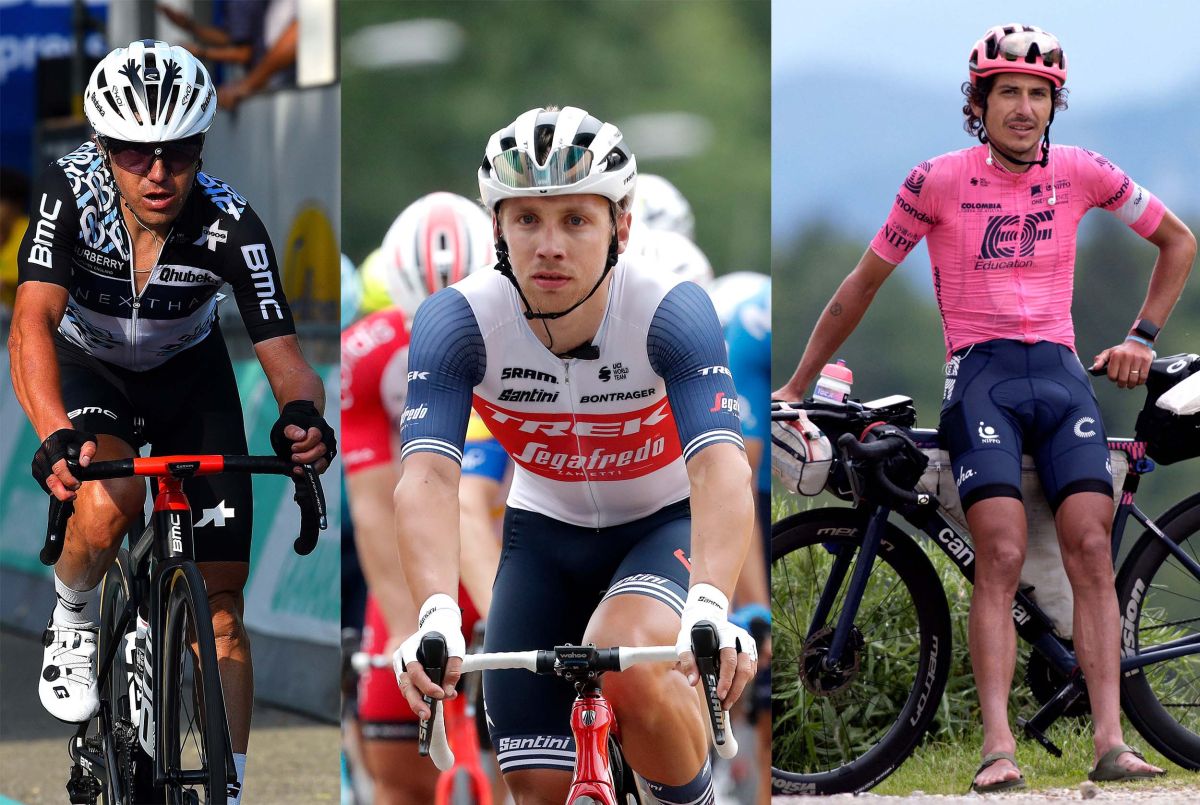 We are approaching the end of 2021, and there are still some big names out there who have not yet secured a contract for 2022.

Most of the stars of the peloton have been secured, with a flurry of announcements in recent days, but with a lack of racing and time left for negotiations to be completed, there are still some WorldTour professionals without spots next year.

Some of the below could have signed a contract already, but are yet to announce it, but some are hanging on the precipice, looking like it might either be retirement or a step back from the top level in 2022. This isn’t an exhaustive list, there are a number of riders still waiting for that phone call to confirm a spot for next year.

Probably the most high-profile rider without a contract for 2022, Domenico Pozzovivo has said that he doesn’t have a “plan B” should Qhubeka-NextHash fold at the end of the year.

The Italian has twice finished in the top five at the Giro d’Italia, as well as winning a stage at the same race. He has been a professional since 2005, but has been at the South African team for just two seasons.

Earlier this month he said: “It wouldn’t be good if it doesn’t happen but I don’t have a Plan B, so there’s a risk I might have to retire.”

Lachlan Morton might now be better known for his exploits away from professional cycling than in the peloton. The 29-year old rode the entire Tour de France route (including the transfers) solo and unsupported, before the yellow jersey reached the Champs Élysées.

His “Alt-Tour” raised hundreds of thousands of pounds for charity, but he has not been given a new contract by EF-Education Nippo for next year. Not yet, anyway.

In professional racing, Morton has won the Tour of Utah overall in 2014, and also four stages at the same race. The Australian’s prowess at riding in the US has not translated into results on the WorldTour, however.

Fernando Gaviria’s long-time lead-out man Maximiliano Richeze is yet to be offered a ride for the 2022 season, as far as we know. He might not have a weight of personal results before him, especially not in recent years, but it is his partnership with Gaviria that has brought success.

Together since Richeze joined Etixx-Quick Step in 2016, the pair have won multiple grand tour stages together, including two at the Tour de France in 2018. Richeze switched over to UAE-Team Emirates with his Colombian partner in 2020, but results have not come easy since then.

It might be that the team are moving away from sprint trains and focusing more around Tadej Pogačar, but Richeze could be a good bet if someone wants experience in the finales of flat stages.

Another 38-year old without a contract for the 2022 season is Marcus Burghardt.

The German classics man won a stage of the Tour de France in 2008, but has been a central part of Bora-Hansgrohe’s Spring campaign squad in recent years. He was the team’s highest finisher at the Tour of Flanders in 2021, finishing ahead of teammate Peter Sagan, in 14th.

With Sagan leaving Bora at the end of the year, Burghardt’s lack of a new contract might be part of the same move by the team to bring in some fresh faces. Along with the Slovakian, some of the riders that came to Bora with him like Maciej Bodnar and Daniel Oss also departed.

Sergio Henao is a rider also suffering following the uncertainty over the future of his Qhubeka-NextHash team. The Colombian was a key domestique for Team Sky between 2012 and 2018, and achieved some notable results along the way.

He finished 12th at the 2016 Tour de France, and won the general classification at Paris-Nice the next year, becoming only the second Colombian to do so.

2021 was his first year with the Qhubeka team, and he rode the Tour and the Vuelta a España largely anonymously, although he is still only 34.

“If this situation continues, I think this will be the end of my professional career. Maybe it’s time to move on to a new phase in my life,” Henao told Colombian newspaper Teleantioquia Noticias on Monday.

Former Eritrean national champion Natnael Berhane looked like one of the most promising riders to come out of Africa’s cycling heartland.

The 30-year old won the Tour of Turkey at 22 in 2013, but has failed to kick on at WorldTour level since then.

In 2021, he rarely finished in the top 50 of races that he competed in, and his last win was the national championship road race in Eritrea back in 2019, before the pandemic was even a thought.

After three years with Cofidis it looks like the time might be up for him, although he would still be a great domestique option for many teams.

British rider Charlie Quarterman was let go by Trek-Segafredo after his first two seasons with the team. They were impacted massively by the pandemic, obviously, and Quarterman has struggled with crashes and resulting concussion which affected his 2021 season.

He is still currently without a team, but told Cycling Weekly that a deal might be imminent: “There is one team I’m waiting for in particular and if that comes off it would be a pretty amazing opportunity”.

The crashes and concussion limited his race days earlier this season, but Quarterman proved his value to the team as a domestique later in the season. By then, however, it was too late, and contracts for 2022 had already been signed.