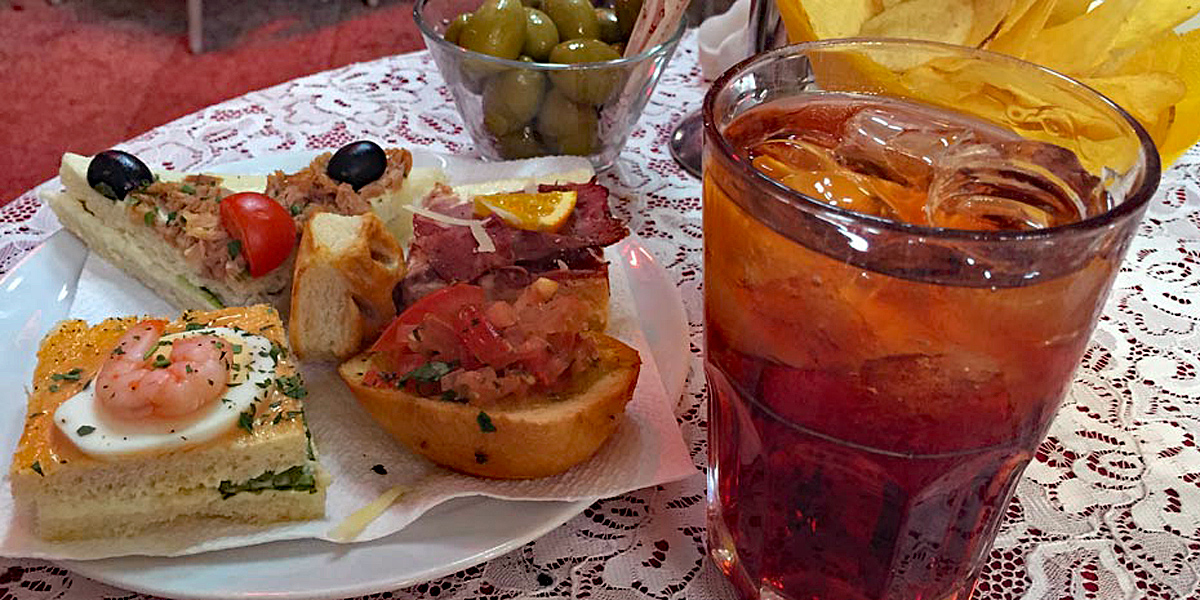 Richard ‘The Pez’ Pestes’ love of the negroni is well known, so for Christmas day he has taken a look back at three of his more memorable negroni experiences in three different places – Milan, the French hamlet of Saint-Pierre-d’Albigny, and Geneva. 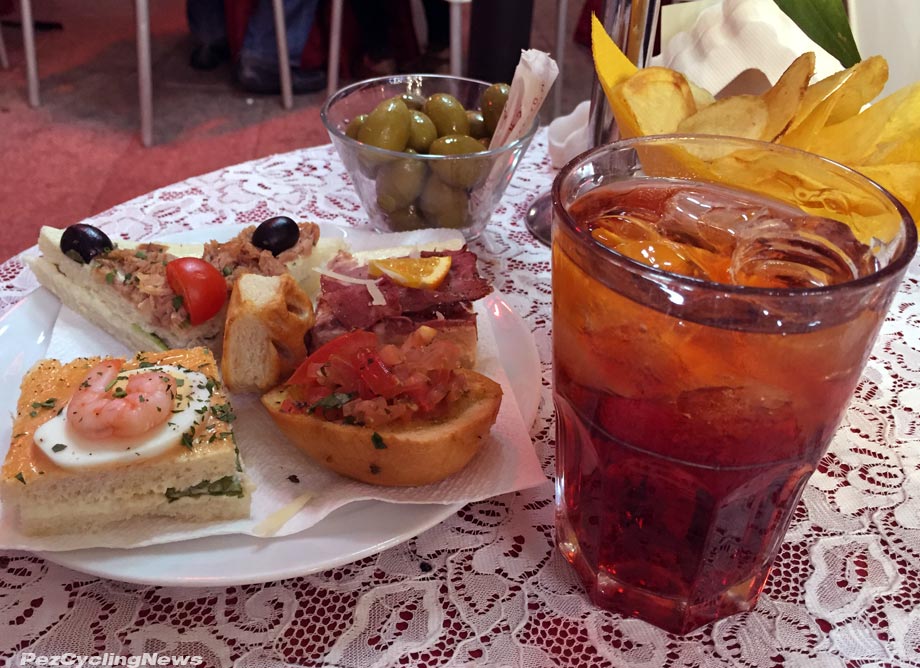 When it concerns a cocktail I’ve consumed far more than my fair share of.  After at least 15 years of drinking negronis, it’s also fair to say this is one love that’ll be with me forever – and not unlike that first love of my life (aka Mrs. Pez) each sip of this crimson nectar is as satisfying as the first. 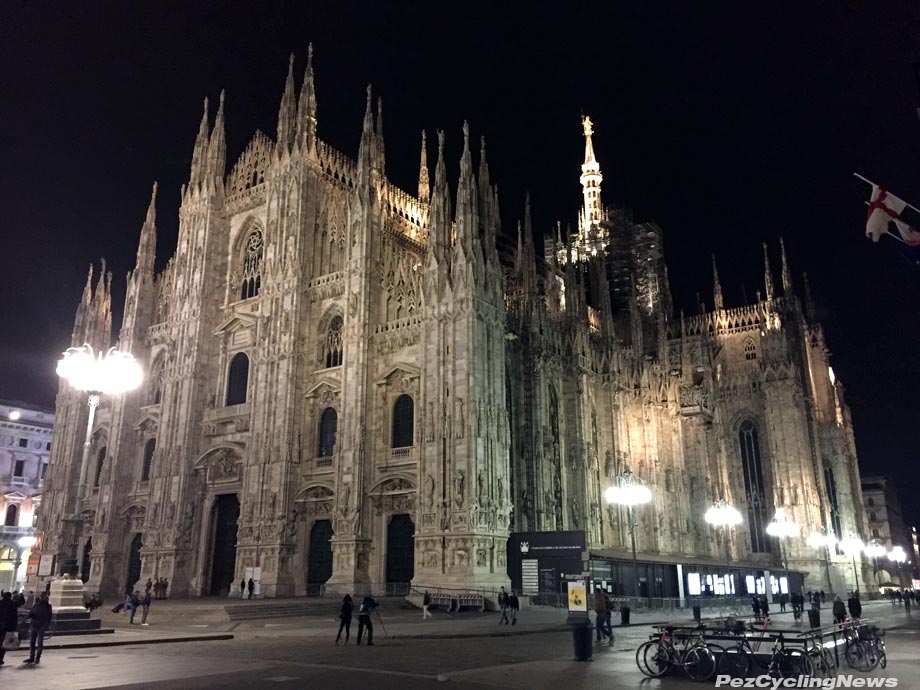 Milano – Late September
Landing in a 9 hours ahead time zone after a cross-globe flight is no easy task, unless you step off the plane in Milan with enough time to check into the hotel and shower before cocktail hour.  After the obligatory espresso and stopping in a few shops as “requested” by Mrs. Pez, it was time settle into one of my favorite bars near the Duomo for a tall (that’s it in the photo above) negroni and easing into the local lifestyle, where observing the evening’s “passagiata” is one of life’s simple pleasures.

This evening in late September the air was crisp & fresh, and enjoying the a streetside cafe scene is – as always – enjoyable.  They do snacks right in this town, which helps make the 12 euro tab for one drink a little easier to swallow.  But I consider the investment a small price to pay for the kind of entertainment I simply can’t get at home, including my waiter’s recommendation for a new restaurant specializing in excellent Milanese cuisine. 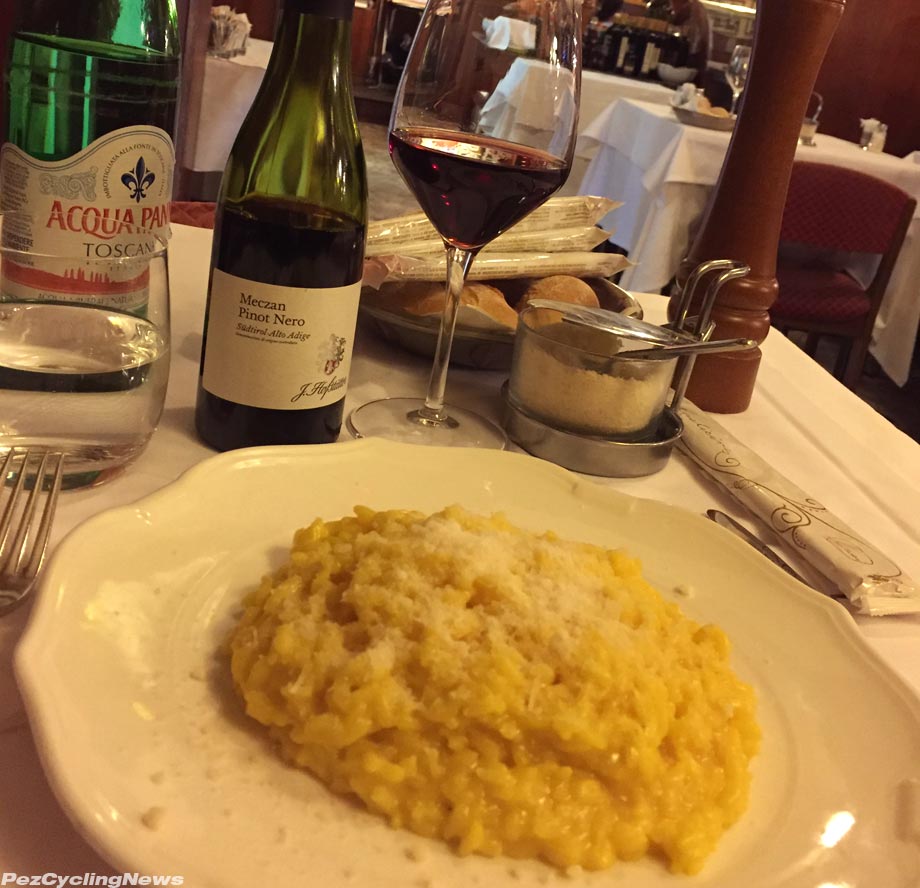 On the walk home after an extremely satisfying meal of risotto Milanese, bistecca con pepe verde, and spinaci con burro, I stumbled upon the newly re-opened Bar Camparino in the Galleria Vittorio Emmanuale.  How I’d missed this ode to all things Campari was a mystery, but even more disappointing was the invitation-only event being held this night.  I’ll be sure to report on this one next time I’m in town. 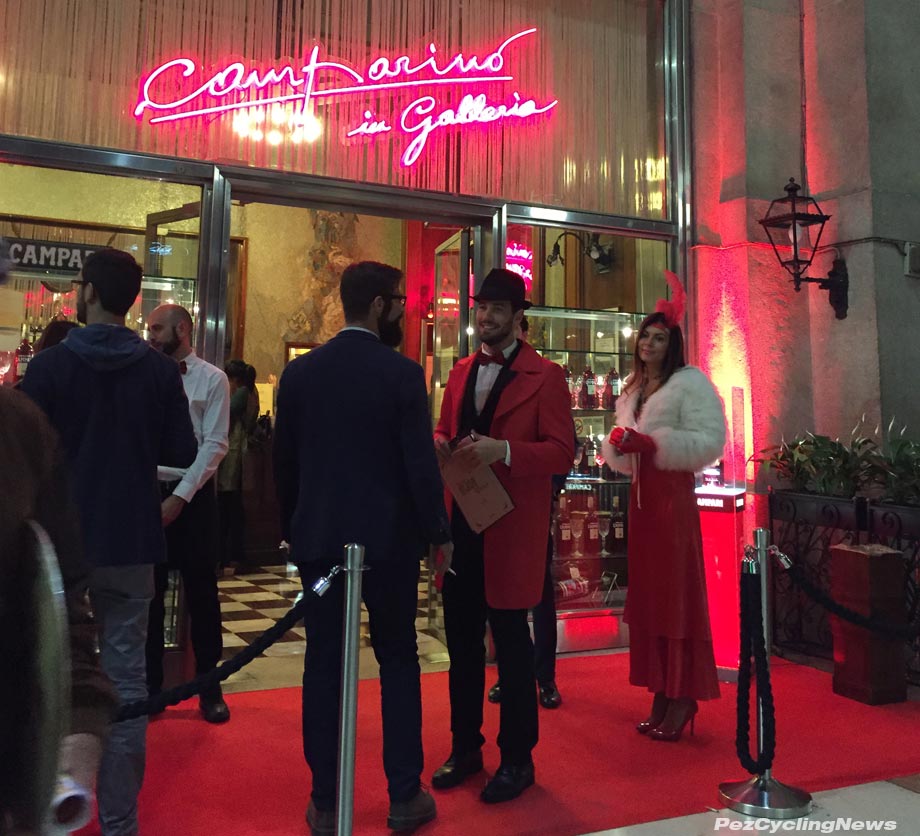 To The ALPS!
My summer trip in 2016 was a much overdue visit back to France to ride some of the classic climbs of le Tour, as a guest on Velo Classic’s French Alps trip.  Peter Easton started his luxury travel company just about the same time I started PEZ, he took small groups where everyone gets the attention & service they deserve, unexpectedly luxurious hotels, and an attention to enjoying the best of local cuisine that makes meals a hilite of every day. 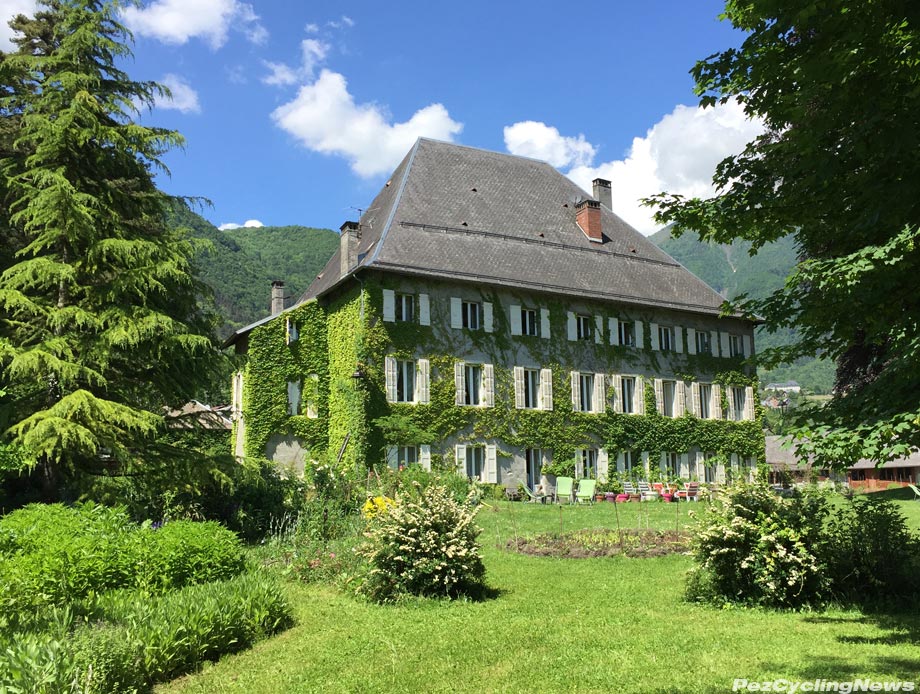 Our stay at an undiscovered chateau in the valley between Albertville and Chambery was right out of the helicopter view from any stage of the Tour de France tv coverage – you know the kind of place.  Originally built in the 11th century, this had been updated and modernized over the years to its current life as a lodge that had a Downton Abbey meets imperial France sort of vibe – soaring ceilings, a grand staircase, tiny doorways, and a stunning view of the valley, seasoned with the two resident dogs who were best friends with everyone. And a bottle collection that once held medicinal tonics finding new life as the perfect backdrop to the dining room… 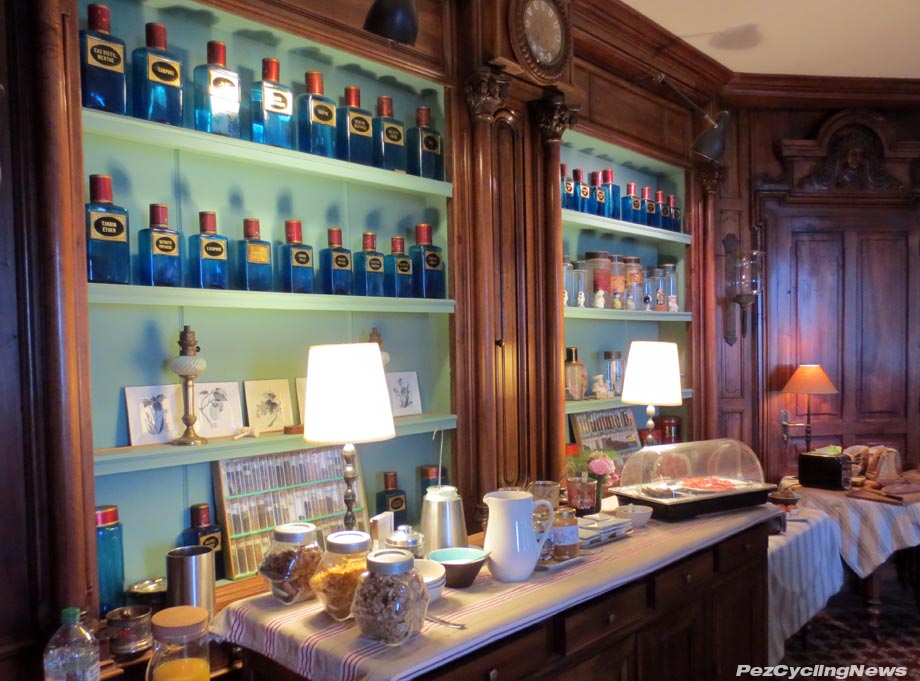 One of the owners is a renowned chef, whose focus is on the delicious wines of the region, but the one thing missing was a respectably stocked bar. 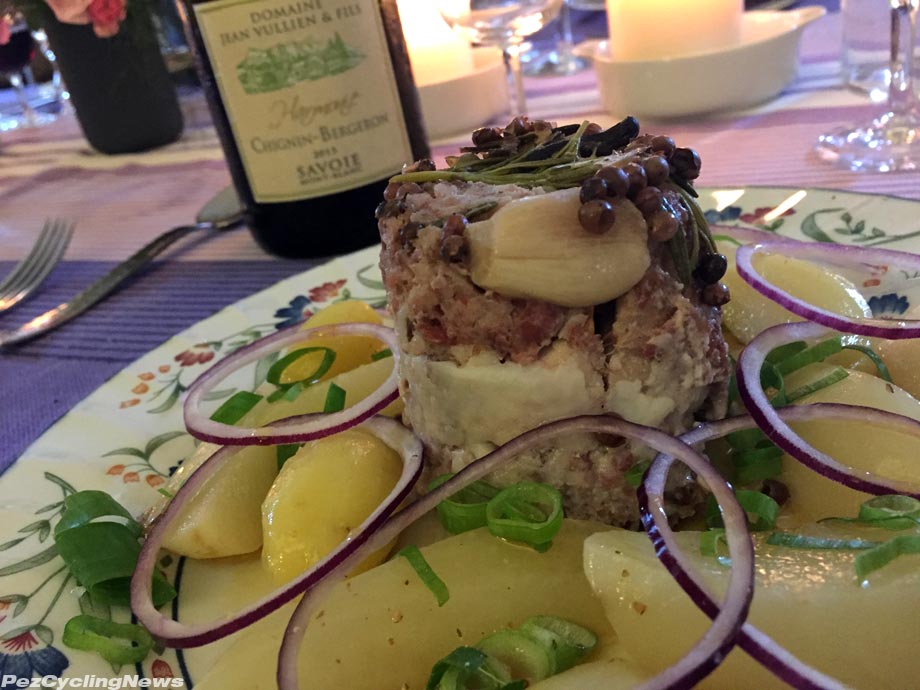 My request for a negroni was met with a matter-of-factly French correction that “we don’t serve cocktails”.  Going without for a day was as much roughing it as I was prepared to endure, so I picked up some gin, Campari and martini rosso the next day at a local Carrefour after climbing the Galibier. 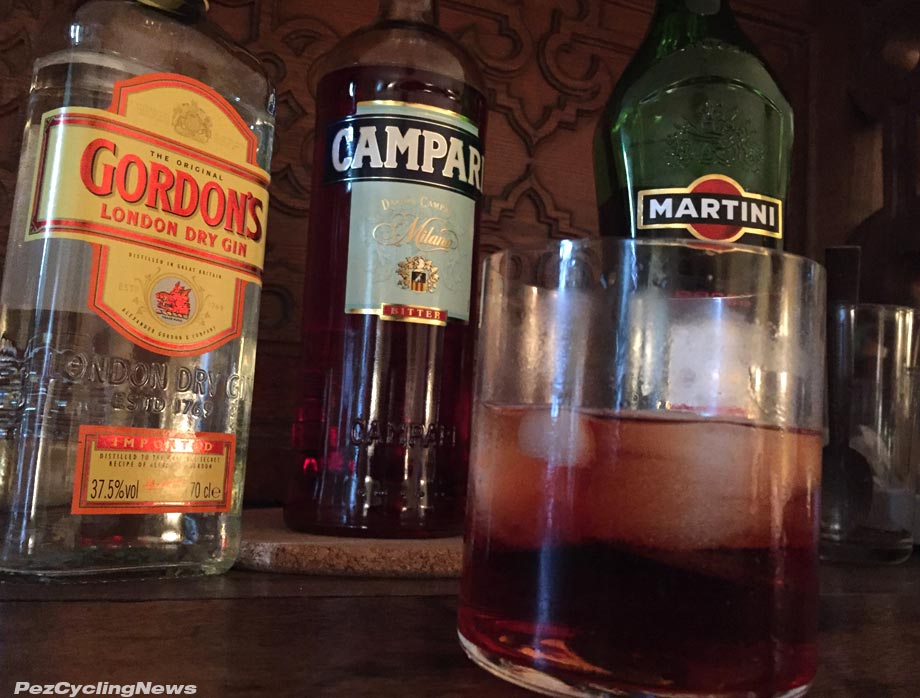 My own “poured by Pez” negronis were duly served in the library at 5:00pm, and I found myself once again introducing another guest to his first one.  He liked it.

GENEVA
Time in Geneva is a sobering experience in how much things can cost in countries where making money is a national tradition.   It was my first time back to the Swiss city since chasing my first Tour in 1990, and I was excited to explore the city’s old town and see what gems I could find.  Traveling by myself is precious time away from Dad-duties to do basically whatever I want – without the fruits of my loins tugging at my pant legs.  At the risk of sounding like a travel-geek, I love exploring new cities by foot, and have discovered I can walk pretty fast when getting across a new town in search of food and drink. 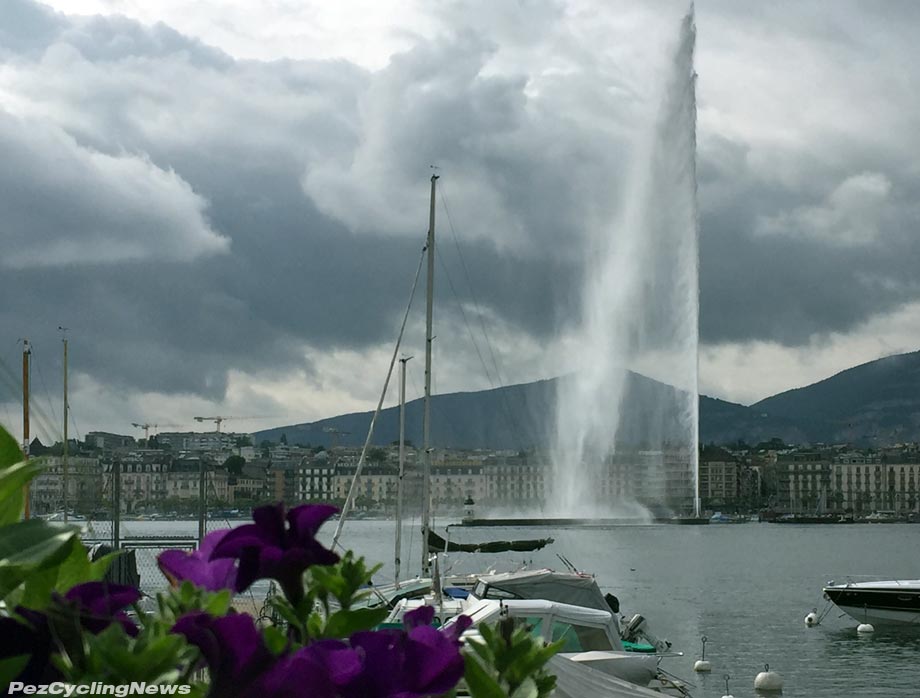 Geneva is a great city for such pedantic pursuits as it scenically wraps around the south end of Lake Geneva, has a good metro system and all the stuff you want is inside a couple kms radius around the historic old town whose tiny streets are filled with some great places to eat and drink, just above the city’s main shopping district. 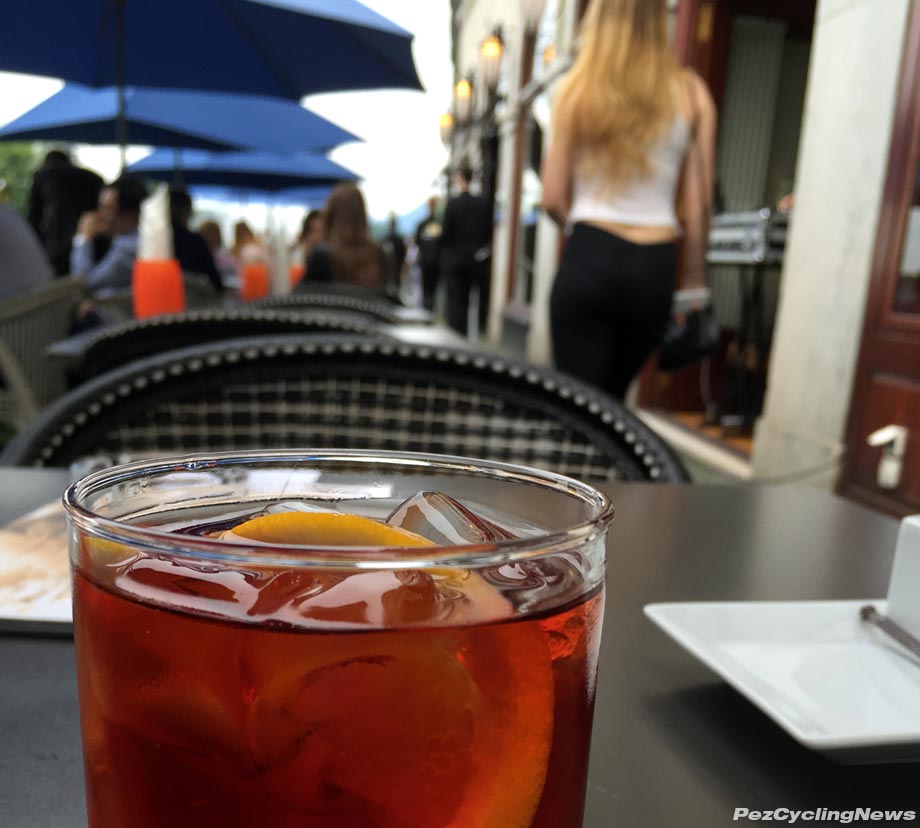 This one cost me 25 Swiss francs… but included the view at no extra charge.

My first night in town after 6 days of riding was a shocker though.  I quickly found some trendy bars along the lake side filled with stylish Swiss banker-types (or so I assumed) – it looked like a perfect place to enjoy negroni on a warm summer’s eve.  You should have seen the look on the waiter’s face when I tried to order one – he said they don’t serve them because they’re too expensive.  What?!

Then you should have seen the look on my face when he told me estimated the cost to be around 36 Swiss francs (at the time 1 SF = 1.25USD).  It turns out Swiss liquor laws are about as advanced as those in Vancouver,

I left in disgust and quickly made it my mission to find a more reasonably priced option. 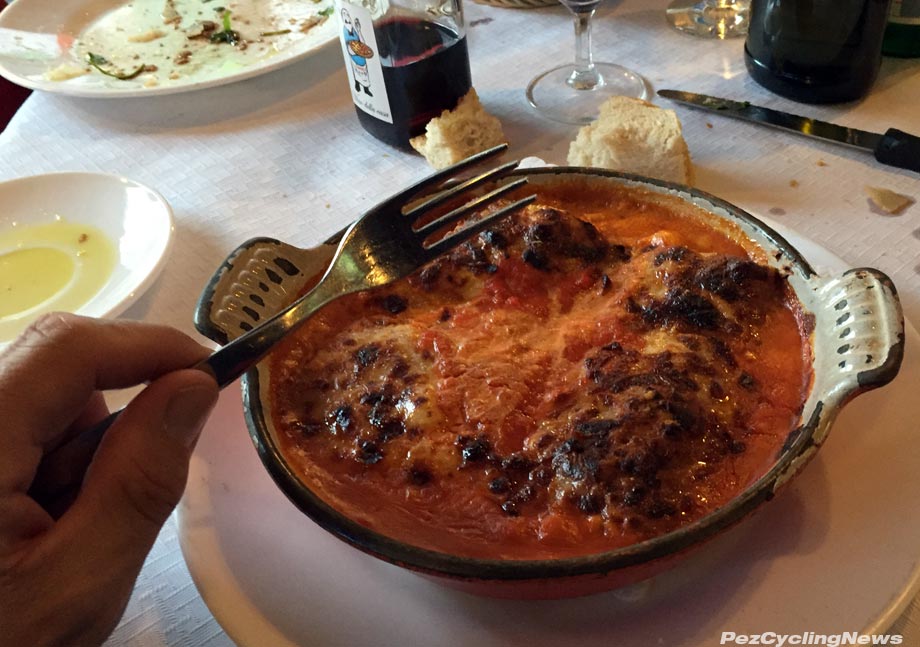 I was so pleased to find a relatively inexpensive but excellent Italian restaurant in Geneva – Trattoria da Tonino –  that I memorialized this amazing lasagna with this photo.

Eventually my efforts were rewarded at a bar where I’d resorted to showing the waiters a negroni recipe on my iphone – and received several bewildered looks, head shakes, and ruffled brows.  Finally a bar man who obviously knew his stuff responded with the golden answer: “of course I can make that for you – please have a seat – anywhere you like.”

The best part – this one only cost me 16 Swiss francs – and believe me when I say I enjoyed every franc’s worth.

I can’t recommend Geneva as a rival for negroni pouring in the motherland, but figuring this out was a good way to spend a day of my life. 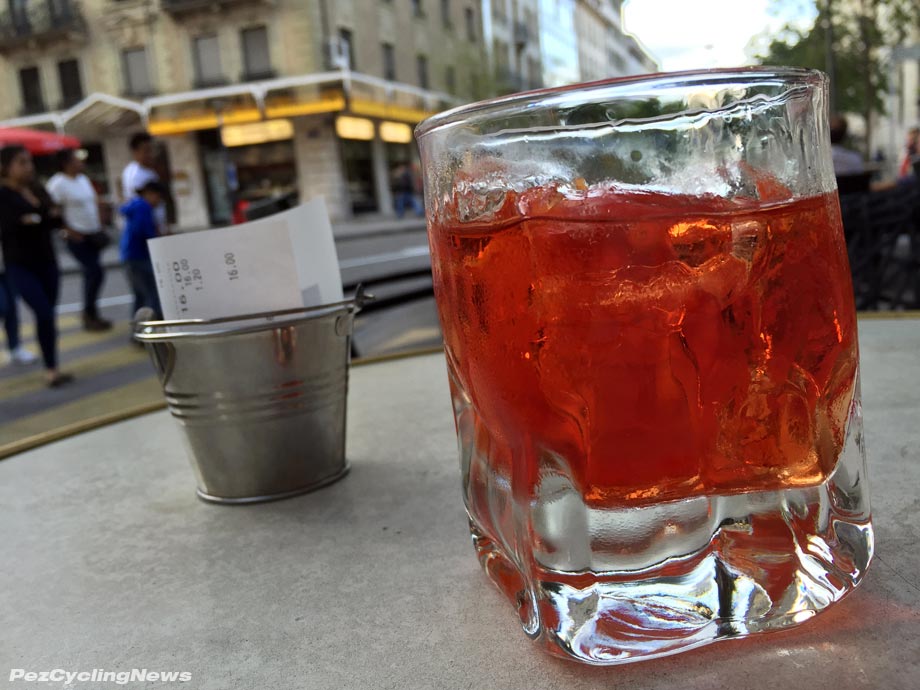 Of course I’ve had more of these delicious crimson cocktails than I can mention, (it’s almost a daily ritual at PEZ HQ), but I do love how these drinks – like any good cocktail should – each seem to be served with a story to make them that much more memorable.

Thanks again for reading and by all means – let me know your own negroni stories.