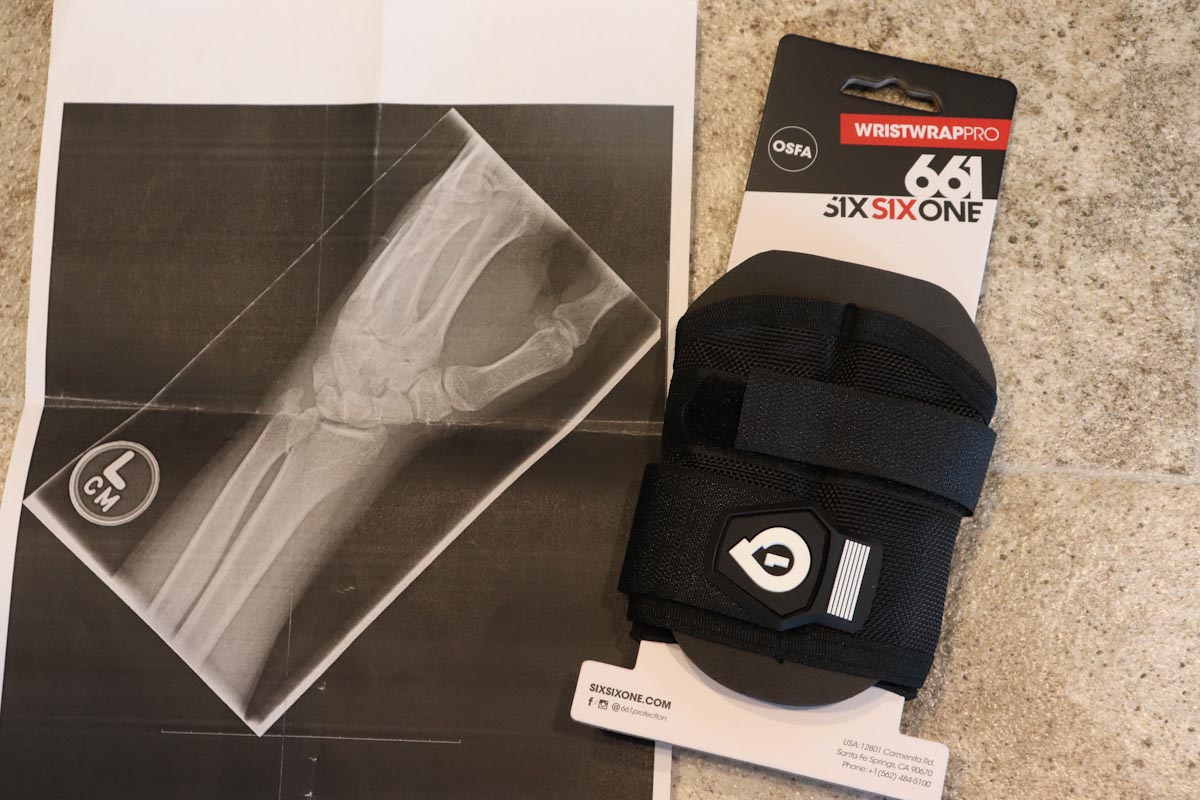 The May long weekend is supposed to be all about fun, but this year mine was a real downer… On May 23rd I broke my wrist, putting myself off the bike for over three months. Thankfully Six Six One made a generous offer to help me get back in the saddle and sent me one of their Wrist Wrap Pro braces.

After flipping over the bars I fractured my radius twice, on the top and bottom of the end just below my thumb. This left me in a cast for six weeks, but when it came off the lower fracture was still visible on my X-rays. Finally, on August 31st I was told both fractures had fully healed and I could start working towards riding again.

Right away I can tell you just having this simple brace made a huge difference mentally, giving me extra confidence that I could ride without overextending or overloading my wrist. After further testing, I can confirm the brace definitely provides enough support to reduce or eliminate soreness after a ride. 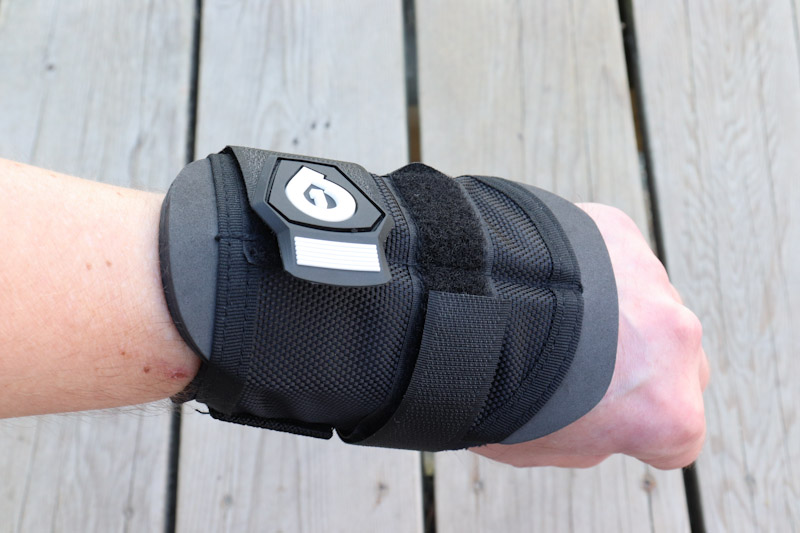 The Wrist Wrap Pro is an OSFA certified slip-on style brace with a sewn-in neoprene sleeve. Two Velcro straps offer adjustable support at the front and middle of the wrist, and a ventilated mesh layer sits under the straps.

Two EVA stiffening discs provide support to prevent your hand from tilting too far upwards while offering a bit of flexibility. While the discs definitely provide some support, some riders might prefer or require a higher-end brace that fully locks out at a certain angle. I planned to stick with the Wrist Wrap Pro, and with a little patience hopefully not need anything more. 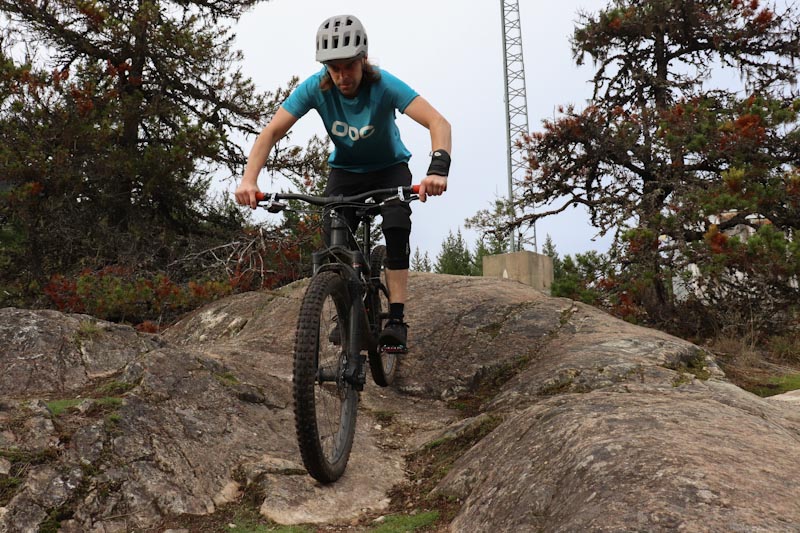 The Wrist Wrap Pro works for either hand and comes in one size only.  It is designed to work over or under gloves. There are no instructions or diagrams provided on the brace’s packaging (which might be a nice addition), but it was pretty simple to figure out how to wear it correctly.

While Six Six One has kept the brace fairly small overall (especially in length), I could tell right away it was supporting my wrist. Trying to tilt my hand upwards was met with a good amount of resistance, and the straps provided a decent amount of support against my forearm.

When the brace was brand new the neoprene sleeve was pretty snug and required a bit of tugging to squeeze over my wrist. Once in place, I liked how the snug sleeve felt supportive and provided a little compression. 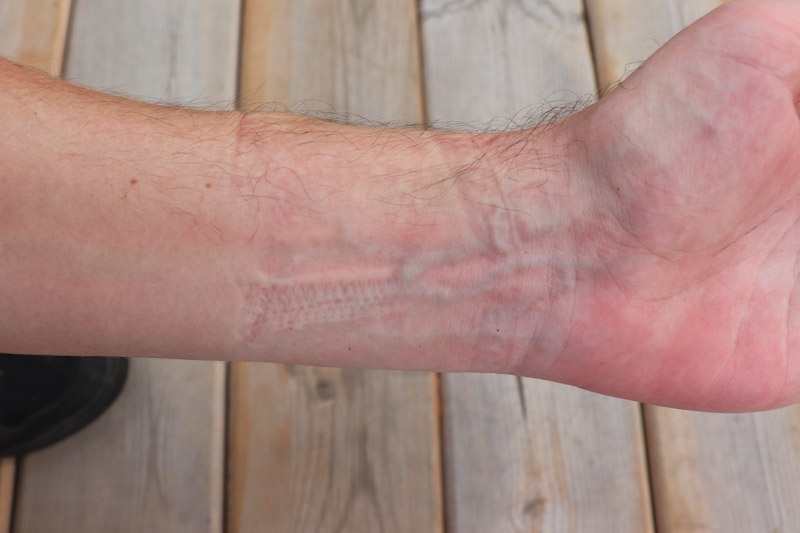 I started out wearing the brace for one-hour road rides and was eventually able to return to full, proper trail rides (up to three hours). At this point, I have no intention of investigating higher-tech braces, and I’m pleased to say that the Wrist Wrap Pro has proven adequate for my recovery.

The worst I can say for comfort is that the Wrist Wrap Pro will leave creases on the back of your hand where the front of the EVA discs rest, and you’ll find impressions where the sleeve was sitting on your arm. Otherwise, I’ve had no issues with uncomfortable edges, bunching or pressure points from the straps. The brace doesn’t move around on my arm either, so I’ve never had to make mid-ride adjustments. Your arm will definitely get sweaty under the Wrist Wrap Pro, but it has a pretty small footprint so I never found it annoyingly hot to wear. 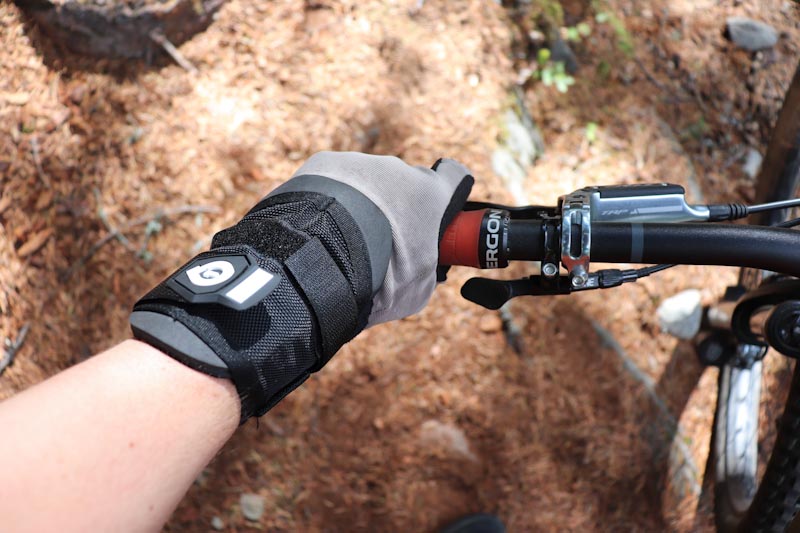 Right away I found the brace helped keep my hand from bending backwards freely, which effectively reduced post-ride soreness. Aside from resisting backwards bending (as it should), the brace did not hamper my mobility in any other way, and since it’s not rigid, it allowed my wrist to gradually move more and more as I got stronger and progressed into rougher rides.

When my wrist was still fairly weak, I wasn’t overly impressed with how much weight I could put on the Wrist Wrap Pro. With no lock-outs or rigid supports, this brace won’t have you riding anywhere near full tilt until you’ve healed to a reasonable extent first. I attempted one 40 minute road ride with the brace before my bone had fully healed and determined that was a bit pre-emptive as my wrist was noticeably sore the next day.

As the weeks went on my wrist regained strength and I started shifting onto rougher terrain. That was fine for me, but if you’re a competitive rider I wouldn’t be surprised if a fancier, sturdier brace might allow you to ride harder and sooner versus the Wrist Wrap Pro. 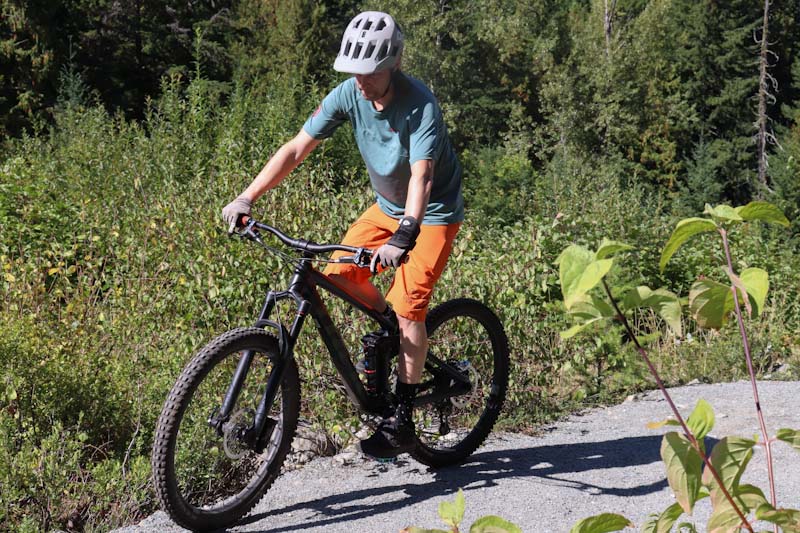 As soon as I realized I could pull off normal trail rides without feeling sore afterwards, I tried a ride without the brace – and then went right back to it! Following a one hour, 45-minute loop my wrist was significantly more sore than after my previous rides with the brace on. That was the proof in the pudding – The Wrist Wrap Pro was reducing the strain on my hand and wrist. At this point, I plan to ride with the brace until winter ends my season, and I’m hoping to start up next year without it. 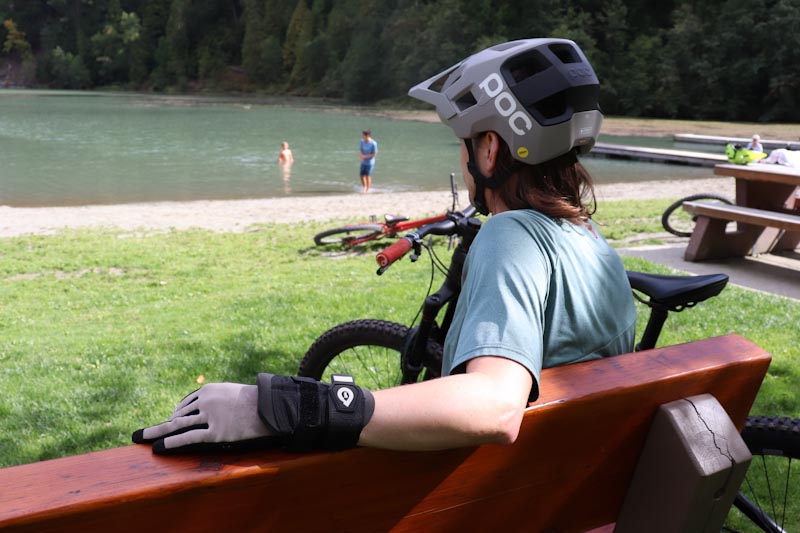 I was pleased to find how comfortable the brace was with gloves underneath, although I would recommend choosing a simple glove so you’re not stuffing a wrist closure or anything bunchy inside the brace’s sleeve. Six Six One says you can pull gloves over top of the Wrist Wrap Pro, but they’ll have to be stretchy – my gloves would not fit over it.

While the brace is small overall, I almost had an issue with it when my midlayers and jackets came out in the fall. Any sleeve with some stretch will fit over the Wrist Wrap Pro easily, but my foul-weather jacket’s slender sleeves barely made it. I mostly wound up bunching up my jacket and midlayers’ sleeves above the brace, which wasn’t pretty but also wasn’t uncomfortable. 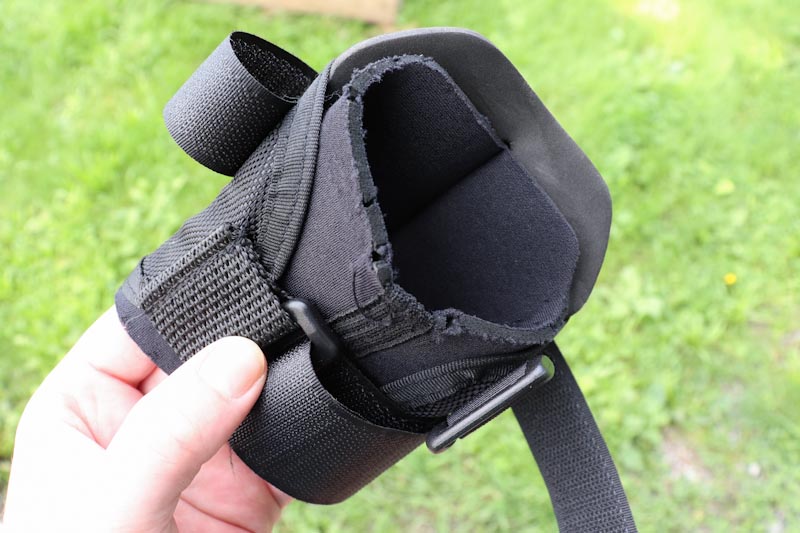 As for durability, it didn’t take long for the brace’s neoprene sleeve to loosen up. After several rides, I noticed the edges were tearing from being stretched on and off my wrist. The tears haven’t grown much and the neoprene hasn’t ripped apart. I’d guess eventually the neoprene sleeve could fall apart, but I’d expect this simple, low-cost brace to last long enough for one full recovery at the least.

Six Six One’s Wrist Wrap Pro comes in black only and retails for $21.99.