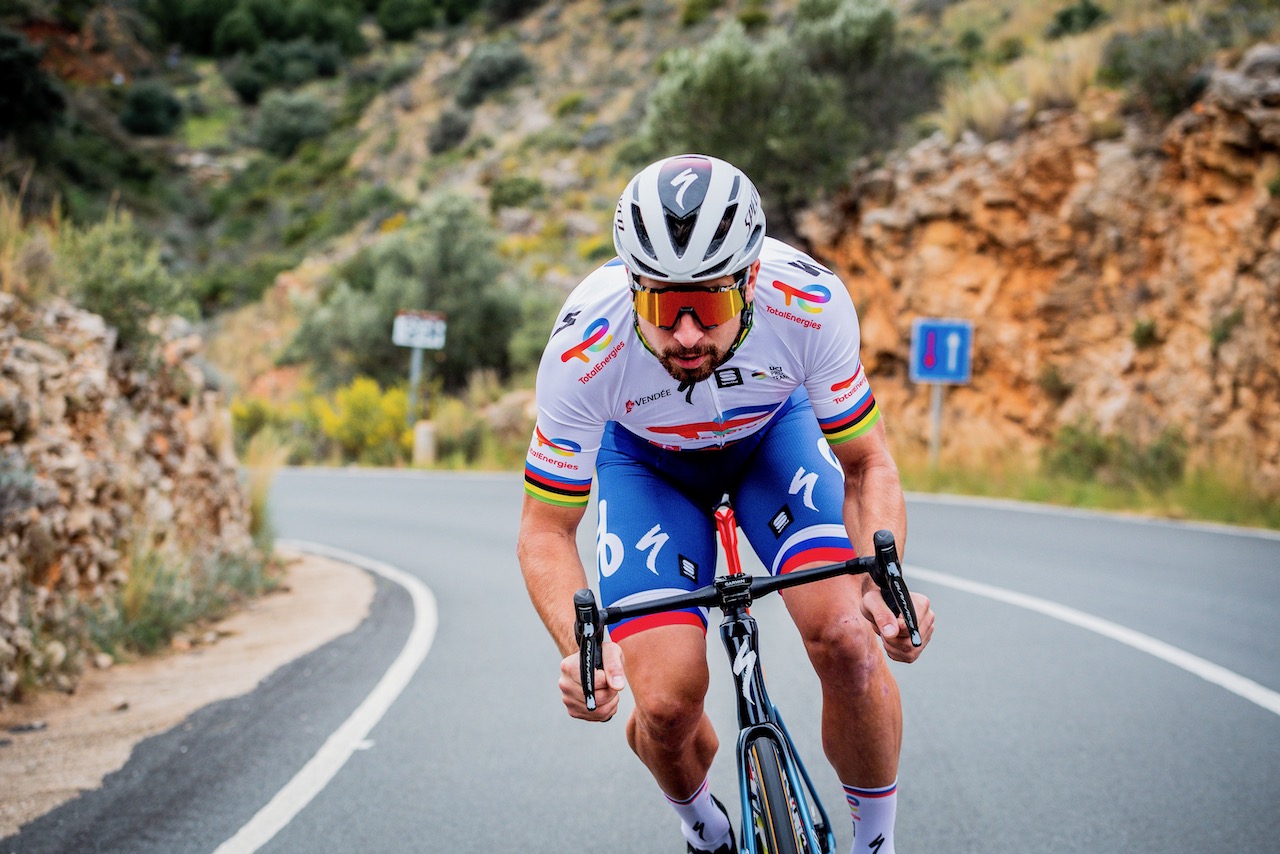 Peter Sagan isn’t ready to throw in the towel or jersey yet—you’ll have to watch the video for the reference below. The three-time former world road champion is prepared to start the work with his new team, TotalEnergies. 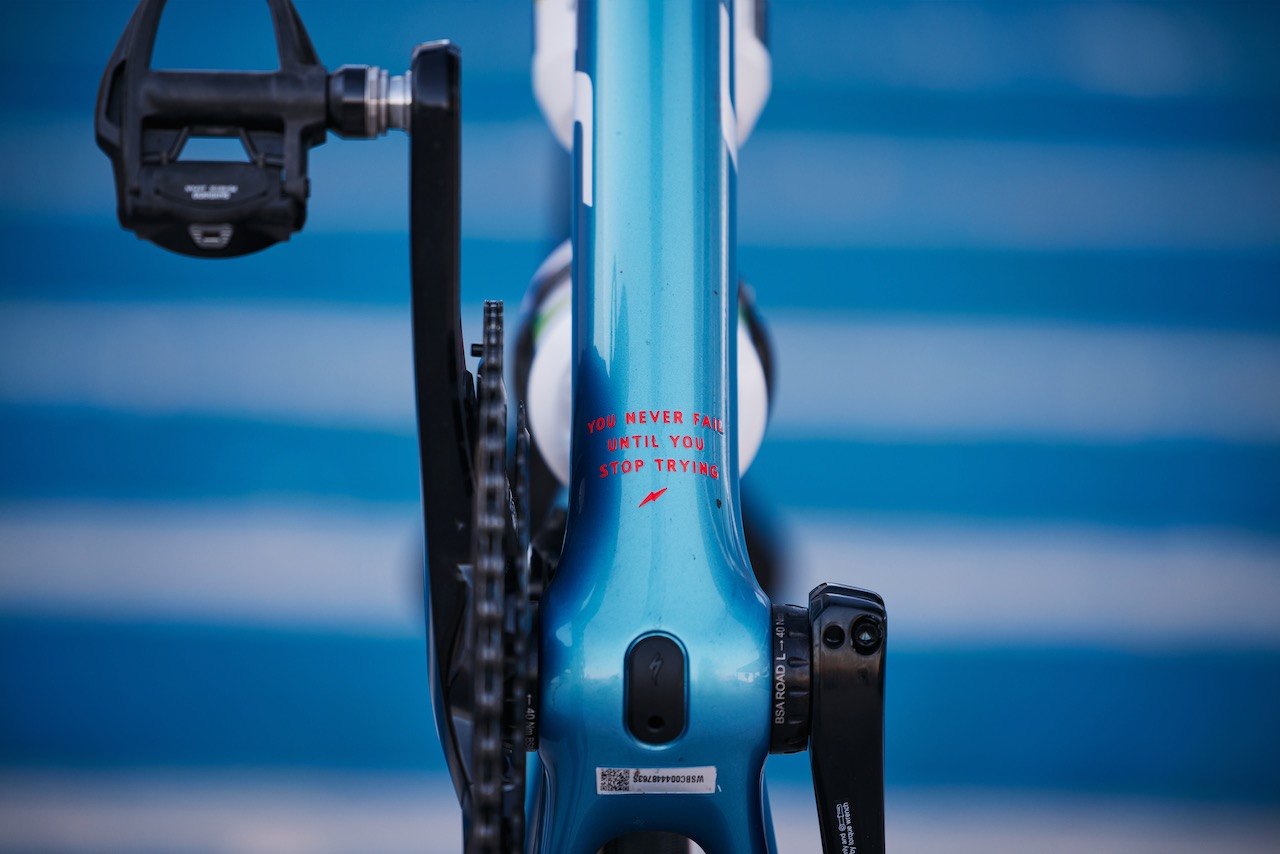 Though technically a step down from World Tour to the Continental ranks, Sagan appears excited to work with a new team, though the bikes, gear, personal staff, and clothing will be the same as years past — but not for the team.

When he signed on for the 2022 season with the French squad, Peter Sagan brought along some partners. Specialized will supply the bikes for the team, switching out the Wilier Zero SLR for the Specialized Tarmac and Roval components. Sportful (former supplier of Team Quick-Step) takes over for Nalini for the clothing.

If the clothing wasn’t already colorful enough with the TotalEnergies livery, Sagan’s kit gets even more vibrant with the addition of the rainbow stripes for the former World Champion, and the band across the torso as the current Slovakian National Champion as well. 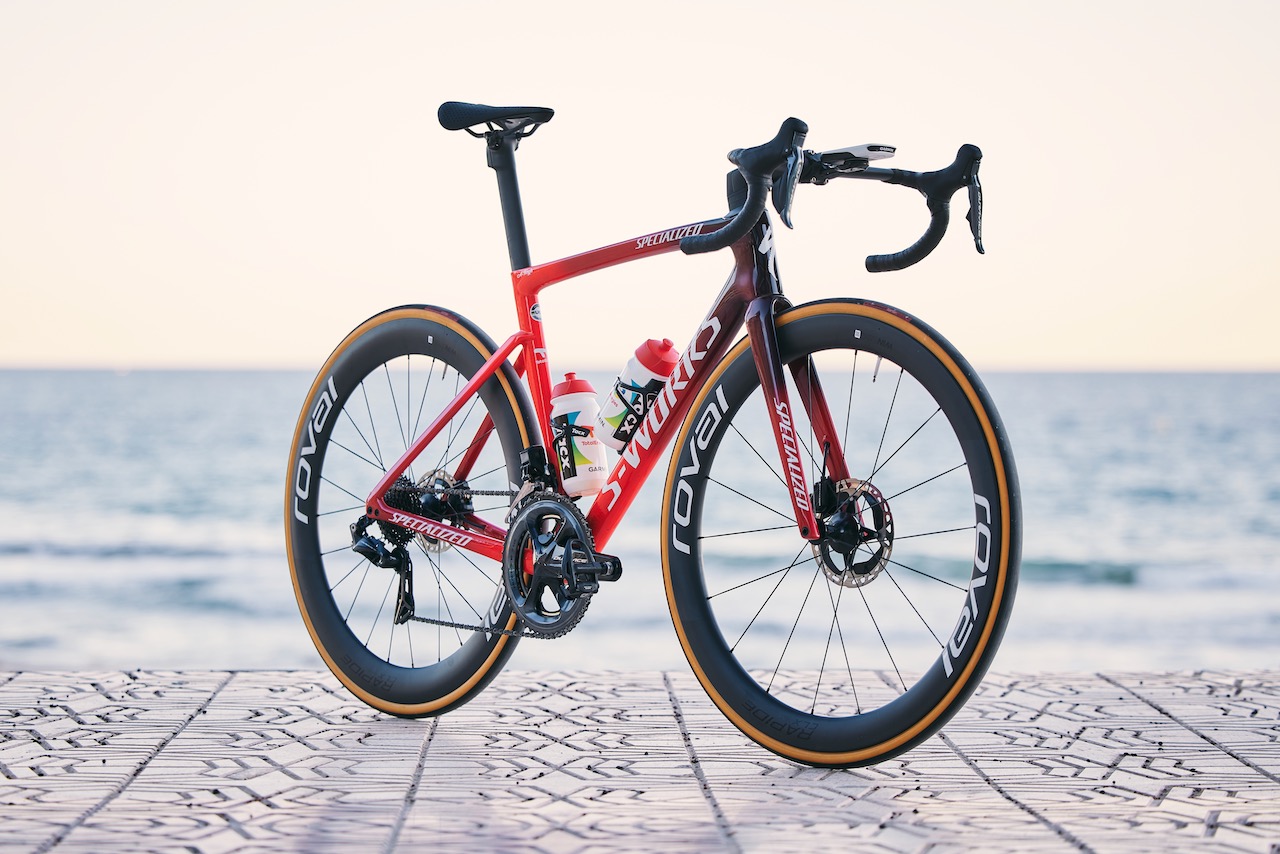 As for bikes, the TotalEnergies team will ride the Specialized Tarmac SL7. Shimano will handle the shifting components, Roval supplies the wheels/components and Specialized saddles and tires. 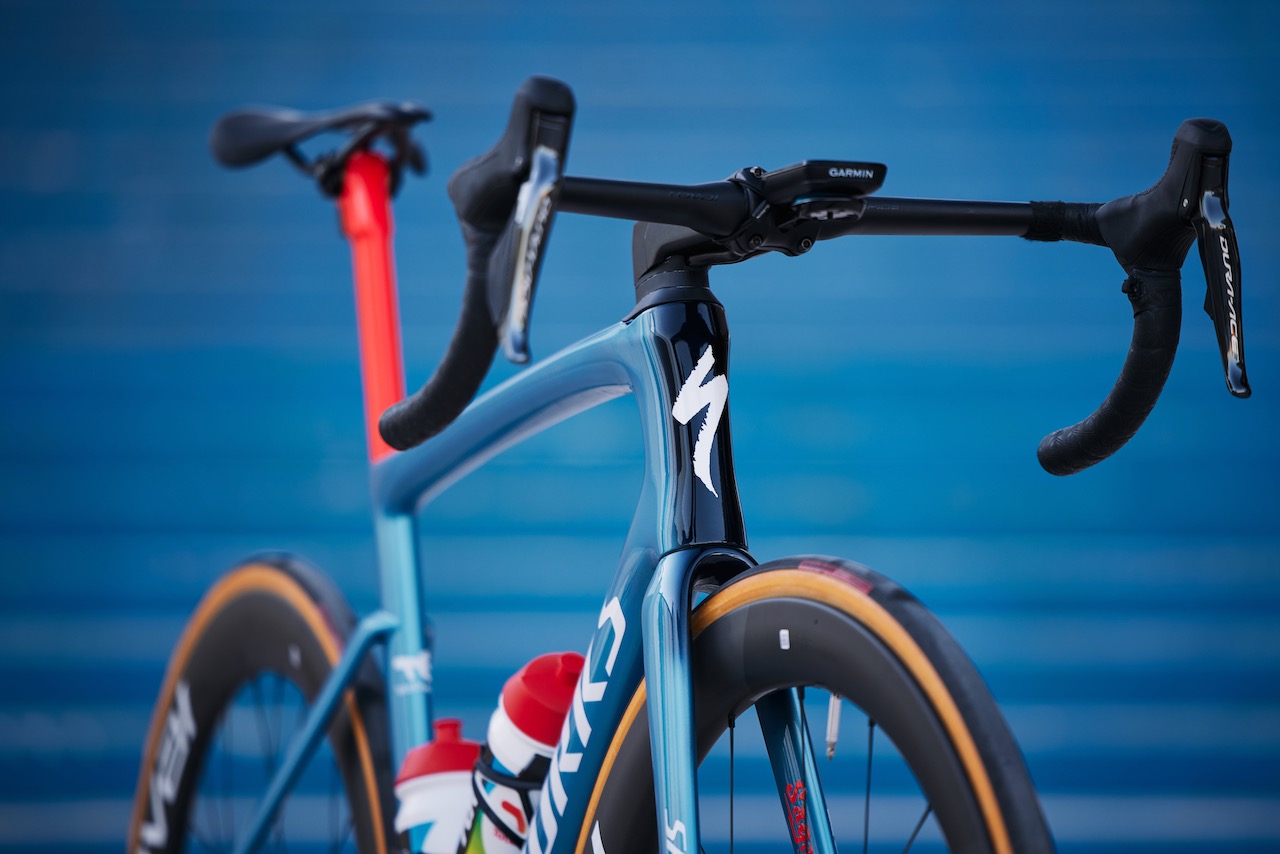 Sagan’s custom Specialized Tarmac has some very cool little spots, like this one hidden near the bottom bracket. Though the red seat post is definitely a standout design element and we like it. 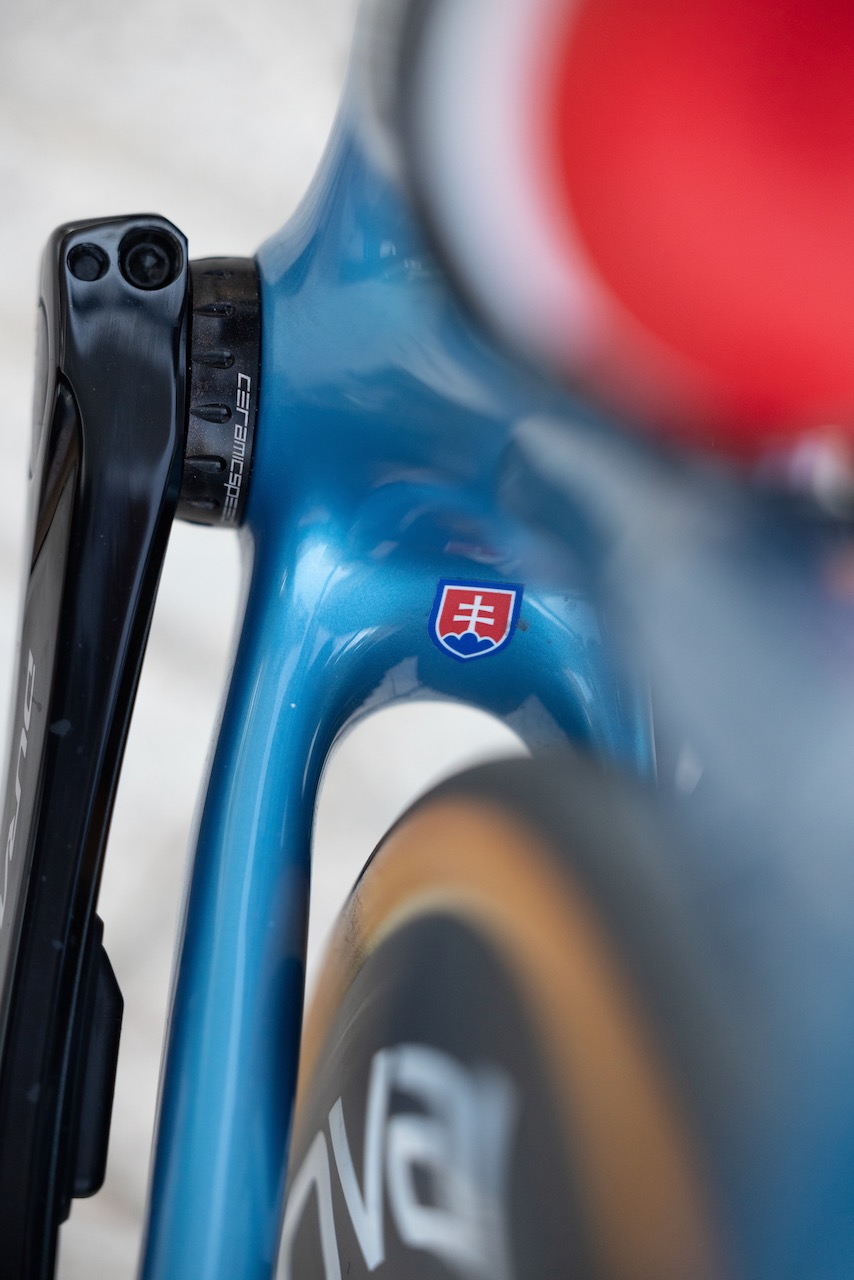 It’s not clear if the team will be riding custom colorways that match the new TotalEnergies kit or if the Shimano 11-speed Di2 pictured is a permanent fixture on the team bikes. One thing is for certain, we expect big things coming from the TotalEnergies camp this season. 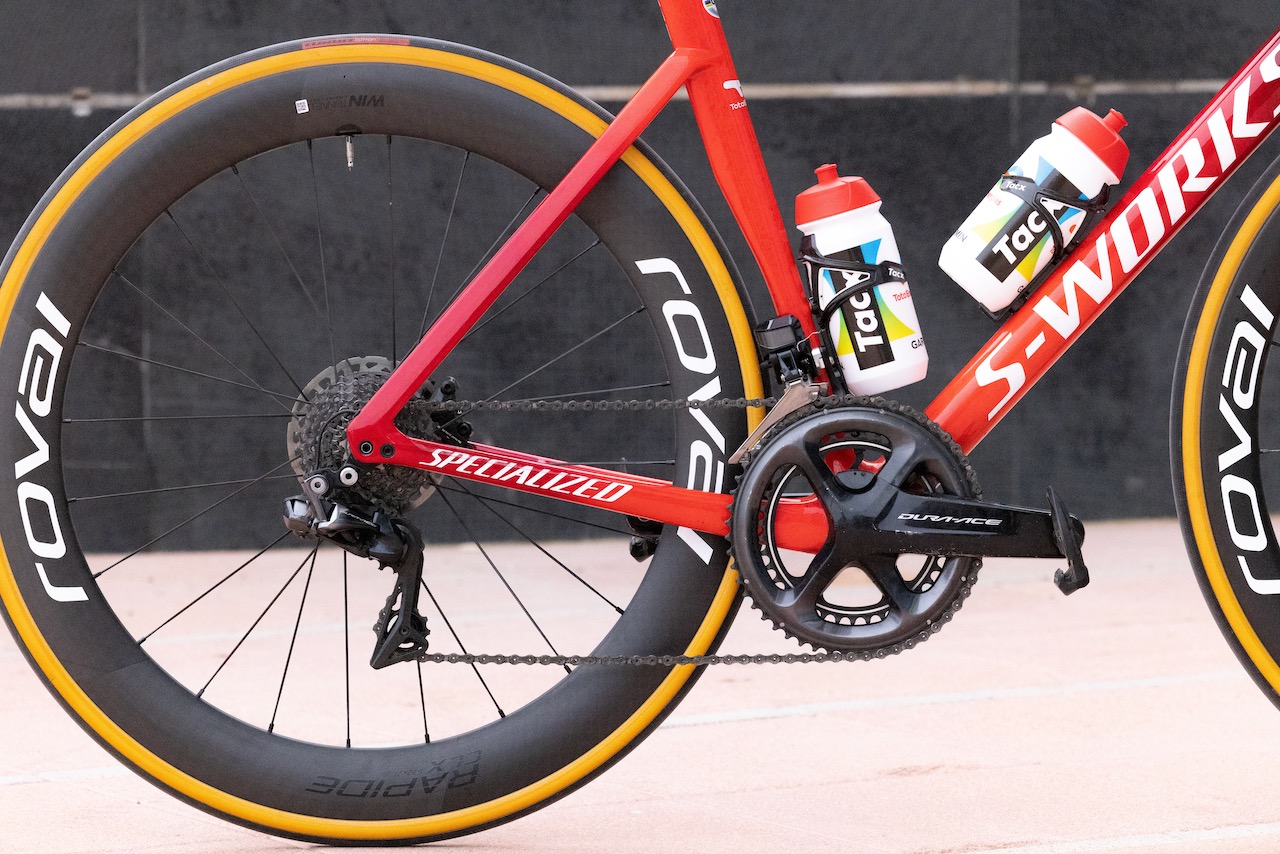 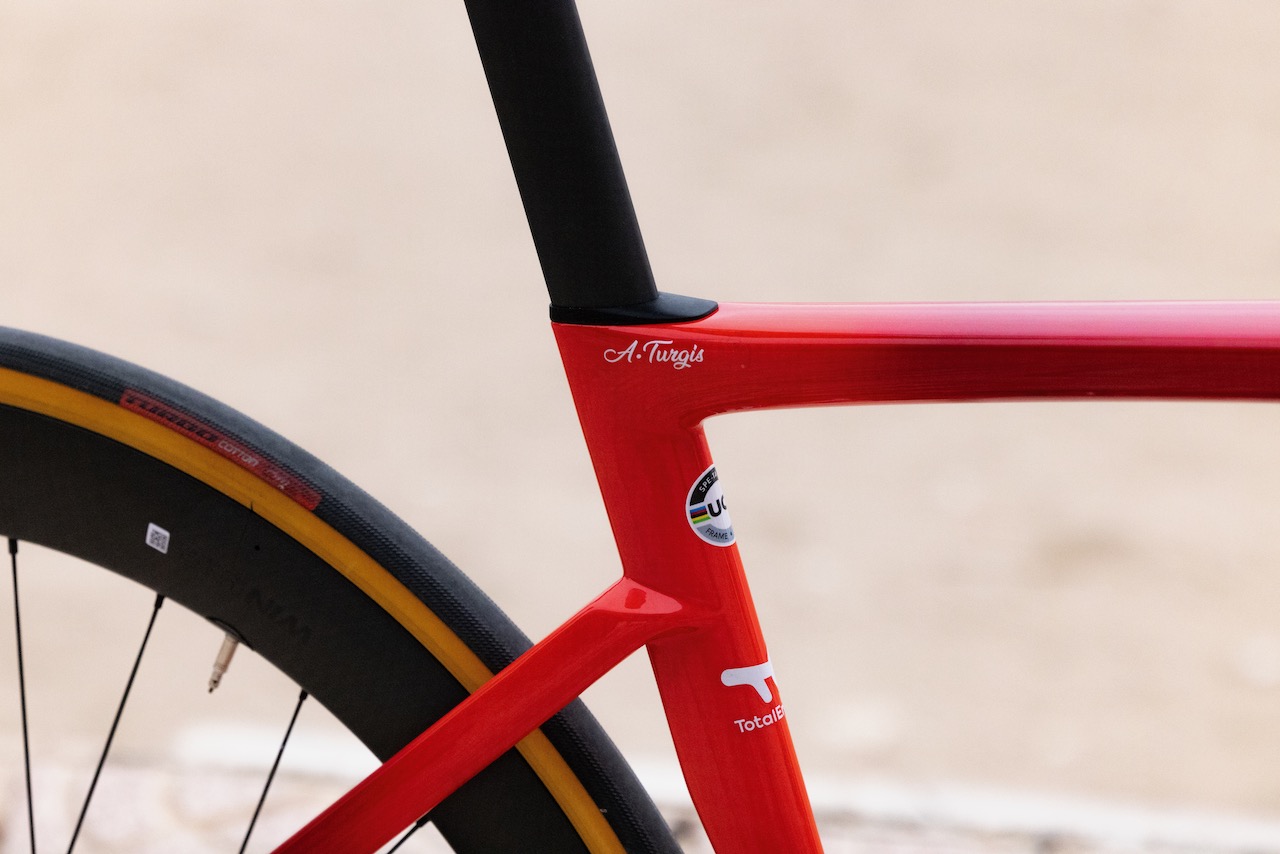 Thorough the team won’t be at all the marque stage races events like World Tour squads, having Peter Sagan on the team will garner some invites to prestigious events.

Since Sagan recently announced on January 4th that he is recovering from another bout with COVID-19, and it’s unclear when or where he will kick off his 2022 season.

For more information on the new TotalEnergies squad, check out Teamtotalenergies.com