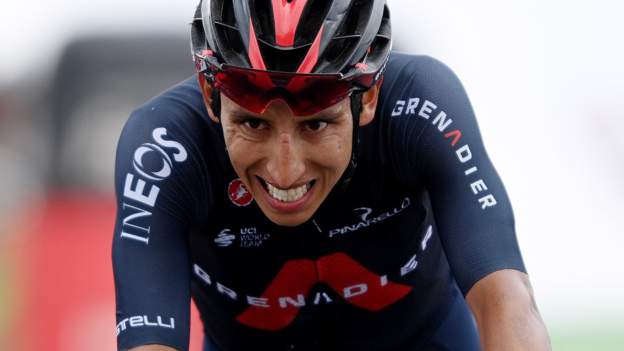 Egan Bernal is to have further surgery on his spine following his high-speed crash in his native Colombia.

The 25-year-old said he nearly died after he hit a stationary bus while riding his time trial bike in January.

The Ineos Grenadiers rider had spinal surgery and other procedures after he sustained back, leg, knee and chest injuries in the incident.

However tests on Tuesday showed the need for a second spinal operation, which will take place on Wednesday.

In a statement, the hospital in Bogota where the Colombian is being treated said the cervical spine procedure “will favour his process of rehabilitation”.

On Friday, Bernal posted on social media: “Having had a 95% chance of becoming a paraplegic and nearly losing my life doing what I love to do most, today I want to thank God.”

Bernal is the reigning Giro d’Italia champion and in 2019 he became the first Colombian to win the Tour de France.

He was widely expected to contest this year’s Tour de France after signing a new five-year contract extension with Ineos.