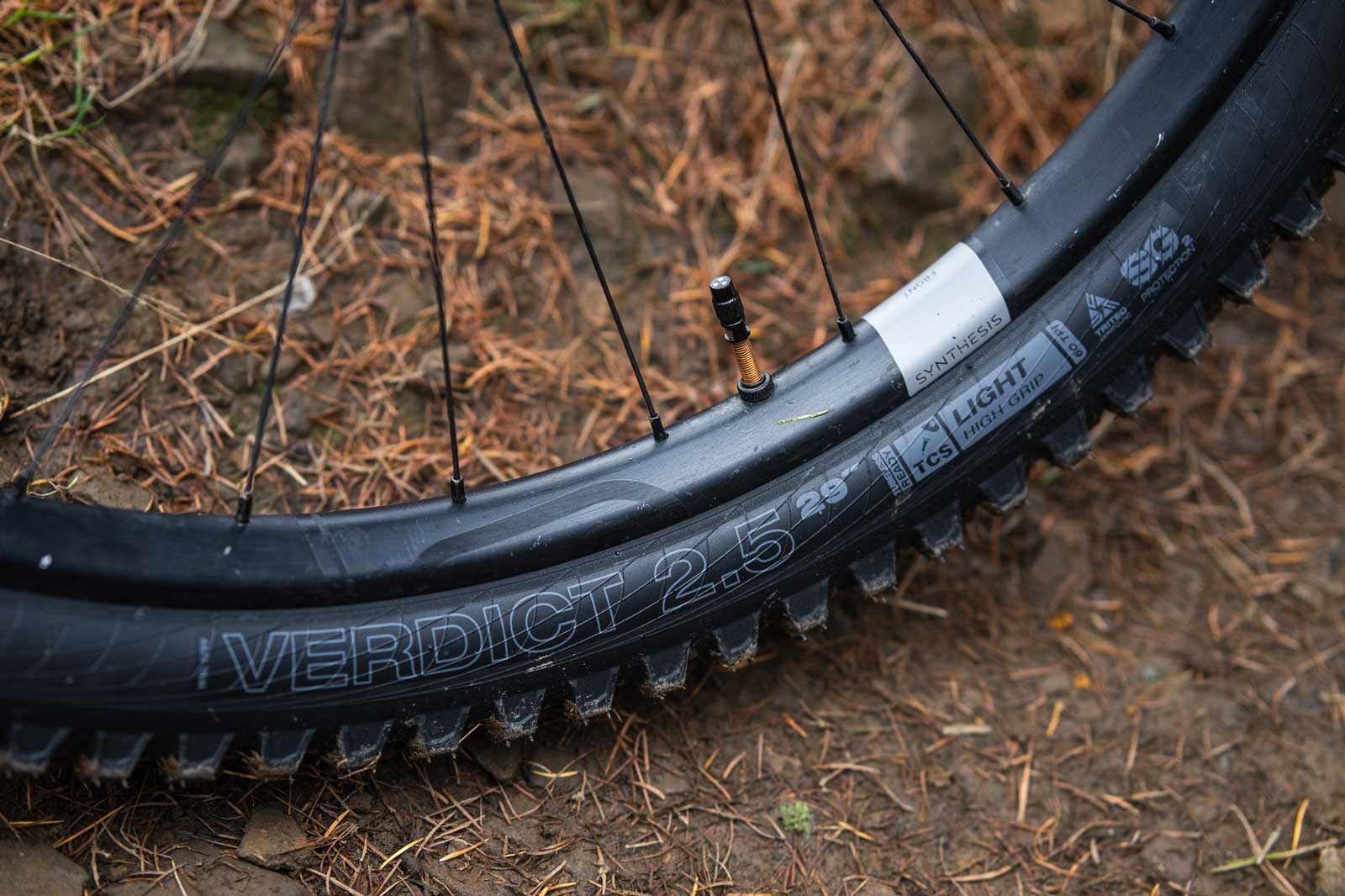 This winter, I made the WTB Verdict the companion for my Crankbrothers Synthesis front wheel putting it to the test in some slick Scottish conditions. There are in fact two versions of this tire; the Verdict (tested here), and the Verdict Wet, which runs the same tread pattern but with taller more aggressive knobs for digging deeper into soft terrain. The brand describe the Verdict as their most aggressive front-focused tire for days where relentless traction takes priority over rolling efficiency. Here’s how it fared in our hands. 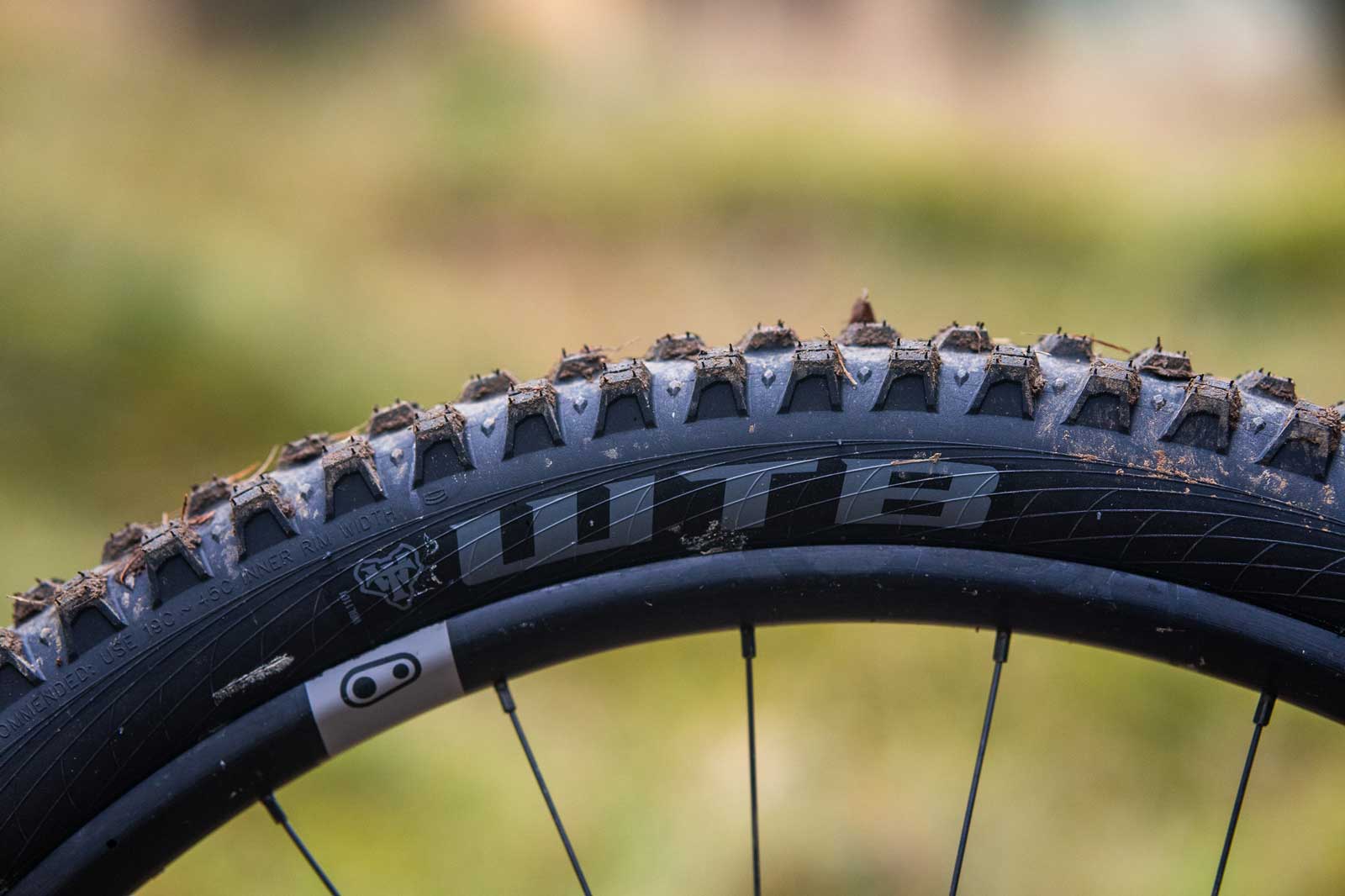 I seated the WTB Verdict 2.5″ Light High Grip tire onto a 31.5mm internal width aluminum Crankbrothers Synthesis rim in a tubeless setup using the WTB TCS Tubeless Sealant. The bead was seated onto the rim without any fuss, holding pressure well from the start. At 25 PSI, the Verdict measured up at 65.5mm knob-to-knob (2.58″), slightly narrower wall-to-wall at 62.5mm.

I ran the WTB verdict over a range of fairly low pressures, around 17-20 PSI depending on the conditions. The test period saw a wide range of wet conditions, from just a wee bit damp, to full on slop – they type you get after 200 racers have dabbed, slid, tobogganed and dragged brakes down a fresh cut section of loam, the morning after a night of torrential rain. 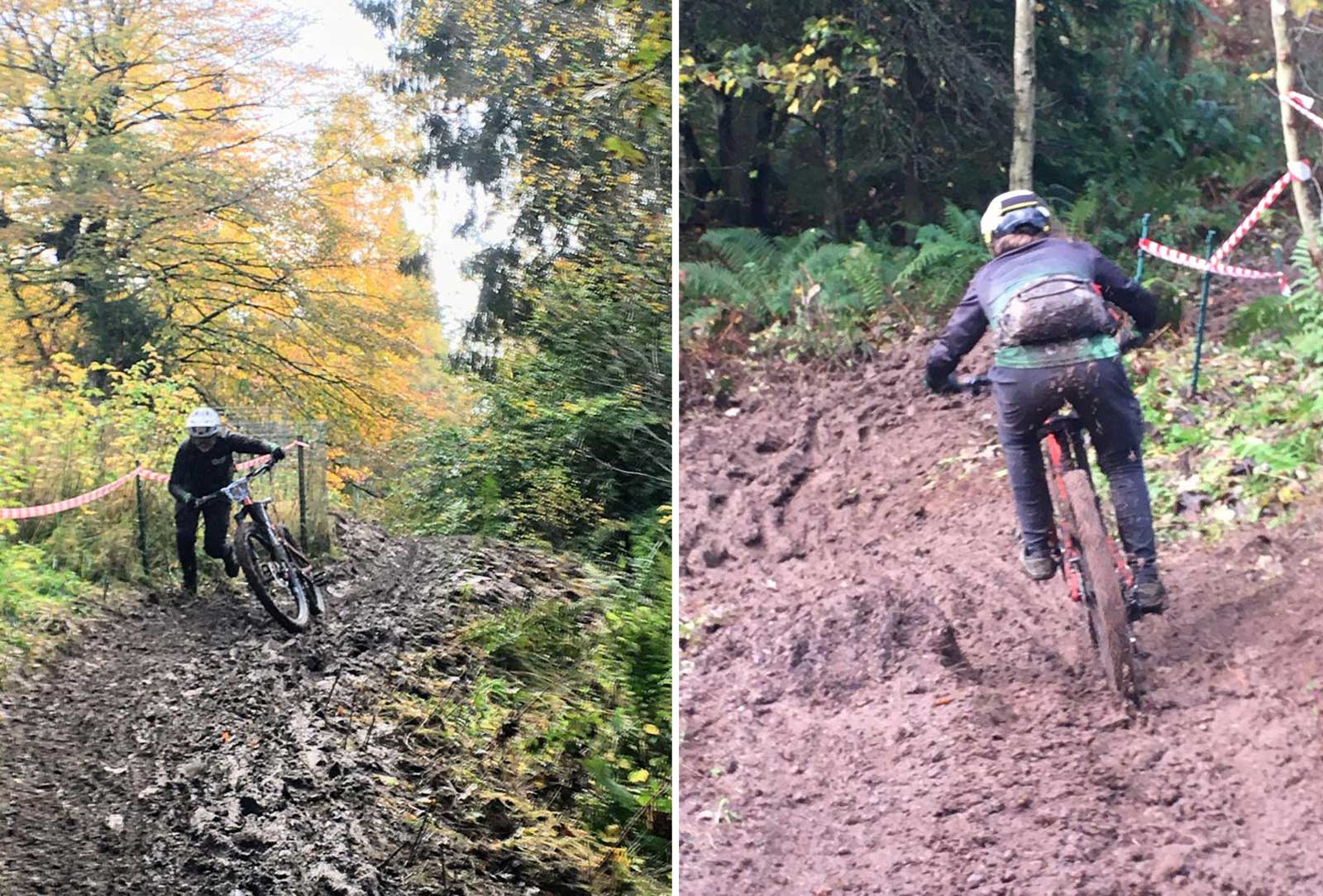 Very poor resolution images, but you get the idea. The Fair City Enduro produced the finest Scottish dust. The WTB Verdict can’t be blamed for this obligatory dismount; the Minion DHR II on the rear just wasn’t cut out for this. Credit: Nick Tanner.

The side wall of the WTB Verdict tires states that it should not be ridden at pressures outside of a 20-35 PSI range. The WTB website offers more information, stating that those pressures are actually calculated based on an average rider weight of 160-180 lbs. For me personally, and lots of other folks around my weight (130 lbs), 20 PSI on a front tire is pretty high, especially in soft, wet conditions. I rode the Verdict as low as 17 PSI, but found the sidewalls were flexing too easily in corners with sealant dribbling down the side walls, evidence of tire burp. This is partly why I’m a fan of tire inserts, especially CushCore Pro, as it allows me to run some seriously low tire pressures for more grip, while still supporting the tire side walls. 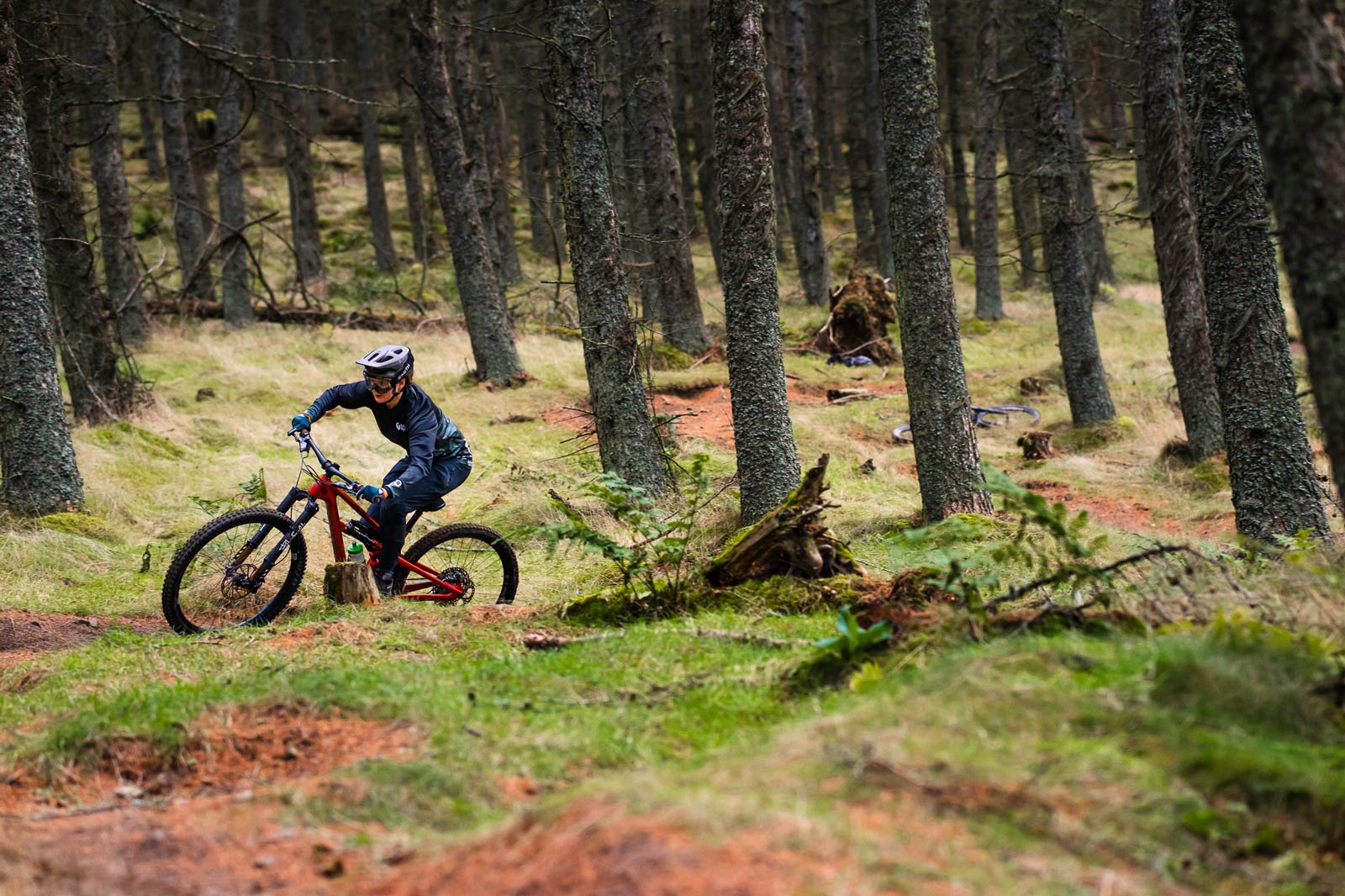 That sidewall flex isn’t really a legitimate complaint. After all, I was running the tire below the manufacturer’s minimum recommended pressure. Low and behold, I found no evidence of tire burp at 20 PSI, as the air pressure was able to offer the sidewalls sufficient support during cornering.

WTB’s light casing tires get 60 TPI (threads per inch). I found it supple enough, certainly with no undesirable pinging sensations over rough terrain. It tracked off-camber lines well at speed. 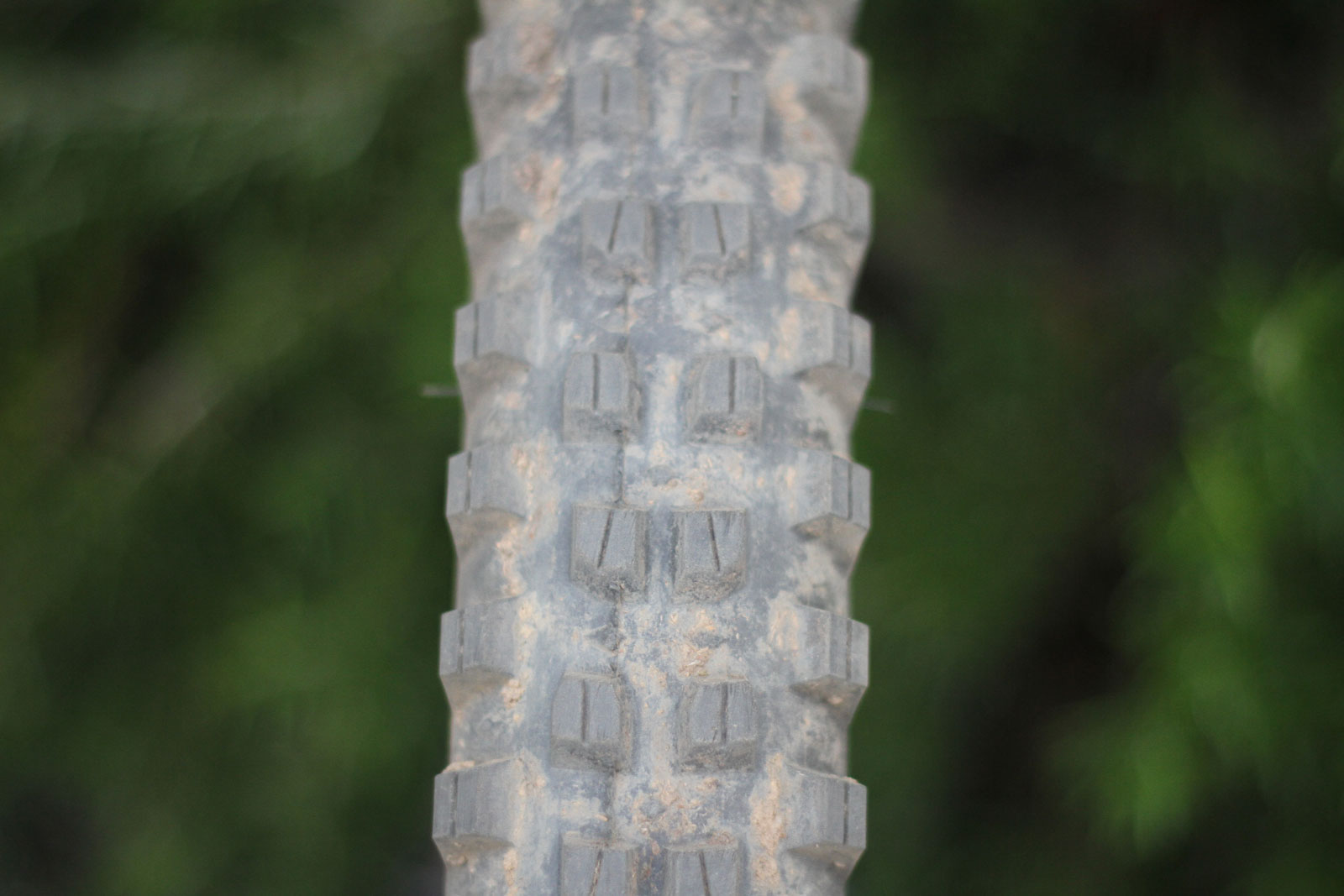 The WTB Verdict has more aggressive, taller side knobs than the Verdict (shown)

The “High Grip” refers to WTB’s softest variation of their TriTec compounds. A high durometer rubber forms the base of the tread area providing support, a lower durometer compound makes up the centre tread lugs, while the lowest durometer rubber (the softest of the lot) makes up the side knobs. Noteworthy here is that, for 2021, the Verdict actually got an updated tread pattern. One of the main updates was the reduction of siping depth on the outermost knobs in a bid to improve support without sacrificing traction on wet roots and rocks.

In the absence of an actual tool to measure rubber durometers (a Shore Durometer), I lean on the very scientific knob twist test to assess the rubber’s properties. I noted that the side knobs are still pretty easily deformed, and they’re also fast to return to their original shape. 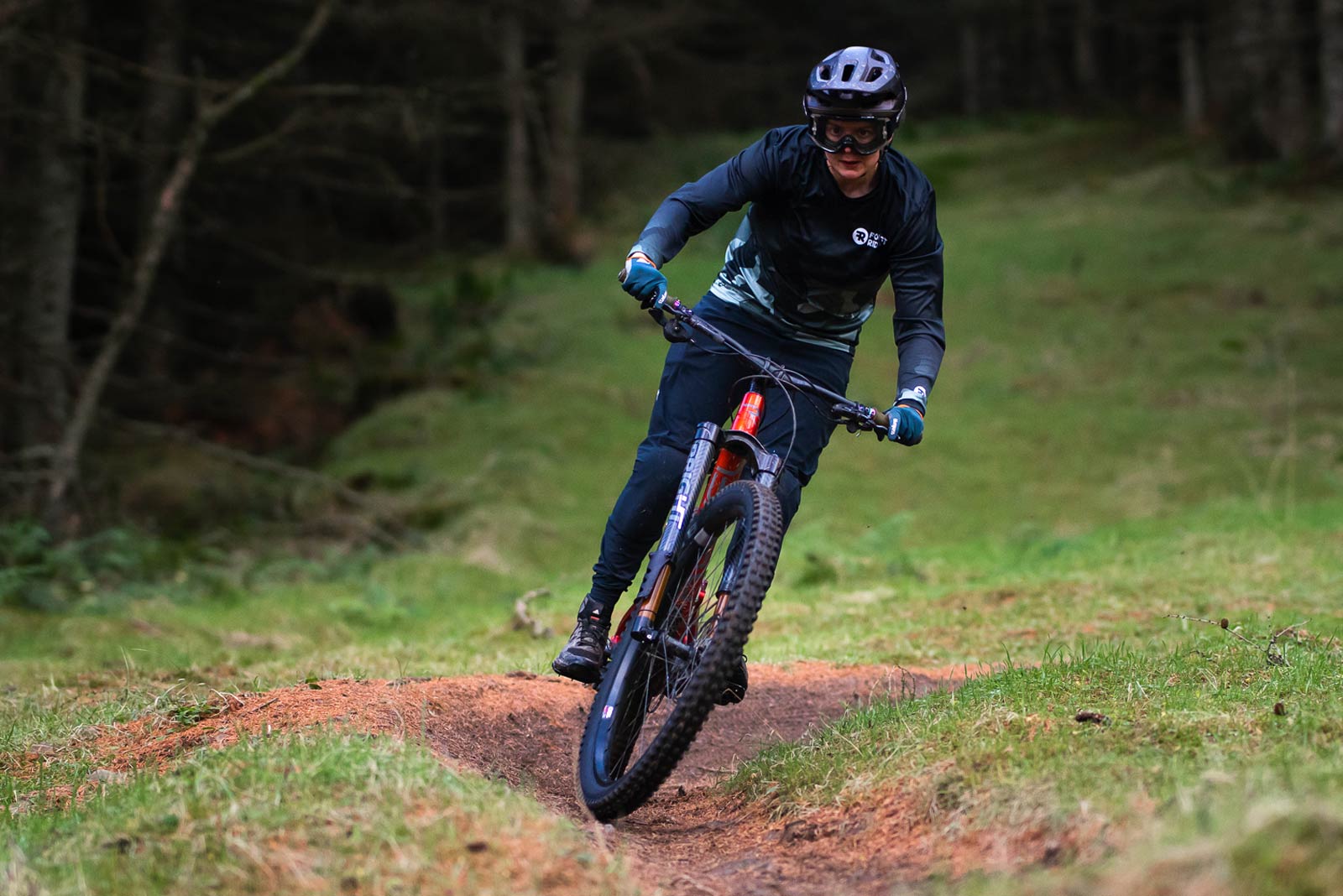 Overall, my experience of the WTB Verdict was a good one, and I’d be happy to recommend it as a good option for UK Winter. The tire offers a controlled and predictable feel under harsh braking. Rolling speed isn’t really something I pay too much attention to, admittedly, and I can’t say I found it any more or less efficient than the MaxxGrip Assegai I am currently riding. 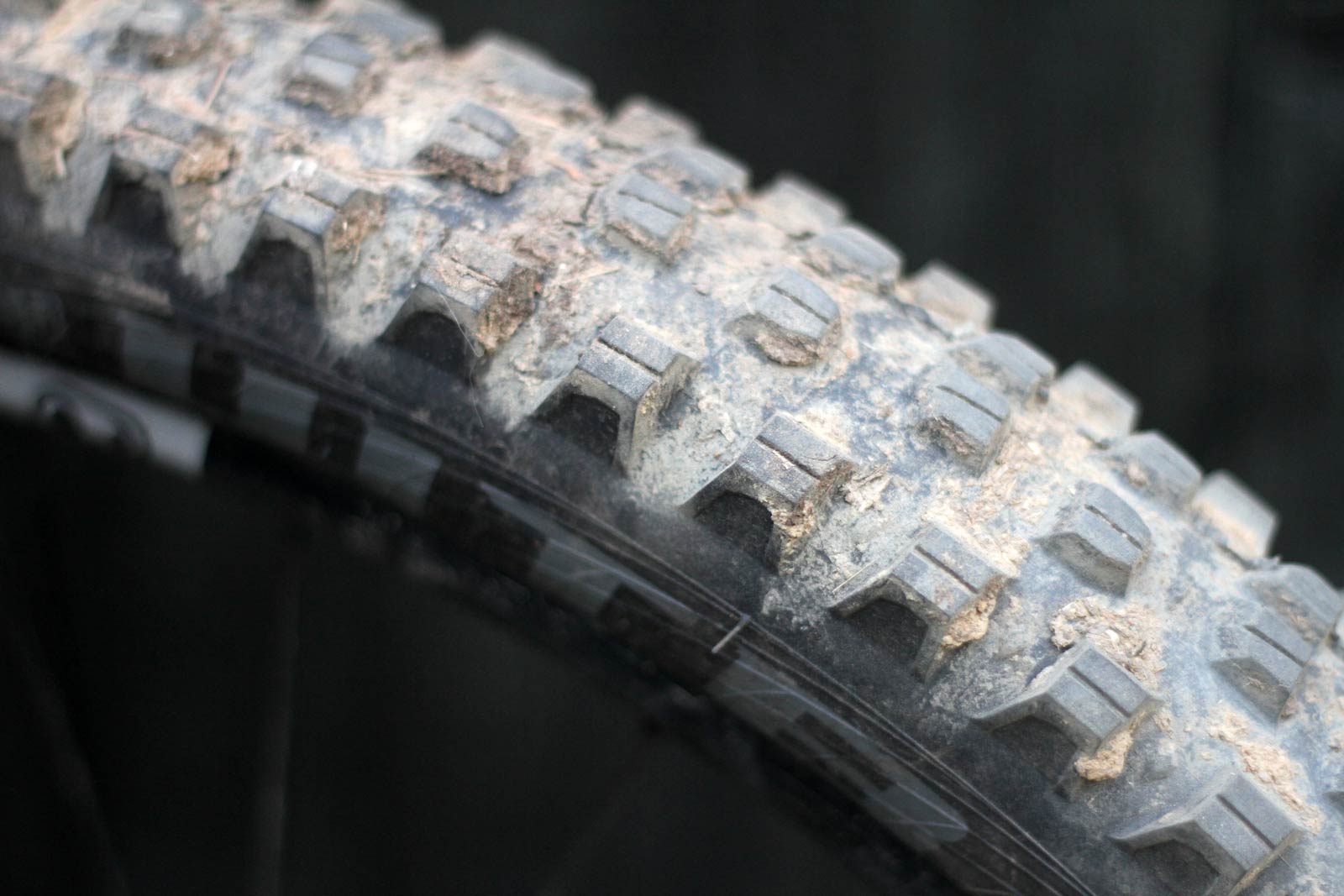 It hasn’t escaped my attention that I seem to ride those less well-supported corners with more confidence on a tire that has transitional knobs, bridging the gap between the center tread and side knobs – tires like the Maxxis Assegai and Michelin Wild Enduro.

The tire rode well through hard pack and bermed corners, though I felt it perhaps wasn’t so perfect on less supported turns where the side knobs are under greater load. Don’t get me wrong, it certainly wasn’t bad, but I did occasionally feel a little wobble at the edge of my grip, though I’m happy to report I never fully broke traction. You may think I’m a little harsh on this point, but understand that I tested this tire in the context of having ridden last Spring with a Michelin Wild Enduro Front GUM-X3D tire, of which I am a huge fan. I feel that the firmer, lower rebound rubber compound of the Michelin tire bit into soft ground with more intent, providing a more solid connection with the harder terrain underneath the softer top layer.