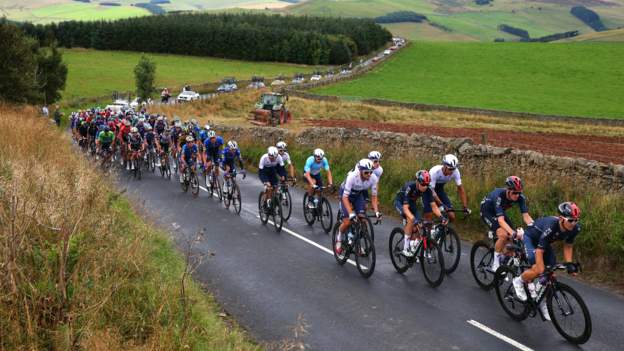 The Tour of Britain will return to Yorkshire for the first time since 2009 when the race resumes this September.

Britain’s flagship men’s road cycling event will travel to Dorset for the first time and also feature a first full stage within Gloucestershire.

Aberdeen and the Isle of Wight had already been confirmed as the start and finish of the race, with Sunderland and Nottinghamshire on this year’s route.

The race will be from 4-11 September, with the full route announced in April.

While Yorkshire has become synonymous for cycling in the UK after hosting the Tour de France Grand Depart in 2014 and Road World Championships in 2019, the Tour of Britain has not visited the region for 13 years.

Yet the Tour de Yorkshire legacy race, set up following the Tour de France’s visit, has not been held for the last two years due to the Covid-19 pandemic and it remains uncertain whether it will return at all.

This year’s event starts where last year’s left off.

After leaving Scotland it will head south via Sunderland on the north-east coast, before Stage Four starts in Redcar and heads into the North Yorkshire Moors.

The penultimate stage will then be held in Dorset for the first time, before a finale on the Isle of Wight.