In 2013 the hardest Grand Tour of an Imaginary Country was launched as The Sufferfest unveiled the Tour of Sufferlandria. Couchlandrians everywhere looked on in amazement, doughnuts falling from their pudgy hands, as thousands of racers around the planet joined in, egging each other on via Facebook, and raising more than $1 million over the years for the Davis Phinney Foundation (DPF). The 10th edition of this event will take place from February 27 to March 5, 2022. 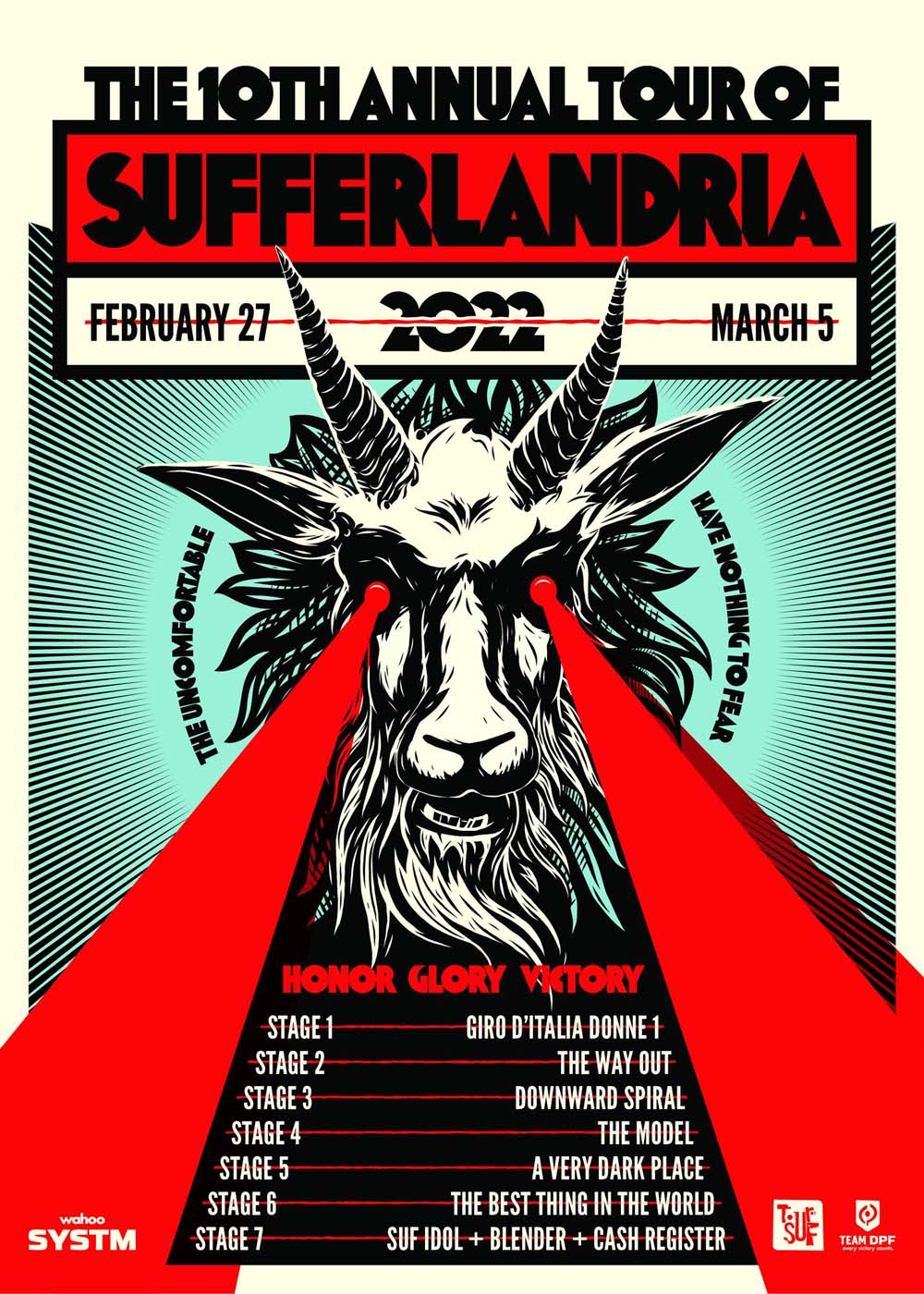 Davis Phinney was one of America’s pre-eminent sprinters, winner of 328 races, including two stages of the Tour de France, during a career that ran from 1981 to 1993.He was nicknamed “The Cash Register” as his teams could always count on his winning consistency. At age 40 he was diagnosed with Parkinson’s Disease and in 2004 established the Davis Phinney Foundation to help people with the disease through education and research. 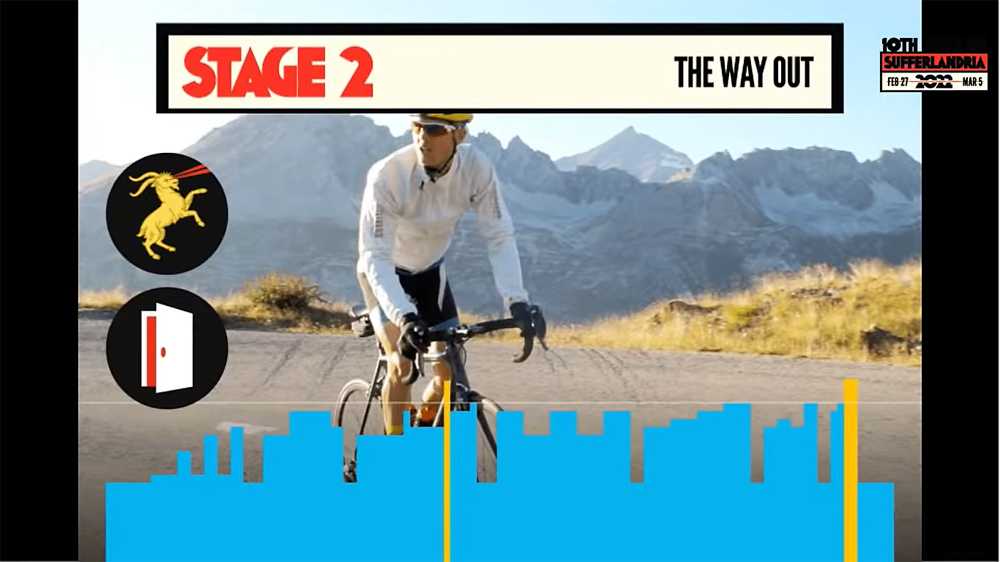 In 2019 Wahoo Fitness acquired The Sufferfest and in 2021 the application went through major changes, becoming Wahoo SYSTM. However, the videos that made The Sufferfest such a joy or, uh, challenge, remain in place and are key elements of the structured training plans offered through the software. It has been the tradition in past years for a new Sufferfest video to be introduced as a surprise element to each Tour of Sufferlandria and in the seven stages of the 2022 Tour there will be eight Sufferfest videos plus another SYSTM video from the Pro Rides series featuring the Giro d’Italia Donne. 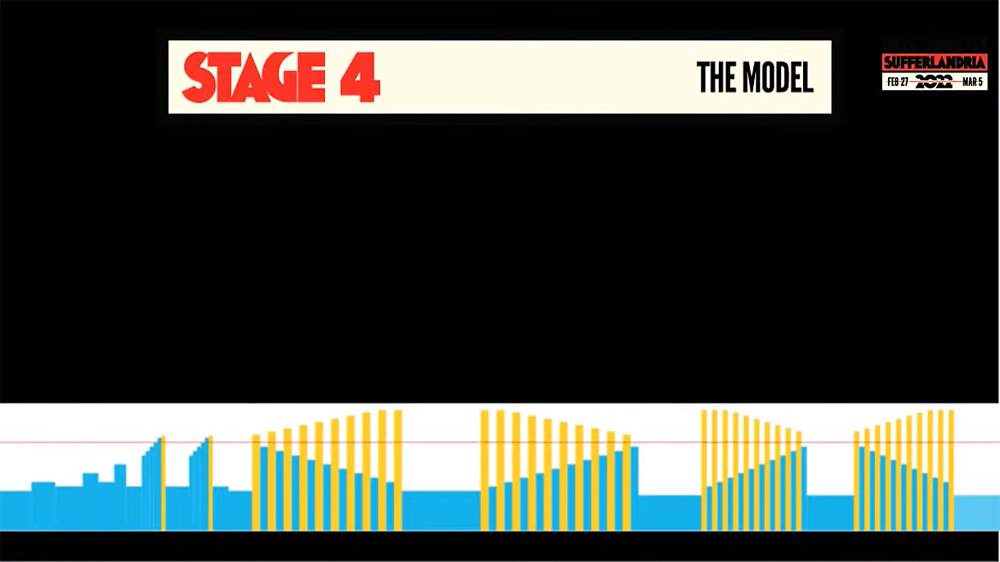 Why should you sign up for this thing? Not only do you support a worthy cause with fellow indoor cyclists around the world, but for every $10 donated you have a chance at the impressive selection of prizes. In years past these have included high-end bikes, the chance to be at the Tour de France for a week with a touring company, jerseys signed by champions and lots of other stuff. Wahoo has enlisted the support of big players in the cycling industry and this year’s goal is an ambitious $1.4 million. 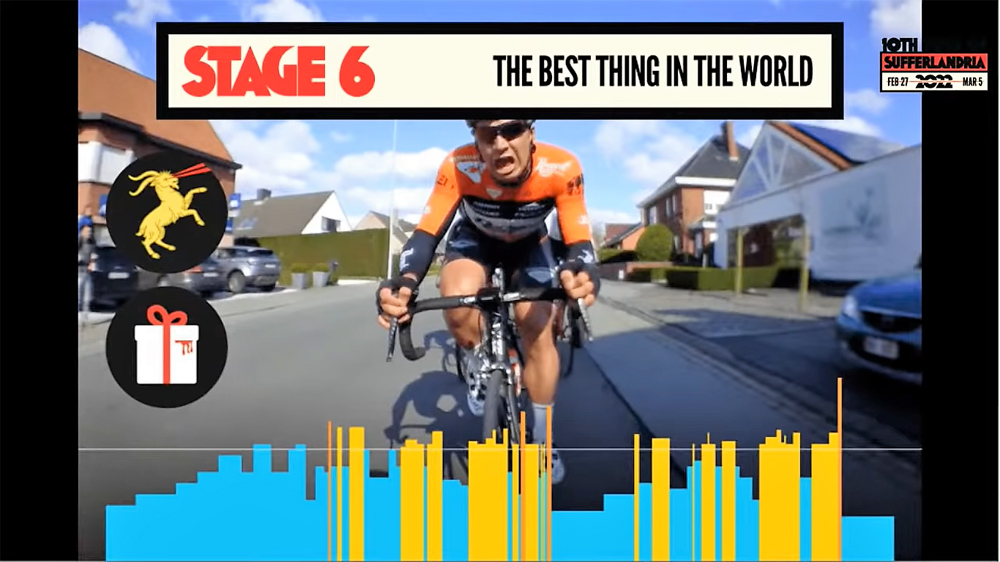 Along with the chance to suffer in your Pain Cave (or with friends in group rides where permitted) for 9 hours and 22 minutes over the seven days, there is always entertainment on offer via The Sufferfest Facebook page or the race village on the Wahoo SYSTM Forum. Riders post pictures of their best suffering or celebrity riders lead you through a stage. With its worldwide reach, there is a window of opportunity to do the stages that accounts for time zones (the Australians will of course begin a full day before North Americans) and you will be able to see how many have completed each of the stages. 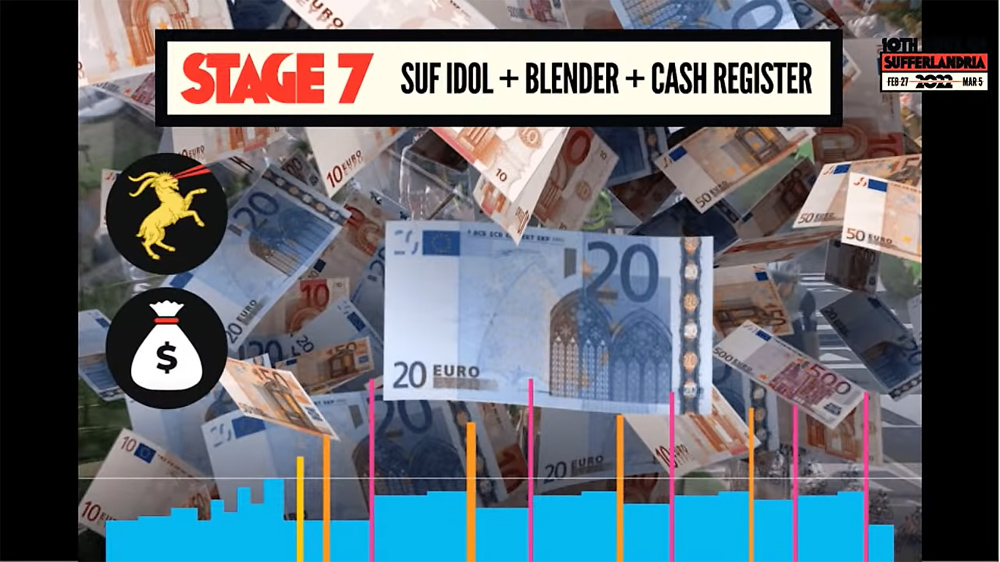 To enter the Tour of Sufferlandria there is a $15 entry charge at DPF and then you can just donate as much as you like to get at those nice prizes. Furthermore, as there is a two week free trial to new users of SYSTM you can do the Tour for nothing if you have an indoor riding setup (and SYSTM tells you about everything you need if you don’t), although it has been noted that once you enter Sufferlandria you can never leave. There are different options for doing the Tour, ranging from Nuclear (or doing each ride at 100% of suggested level based on your FTP) to Get-Me-Through-It. (Having done Nuclear last year, I am doing the saner Focused version but, hey, you go for it!).

For more information and to enter and get into Wahoo SYSTM here are some useful links: