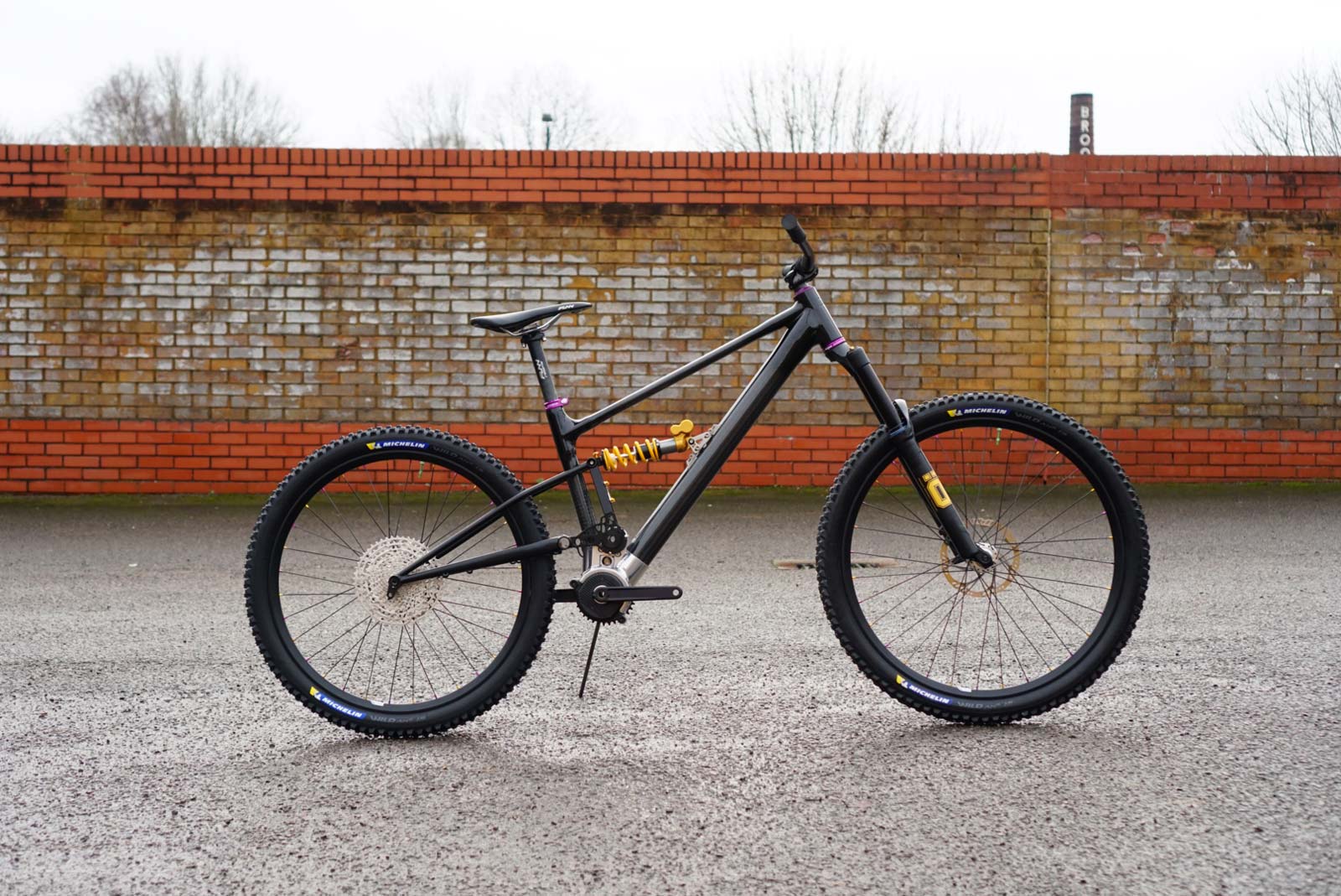 To be clear, this is not a rideable prototype, and that’s not just because it doesn’t have a chain or a set of brakes. The Starling Cycles prototype Carbon eMTB is an exercise in R&D, developed with composites engineers at the National Composites Centre (NCC). The aim? To develop a new high volume, low cost, high-quality manufacturing process for carbon fibre bike frames that is less environmentally damaging than current methods. The result? A carbon eMTB made up of braided thermoplastic tubing that was a little off the mark in terms of founder Joe McEwan’s standards. The NCC-Starling Cycles collaboration continues to refine the technology further. 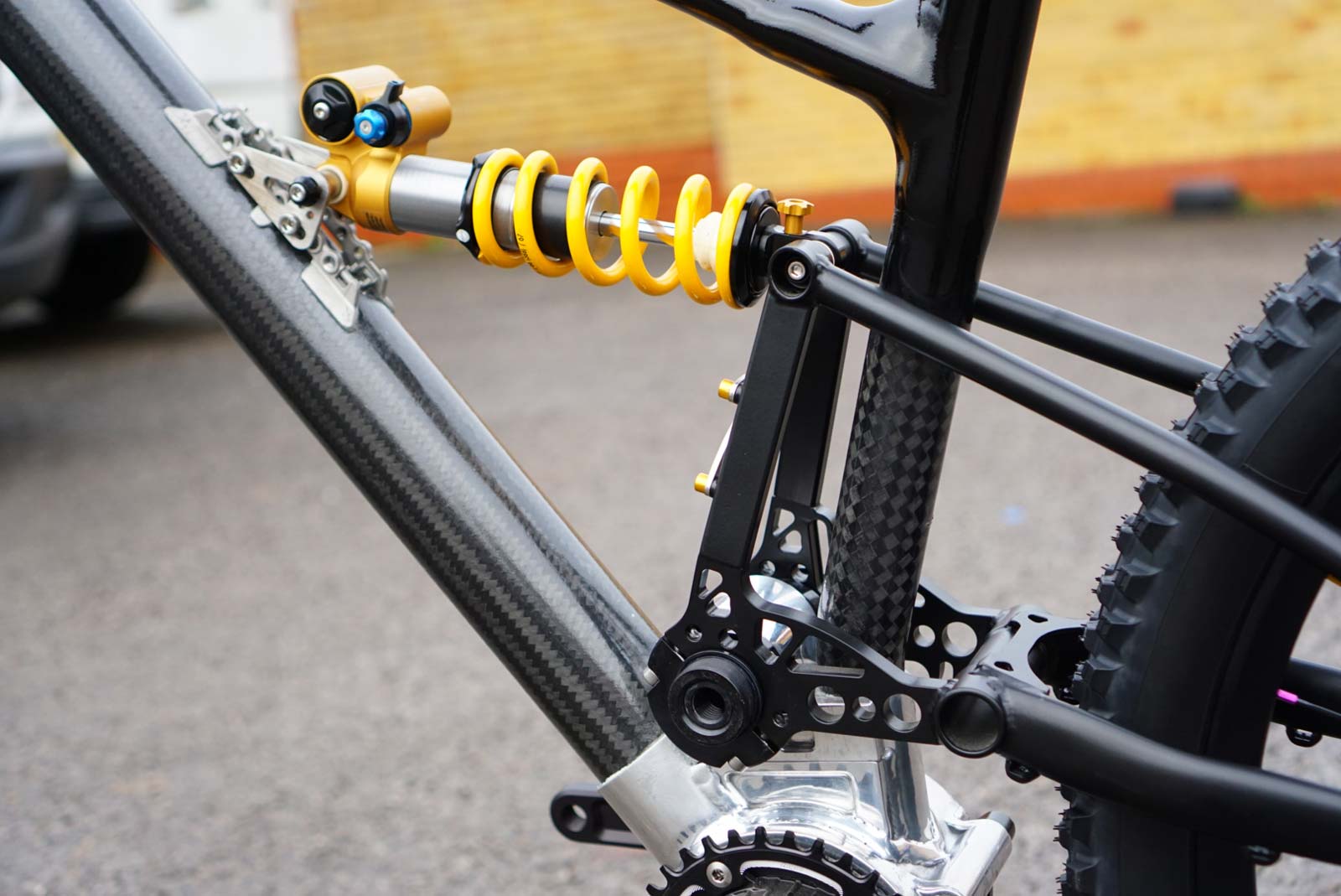 Wait a minute. Don’t Starling Cycles only deal in steel? Yes, steel is the only frame material you’ll find on any of their production bikes (the latest of which is the Roost Hardtail). Yet, few will be aware that Joe McEwan’s technical background lies in carbon fibre composites engineering, a far cry from the mitreing and welding activities you’ll see in his steel frame fabrication workshop in Bristol.

“I never said carbon is rubbish, it’s just that having worked in aerospace and seen carbon manufacture to the highest level, I don’t believe current carbon manufacturing methods for bikes offer anywhere near the kind of quality I’m used to” – Joe McEwan. 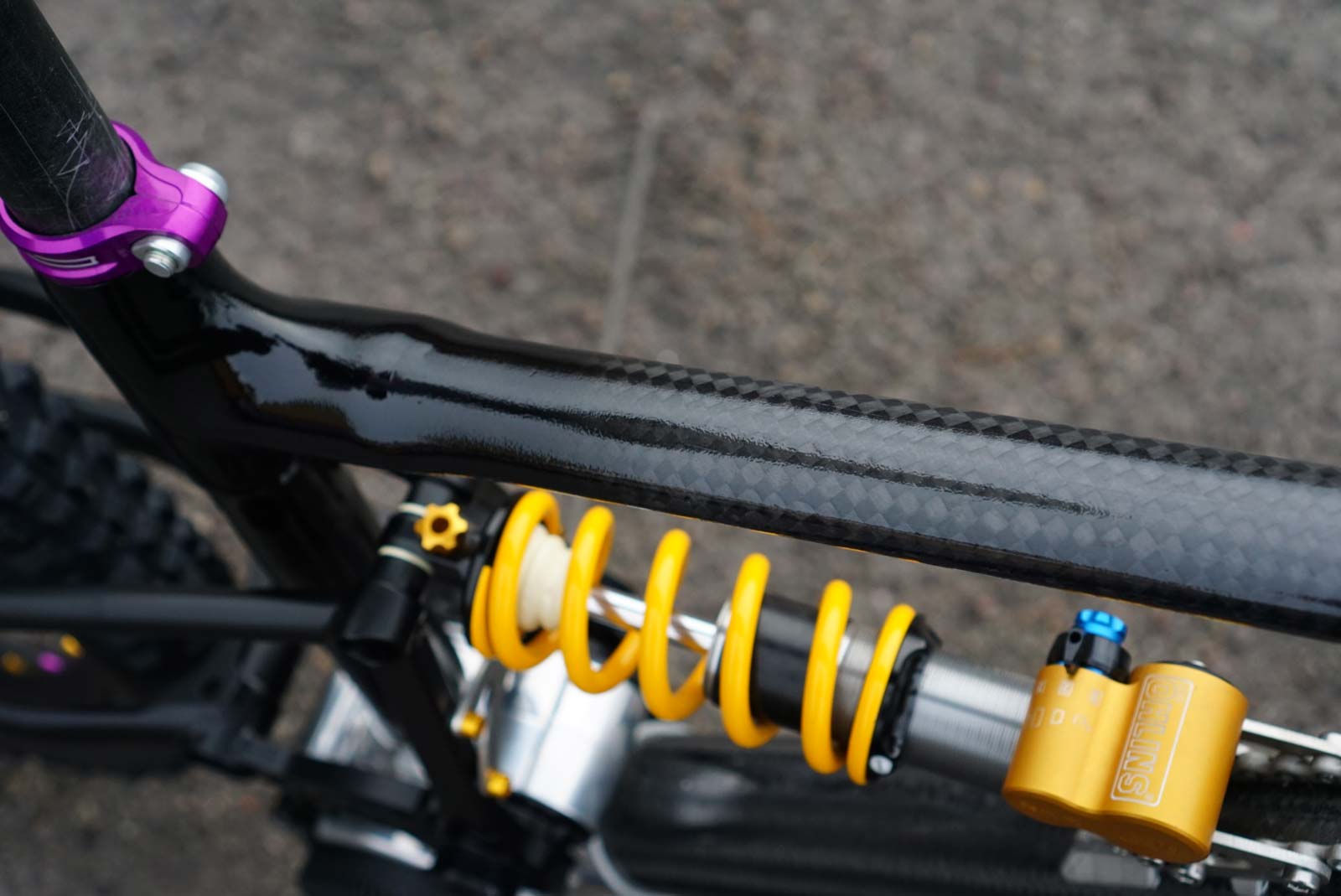 In a previous life, Joe was a Technical Lead on a GKN Aerospace Project undertaken at the NCC, so his relationship with the composites engineers there goes way back. When the opportunity arose to build a bike using braided thermoplastic tubes with novel design lugs, Joe simply couldn’t resist. 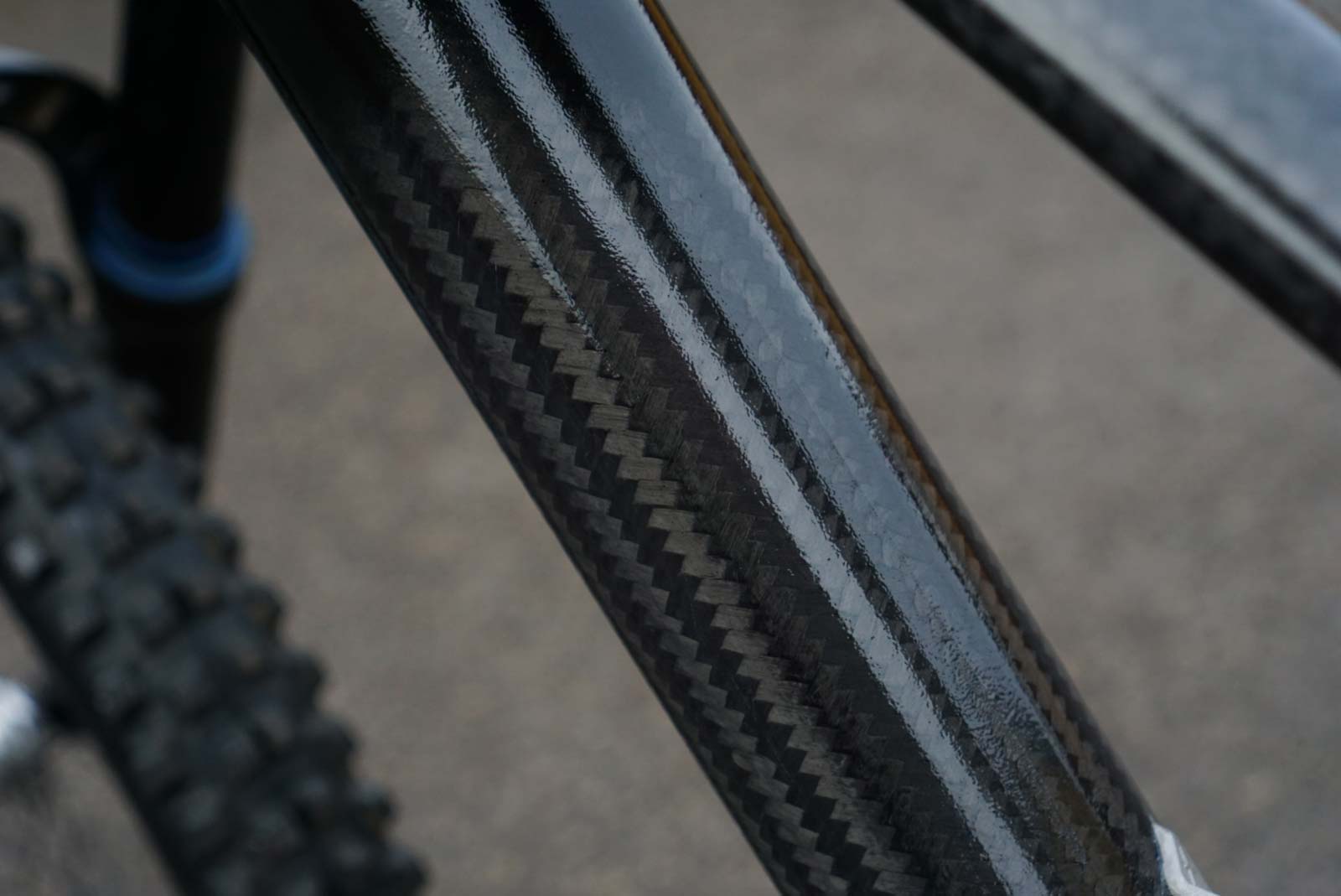 The braided thermoplastic tubing seen on the Starling Carbon eMTB prototype combines nylon and carbon fibre in a new method that is said to improve fibre deposition. Wait. Haven’t we heard this before? Maybe, but without intricate knowledge of composites manufacturing it’s hard to say. That said, it doesn’t sound too dissimilar to what Revel are doing with their RW30 Fusion-Fiber composite rims, not to mention Guerilla Gravity’s Revved Carbon. 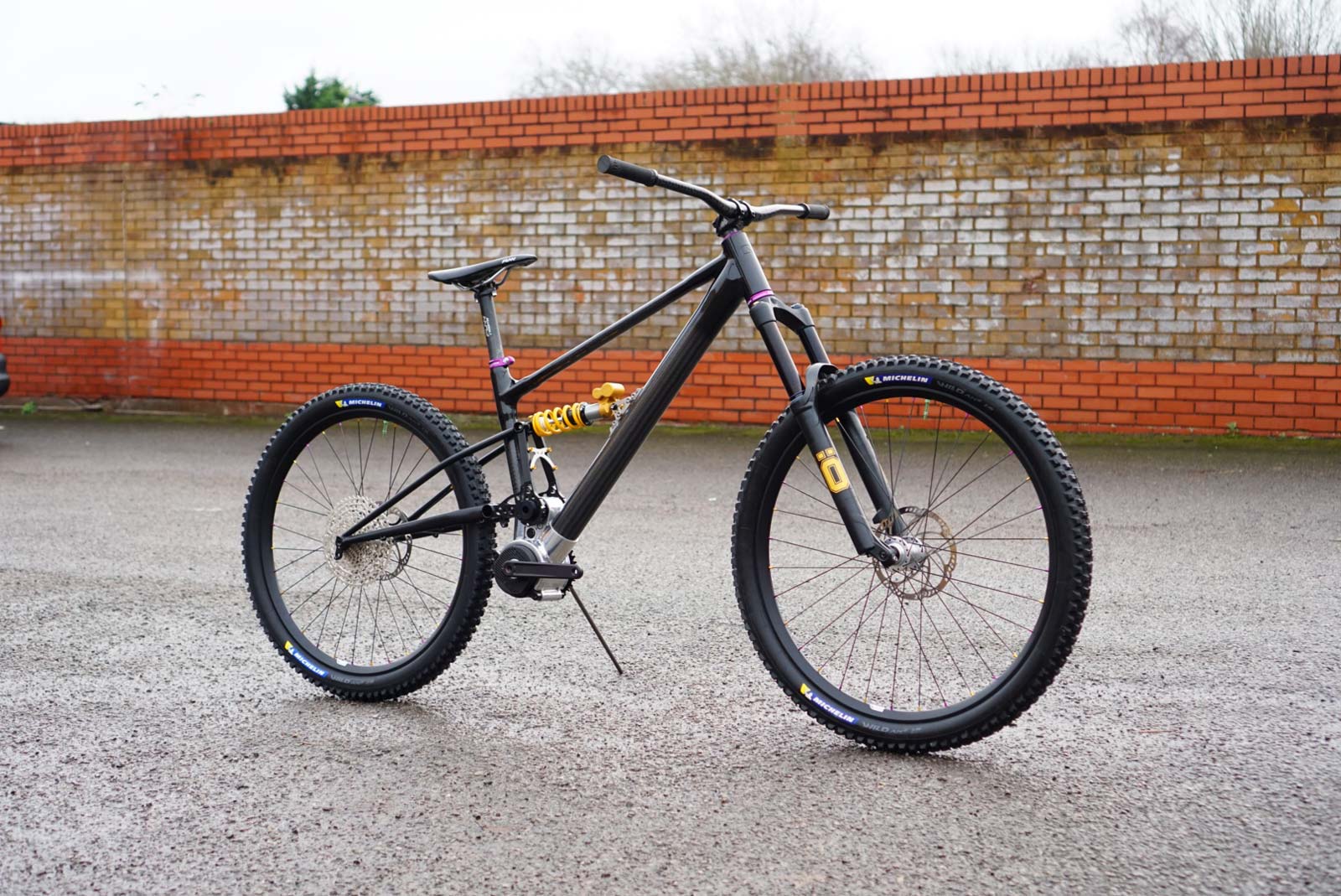 So, about that carbon eBike… 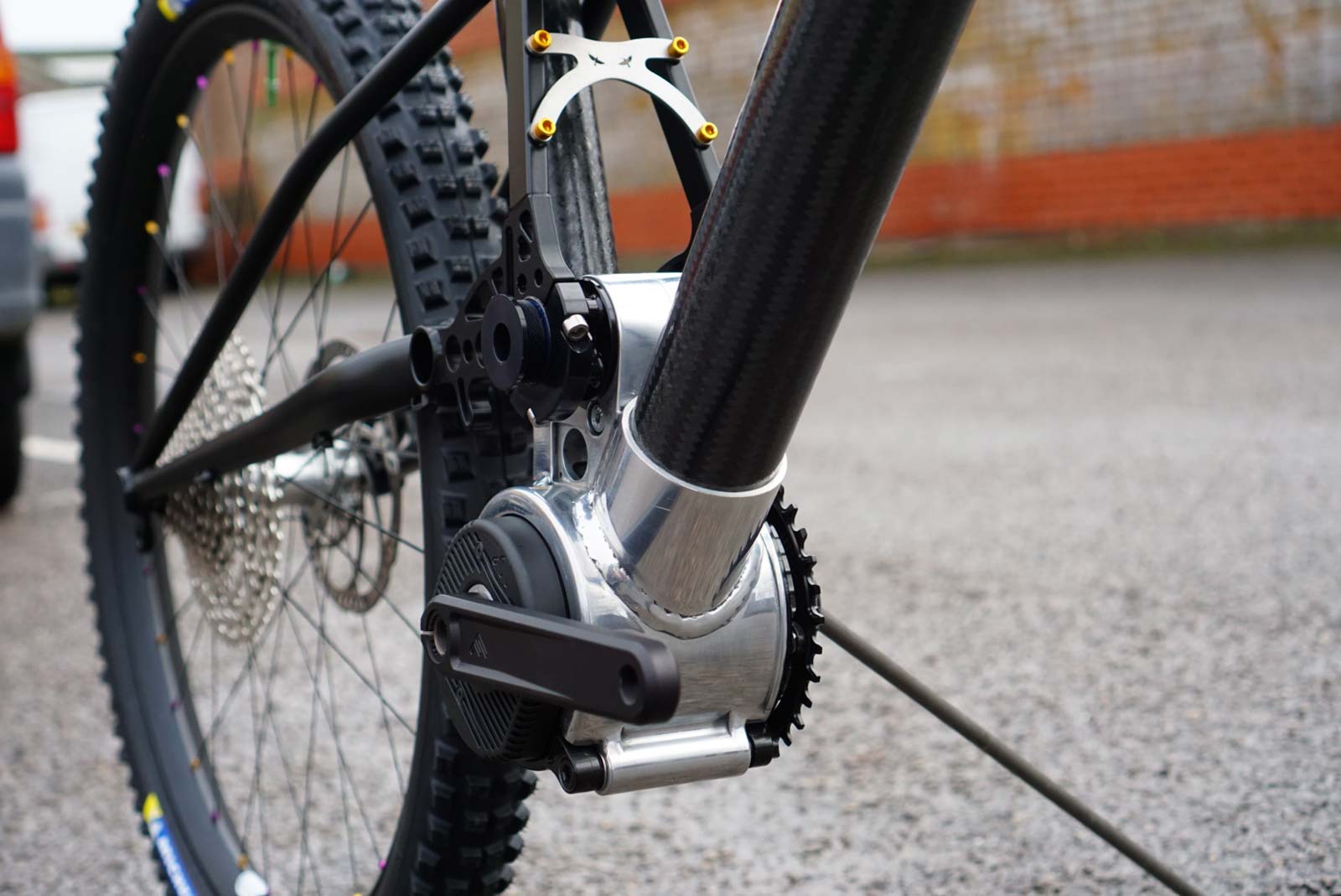 With the chainring on the left, this eMTB was to run a Jack Drive System, much like the Sturn DH bike released at the back end of 2021

This first attempt didn’t quite cut the mustard for Joe. The lugs didn’t work out quite as the team had planned, so the solution you see before you won’t be hitting the trails anytime soon. Determined to let the prototype see the light of day, Joe brought in the 3D Printing experts at 76 Projects to manufacture some lugs. FreeFlow Technologies stepped in to provide a motor, which is in fact the world’s lightest power to weight E-Bike motor, though it hasn’t quite made it to market yet. 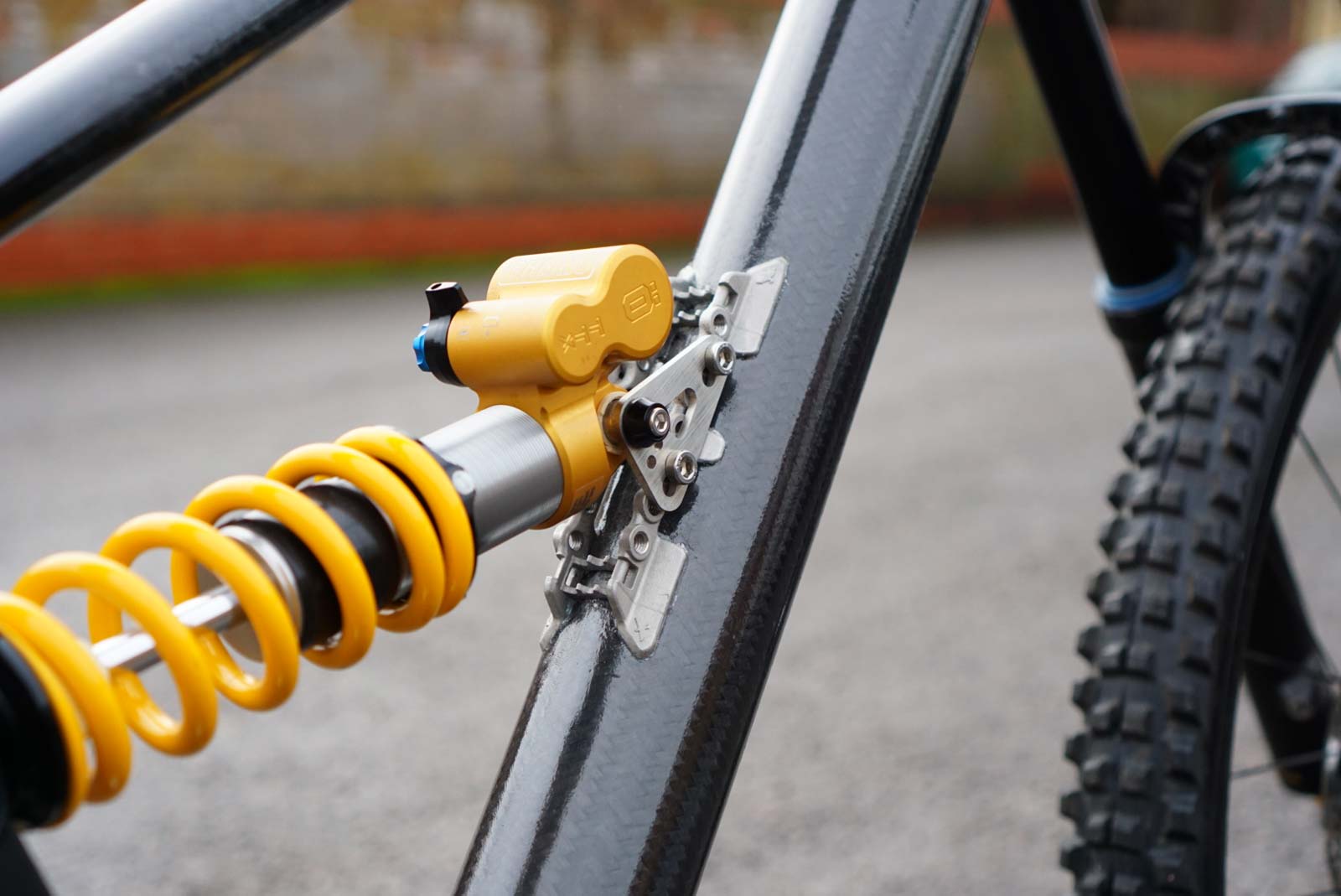 While the initial attempt wasn’t a stellar success the project goes on, and Joe will continue working with the NCC to perform more studies to refine the technology. Watch this space, folks. A production-worthy Carbon Starling eMTB isn’t entirely off the cards.