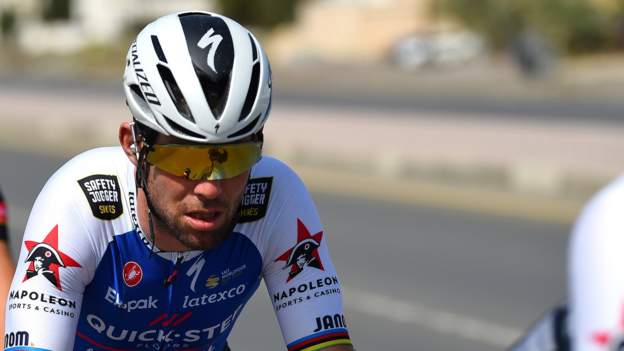 Mark Cavendish missed out on the green jersey at the Tour of Oman after being impeded in the final sprint finish by Maximiliano Richeze, who was later disqualified.

Britain’s Cavendish banged his handlebars in frustration and remonstrated with Argentine Richeze as they crossed the line.

Sprinter Cavendish, who crossed the line in sixth, was hoping for a repeat of his victory on the same stage in 2011 and was clearly exasperated by the actions of Richeze, a UAE Team Emirates colleague of Colombian Gaviria.

The incident ended Cavendish’s hopes of clawing back his deficit in the points classification.

The Manxman, who won stage two, was docked nine points on Monday’s fifth stage for holding on to a car while returning to the peloton after a crash in which he fell heavily.