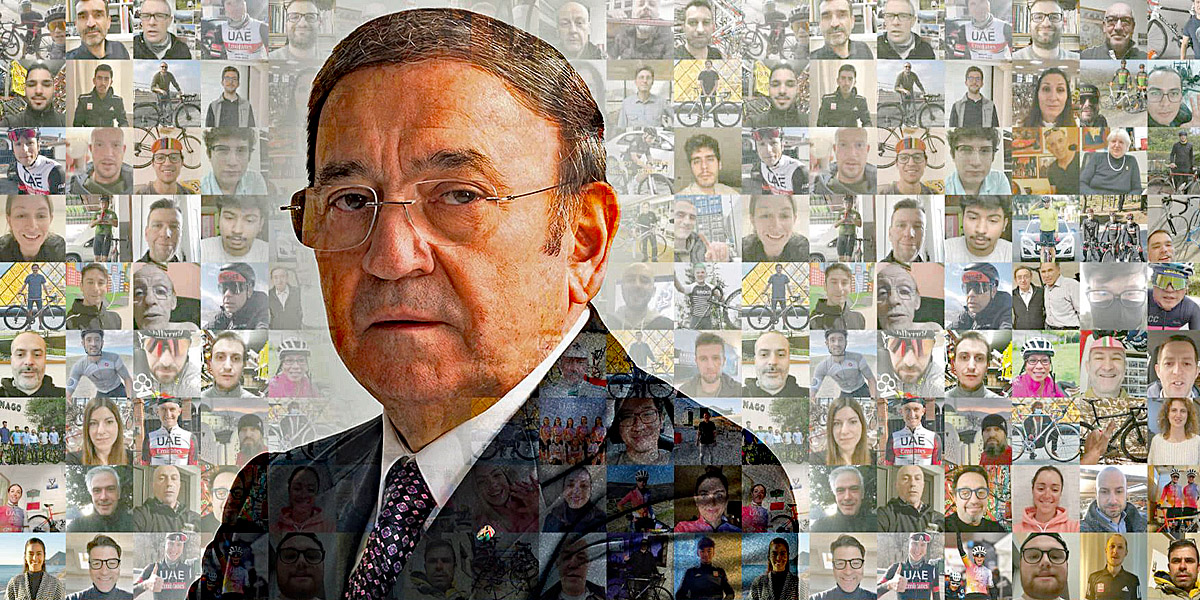 On February 9, a milestone was reached by one of cycling’s iconic figures as Ernesto Colnago celebrated his 90th birthday. No Tour de France winner nor Olympian, Signore Colnago is one of the sport’s great entrepreneurs and innovators and continues even now to run the company he established in 1954. 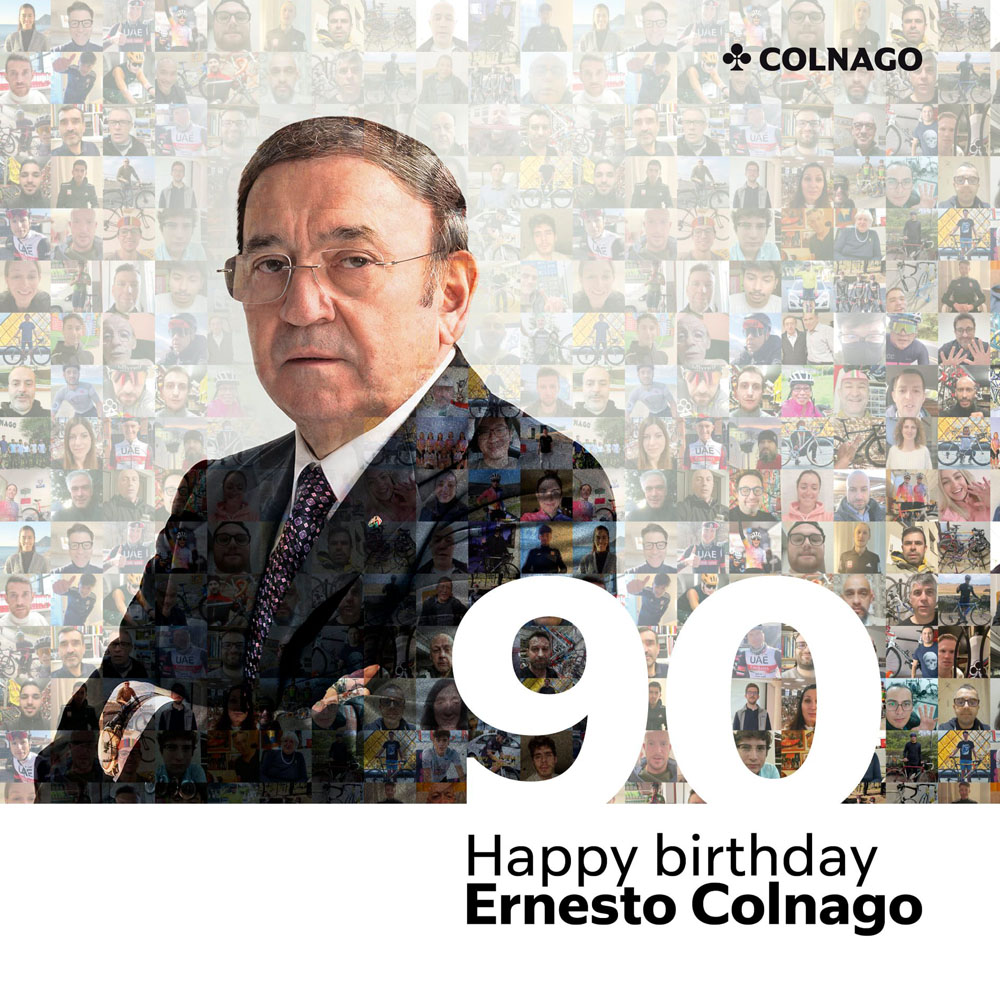 The story began in 1945 when young Ernesto (really young Ernesto!) fiddled his date of birth and began work at the Gloria bicycle factory in Milan as a welder. Taking up racing, this potential career path ended with a crash and, forced to rest during his convalescence, he assembled wheels at home. These were in such demand that he was earning double what he did at the workshop and decided to go out on his own. The first bicycles bearing his name came out from his little shop in Cambiago in 1954 and that same year he was drafted by Fiorenzo Magni to help out with Magni’s Nivea-sponsored racing team. It was there that Colnago met another Italian framebuilding legend, Faliero Masi, from whom he learned a great deal. But Colnago had his own ideas and was the first to cold-bend forks in order to improve their performance. 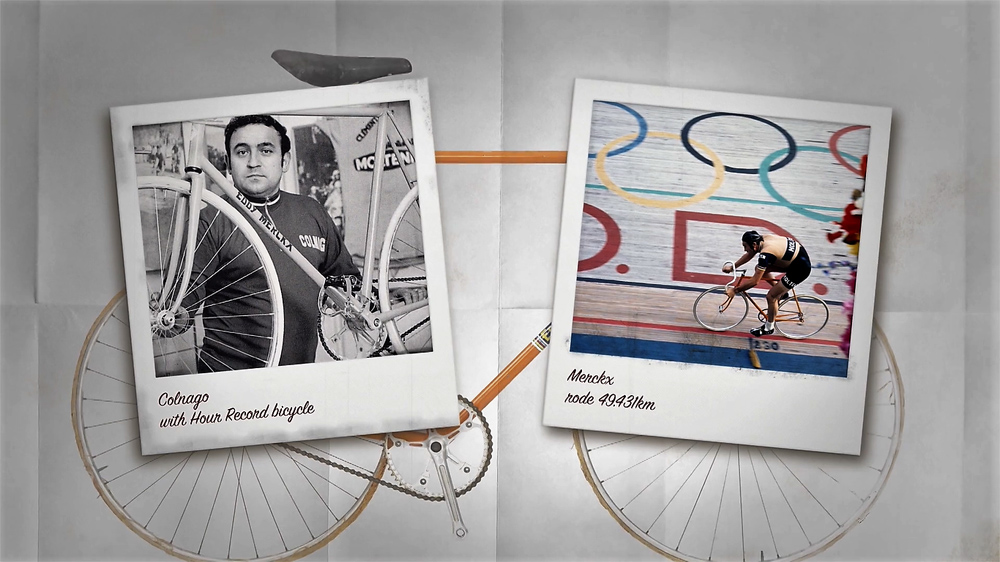 While operating his own shop, Colnago continued to work with professional teams and was the head mechanic for the legendary Molteni squad, a team he helped sponsor in 1970, having recognized the talents of one Eddy Merckx, someone who felt a different bicycle was needed for each race. Of course, Colnago built the bike that the Cannibal used to claim the One Hour Record in 1972, a bike that used shaved Columbus tubing, a titanium stem (made in Detroit!), and 80 gram tubular tires to come up with a total weight of 5.75 kg. Today one thinks more in terms of aerodynamics for the One Hour Record but a half century ago this was a huge accomplishment—and it took 200 hours to build! 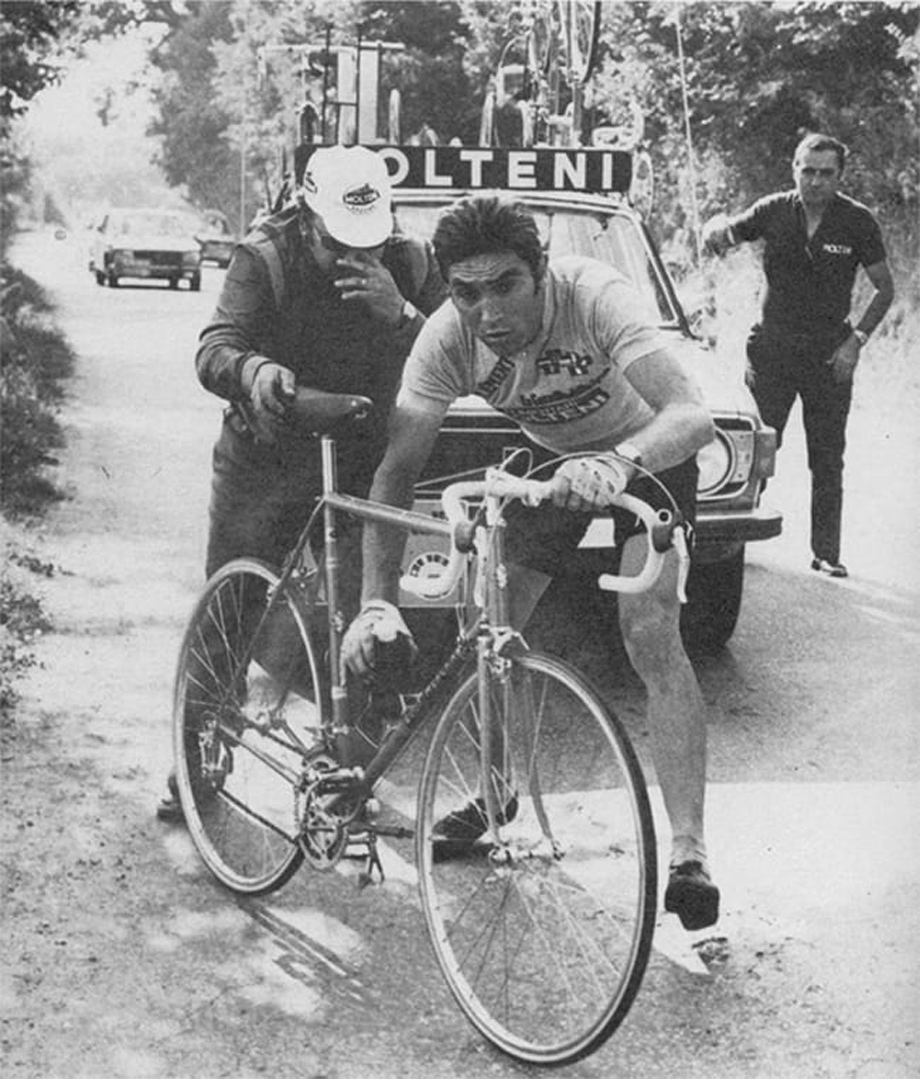 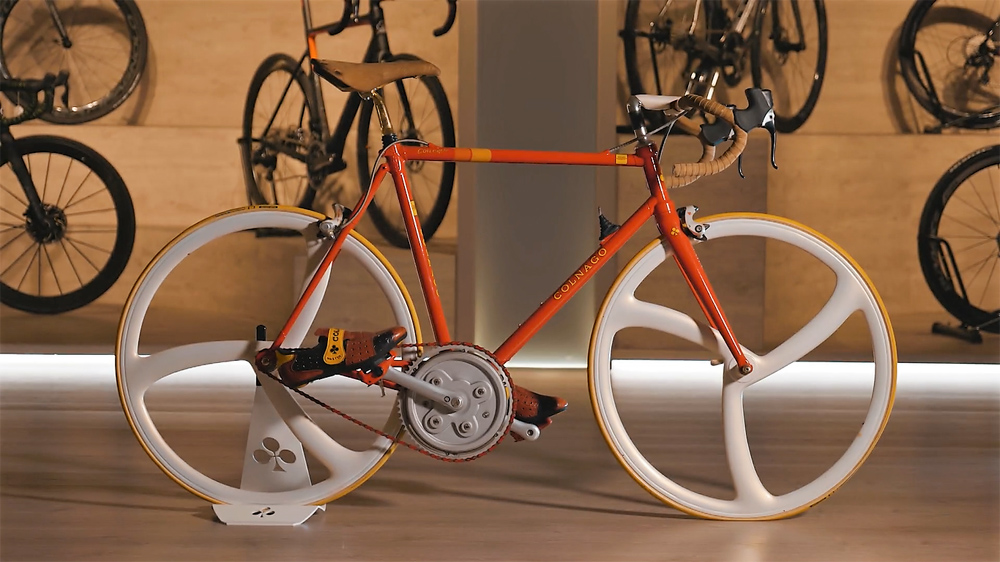 Colnago’s list of innovations is remarkable, including straight-bladed forks, star-shaped steel tubing, compact geometry and carbon frames. Colnago began a collaboration with racing car builder Ferrari in 1986 and the eventual result was the first all-carbon bicycle to enter commercial production with the C35 in 1989. This was soon followed up by the wonderful C40, which was ridden by the Mapei team to four Paris-Roubaix victories in five years, between 1995 and 2000. In 2012 the C59, the first racing bicycle with disc brakes, made its debut at the Taipei bicycle show. The company already saw the future in 2005 as it was realized that mid-range bikes could no longer be produced competitively in Italy, moving production to Asia. The only frameset actually manufactured in Italy today–although all engineering and design for all Colnagos takes place there—is the tube-and-lug C60, a carbon frame that can be customized. And for those who still believe Steel is Real, the company will still sell you a beautiful Master, with its star-shaped tubing, or an Arabesque. 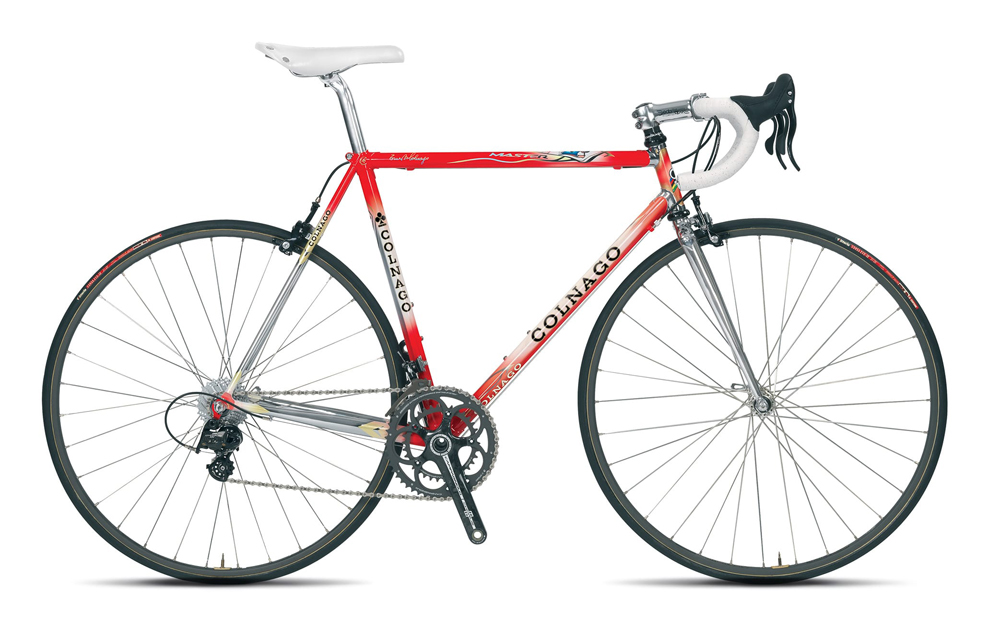 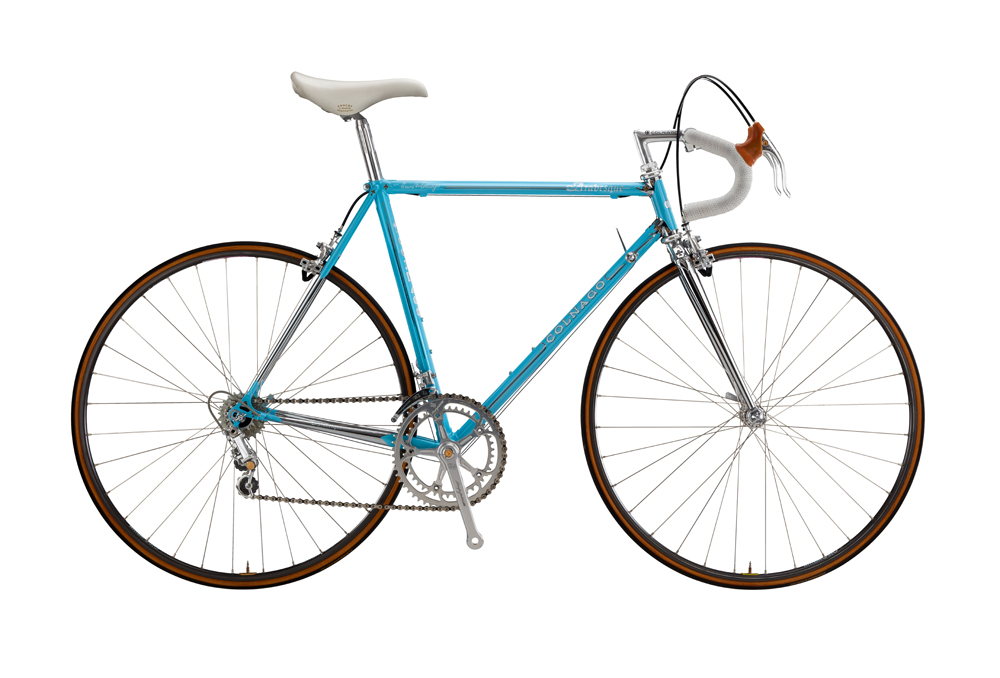 With such a long history, it is no wonder that the company can boast of so many professional race wins: 62 World Championships, 38 One Day Classics, 21 Grand Tours (including the two most recent Tours de France), and 18 Olympic golds. Keeping up with the times, Colnago is now looking at gravel racing as it emerges as a popular sport. 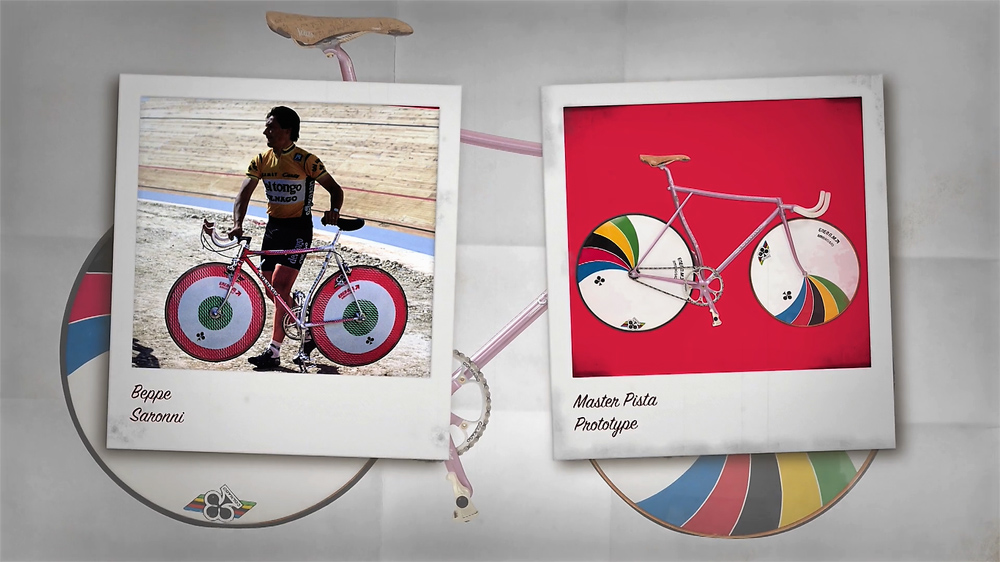 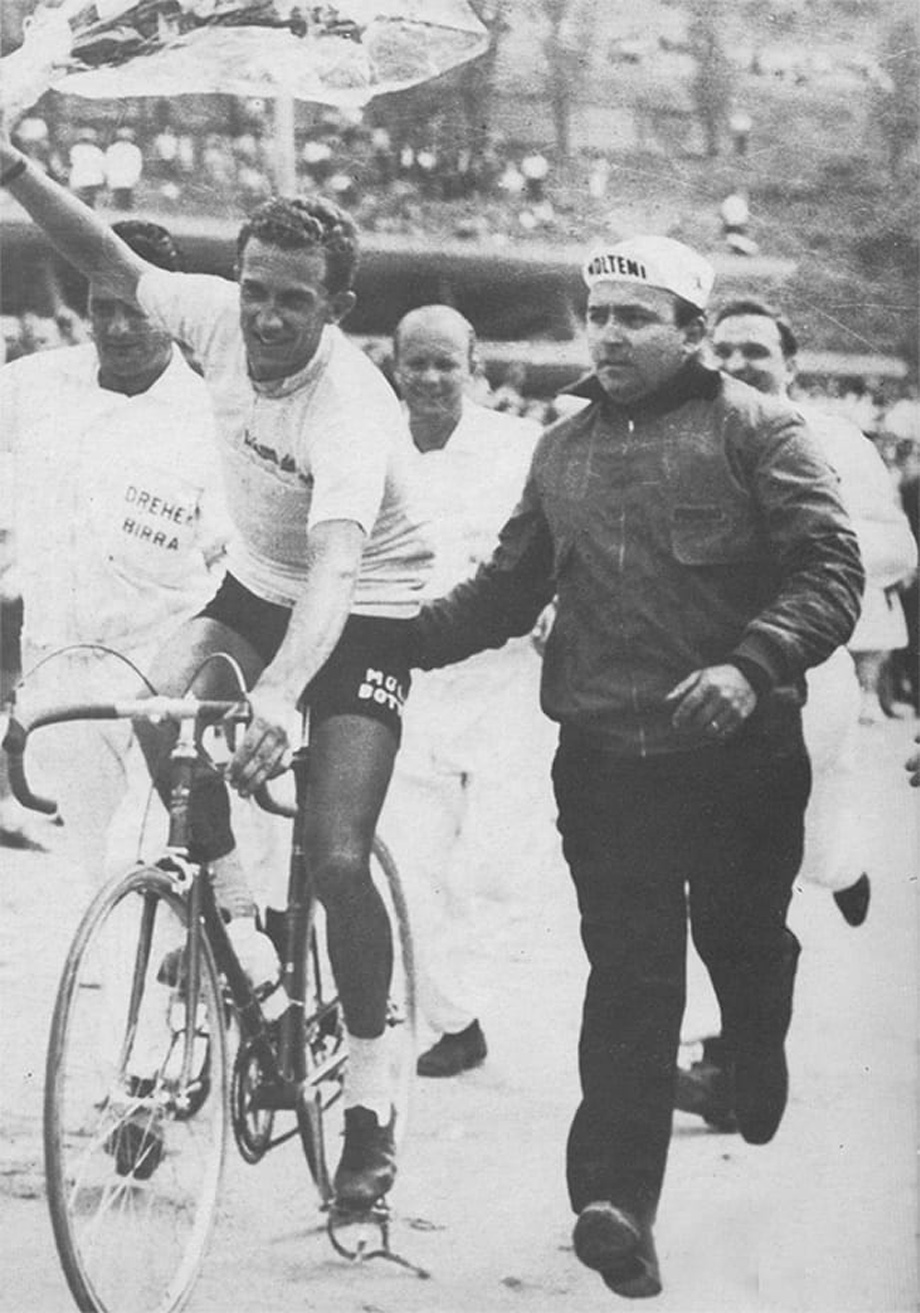 Ernesto Colnago has always been active in supporting promising riders and competitive teams but he is clearly someone who lives for the bicycle, continuing to walk across the street from his home to the office each day, even as a nonagenarian. Nobody can outride the Broom Wagon of Time, of course, and so in 2020 the decision was made to sell a majority share in the company to an investment fund from Abu Dhabi. 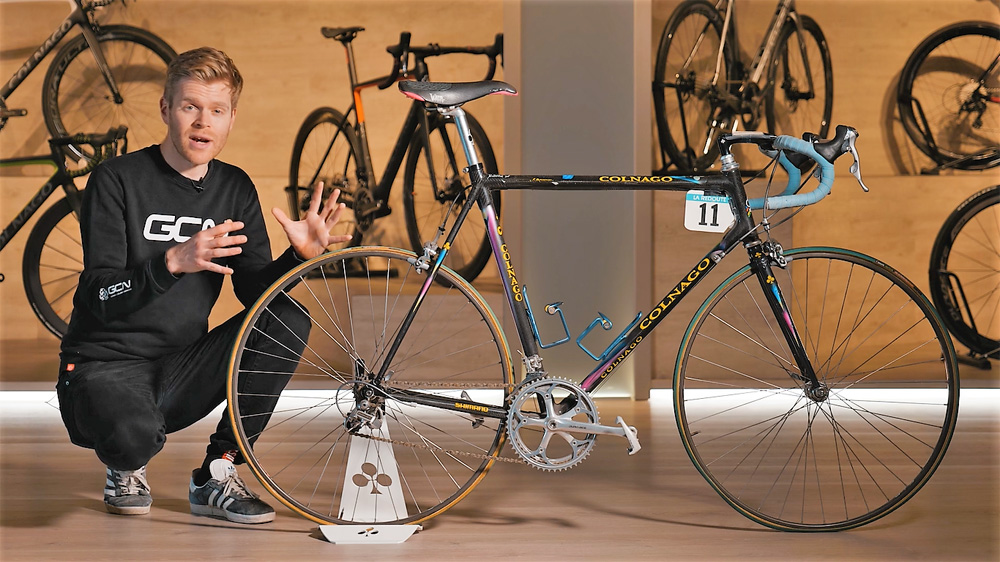 As one of its first documentaries under its “Science and Technology” them, GCN+ did a 35 minute video about Colnago, the man and the company’s history, in “Colnago: The Art of Bicycle Design.” While Colnago is what the Germans call a “Traditionsfirma,” it has had a remarkable history of constant change and boasts one of the most prestigious names in the industry. 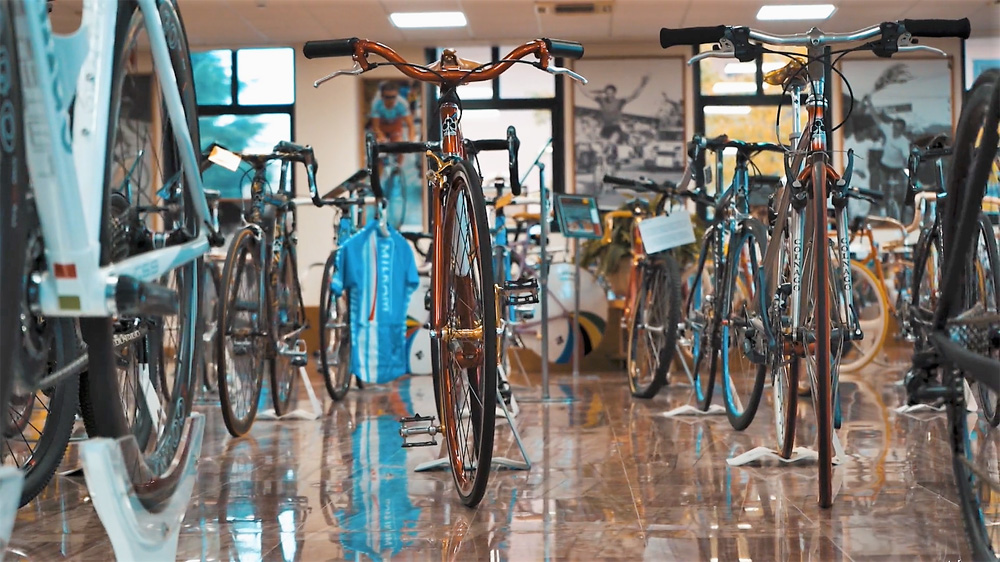 Return of the Mongoose Hooligan – A 90s Classic BMX returns as a 29er
Can Heat Training Slow You Down?
Thule adds 2 new categories to get your best riding buddies to the trailhead & around town
GIRO’22 Stage 4: Kämna Conquers Etna!
Transgender athletes: What do the scientists say?