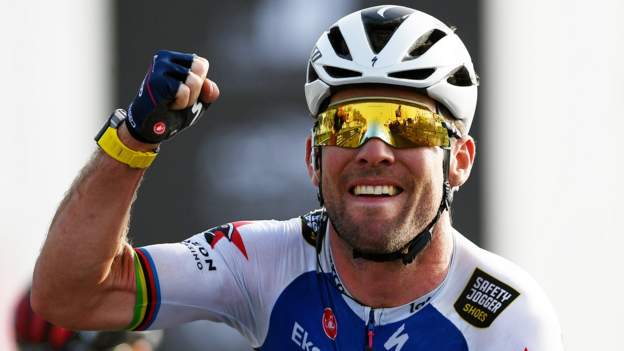 Mark Cavendish took victory on stage two of the UAE Tour as he moved to third in the overall standings.

“I knew we could win here,” said the 36-year-old Cavendish.

“[The team’s] job was to get me to the final feeling as fresh as possible and they did it so well that I was able to launch with 300 to 350m to go.”

The win was the 158th of Cavendish’s professional career.

He added: “I’m happy I could hold off Philipsen.”

Philipsen leads second-placed Dmitrii Strakhov by four seconds in the overall standings, with Cavendish six seconds off the front.

Stage three on Tuesday will be an individual time trial.