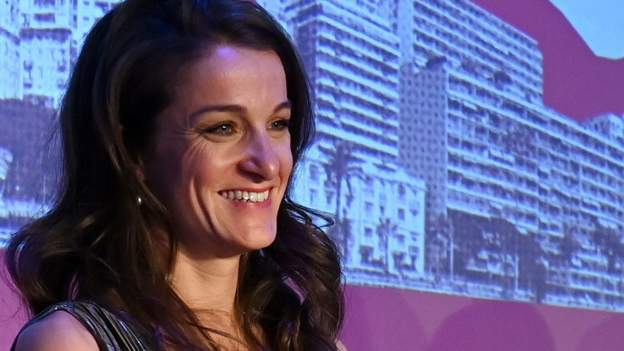 Britain’s Lizzie Deignan has announced she is pregnant for a second time and will not race again until next year.

Deignan, 33, is expecting her second child with husband Phil following the birth of daughter Orla in 2018.

The Trek-Segafredo rider won the first ever women’s Paris-Roubaix last year after an 80km solo breakaway saw her power home in treacherous conditions.

“I feel like I am established and able in my career to make the next step to have another child,” she said.

The 2015 road world champion is due to give birth in September and will not contest the 2022 season.

She will miss out on defending her Paris-Roubaix title in April and taking part in the first women’s Tour de France stage race for more than 30 years in July.

“Obviously having a baby is a big decision, but it wasn’t a difficult one for us,” the Olympic silver medallist added. “We’ve always wanted to have a big family and I think the time is right to have another child.”

Deignan, from Otley in West Yorkshire, aims to race in 2023 and 2024 for Trek, and has extended her contract accordingly.

“I think it’s really important that women don’t see the fact that they want to become a mother as a limiting factor in their career,” she said.

“To be able to combine the two has made me very proud. Talking with Trek and telling them about my pregnancy, they gave me their complete support.

Deignan has previously said she “almost had to apologise” for her first pregnancy, adding that reaction from inside the sport “wasn’t good”.

“I feel like I still have plenty to give from an athletic standpoint,” she said. “Having been through the journey of having a baby and returning to the sport, I’ve realised that it is possible, and physically it’s actually easier than I expected.”

She added: “It’s obviously demanding and challenging on your body but it’s certainly not limiting, so that was a huge surprise after having Orla, and something that helps my decision in coming back after another baby.”