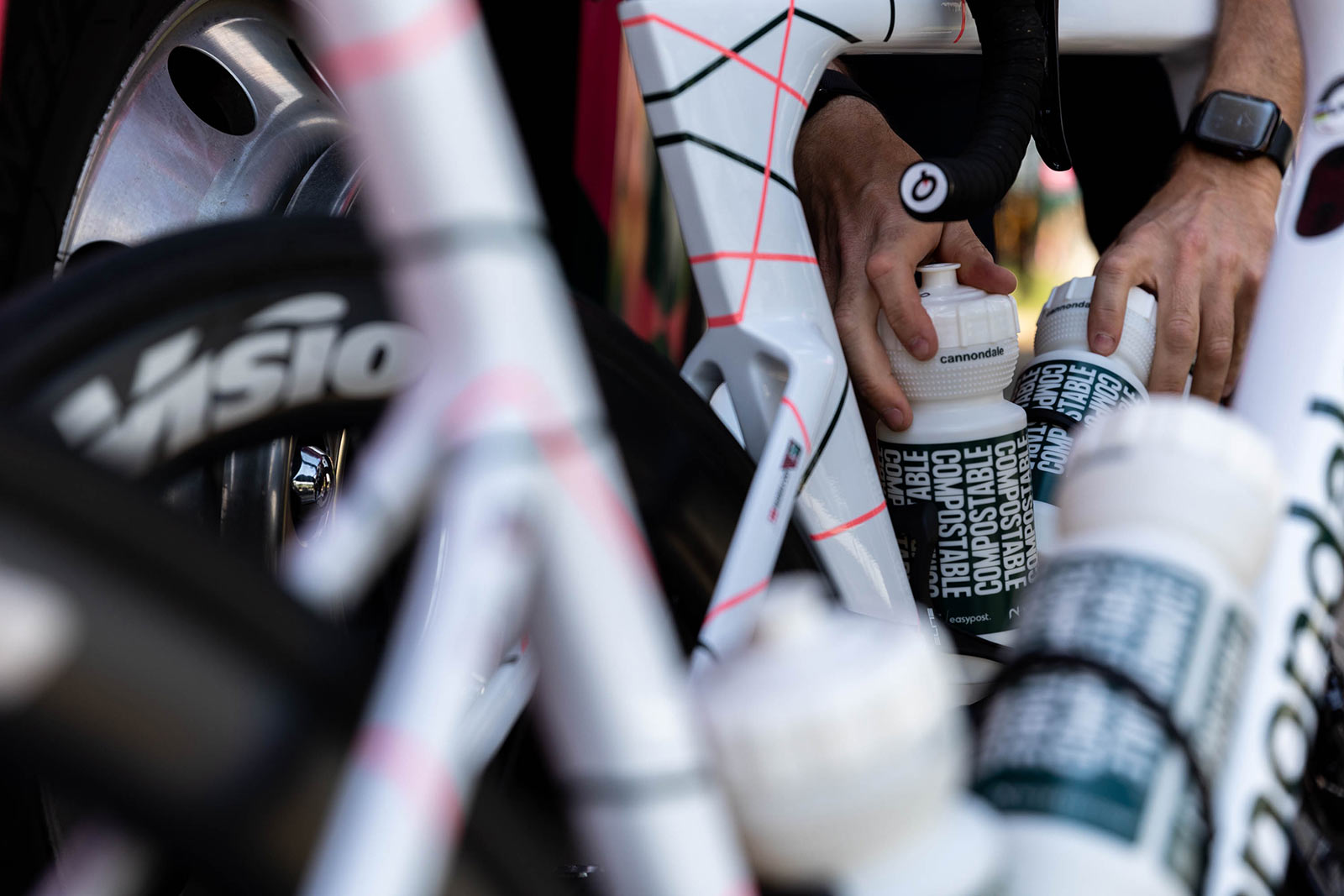 According to Cannondale, pro cycling teams go through more than half a million plastic water bottles per year, many of them only used once before getting cast to the side of the road during a race. While some become souvenirs, many head to the landfill for pretty much ever.

These new 100% compostable water bottles aim to alleviate that by replacing the traditional plastic bidon with one that’ll eliminate approximately 630,000 bottles from going to the dump. They say 70,000 of those are used in the Grand Tour alone, and that 34,000 bottles are used in a season by EF Education – EasyPost/TIBCO men’s and women’s teams.

It’s derived from plant-based materials, with the entire bottle, cap, and bite valve all being completely compostable. And, it’s free from plasticizers, heavy metals, and BPAs, so it’s good for us humans, too. 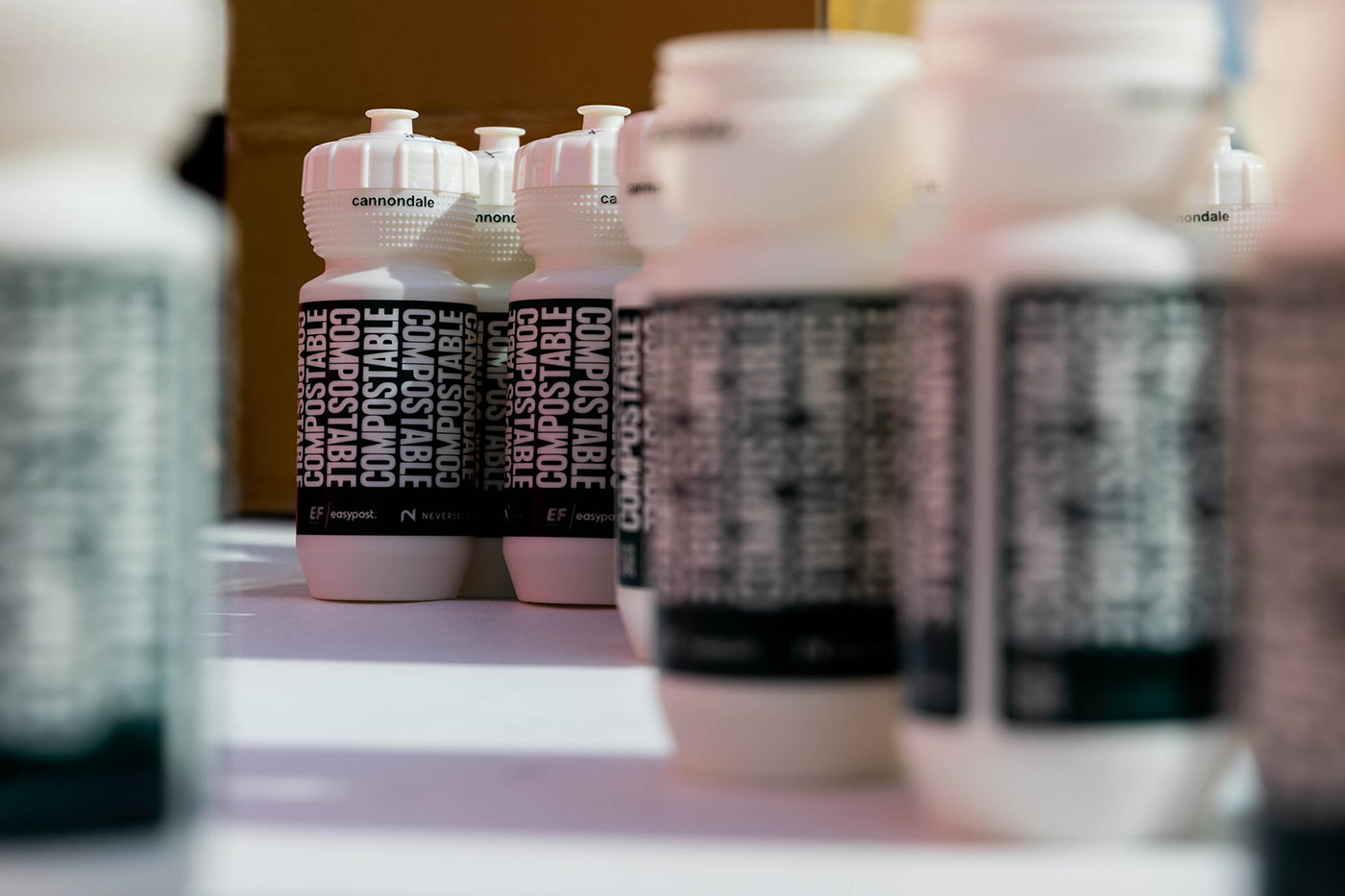 According to Cannondale, it will “decompose in as quickly as 3 months, in an industrial compost system once exposed to micro-organisms, heat and humidity. This is certified by European Compost Standards EN13242. At home, this will be approximately 10 – 12 months due to the variability in home compost systems.”

Initially the bottle will be used by their World Tour teams, then opened up for the entire World Tour for the 2023 season and beyond. While there are no immediate plans for selling them to the public, we’d certainly like to see that option sooner than later.