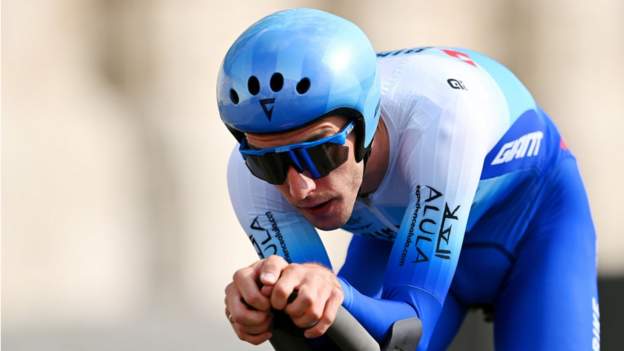 Britain’s Simon Yates took stage two in the Giro d’Italia after storming to a surprise victory in the time trial.

“For sure this is my best time trial victory. I’m of course very happy. It’s a little bit unexpected,” said Yates after the fifth Giro d’Italia stage victory of his career.

He led the Giro for almost two weeks in 2018 before his challenge collapsed late on, and finished third in the race last year.

“We have worked hard on the time-trial bike and wanted to go as fast as possible here,” added Yates, who handled the cobbled section well when others appeared to have struggled.

“I rode the fastest I could, also on the flat. I was never confident to win until Mathieu van der Poel crossed the line. Today was just a 10-minute effort. There are still many more to come.”

This was the second of three stages in Hungary before the race moves to Sicily next week.