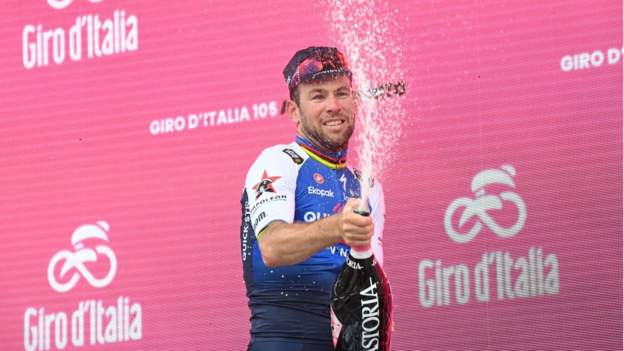 Mark Cavendish made it two British wins in two days at the Giro d’Italia as he out-sprinted the peloton to win the third stage on Sunday in Hungary.

The 36-year-old, riding the race for the first time since 2013, hit the front with 300m to go and held off Arnaud Demare and Fernando Gaviria to take his 16th Giro stage win.

It follows Simon Yates’ win in the time trial on Saturday.

Monday sees the riders fly to Italy for stage four in Sicily on Tuesday.