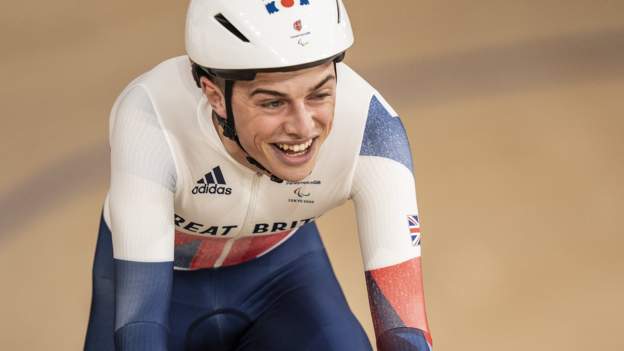 The 22-year-old, Scot, a double silver medallist on the track and road at the Tokyo Paralympics, had won Friday’s time trial.

There was also gold on the final day of competition for women’s tandem pair Sophie Unwin and Jenny Holl.

The pair improved on their time trial silver with road race victory.

Triathlete Fran Brown edged out fellow Briton Katie Toft in the women’s C1 category where the pair were the only competitors, while Brown’s triathlon team-mate George Peasgood showed his cycling prowess once again with time trial gold in the C4 event.